For three years, Uber Eats has been infiltrating the Australian Open in unexpected, non-traditional ways to promote online food delivery. This year marks the fourth year of sponsorship with a new campaign, created by Special Australia, to promote grocery delivery as an extension from the recent campaign “This calls for”.

The campaign “Choose your own AO” features tournament stars Ash Barty, Nick Kyrgios and Todd Woodbridge in a series of films that each propose three alternate endings.  In order to see how the stories unfold, viewers must have their phones ready and scan the QR code to see the highly entertaining and very surprising ending of their choice. An online media buy, supporting the broadcast campaign, also sees placements that have been purposefully selected to empower viewers to choose their preferred ending.

The films all set up dramatic moments of need – an on court blackout for Ash, a moment of frustration towards the umpire for Nick; and Todd losing his voice while in the middle of commentating. Viewers are then given the power to choose a grocery product and scan the QR code for the ending that solves the moment of need.

Says David Griffiths, head of marketing, Uber Eats: “Going into our fourth year at the AO we wanted to do something different. Something that made Aussies stop what they were doing and go on an entertainment journey. Having such adventurous content available exclusively online is daring but with Uber Eats offering more choice than ever with new categories like alcohol, grocery and personal care items now available on the platform – it made sense to reflect that choice and give the audience the freedom to pick their own adventure. The three week campaign is an extension of our latest brand platform This Calls For and alongside TV sees us leverage non-traditional channels bringing more people in to discover what we’re doing. Keep an eye out for exclusives, easter eggs and loads more unexpected twists as the campaign unfolds.”

Says Sarah Parris, creative director, Special Australia: “Since Uber Eats sponsored the Aus Open, they’ve become known for playing with the viewing format. We’ve ambushed, we’ve made the tennis score a game, now with Uber Eats offering even more delivery choice with groceries, it seemed only fitting to let the actual mechanics of the idea bring that to life.”

For Ash Barty, each dramatic ending sees the world’s number one ranked tennis player lead a candle filled seance that summons Pat Rafter’s ponytail from 1988, carrots which gives her the power of night vision to spotlight incredibly strange behaviour from the audience and on court officials; or batteries which lead to a horror film where Ash is stalked by terrifying twin ball girls.


For Nick Krygios, viewers can choose the chocolates to unlock a montage of romantic moments with an umpire; a relaxing bubble bath or a blissed out trip to a euphoric world where tea is the gateway to adventure, with Nick remarking “I’ve had tea but I’ve never been tea”.


And, for event commentator Todd Woodbridge Uber Eats offers up permanent markers, lemon & honey or garlic to sooth his lost and croaky voice and depending on which QR code they choose, the audience can see Todd transform from commentator to cleaner to drop truth bombs to Kyrgios (who’s mid shower), discover a new talent by joining a barbershop style quartet or wipe out players with his garlic breath.


In addition to taking control and deciding the fate of talent via the endings, there are easter egg promotions on groceries and alcohol scattered throughout to reward people for engagement.

The sponsorship is brought to life across TV, social, online and OOH as well as reactive social content (created by Hello Social) during the tennis. 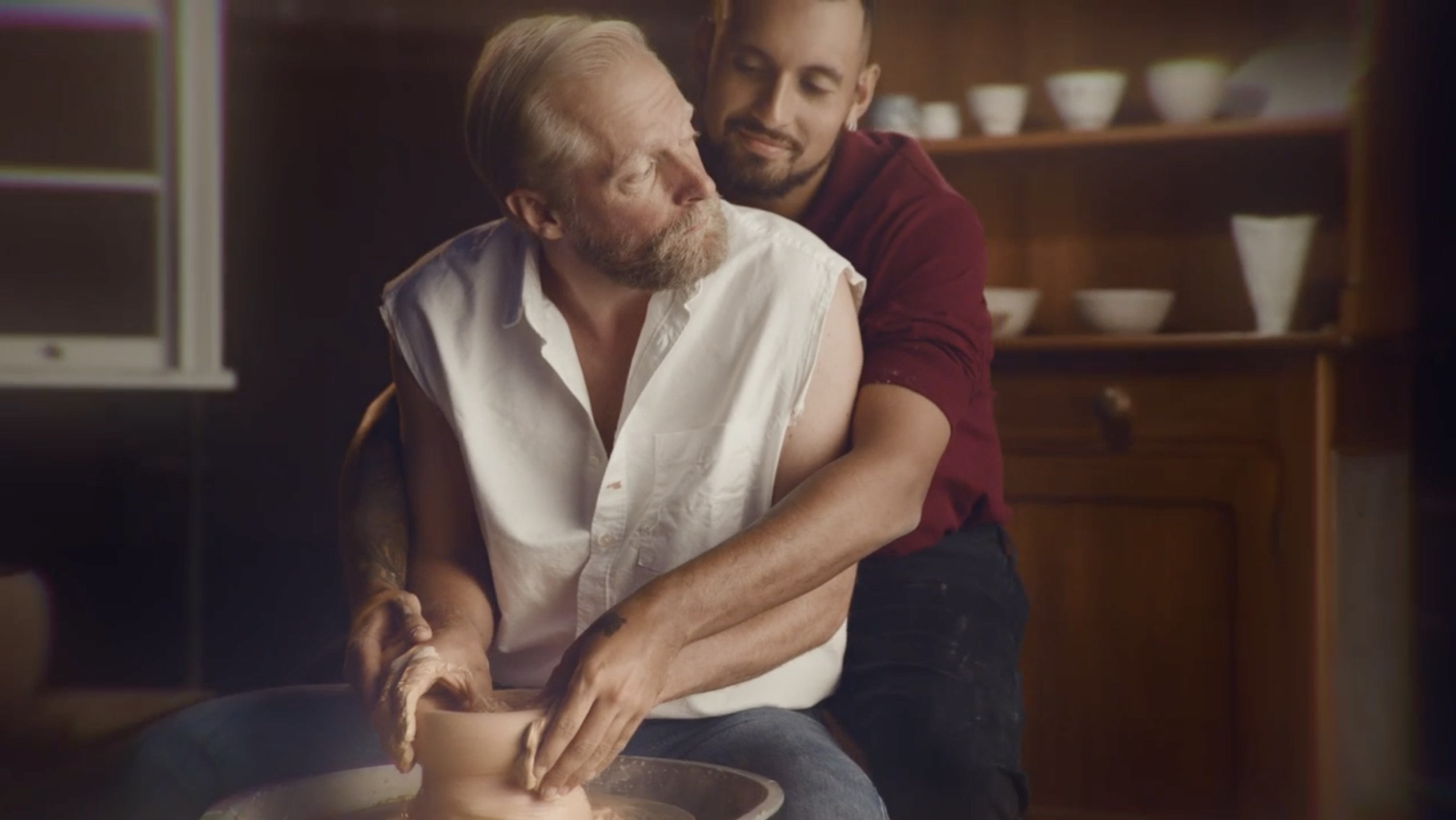 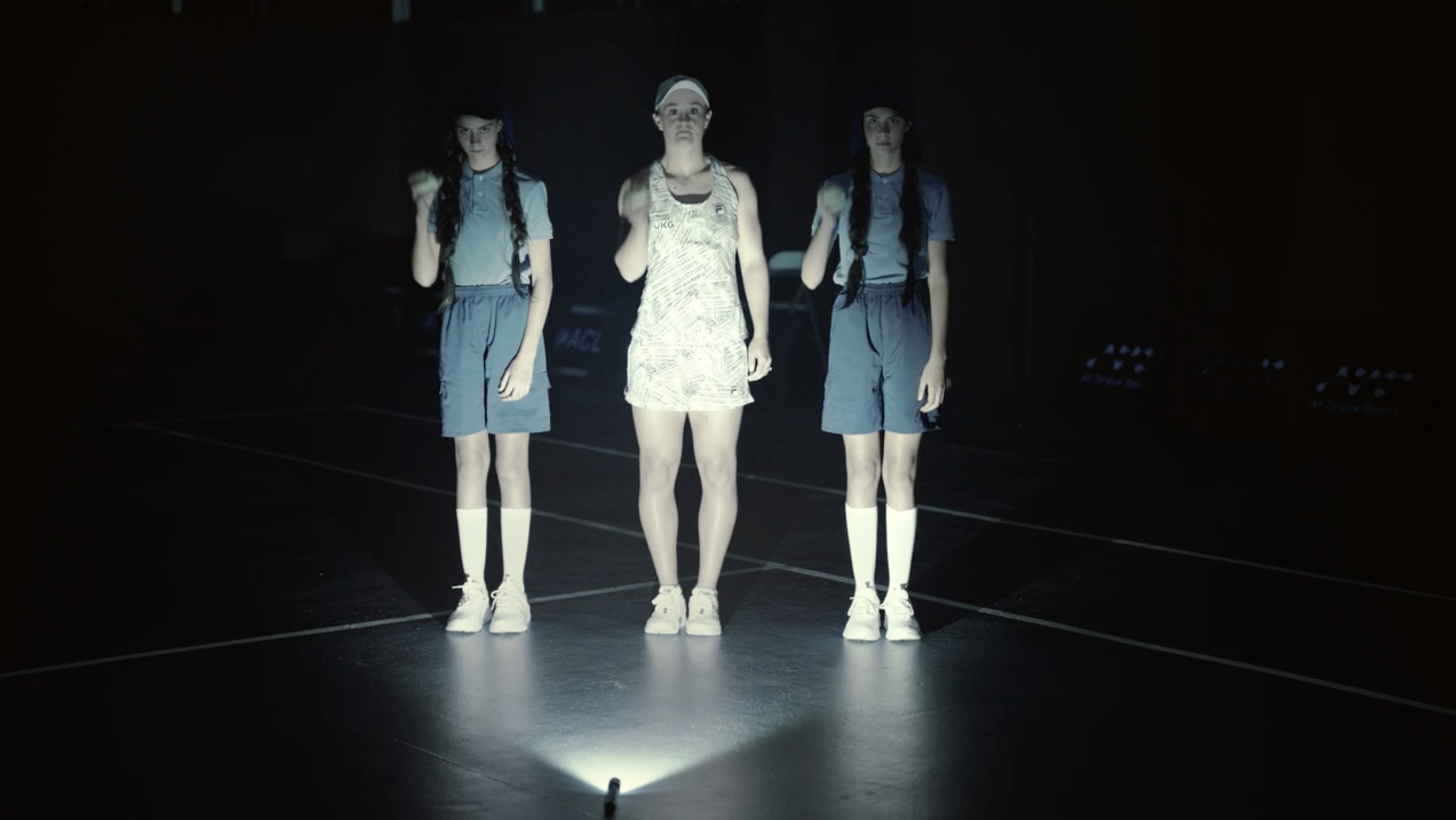