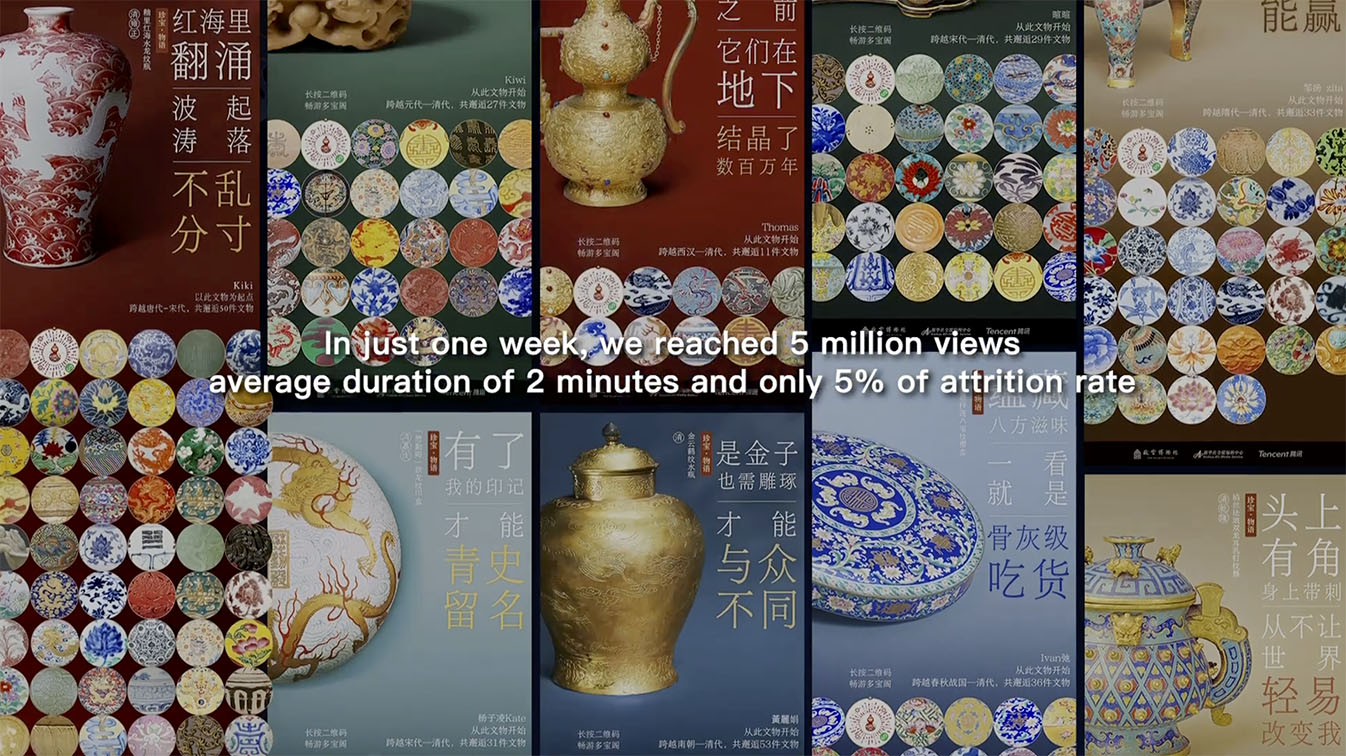 The Forbidden City website used to be like a functional library that nobody visited and was not mobile-friendly. The scale of the relics is not only a treasure but also a challenge for the production. Without leaving any relics, Tencent Shenzhen had to rethink the whole logic and user journey to achieve it under a single-page website.

The idea was to use geometric art patterns which embedded themselves in relics throughout different Chinese dynasties. Clouds, flowers, animals, dragons, each exists in thousands of variations. Tencent enabled AI to study these patterns and created a pattern solitaire code. Every treasure will lead to two different relics with similar code. Fascinatingly, only one interface design is required to start your exploration.

The system will generate your relic footprint and save your browsing history to produce a QR Code save point. Share it on social media, and others can pick up from where you left off to start their own solitaire. The “Palace in Your Pocket” eventually went viral and sparked mass followers on the web. 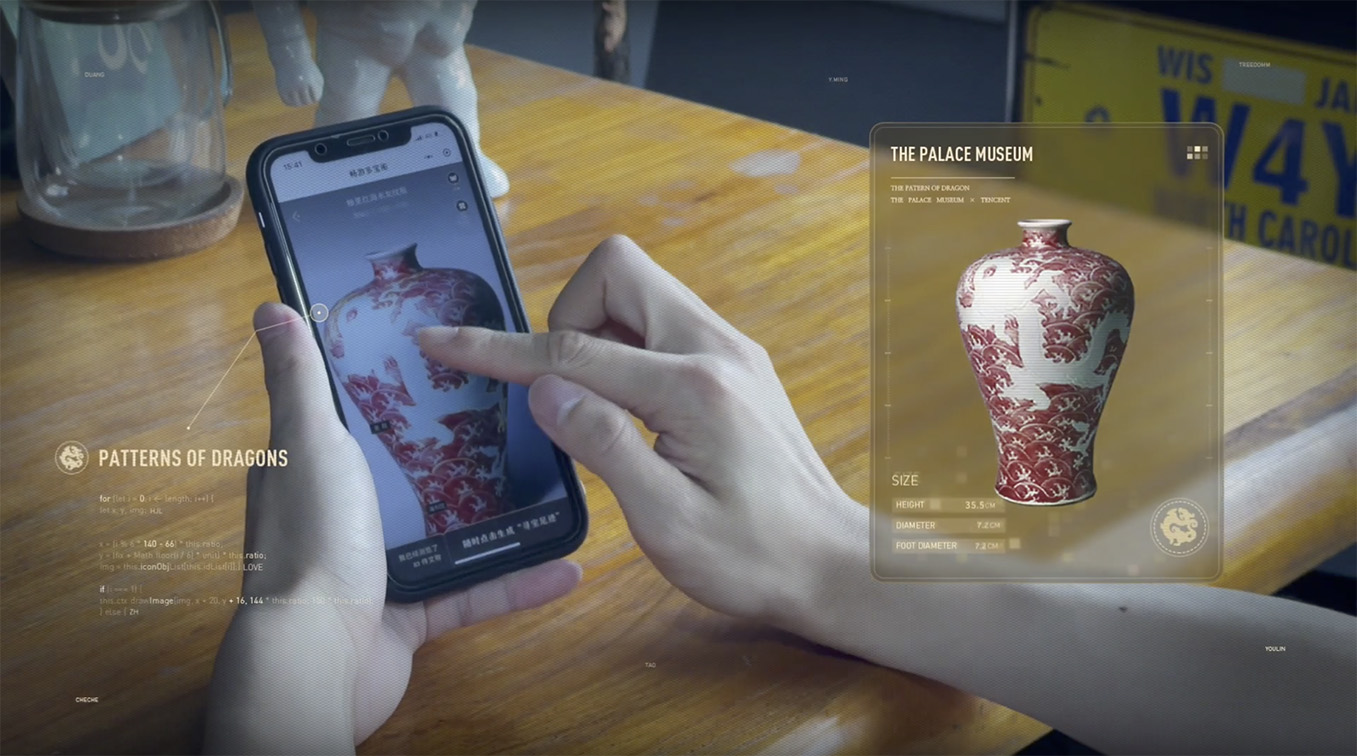 By rebranding The Forbidden City and discarding the old fashion websites that no one visits. Using technology to create an experience that shows the large scale of relics. Lots of different patterns are on the Chinese relics. AI studies each pattern to create a solitaire experience. Select one pattern to start exploring and generate a poster that assembles all relics user has viewed whenever they want.

The work is launched and run on WeChat which with a billion users platform. Users are able to experience and share this mini-program through the WeChat App.

The pattern is the sharing feature for all relics after long time of research. It shares among different dynasties. AI studies each pattern to create a solitaire experience. Select one pattern to start exploring and generate a poster that assembles all relics user has viewed whenever they want.

Results
– 3 million PV after 72 hours of launch, 100 million after 4 months. 30 million subscribers increase which is 15 times the old website.
– This is a rare re-branding from the product side, transferring old archiving styles into an interactive digital experience.
– Relic solitaire founds the insight and importance of the patterns for archeology. It could also be a new way of the exhibition in the future impact. 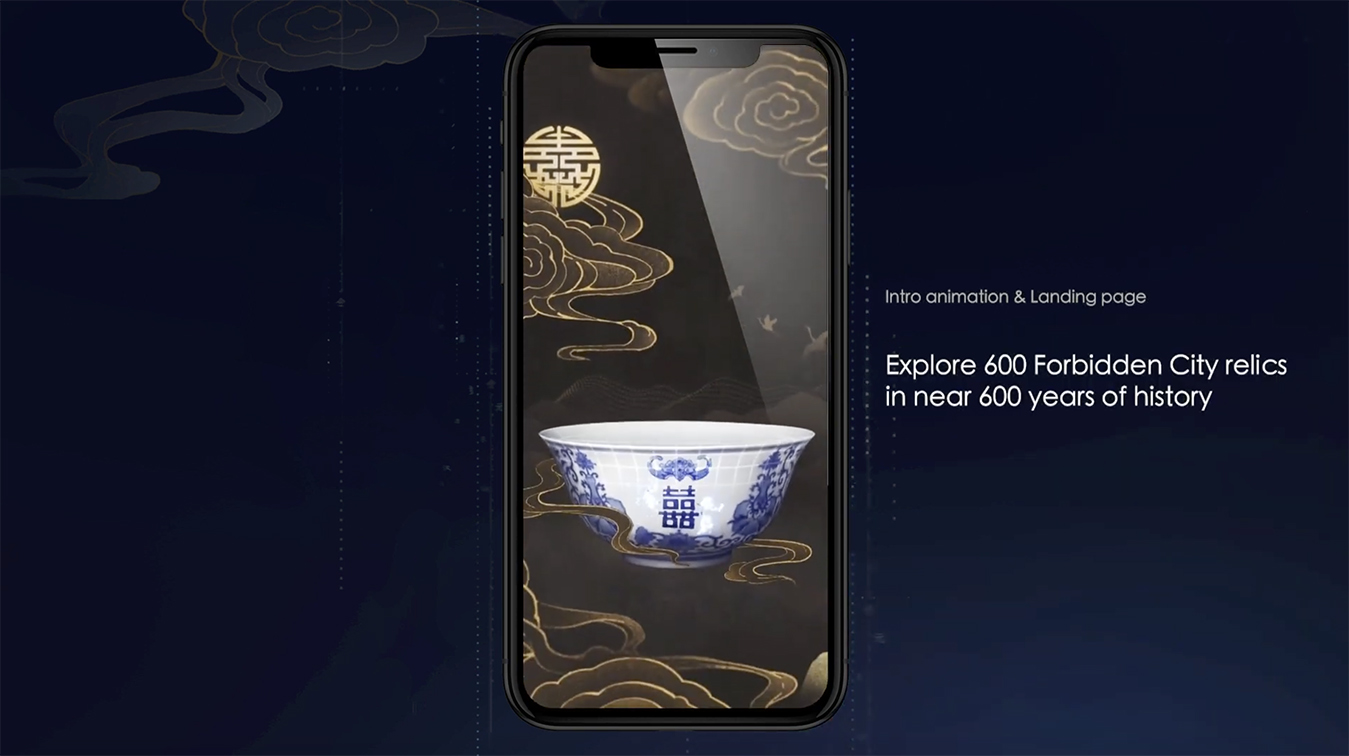 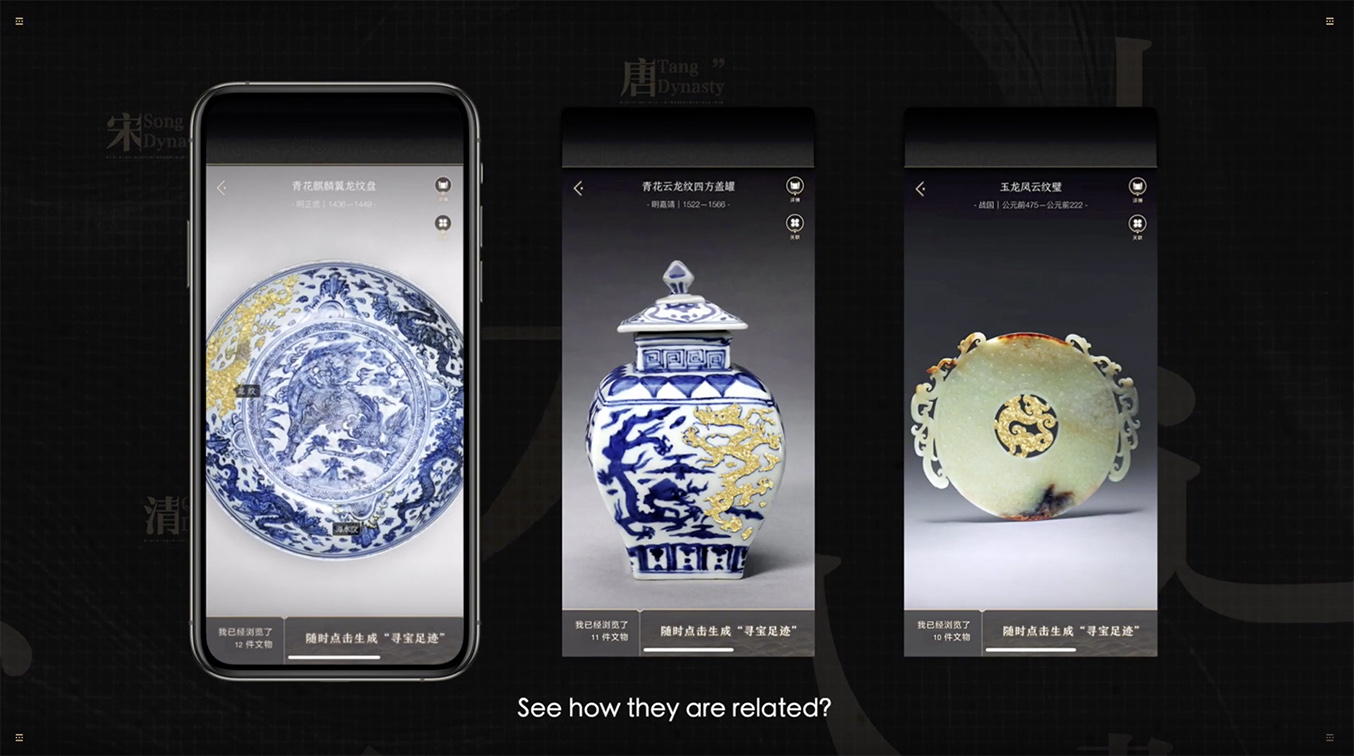 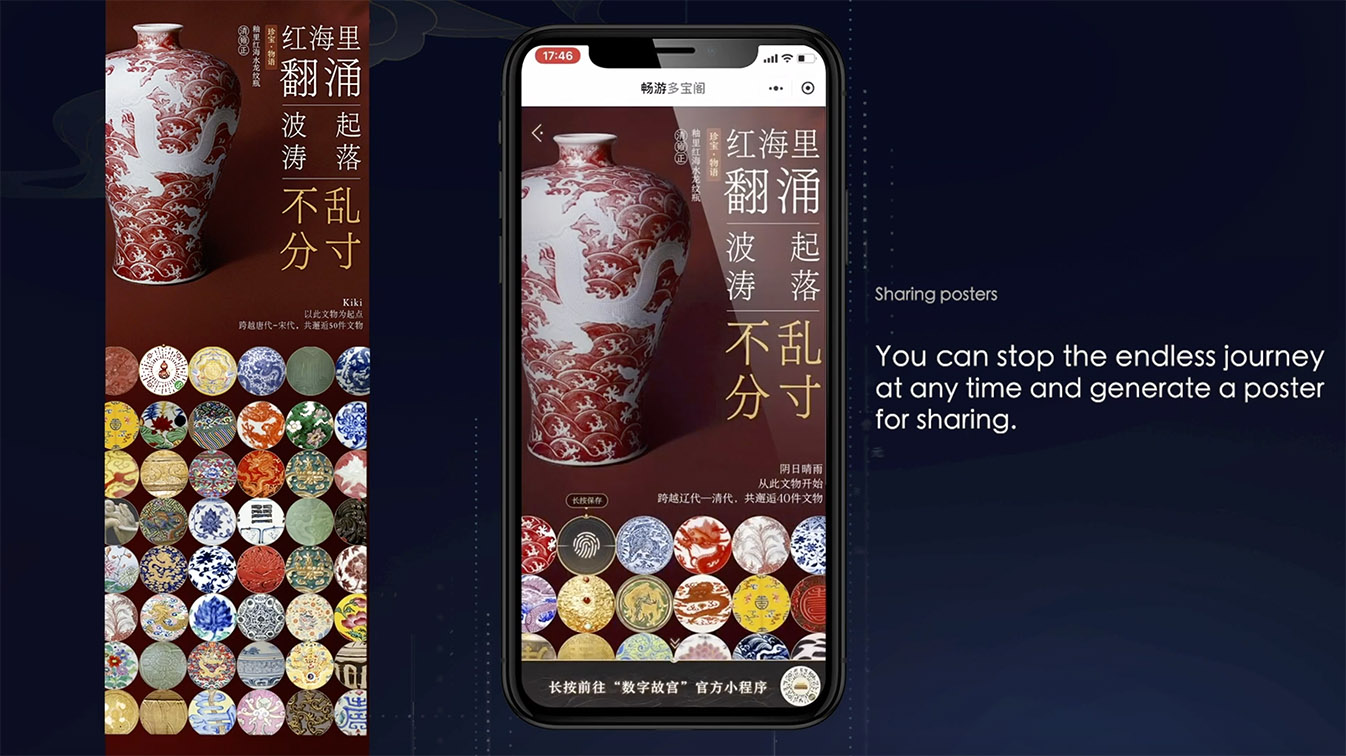