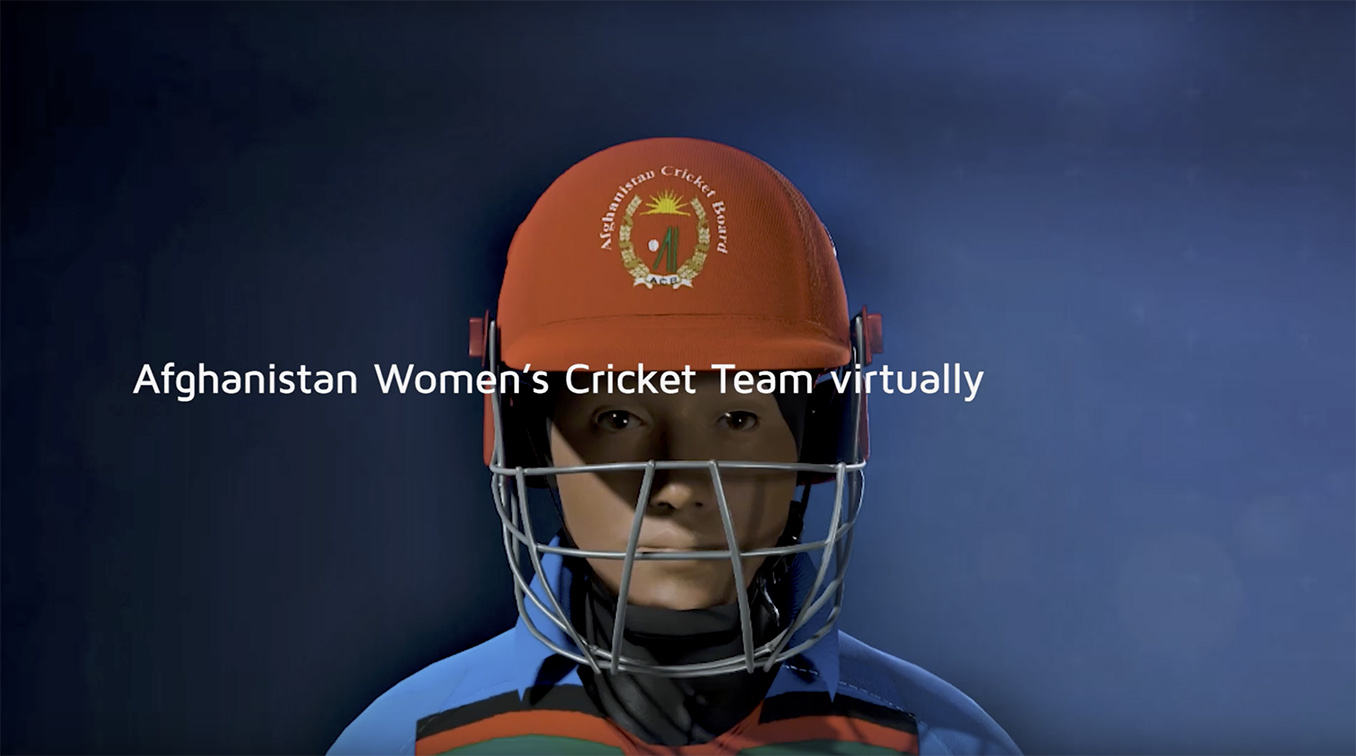 In November 2020, Afghanistan announced its official Women’s Cricket team – a first in its history. For a country ravaged by war and conservatism, this was a path-breaking achievement for the sport loved by billions in this part of the continent. However, by August 2021, a new regime had taken over that banned women in the country from playing sports, especially cricket. So, for the first time, an official Women’s Cricket Team, ironically couldn’t play cricket.

This unfair ban was covered and protested by the world’s media as well as the Twitterati but with little change in reality. Thus, with an objective to pledge support and protest the injustice caused to the Afghan Women’s Cricket team, on April 3, 2022 – the day the ICC Women’s World Cup finals took place in New Zealand, Global eSports, India’s leading esports organisation, in partnership with Isobar India group, re-created the finals – one that could have happened. For the record, Isobar India group that comprises the agencies – Isobar, WATConsult and Perfect Relations, is a part of dentsu Creative India that brings together some of India’s best capabilities across creative, digital & PR under one umbrella.

Titled ‘The PROTEST Match’, this initiative is a first-of-a-kind in the history of esports and gaming in India. During the campaign, Global eSports, painstakingly recreated the Afghanistan Women’s Cricket Team virtually, replicating the exact team that was unfairly banned from playing in real. Once ready to take the field, the virtual team invited famous e-sport gamer and influencer, Monika Jeph – aka Sherlock, to play against them in a match, coinciding with the real World Cup finals that were taking place in faraway New Zealand. The finals that could have happened were livestreamed on several popular gaming channels, including YouTube, Loco and Twitch. The viewership, engagement and participation far exceeded the capacity of several cricket stadiums combined. Spreading the word through social media and the close-knit gaming community, those who were interested to play against the re-created Afghani Women’s team were directed to a microsite wherein they could book a preferred timeslot to play. Roya Samim, who was running to become the Afghanistan Women’s Team captain, came forward to vehemently support the campaign and shared an appeal video to get people to be a part of it. 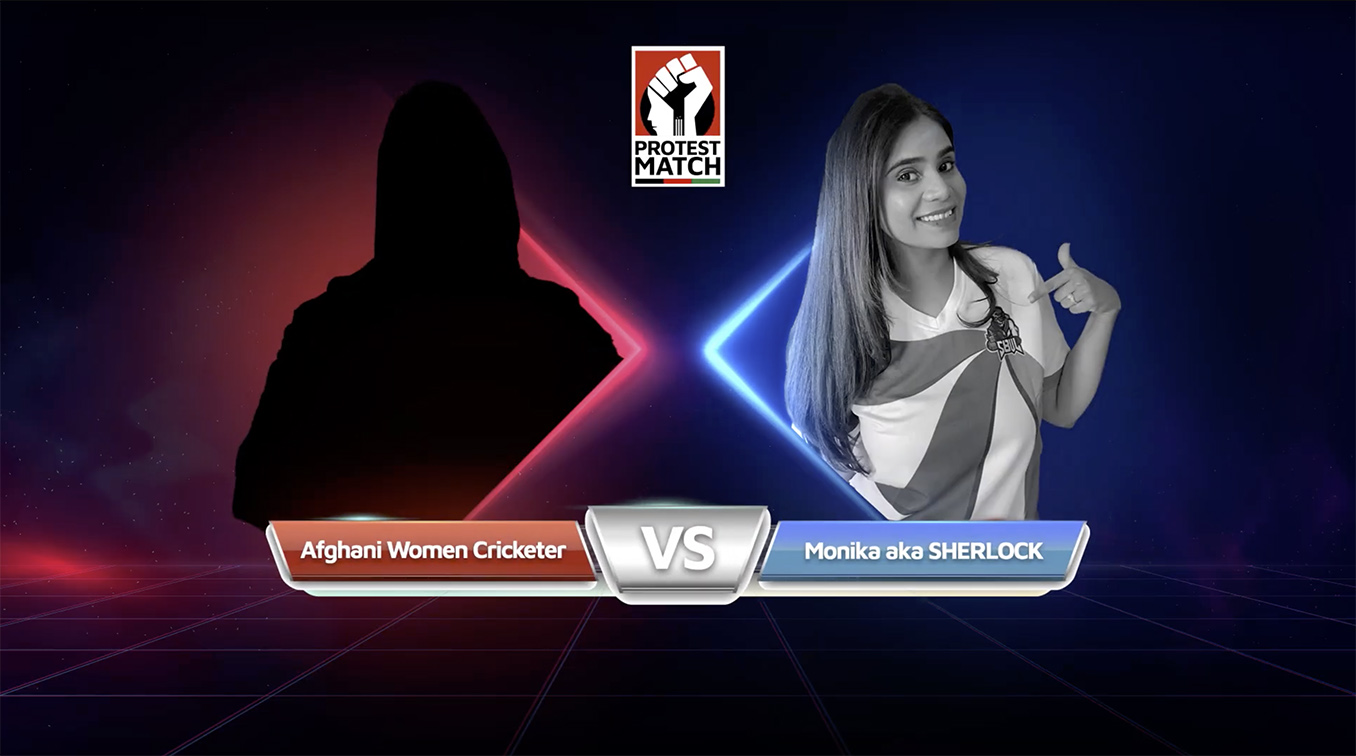 The PROTEST Match was picked up by several media and news channels, adding further to the buzz. Not only did the campaign enable the Afghani Women to play a match that was impossible for them to play in real, but it also brought out the aspect of gaming and esports for a cause.

Mohit Israney and Rushindra Sinha, Founders, Global eSports said, “Gaming and esports have historically unified the world. We have seen players from different countries play together as teammates on almost every server. Even when we went to represent India in Singapore last month, we were hosted by a Gaming company in Singapore that was started by a Russian and all their tech was supported by a Ukrainian! That is why, when we saw what has happened to the Afghanistan Women’s team, we were more than happy to use gaming to build awareness of the cause and more importantly give them a chance to play the game they love. As Asia’s fastest-growing ‘player-first’ esports organization, we felt that we owe it to players to stand by them. The virtual world is all about infinite possibilities. It is borderless and genderless. It is the perfect place to make the impossible happen, which I think we did with this campaign.”

Heeru Dingra, CEO, Isobar India group added, “We keep talking about how far we have progressed in creating a gender-neutral world but the fact remains that such imbalances are still very much our reality and part of our social fabric. And, as long as these biases exist, with them will co-exist our spirit to correct them. The Isobar India group is not just about using technology or creating innovations but is about using technology and innovation to solve real human problems. It is truly an honour to be a part of this campaign.”

Aalap Desai, CCO, Isobar India & Taproot Dentsu commented, “In the world of today, we are a vocal lot and we are all one. When we came across this issue, it moved us. It made us really think about how such a basic thing like the right to play cricket can have a deep emotional impact and reflect chasms in today’s society. So, if the problem was new, we thought why shouldn’t our protest be new too? If the problem is getting surfaced through cricket, can we make the mere act of playing, the act of batting and bowling a sign of protest itself – an idea that the world has never seen before? Despite the team being banned, can they still play what they always dreamt of – the Women’s World Cup? And that’s how The Protest Play came about.” 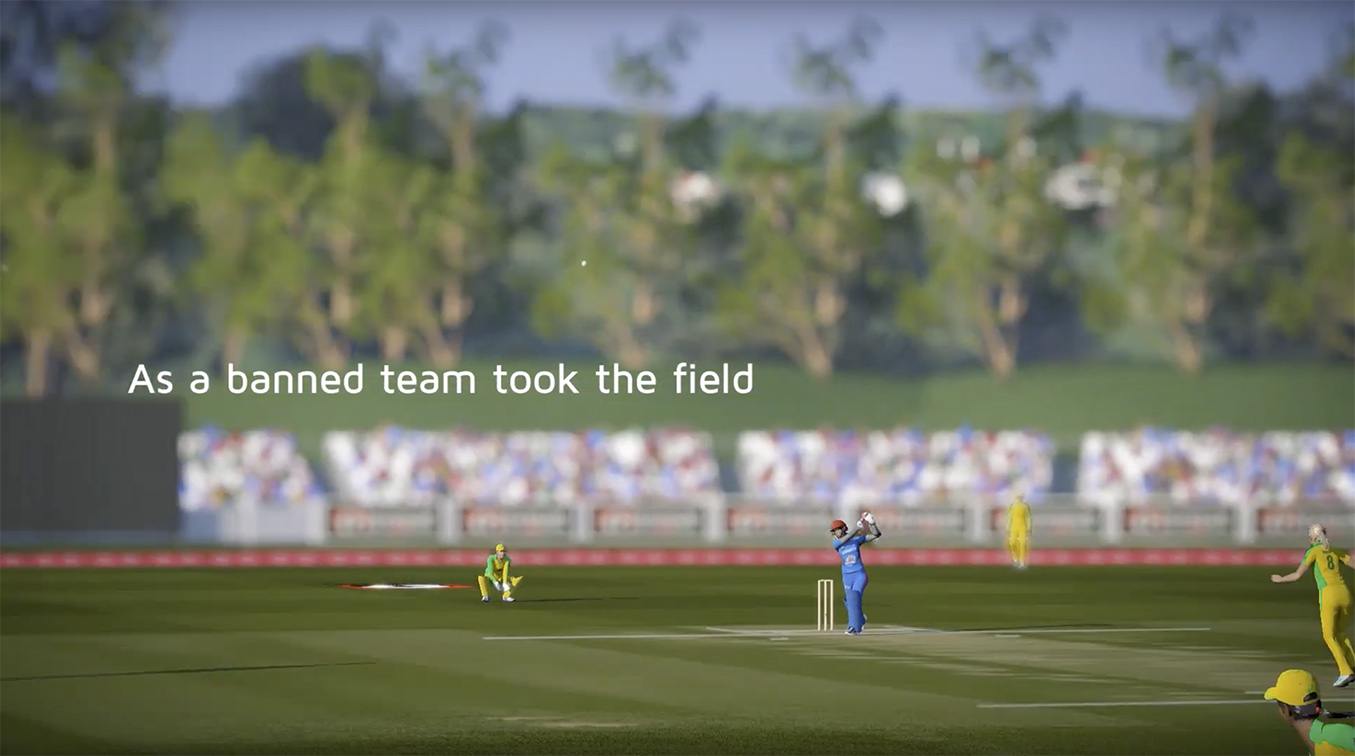