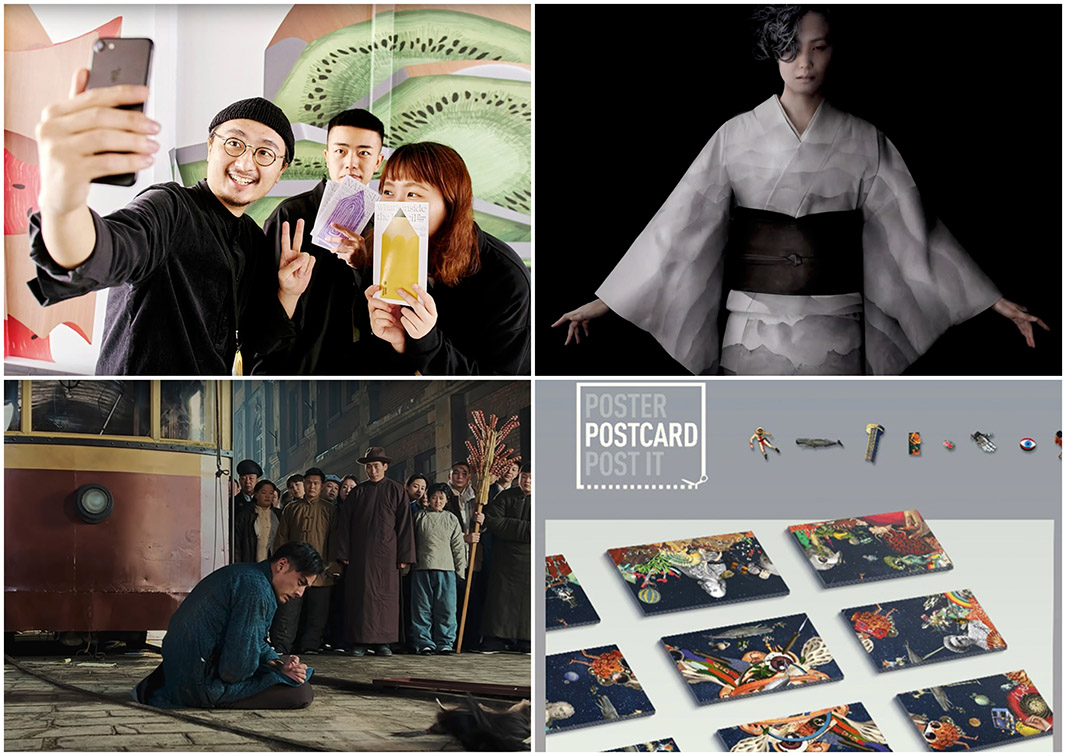 Agencies, studios and freelancers in 11 countries and regions in Asia-Pacific have collected 151 finalist entries for the ADC 101st Annual Awards, announced today by The One Club for Creativity.

All finalists will win either Gold, Silver or Bronze Cubes or Merits, to be announced on May 18 during Creative Week 2022.

China leads the way in APAC with 73 finalist entries. Xi’an Gaopeng Xi’an has 10 of the finalists, including four for Li Ming Zhi Yan in Brand/Communication Design, Packaging Design and Typography. Tencent in House Shenzhen and TBWA\Media Arts Lab Shanghai each have five finalists, and The Nine Shanghai has four, all for “The Blossoming Colours” on behalf of Beijing 2022 Winter Paralympics Opening Ceremony.

Taiwan – China has 12 ADC 101st Annual Awards finalists, including four for Ken-Tsai Lee Design Lab Taipei, all for “D&AD Exhibition in Taiwan” on behalf of National Taiwan University of Science and Technology.

Dentsu Tokyo earned the most in the region with 22 of Japan’s 46 finalist entries, including five for QD Laser, Inc. Retissa Super Capture “With My Eyes”. The agency also has three finalists each for The Tokyo Organizing Committee of the Olympic and Paralympic Games “The Winds of Change”, Tokyo Good Manners Project “Vegetable Pharmacy”, Universal Workers “Save Gunkanjima”, and Unlabeled NEXUSⅦ “Camouflage Against the Machines”.

Studeo Tokyo has four ADC 101st Annual Awards finalists, all for Tanners’ Council Of Japan “The Leather Scrap Kimono”. With three finalist entries each are Rakuten Design Lab Tokyo and TBWA\Hakuhodo Tokyo, and IC4Design Hiroshima, Lifull Tokyo, and Mount Tokyo have two each.

M-N Associates Ho Chi Minh City has all three of Vietnam’s finalists, all for PetChoy “Spark the new ‘Choy’?”.

Thinking Room Jakarta has Indonesia’s lone finalist for its own “Game Of The Ox”.

Malaysia’s only finalist goes to Fictionist Studio Kuala Lumpur for its own “Once Upon A Pounce”.

The ADC 101st Annual Awards ceremony will take place in person during Creative Week 2022 on Wednesday, May 18 at Gotham Hall in New York. In addition to honoring this year’s top winners including Best of Show, Best of Discipline and other special awards, the evening will feature a belated celebration of ADC’s historic 100th anniversary, which was postponed last year due to the pandemic, and include important members and winners from throughout ADC history.

The event will also include a special presentation of the prestigious Manship Medallion, the original ADC competition award created by famed sculptor Paul Manship who made the Prometheus statue in Rockefeller Center, to 12 highly accomplished members of the creative community who have had a great impact on ADC through the years.