FCB Shout has launched RHB Bank’s latest Eid/Hari Raya film, titled ‘Sama, Bersama’ (All the Same). The film tells the tale of 27-year-old activist Arissa Jemaima Ikram Ismail, who, through the NGO she founded, provides free lessons to the thousands of illiterate refugees living in Malaysia.

As a continuation of RHB’s new ESG (Environmental, Social, Governance) aspirations, ‘Sama, Bersama’ places the spotlight on an ongoing social issue that is often plagued with misinformation and stigma. The film follows the journey of Arissa as her relationship with a refugee developed from being strangers to good friends over a chance meeting and the many language lessons that followed, which eventually helped the refugee achieve her own dream despite being in a foreign land where nobody understood her.

Abdul Sani Abdul Murad, Chief Marketing Officer of RHB Group, said: “This spot is extremely timely given how refugee crises are happening around us every day – not only in other countries, but also here at home. And they are only crises because there’s a lack of compassion, empathy and understanding towards those who are different from us. But if we can look beyond the differences in the language we speak, the way we look and even the places we call home, we will realise that we are actually more similar than we think, and we can celebrate that fact by making progress happen for one another without prejudice. That is not only the spirit of Hari Raya, but also of our brand’s belief of ‘Together We Progress’.”

Tjer, FCB Shout’s Head of Creative, said: “Many rounds of internal discussions were had to decide if we should pursue this story, given the sensitive nature of the subject. Eventually, it was RHB Bank’s non-discriminating, all-inclusive brand purpose of ‘making progress happen for everyone’ that gave us the confidence to confront this social topic and turn it into an insightful lesson about acceptance and understanding, instead of taking an easier route and sweeping it under the carpet. Big thanks to our amazing production partners at D’Moving Pictures and Grand Theft Records for turning the story into something far more beautiful than we imagined.”

Ong Shi Ping, FCB Shout’s Co-Owner and Chief Creative Officer, said: “Progress is a universal language. It means the same to us as it is to someone living thousands of miles away in a foreign land. So, if we truly want to progress together, we need to remove the judgement and fear of what we do not understand from our vocabulary and start sharing what we have in common as people – understanding, empathy and kindness.”

The campaign was launched on 21 April 2022 and is running across all RHB Bank’s social and digital channels in conjunction with the Eid/Hari Raya festive celebration. To date, the film has received tremendously positive reviews, along with over 8.2 million views and over 4,000 likes. 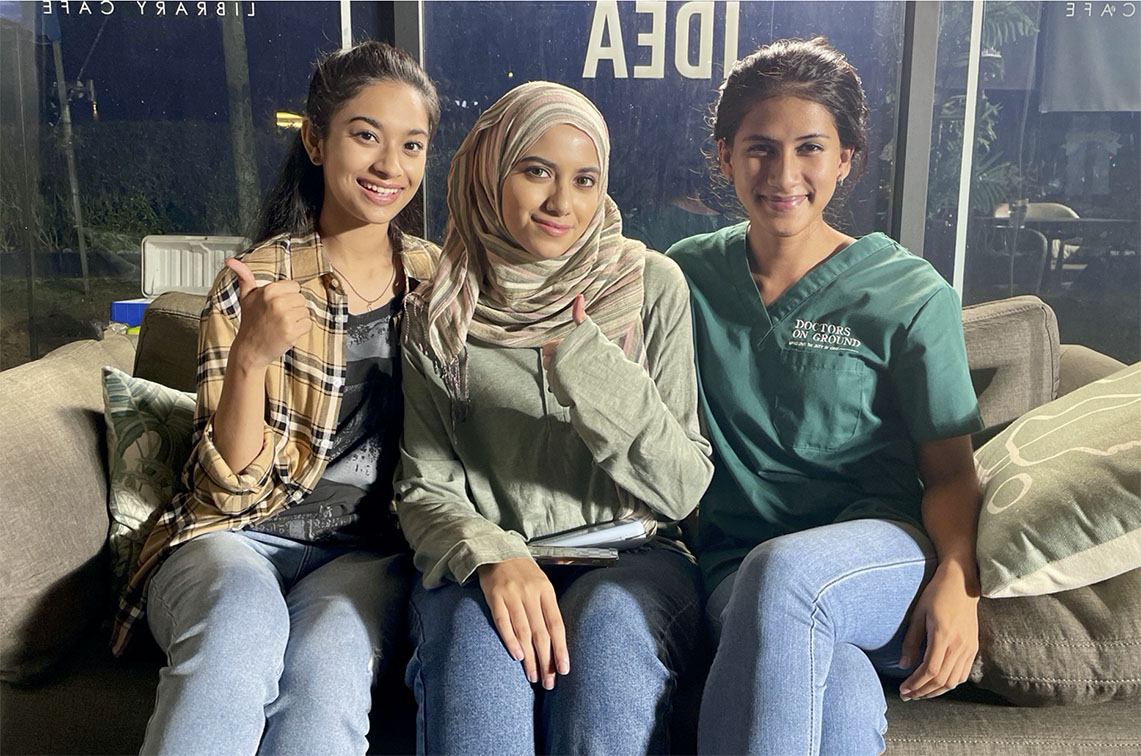