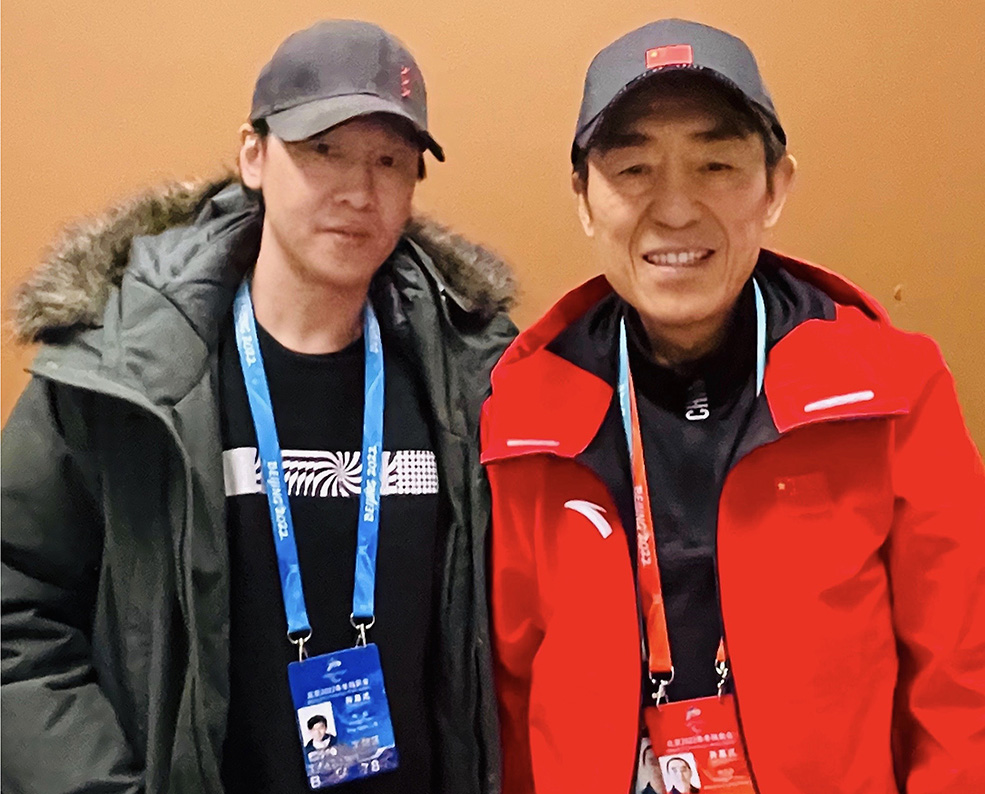 The Beijing Winter Olympics and Paralympics had their grand opening ceremonies at the Bird’s Nest on February 4th and March 4th 2022. Incredibly, Jody Xiong, the top Chinese advertising creator and founder of The Nine in Shanghai, was invited to join Zhang Yimou’s team as the visual effect director and visual artist of the two opening ceremonies.

Jody Xiong has won more than 500 creative design awards in his career including at Cannes Lions International Festival, D&AD and many others. He has been named as one of the Asia’s top 12 most awarded creative leaders by Campaign Brief Asia.

He is also the world’s first “double Olympic Chief Director” of the opening and closing ceremonies of summer and Winter Olympics.

Joe Wang found Jody Xiong. Being nervous, excited and expecting, Xiong grasped this rare opportunity in his life. After all, the chief director he would cooperate is a film and aesthetic master. The portfolio works alone were prepared for a whole week. Mr. Zhang went through all works and selected seven digital artists, a bit like the plot of Akira Kurosawa’s film Seven Samurai, each with his own unique skills and strengths, and Jody Xiong as the representative for creative advertising and design.

Since May last year, seven digital artists had gathered in Beijing for countless brainstorm, discussion, proposal, modification and re-proposal, together with the chief director Zhang Yimou and visual effects director Joe Wang, from the Bird’s Nest to the Blackbow office to Zhang Yimou’s studio. Chief director Zhang Yimou repeatedly stressed that the team must apply Chinese elements to create original ideas, tell Chinese stories well, and follow the tone of ethereal, aesthetic and romantic. The huge ground screen and vertical screen of the Bird’s Nest should be skillfully used so that the digital, design, technology, performance and art can be integrated together, with “Chinese-style romance” being delivered to the world.

It was a long and difficult process, full of uncertainty, surprise and excitement. Chief director Zhang Yimou led Chinese creative team, denying one idea after another, and giving birth to one more perfect idea after another. In the final decision of the opening ceremony, Joey Xiong, as one of the visual effect directors, joined China’s top digital technology team Blackbow to participate in the countdown projects of the Winter Olympics opening ceremony named Beginning of Spring and Tribute to the People.

Beginning of Spring
February 4th, the opening ceremony of the Beijing Winter Olympics, is also the “立春”(lìchūn, lit. “the beginning of spring”) in Chinese traditional solar terms, which is generally regarded as the “beginning of spring”. The ceremony began with a 24-second countdown, which represented the 24th Winter Olympics as well as the 24 solar terms in the Chinese calendar. After the countdown, 393 dancers carried tall and flexible glowing green stalks, echoing the images of spring on the ground screen: flowers, windmills, swallows, moons, wickers and butterflies. It was green at first, representing “spring returns to the earth, all things wake up”, and gradually the dancers in the center of the venue waved their long stalks to form a white dandelion. Little girls on the ground screen blew dandelions, and the white seeds floated up the long vertical screen into the sky, following Cai Guoqiang’s(蔡国强) white fireworks, as if countless dandelion seeds blooming over the Bird’s Nest，displaying the words “立春” and “SPRING” to celebrate the start of spring. 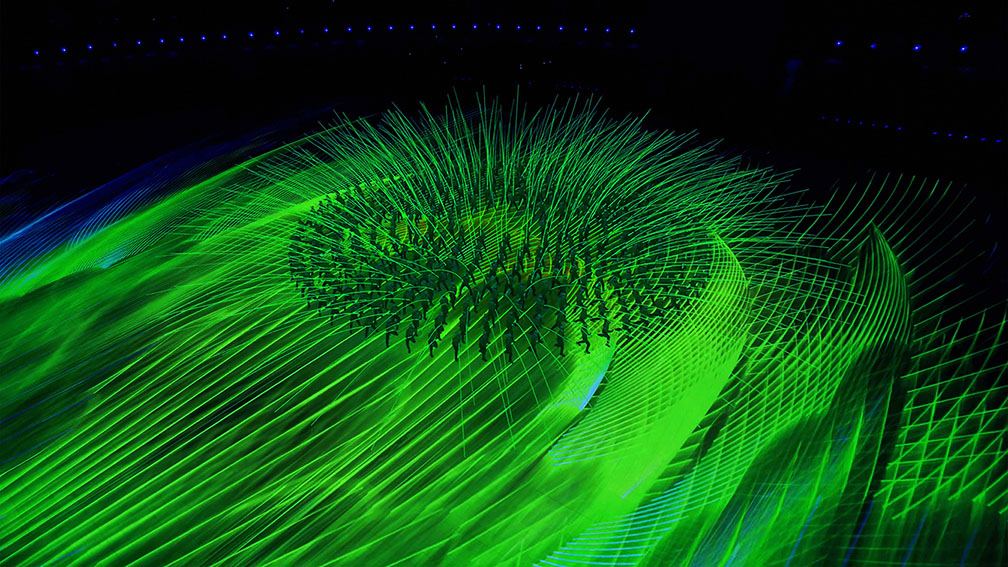 Tribute to the People
The performance began by 76 young people consisted of local and foreign university students walking through the Bird’s Nest in unison, with the public welfare song Let the World be Filled with Love written for the International Year of Peace in 1986 sung in the background. After they walked past the stage, the smile face of people all over the world appeared on the road, slowly converging into a long river of images, with Chinese knot streamers symbolizing “unity” floating on both sides. Then the slogan “Together for a Shared Future” emerged, bringing out the theme of the Winter Olympics. The second half of the show featured a roller skating performance to coincide with the “8 Minutes of Beijing” at the closing ceremony of the 2018 Pyeongchang Winter Olympics. 24 students from Beijing Sport University drew smooth and intertwined lines on the ground screen, “like a racetrack, like a Chinese knot”, and then led to the Olympic motto of “Faster, Higher, Stronger – Together”. The background music of roller skating performance is John Lennon’s anti war song Imagine, which had been presented in several Olympic opening ceremonies, so as to encourage people to put aside all their differences, to unite and live in harmony, away from war; People of different regions and colors work together to protect the earth and play the eternal movement of “harmony and unity”. 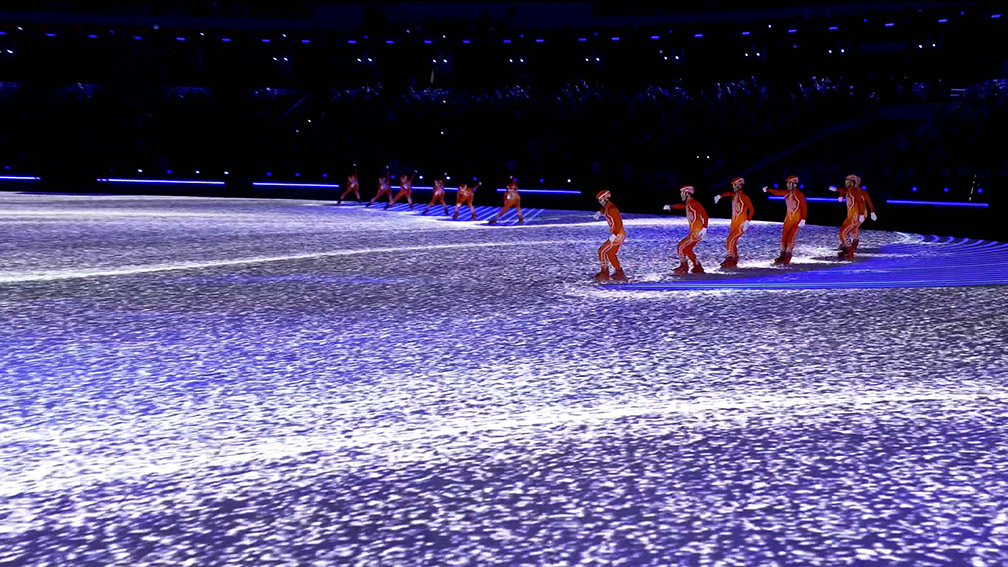 The opening ceremony of the 2022 Winter Paralympic is held at the Bird’s Nest in Beijing on March 4th. At the same time, Jody Xiong was also invited by chief director Zhang Yimou to become the short film director and visual artist of the opening ceremony, and created a technological and artistic installation called The Bloom.

A group of impaired individuals came together to create a piece dedicated to the Winter Paralympics. They chose their favorite colors and placed them in balloons with detonators. Then wore a brainwave-capturing device that sent a signal to trigger a detonator to detonate a balloon, and the paint was sprayed on the canvas. The colorful intersections formed an abstract “smiley face”, which means to greet friends all over the world with laughter. This is an experiment of technology and art, an expression of the spiritual power of the disabled. The Bloom was inspired by Jody Xiong’s 2014 personal art project Mind Art, and Zhang Yimou appreciated the work so much that he hoped to apply the concept into the opening ceremony of the Winter Paralympics. In order to be more in tune with the paralympic theme, Zhang convened a series of brainstorming sessions with Jody Xiong and other creatives, including international art master Cai Guoqiang. They overturned the original scheme and recreated The Blossom: 12 disabled people worked together to create a colorful smiley face around a circular canvas with a diameter of 8 meters. Representing peace, happiness, unity, friendship, the “smiling face” has become one of the most important visual symbols of the Winter Paralympics opening ceremony.

Brain wave idea control is now a mature technology. The team hired Li Daquan, a scientific and technological engineer, as well as Beijing Shiyou, a brain wave technical support team, so that the disabled can truly realize the detonation of brain waves. The disabled man is physically disabled, but not spiritually.

“I’ve been longing for the opportunity to create works that are truly beyond advertising. Beginning of Spring, Tribute to the People and The Bloom incorporate oriental aesthetics and technology. It’s the result of teamwork, containing countless days and nights of painstaking efforts by countless people. I would like to thank chief director Zhang Yimou for his appreciation and guidance, and also visual effect director Joe Wang and Cai Guoqiang. Thank you for giving me the opportunity to participate in these two great events and let Chinese creative power be seen by the world.” Jody Xiong said proudly.

VIEW THE SPRING OF BEING

VIEW THE TRIBUTE TO THE PEOPLE 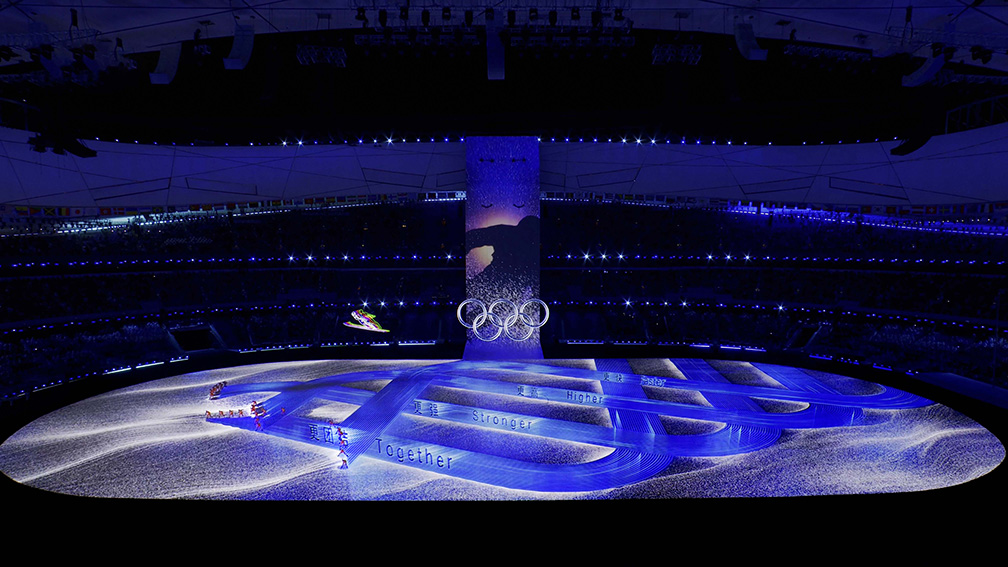 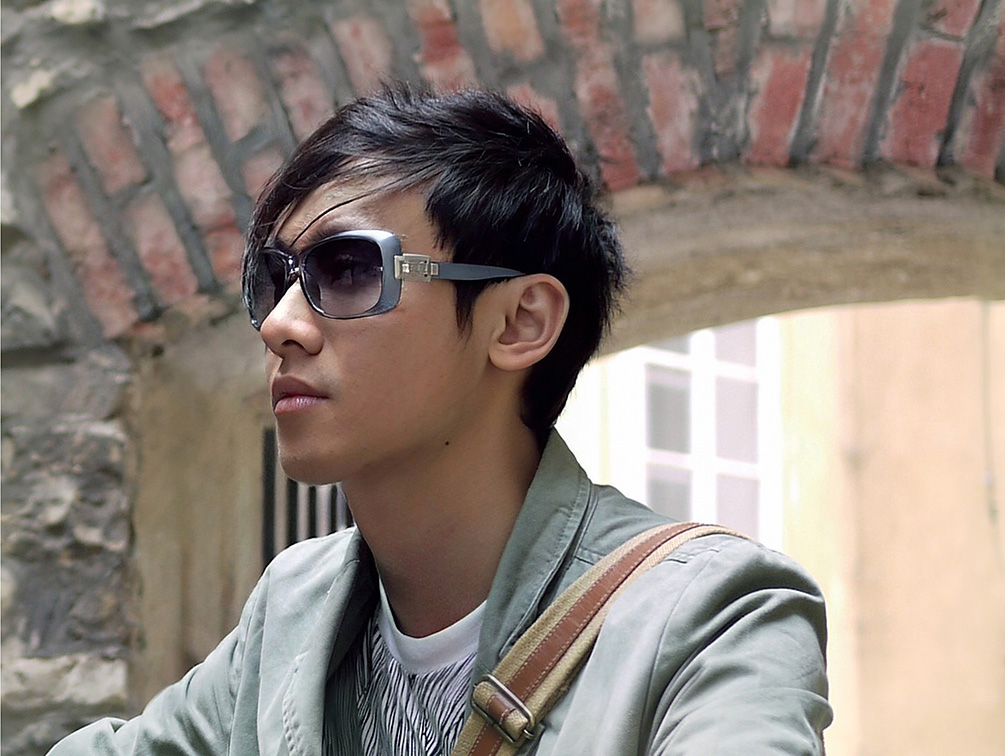