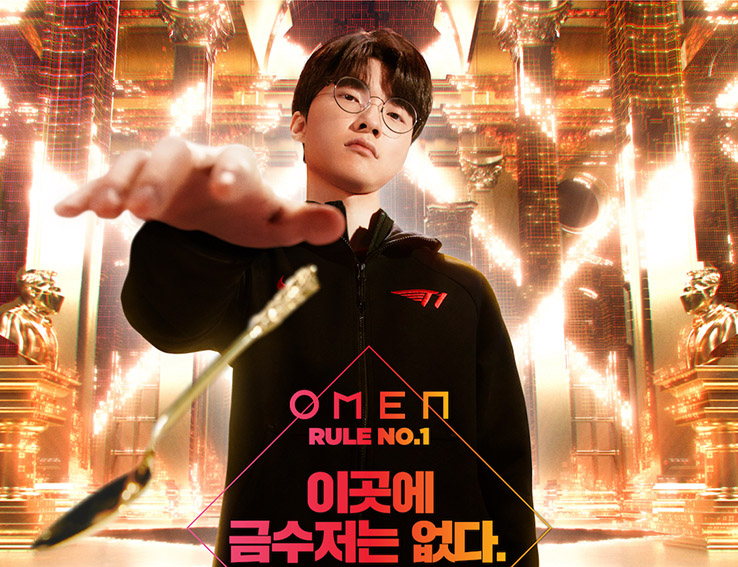 Wieden+Kennedy Tokyo has created this campaign for HP OMEN PCs which demonstrates how they are purpose-built for the best gaming experience. They are used by professional esports leagues and gaming enthusiasts worldwide.

The 2022 HP OMEN campaign shines a light on the increasing social and income inequalities of South Korea. 74% of South Koreans in their 20s reported experiencing unfairness of injustice, feeling that “South Korean society betrays hard work.” Unlike the physical world, PC gaming represents a level playing field where everybody starts from the same place, regardless of their status, education and appearance.

HP OMEN believes that in the game world, skill is the only thing that matters.

That’s why HP OMEN has partnered with one of the world’s top esports teams, T1 (featuring the legendary Faker, with Oner, Zeus, Gumayusi, Keria, and Asper). Faker and T1 are living proof that with hard work and skill, you can overcome anything.

This philosophy is represented in the 2022 campaign, ‘OMEN RULE BOOK’. A series of films launched in conjunction with the prestigious esports tournament, League of Legends Champions Korea (LCK).

HP OMEN equipped T1 with the hardware. As they outperformed all expectations, not only winning the LCK 2022 spring title, but also becoming the first team in history to have an undefeated season. Proving that HP OMEN is the place where achievement is earned, not given.

During the event, HP OMEN also asked the fans to participate in the campaign by submitting their own rules. 5 winners were selected by the public. More than 4,800 #myOmenRule submitted, and 214,000 people voted.

The film was directed by Nuri Jeong.

Steve Nakamura, Creative Director at W+K said: “Faker and T1 are an inspiration to the next generation of gamers. T1 is a perfect partner with OMEN, because they both represent the same values in gaming.”

Jeong said: “OMEN RULE proposes inspiring rebellious codes for not only gamers, but also for the present and future young generations in South Korea.” 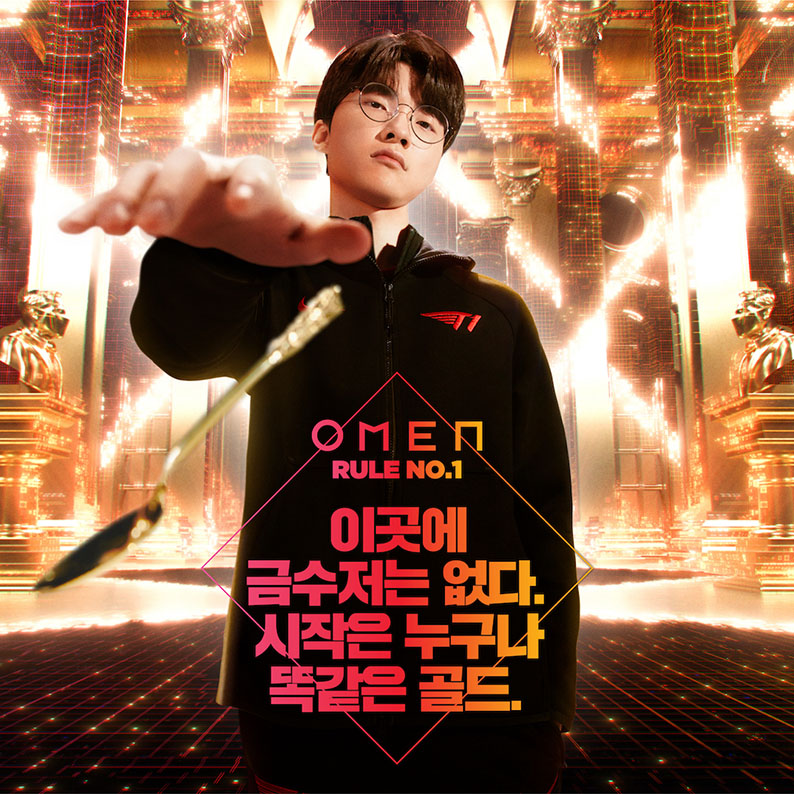 OMEN RULE #1 featuring Faker
THERE’S NO GOLD SPOON IN THE GAME WORLD.
EVERYONE STARTS WITH THE SAME GOLD. 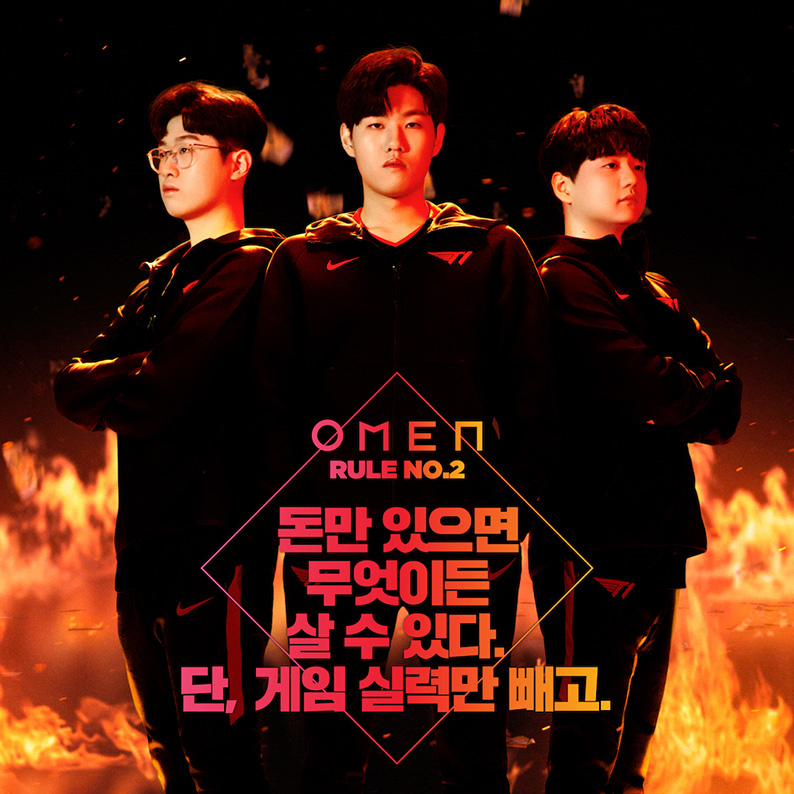 OMEN RULE #2 featuring Oner, Zeus, Asper
YOU CAN BUY ANYTHING IN THIS WORLD WITH MONEY, BUT GAME SKILLS. 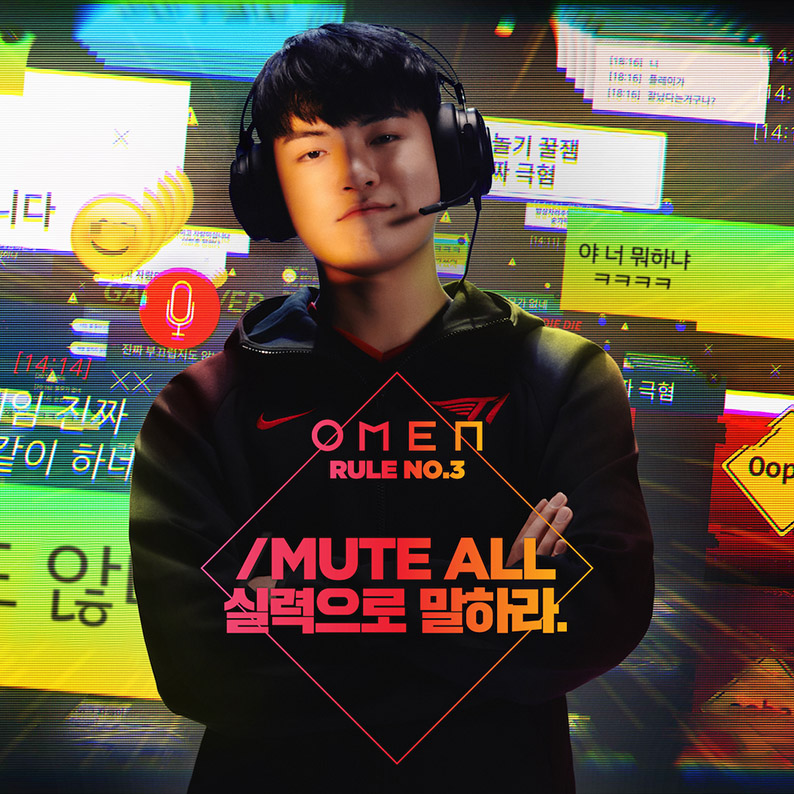 OMEN RULE #3 featuring Gumayusi /MUTE ALL.
JUST LET YOUR SKILLS DO THE TALKING. 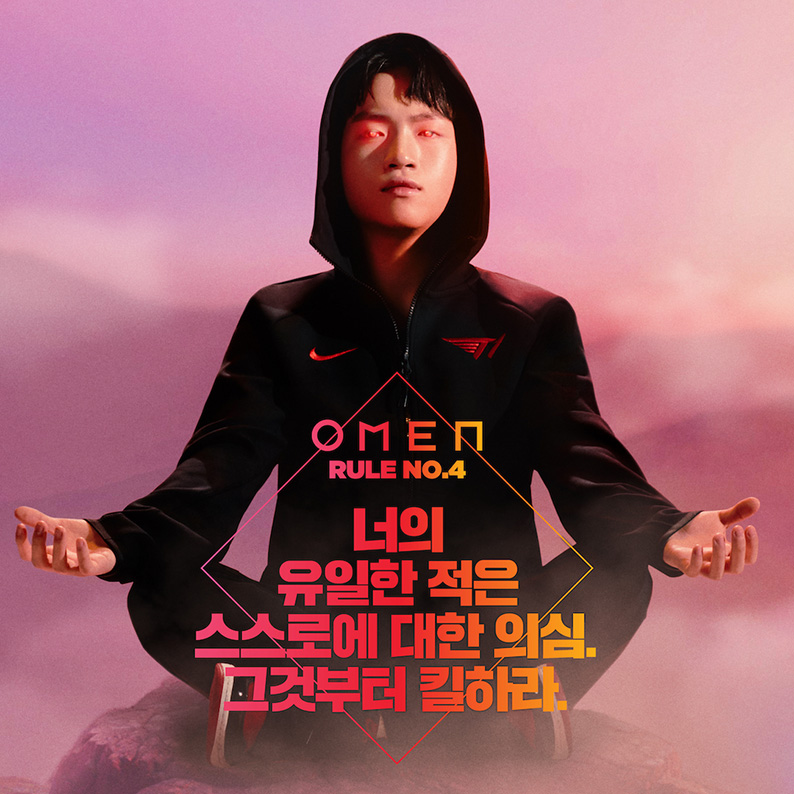 OMEN RULE #4 featuring Keria
YOUR ONE AND ONLY ENEMY IS YOUR DOUBT. KILL THAT FIRST. 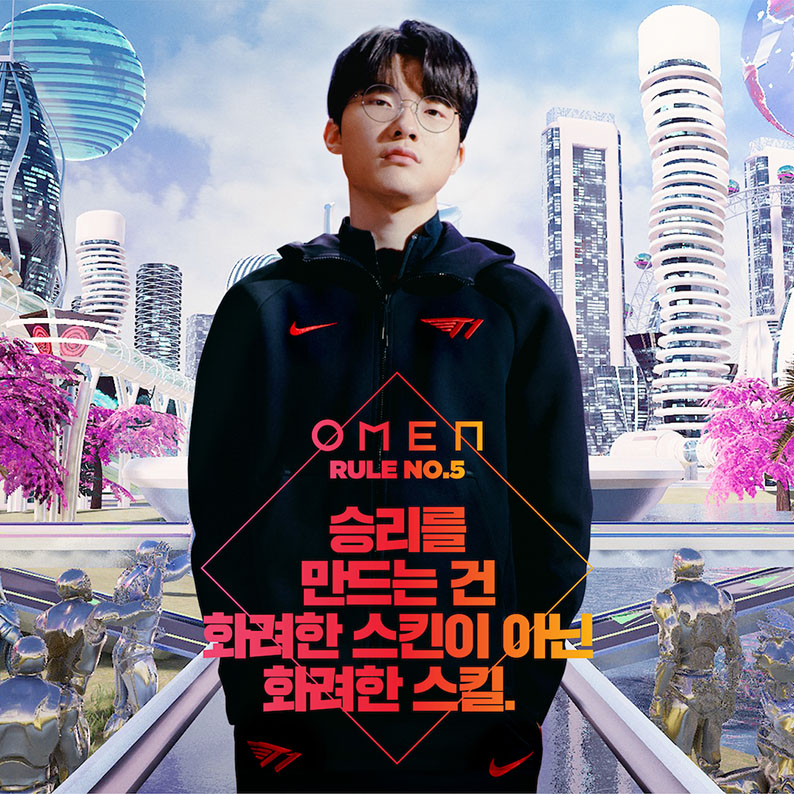