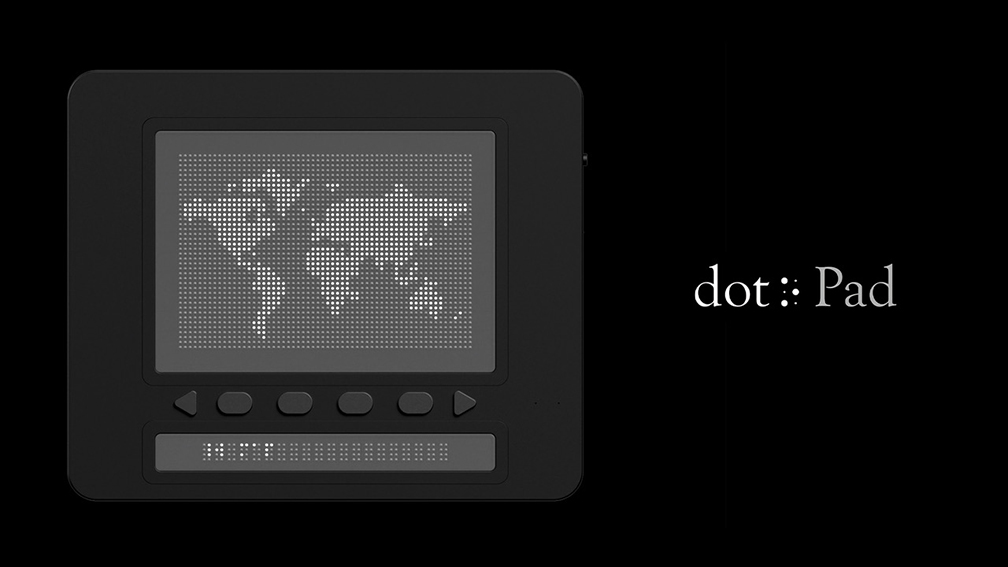 Dot Pad is the first smart tactile graphics display for the visually impaired. It can display any visual content from any source because the innovative Dot Image Processing technology uses Al to analyze and understand visual input and present it most accurately on Dot Pad’s tactile display of 2,400 dots. 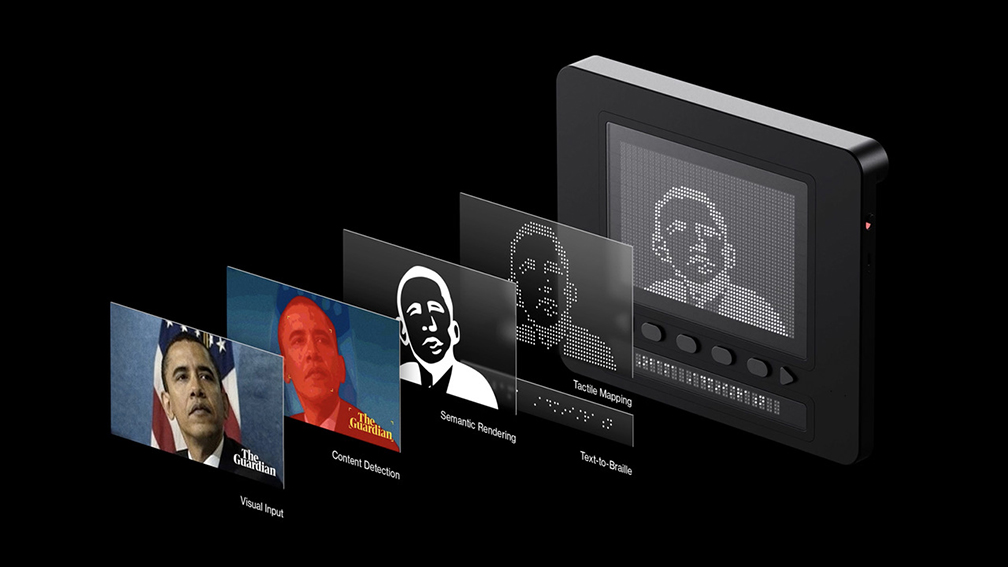 In partnership with Apple
Thanks to Dot’s collaboration with Apple, Dot Pad integrates seamlessly with iOS and iPad OS, thereby giving users access to the 2.2 million apps on the App Store, out of the box. Dot Pad reduces dependence on tactile textbooks and audio description for graphical content which sighted people are used to freely enjoying.

Dot Incorporation co-founder Ki Kwang Sung (who co-founded the company with Eric Ju Yoon Kim) explains: “In the 21st century, it didn’t make sense that visually impaired people cannot access graphical information in a digital way. There are a lot of innovations out there in every industry, including education, jobs and social network services… the requirement of graphical information is getting higher, which means visually impaired people are getting cut off. Even in the pandemic situation, remote work and education was mandatory… but they didn’t have any solution to do that.”

Hardware and software innovation in sync
Until now, the development of functional tactile graphics devices was hindered by both hardware and software. Conventional tactile devices use piezoelectricity to power their actuators, making them bulky and expensive. Furthermore, translation of visual content into tactile one is complex. Simple vectorization or edge detection algorithms aren’t capable of producing tactile graphics that are suitable for blind users. It requires intelligence to understand what’s in an image and decide what’s important to the audience.

Dot Pad solves these problems with a combination of innovative hardware and software.

Dot Actuator
At the core of the Dot Pad sits the third generation of the innovative Dot actuator technology. While conventional tactile devices use piezoelectricity to power their actuators, Dot Pad uniquely relies on electromagnetism, which reduces size, weight, power consumption and price by more than ten times. This dramatically increases usability and makes the Dot Pad affordable for majority of blind and visually impaired users. While the Dotactuator technology is protected by 30 patents, it’s licensed to other manufacturers to give as many people as possible the chance to benefit from it.

Dot Image Processor
It requires intelligence to understand what’s in an image and decide what’s important to the audience. To create comprehensible tactile content, Dot Pad relies on the innovative Dot Image Processor. It’s an AI that was trained with millions of existing visual and tactile graphics, to be able to analyze, understand and segment visual content, and translate it to tactile graphics most suitable for blind users.

Supported by big tech, universities, and governments
Launched in early 2022, Dot Pad has earned huge interest from the media as well as public and private institutions worldwide, with millions in dollars in orders. The Dot Pad technology is even being shared with competitors to give visually impaired people all around the world access to tactile graphics. Dot Pad technology is permanently installed in public kiosks in Busan, South Korea.

Alexander Schill, Chief Creative Officer, Serviceplan Group, said: “When we started to partner with Dot Inc. in 2015, the idea of Dot Pad was a wild dream. For seven years, we worked together to develop innovative devices and software that makes text accessible to the visually impaired. But the goal was always to go beyond. With Dot Pad, we’re now literally entering a new dimension. Dynamic tactile graphics is a completely new experience for the visually impaired, and a huge opportunity for everyone, from content creators to brands and businesses. My mind bursts when I think about what can be created with Dot Pad. It’s the end of one journey, and the beginning of a new one.” 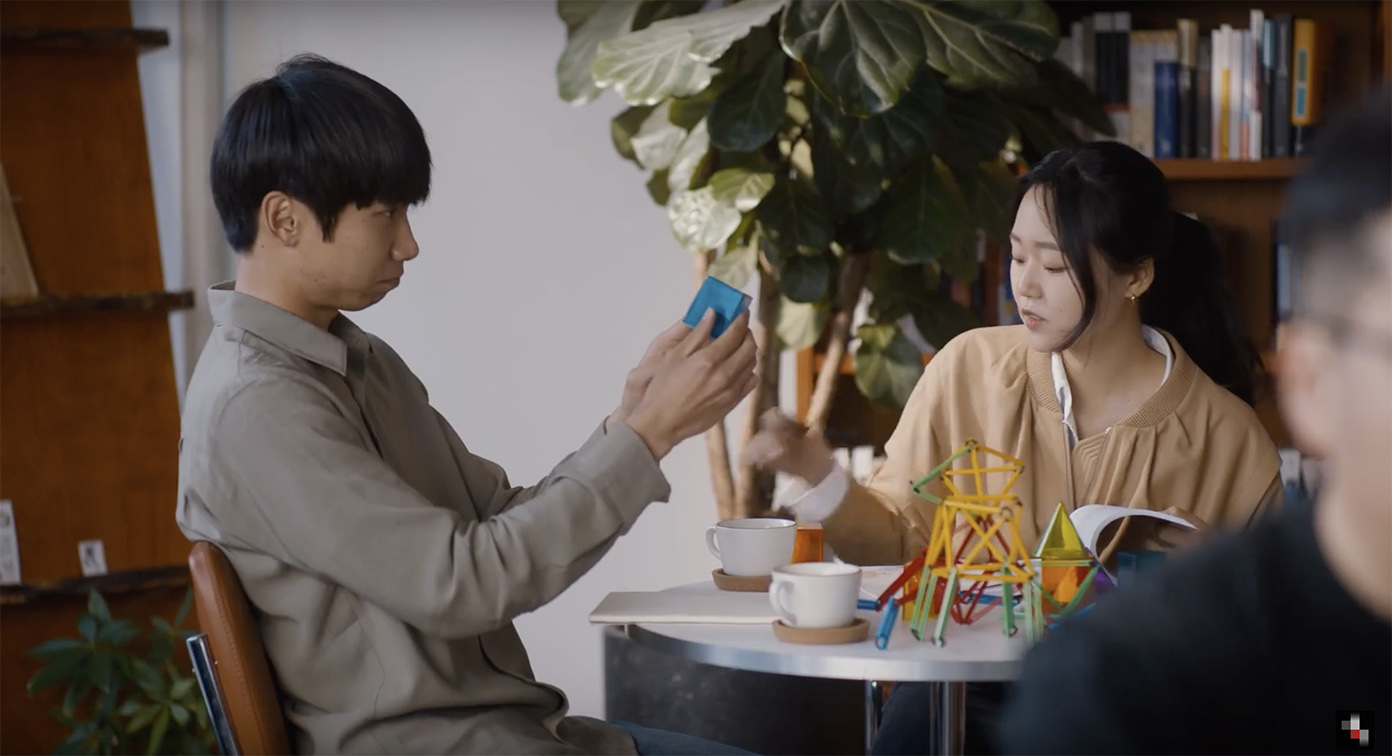 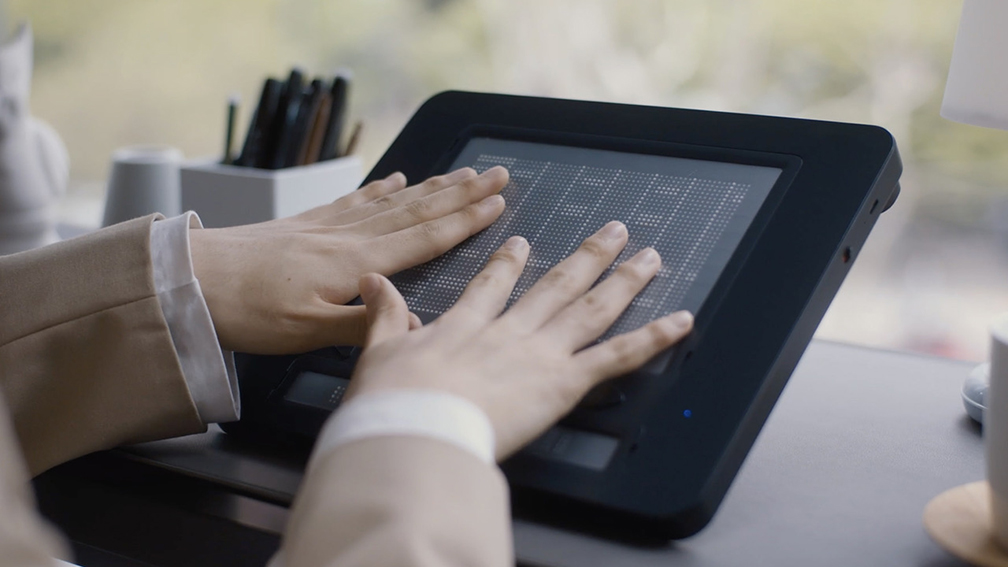