Cheil WW No1 agency in Asia at Clio Health: Picks up Grand award for Digital/Mobile 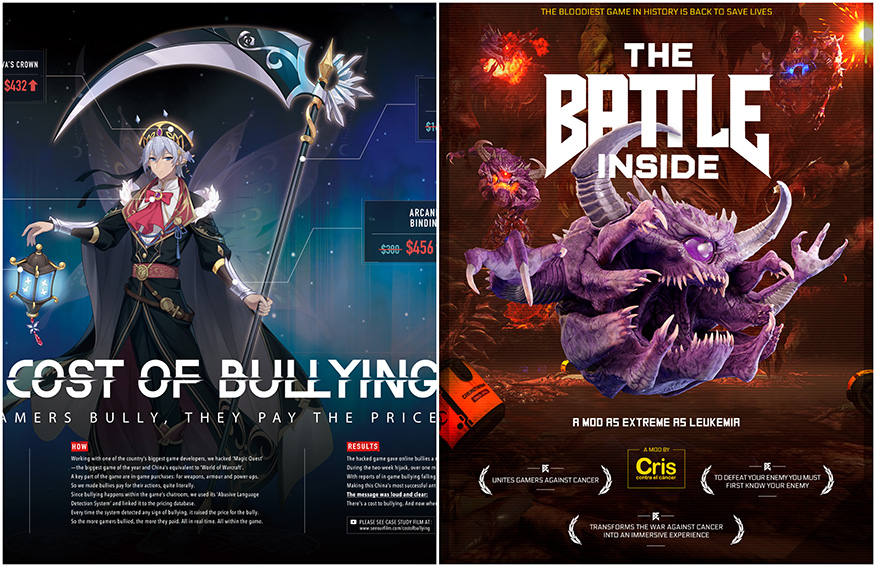 Cheil Worldwide PengTai Beijing and Hong Kong has won the Digital/Mobile Grand at the Clio Health awards for its groundbreaking ‘The Cost of Bullying’ campaign for Samsung. The campaign also picked up three Golds, a Silver and two Bronzes, across a number of digital and gaming categories, making Cheil the most successful Chinese agency in the 2022 competition and the No1 ranking Asian agency at the show.

The Cost of Bullying further develops Cheil’s digital approach to Samsung’s social responsibility campaign in ways that connect with today’s younger generations. The team quickly identified the significant issue of the rise in levels of online abuse faced by young Chinese gamers, which is impacting people’s mental health from a very young age and urgently needs tackling.

The campaign had a simple but powerful idea at its heart – bullies should quite literally pay a price for abusing fellow gamers. Working with the makers of China’s most popular game, Magic Quest, Cheil harnessed its built-in abusive language detection feature to let bullies know that as a result of their actions, any in-game purchases they needed to make would now cost them more, with the price continuing to increase for every incident.

Not only did the campaign make Samsung relevant to a culturally important conversation about supporting the wellbeing of China’s young people, it resulted in a 40% decrease in reports of incidents of bullying while it ran.

Paul Chan, ECD at Cheil WW Hong Kong, said: “To win a Grand Clio is special. We’re thrilled by how ‘The Cost of Bullying’ has been received by gamers, the media and our peers. So as well as thanking the jury, we’d like to give credit to our partners at Samsung for committing to this important work.”

Malcolm Poynton, GCCO at Cheil WW, said: “To lead the charge for Asia at Clio Health is another milestone for Cheil WW. As we continue to break new ground with our digital 3.0 approach, campaigns such as ‘The Cost of Bullying’ and ‘The Battle Inside’ are making a real difference to not only the brands we partner but also to the lives of consumers. And that’s a result we couldn’t be more proud of.”

At the same time, the Clio Health judges recognised sister agency Cheil WW Spain for its widely acclaimed Doom MOD game, The Battle Inside campaign, in support of the CRIS Cancer Foundation, which won Bronze in the Experience/Activation category for Branded Entertainment & Content campaigns and was shortlisted for the Games award.

This success coincides with Cheil WW’s launch of McKinney Health in the US last week.The first data-led, socially-focussed Health agency set to lead the industry to what’s next.

Clio Health was founded in 2009 to celebrate creative and culturally relevant marketing and communications made in support of wellness, and the competition is open to campaigns from all over the world. The 2022 Grand Prix winners were revealed on 15 June at a ceremony in New York City, and list of award-winning campaigns can be found online.