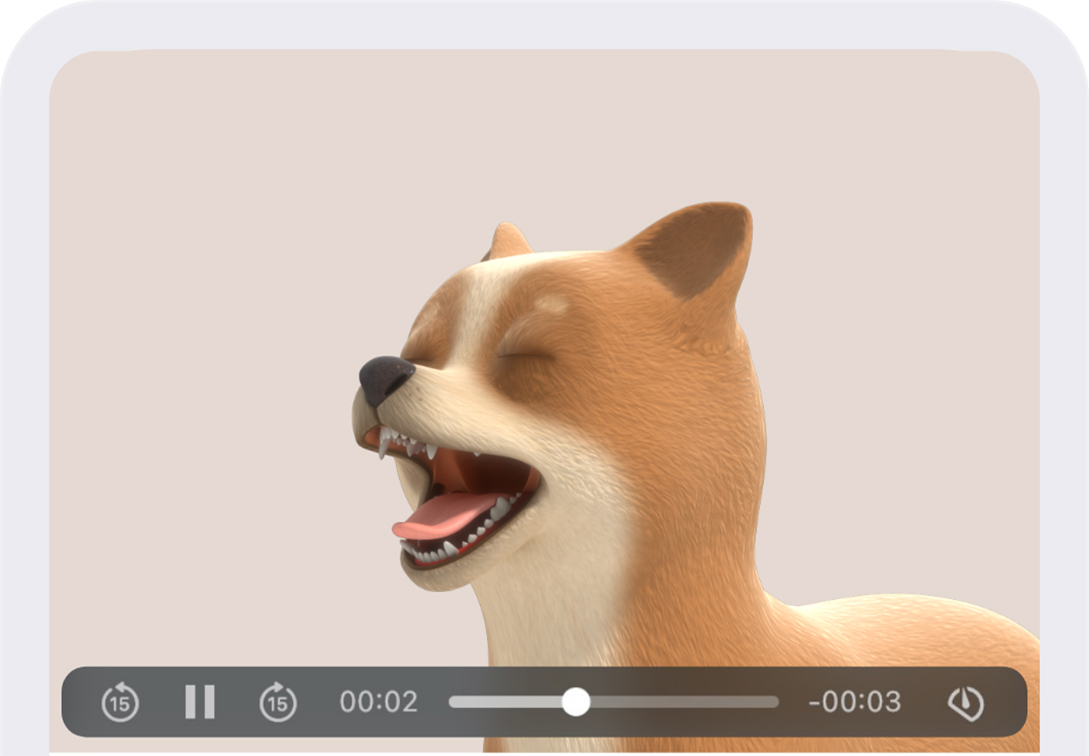 Cheil Worldwide and pet healthcare company Woorien launched ‘PetTalk’, a chatbot that aids communication between the dog owners and their dogs, in South Korea. PetTalk is designed with the purpose of promoting safe and harmonious community for 15 million dog owners, their dogs, and even people who don’t have dogs.

Based on the understanding that dog’s primary means of communication is body signal, but not phonetic language, PetTalk interprets dog’s body signal and gives advice on how the owner should respond. Similar to communicating on instant messenger, the user can receive an advice from pet behavior specialist by typing a query on PetTalk.

For example, if you ask “Why do you keep yawning?” on PetTalk after seeing your dog yawn often, animated dog characters will appear on the screen to demonstrate the relevant body signal, and reply “I’m anxious and nervous right now.” Then, you would also be given with an advice to yawn back at your dog in order to convey a message of ‘As I see it, it is okay here’ or ‘Now take it easy.’

On PetTalk, there are more than 100 animated body signals of the dog verified by vets and animal behavior specialists – from big movements such as raising one foot or showing their belly, to small gestures including eyes and ears movement and facial expression. Cheil and Woorien plans to extend PetTalk’s content to phonetic languages and disease signals.

PetTalk also has A.I. technology incorporated into its search function. Since the phrasing of a question on the same body signal could vary from person to person, PetTalk is designed to have higher search accuracy when people search more.

“As PetTalk is a content built together with dog owners, we made it possible for the users to suggest additional languages or better expressions,” said Joon Jeong, Managing Director at Woorien. “Based on the fact that dog’s body signal is universal with no big geographical or environmental difference, we plan to launch PetTalk in other languages such as English and Chinese, too.”

PetTalk is available on Woorien’s pet solution app ‘Between Dog and I’ that is currently downloadable for free from Google Play and App Store in South Korea, and the company plans to launch the app in other countries in the near future.

In conjunction with PetTalk, Cheil and Woorien plans to provide quality contents about pet dogs from uploading more pet education videos on the app to providing in-depth explanation on body signals introduced in PetTalk by pet behavior therapist via YouTube channel ‘Between Dog and I TV’. 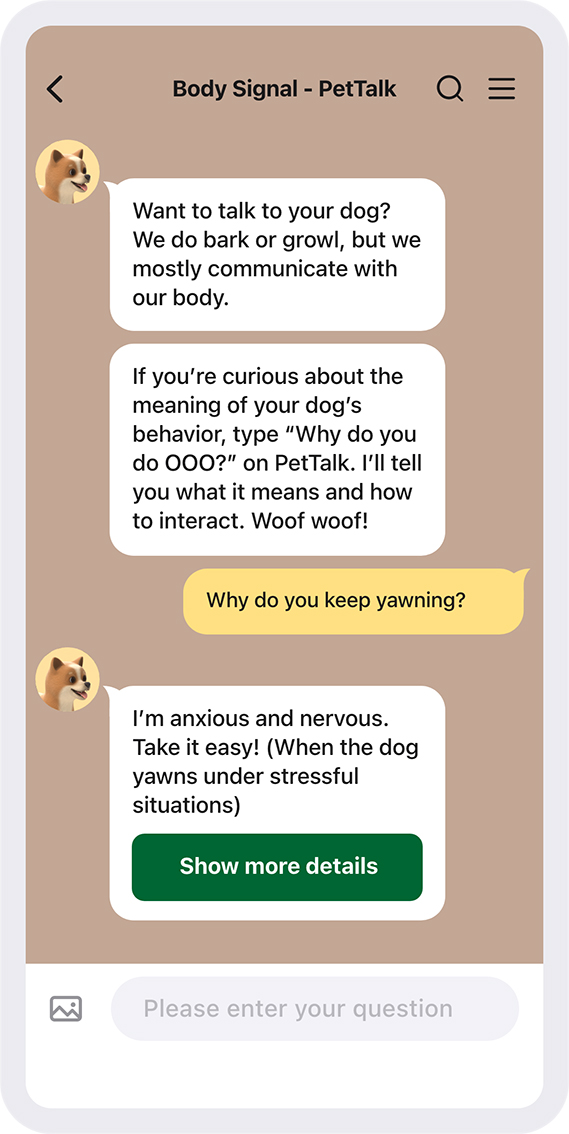 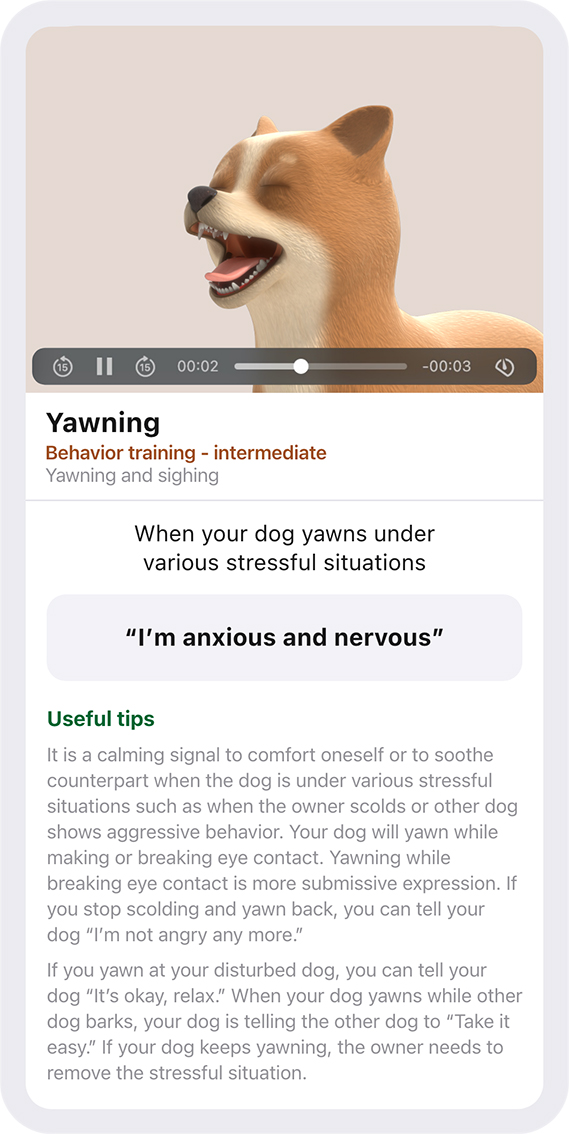