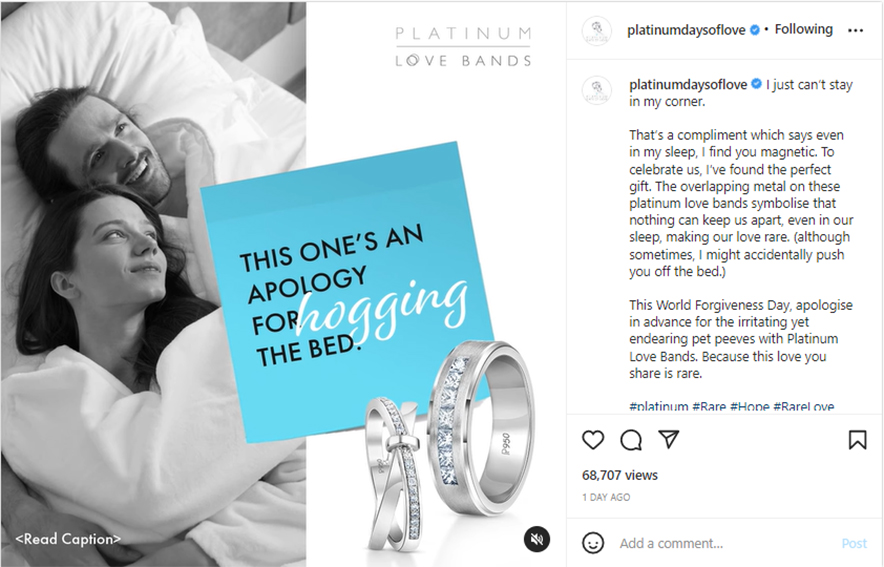 22feet Tribal Worldwide India has launched this new campaign released on 7th July, World Forgiveness Day, in an attempt to engage and connect with audiences via witty and relatable instances.

Every relationship has certain pet peeves – things that couples know they do that might annoy the other. Things they know are bound to happen any which way. And because you can’t change it all, you ask for forgiveness – in advance! This Forgiveness Day on 7th July, Platinum Days of Love wants to give couples a chance to embrace these little quirks by asking for forgiveness in advance.

World Forgiveness Day is an occasion when there’s a high probability of couples latching on to a trend, spark conversations in the digital ecosystem. There was an opportunity to own the narrative on this day. The idea was to allow couples to apologize to their partner in advance by gifting a set of Platinum Love Bands unique to their relationship. It started by seeding the idea of an advance apology on the brand’s website, the descriptors of each pair of the love bands collection were changed across the site a week before Forgiveness Day. Each pair of rings became a way to apologize for specific and relatable annoying things that one does and would continue doing in the future. An SEO campaign was then activated using things people would search on Google when looking for forgiveness, e.g., sorry quotes, apology notes, etc. These keywords directed people to visit the brand page. The message of #AdvancedApology has been further amplified by a series of reels created with influencer couples in collaboration with CurlyTales. Well-known couple influencers such as The Vogue Vanity, OdysseyOfTwo, and Divya Maben, took the #ForgivenessDayChallenge pointing out the guilty party in each situation. The campaign was amplified through the brand’s social media page driving the message with engaging posts and humorous product descriptions similar to the ones on the website. Spotify too formed an interesting amplification avenue where the brand had a contextual presence on all playlists that carried songs on apologies.

Sujala Martis, Director – Consumer Marketing, Platinum Guild International – India, said: “Although jewellery brands generally target larger occasions, we didn’t want to overlook smaller topical occasions like Forgiveness Day. Even though it isn’t a conventional purchase occasion it is a great opportunity to engage with our audience and do something different – this idea seemed to fit right in. The instances come from everyday insights in a relationship and are very much a part of the modern-day discourse on love.”

Ishan Mehta, Executive Creative Director, 22feet Tribal Worldwide, said: “Relationship pet peeves can be endearing too. So as a brand that represents relationships in a modern & contemporary manner, we thought this was a great opportunity to showcase how platinum is a marker of a love that is rare – one that accepts a person as she/he is – annoying traits and quirks included!” 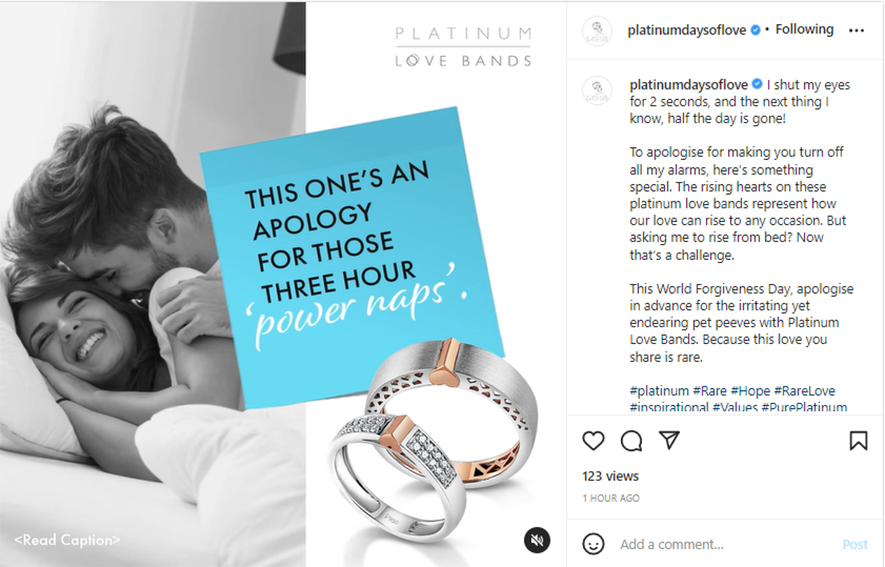 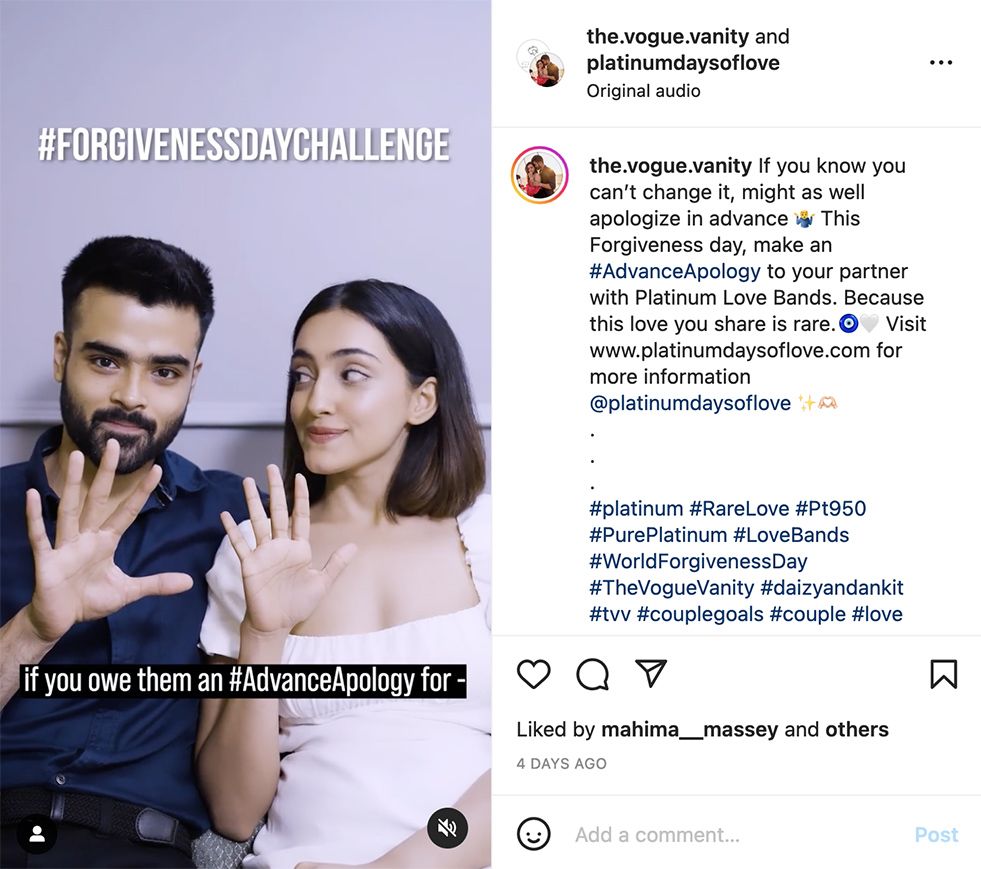