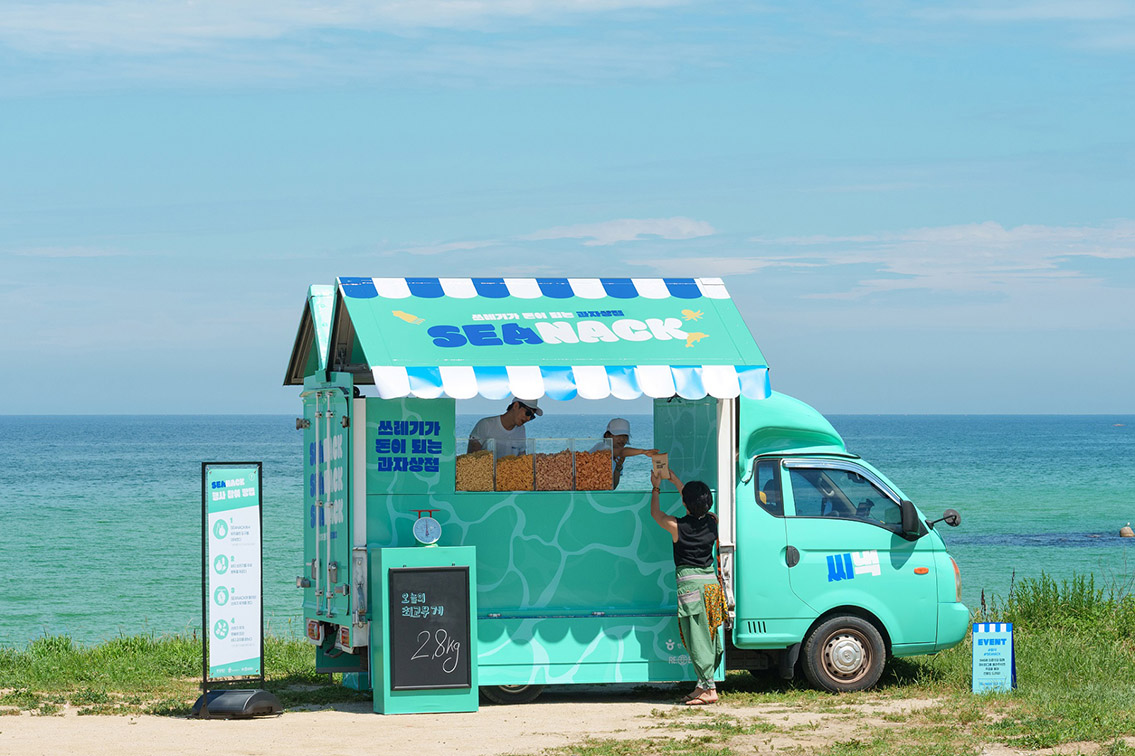 Cheil Worldwide Seoul has announced the launch of ‘Seanack’, a new campaign that turns coastal waste into currency to buy snacks. A portmanteau of sea and snack, Seanack incorporates gamification in campaign by giving snacks in exchange for discarded waste. The campaign is aimed at raising awareness about ocean waste problem and encouraging plogging – an activity that combines jogging with picking up litter.

As social distancing policy loosens in South Korea, beaches around the country will be open for the first time in three years. Partnering up with K-Green Foundation, Korea Tourism Organization, and Lotte Department Store, Cheil Worldwide runs Seanack campaign in four beaches for four weeks starting from the end of July as beaches will be crowded with more vacationers, generating more waste than usual.

How Seanack works is simple. First, find Seanack truck at the designated beach, and borrow beach cleaning tools. Pick up waste on seashores and bring them back to Seanack truck. Measure the weight of the waste and based on exchange rate, get snacks in various marine animal shapes such as whales, squids and crabs. People need to bring their own container, anything that is reusable such as a hat or a tumbler. One participant who picked up the heaviest waste in that day wins a special gift.

People who cannot visit beaches can still participate in Seanack by plogging anywhere and posting a proof shot on social media with hashtags. Marine animal-shaped snacks will be given out through a lucky draw.

Choi Yul, Chairperson, K-Green Foundation, said: “Seanack campaign creates similar experiences to those experienced when playing games – motivating and engaging people as they are invited to the much enjoyable activity of plogging. We hope this campaign provides an opportunity to think about sea pollution and environmental issues once again.”

Cheil Worldwide developed, created, and executed the campaign. The campaign includes on-site and social channel events, a main film, and viral films to roll out across K-Green Foundation’s website and social handles. 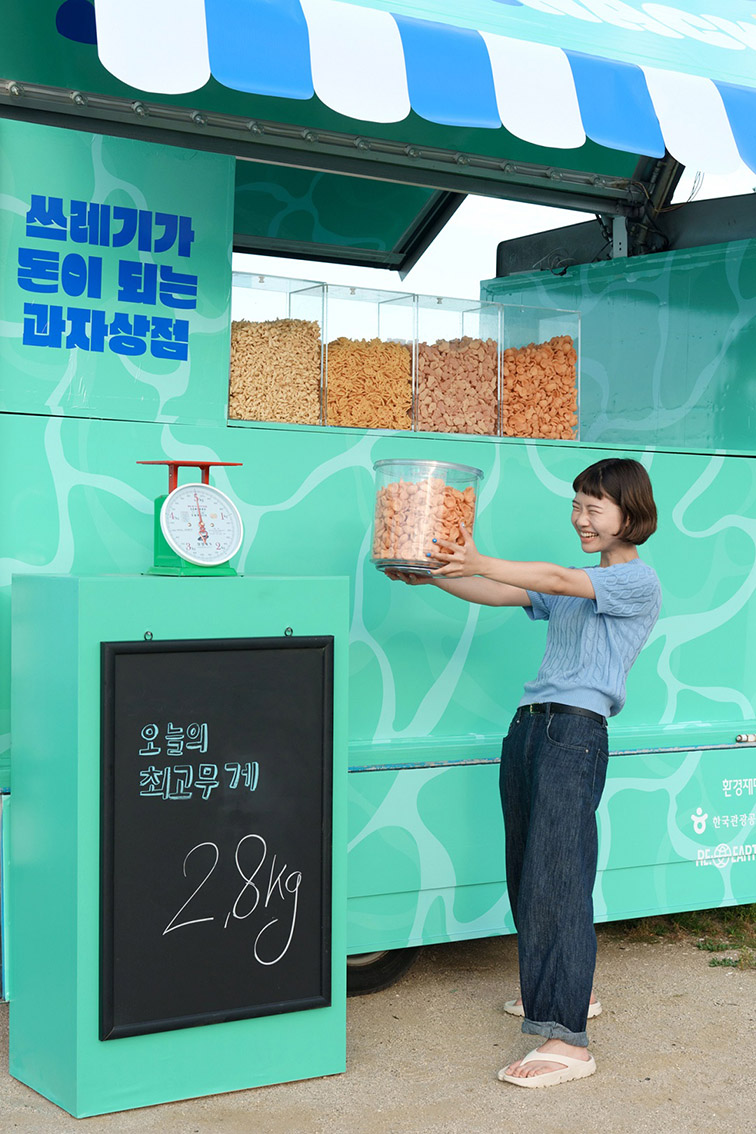 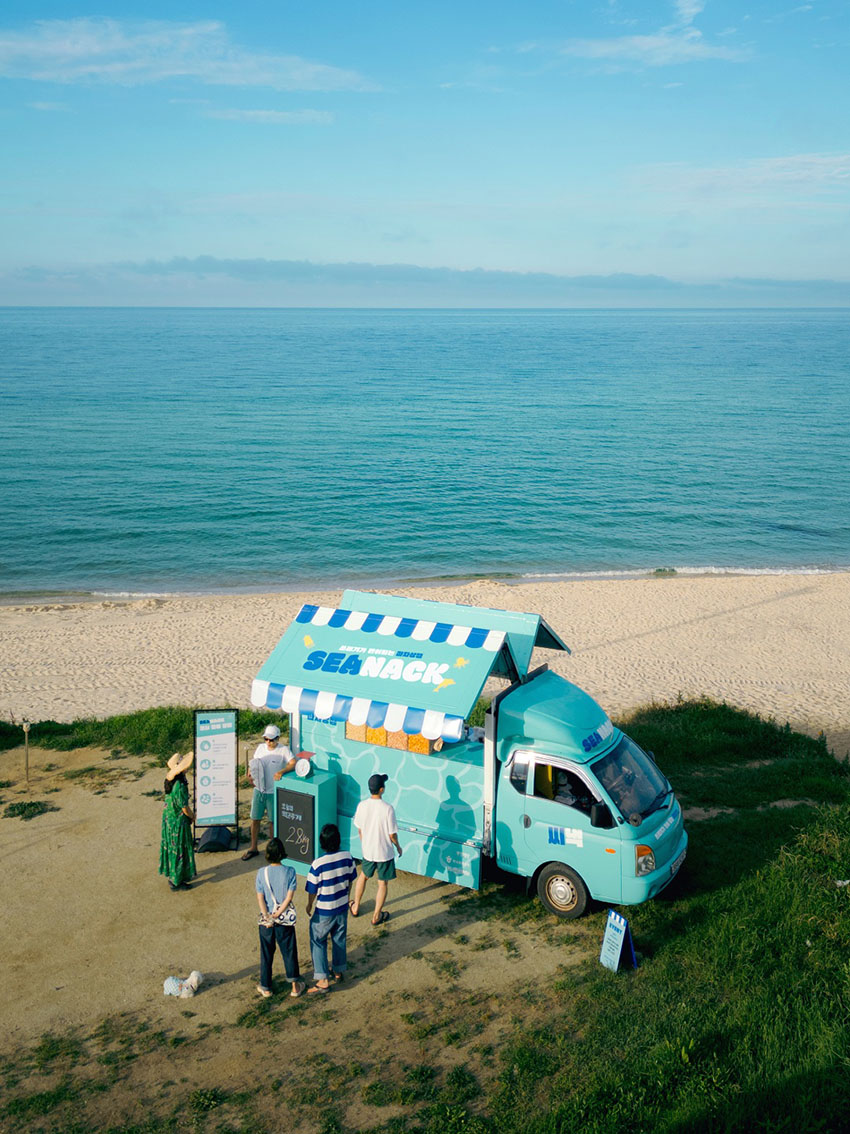