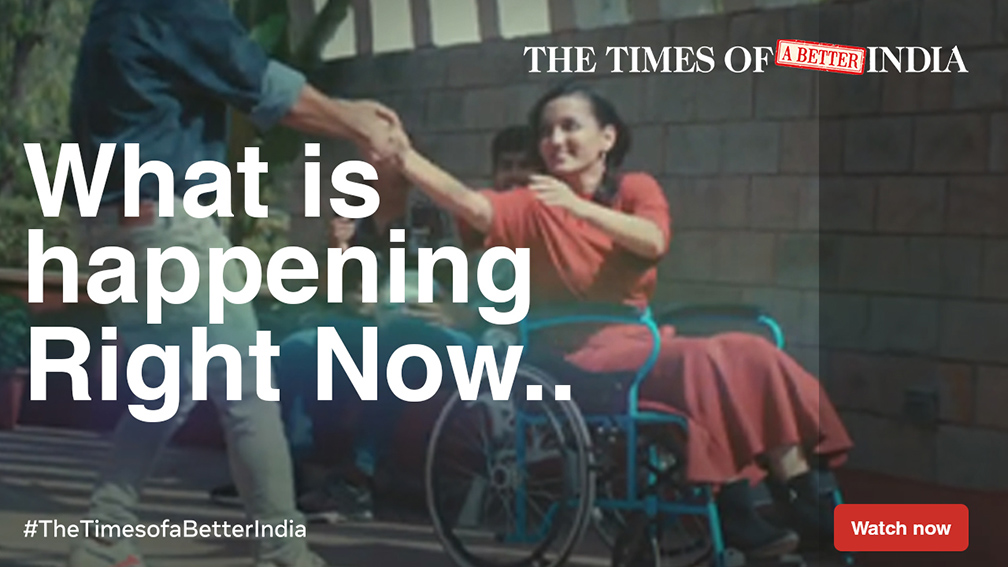 The Times of India has released this new campaign titled, ‘The Times of a Better India’, celebrating India’s progress through every decade and the opportunities it created for citizens to leverage.

‘The Times of a Better India’ is an initiative that explores the continuum of change and positive development that India has witnessed since Independence, where every decade has built upon the progress of its preceding one.

Celebrating achievements such as the country’s first underwater tunnel for the Kolkata Metro, which is currently under construction, to the evolution of India’s Space Programme, it celebrates the grit, ambitions, and dreams of the average Indian, who is quick to recognize and use every foothold to rise higher, the campaign draws attention to how right now is #TheTimesOfABetterIndia.

TOI has consistently showcased great Indian success stories and actively contributed to making India a better place, through its marquee initiatives such as Teach India, Lead India, Lost Votes, and many more. This time, ‘The Times of a Better India’ will go the extra mile and talk about the ecosystems that make those success stories possible – the institutions & organizations, the individuals & the factors that drove them, the social trends, the societal influences and even the policy changes that facilitated positive change.

Kaustuv Chatterjee, Director – TOI, Language Brands & NPI, at Bennett, Coleman and Co. Ltd., said: “The Times of a Better India brings to you inspiring stories, heart-warming narratives, and deep insights, cutting across a range of themes – from space research to sporting glory, from infrastructural changes to environmental sustainability and much more. It will delve into the change drivers of the past, their impact on the present, and a status-check of what the future may hold. Critically, the campaign will also ask questions about whether the success of certain sectors is indeed taking the country forward and what more could be done. In essence, this initiative seeks to inform on realities in India beyond the polarized rhetoric and start conversations on the true nature of opportunities and challenges regarding progress.”

The initiative invites readers to join the conversation, give their viewpoints on key questions, ask them to share their own experiences, and give them an opportunity to discover interesting stories and win prizes via interactive contests. 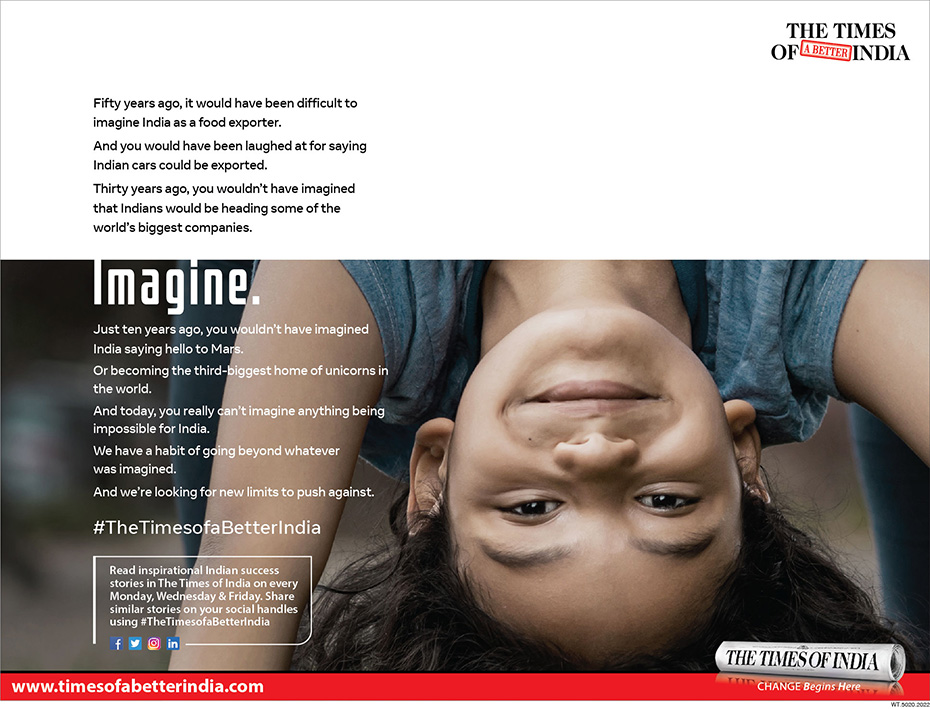