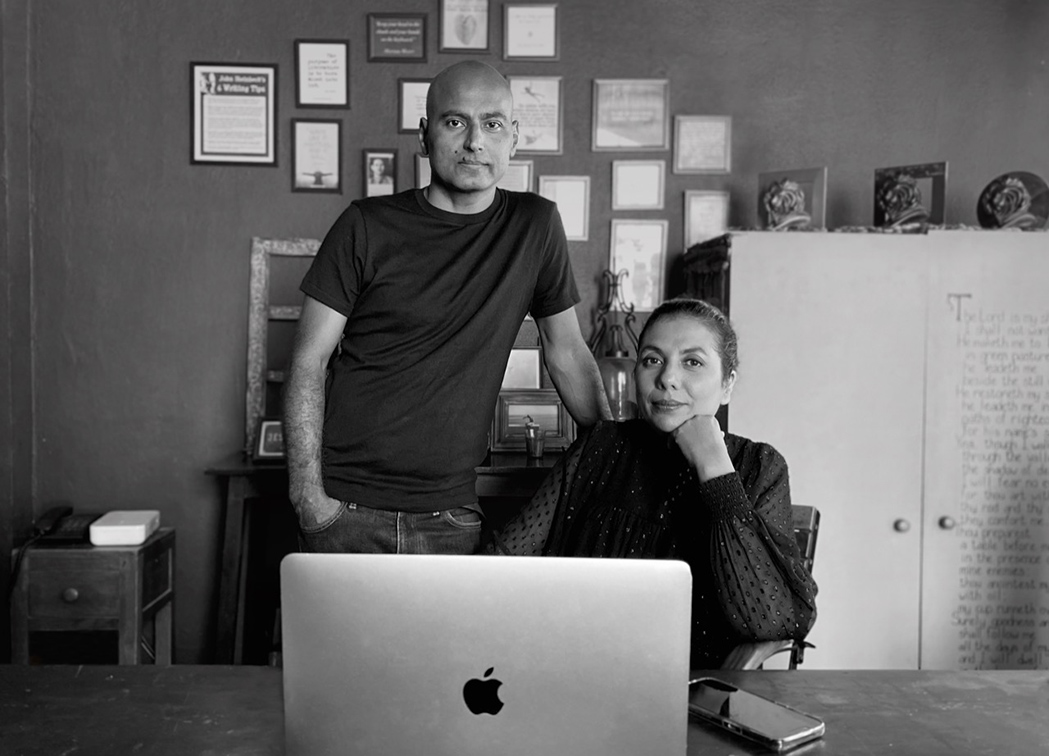 Earlier this year in March, Emmanuel Upputuru announced his departure from Cheil Worldwide India, giving little indication of his next move. Today Upputuru released news that he is founding a new company, EFGH Brand Innovations.

Upputuru is calling his new self-funded outfit EFGH Brand Innovations. While he hasn’t yet confirmed what it stands for, he does claim EFGH has a strategy to change the game in the great talent war.

Upputuru said: “Obviously people want to know what EFGH stands for. That’s exactly one reason I chose it, out of the million other names that I flirted with. The answer of course is I don’t know. Is it an abbreviation? An acronym? Maybe it is, or maybe it is a word, there is no one answer. Throughout my career I refused to do only one kind of work. EFGH has to grow into something on its own without me burdening it with a name and meaning it has to live up to. The working model is going to be disruptive. We have already proved it with a massive project we did for Tech Mahindra for their foray into the Metaverse. A team of 14 professionals, handpicked from different geographies with different skill sets, with the client sitting in New York and work delivered in Barcelona. This included shooting a film with Mr. Mahindra. So that’s a great debut for us.”

On his partner, Joyce Shepherd (pictured on right), he adds: “For my co-founders I had to just look beside me. Joyce is not just a brilliant writer, but an artist at heart. She left her job to, as she puts it, join The Offspring Pvt Ltd. All these years she has been my silent partner in almost every piece of work I did. Now it is time she steps out of the dressing room and walks with me onto the pitch to play alongside me. We are looking forward to growing this company together.”

Shepherd says: “I think the E of EFGH has to be Emmanuel. This is his dream. When we gave up the comfort of a good job that Emmanuel had no urgent reason to quit, it was a brave move. I don’t think it’s possible to follow your heart without being brave. If you’ve met Emmanuel, you’ll know that he is never static. This is true in every sense. With the constant deluge of new ideas and technologies, he tries to absorb and learn as much as he can, and it bleeds into his work. In a world that is experimenting with a variety of formats, platforms, technology and new ways of connecting, the possibilities are so much more exciting. For me, after years of working on standalone writing projects, including heavy ones like coffee table books for HCL, the structure and flow of everyday agency work has taken some recalibration. But with Emmanuel and the team we are putting together I am confident at the prospect of going all in.”

The agency is also planning to release NFTs that will allow people to be part of EFGH’s story.

Upputuru continues, “There will soon be an announcement of a key player whom we are lucky to have batting for our side.”

Emmanuel Upputuru has led places like Cheil, Ogilvy, and Publicis. This would be his second attempt as an entrepreneur after ITSA. Over the years he has become a self-confessed Clients’ Creative Director.