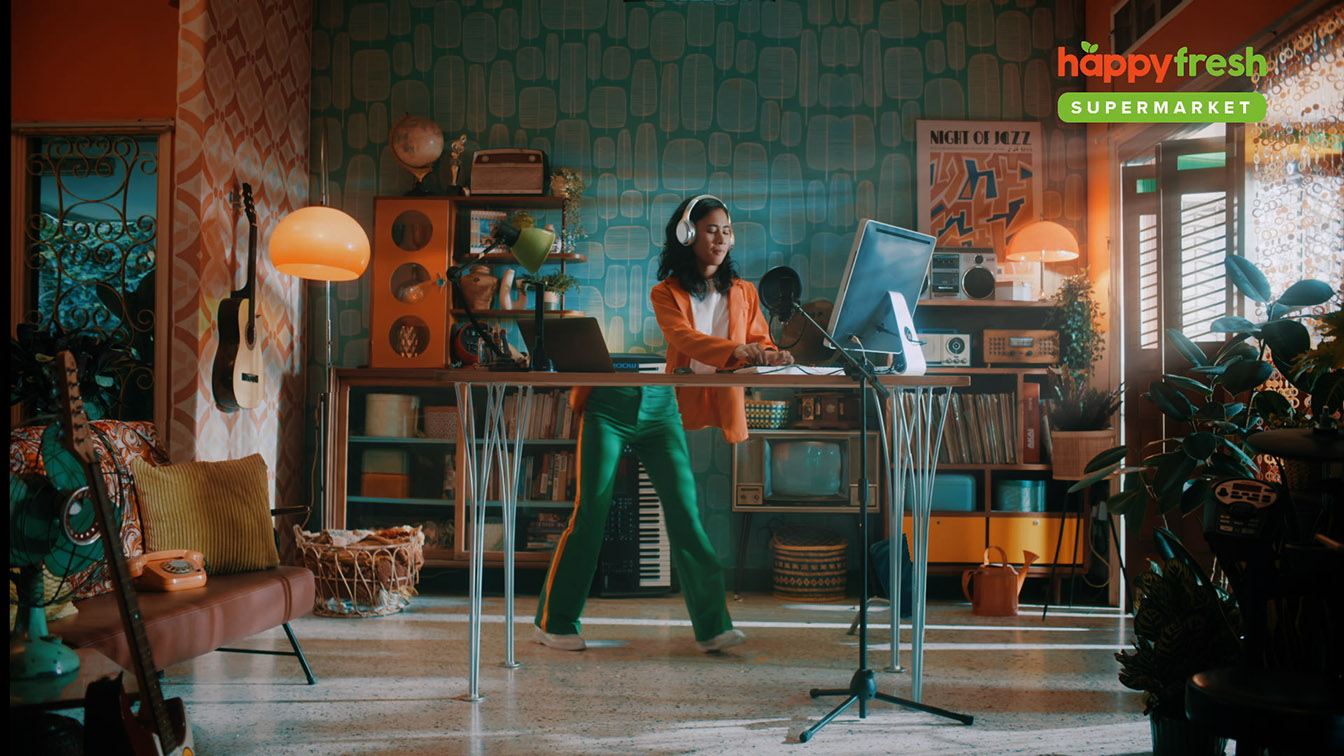 With the rising cost of living, HappyFresh wanted to give Malaysians reasons again to celebrate every trip to the grocery store. They launched a new offering called HappyFresh Supermarket that gave customers bargain prices, fresh produce, and mobile convenience to make the shopping experience a lot less grim.

To bring the message to life, they engaged Imaginary Friends and Directors Think Tank. Together, they produced a surreal spot with dancing disembodied legs that featured rising Malaysian rap artiste Hullera.

“24 hours in a day is practically nothing for many of us. And that informed the purpose behind this campaign – to illustrate how consumers can do their grocery shopping within minutes without any worries. On top of that, we were also intent on instilling the fun factor in the e-grocery experience as we want to flip the script on what a shopping experience should feel like,” said Darren Lee, Head of Marketing at HappyFresh Malaysia.

Adam Chan, Creative Director of Imaginary Friends, said: “People don’t think about grocery shopping every day. In fact, it’s a rather low- involvement chore for most. The challenge here, even with the great offering from HappyFresh Supermarket, was to find the magical in the mundane that could cut through the clutter. The surreal spectacle we finally came up with was something that immediately resonated with us. It takes the fun and raw exuberance our young HappyFresh audience seek, and pairs it with the brand promise in a truly unexpected way.”

As for the filmmaking process, Directors Think Tank’s Sling Ng shared that they wanted the sense of fun in the script to carry into the shooting process as well. “We could have done it with motion control, but we felt that a manual approach would give us room to improvise and be spontaneous on the spot. And when you’re working with professional dancers and talent, you always need to make room for those moments of inspiration. It also helped that I knew the guys at Tank 3 could match all the plates seamlessly in post!” 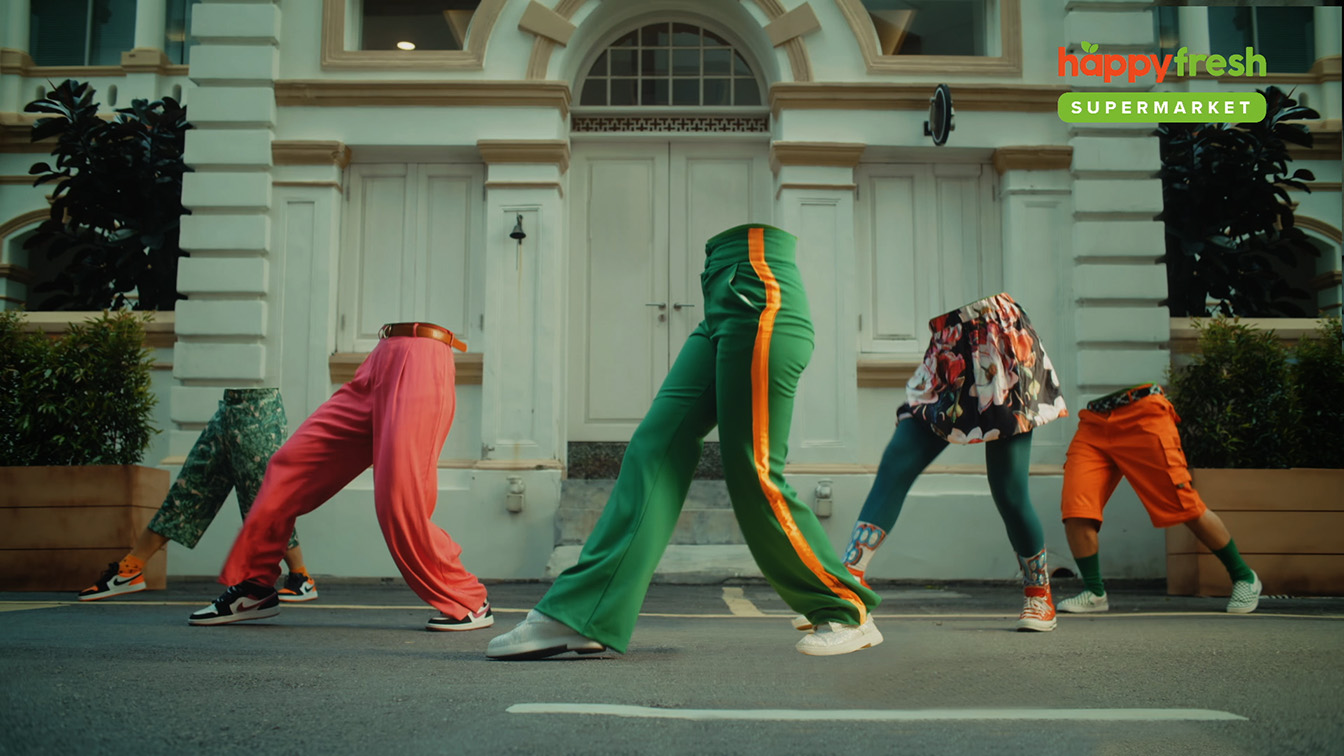 “The brand and agency came out with the HappyFeet Music Video concept which cleverly illustrates how convenience and deals put the fun in grocery runs. We were able to inject the campaign’s USPs into the lyrics of the music in a seamless way while visually pulling off something that would give the spot a ‘wow’ factor. We don’t see many disembodied legs dancing around, after all. It was a very intense and technical production, that required online post-production to bring their ‘A- game’ as all crane and track shots were done manually by hand, and it was extremely crucial to ensure the camera movements and timing matched the actual shots. Suffice to say, we were happy with how it turned out,” added Paul Leong, Creative Lead for Malaysia and Project Lead.

The dance moves were choreographed by social media sensation Danny Lee of 3P and in addition to starring in the film, Hullera also wrote an original composition with DJ Zigg for the HappyFresh spot. 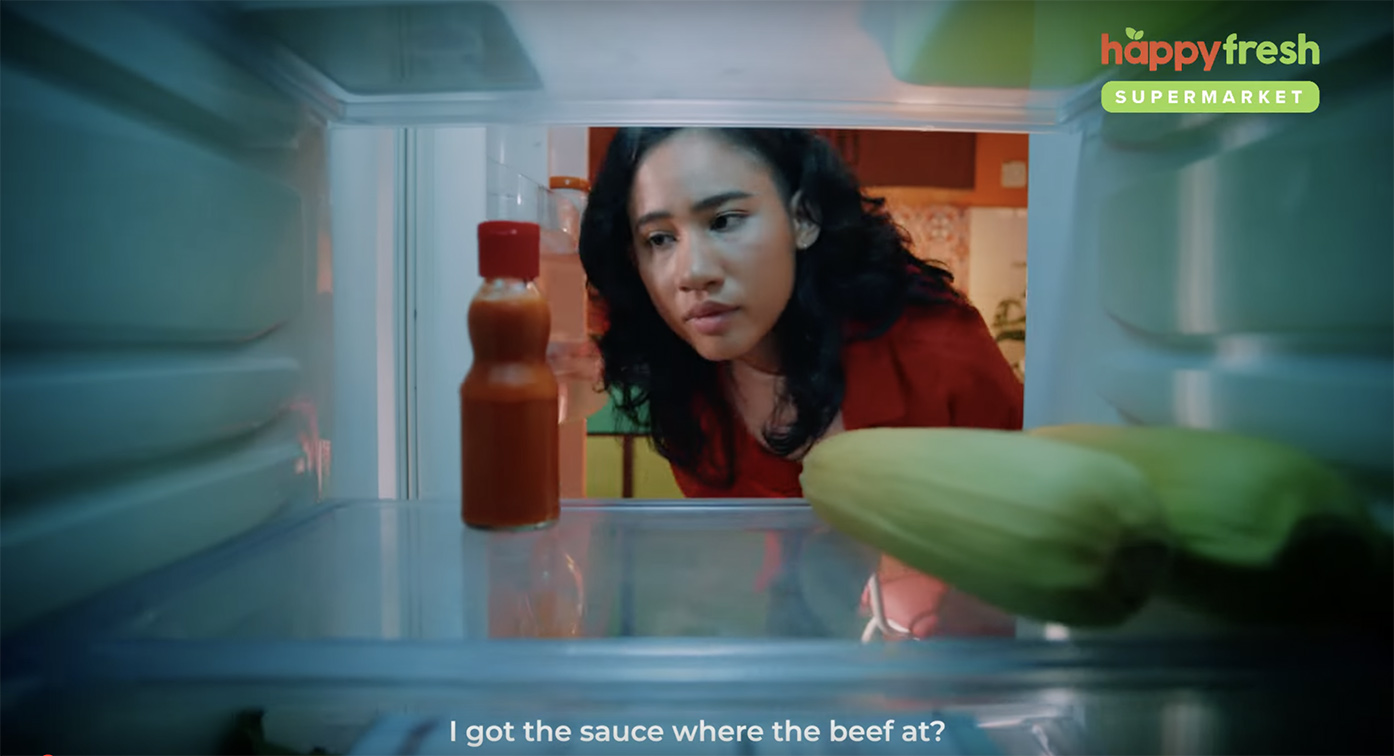 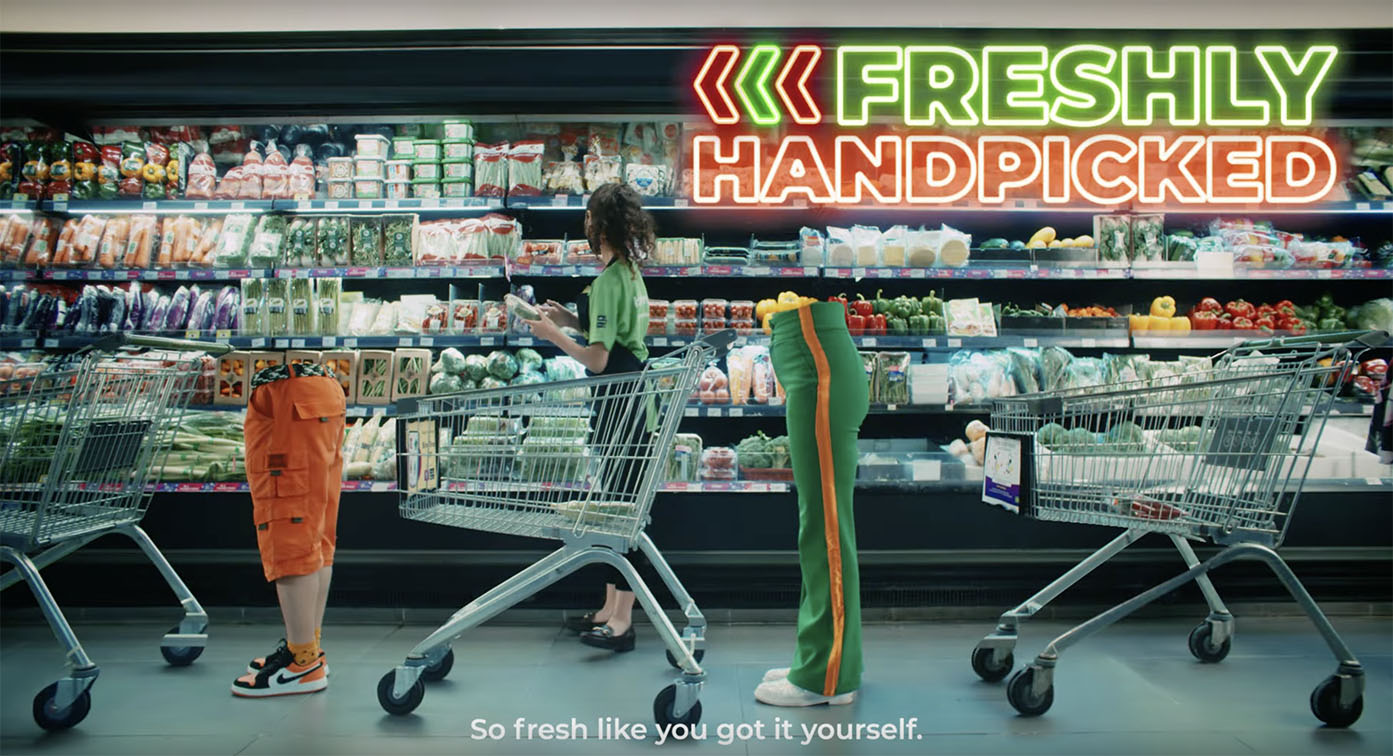