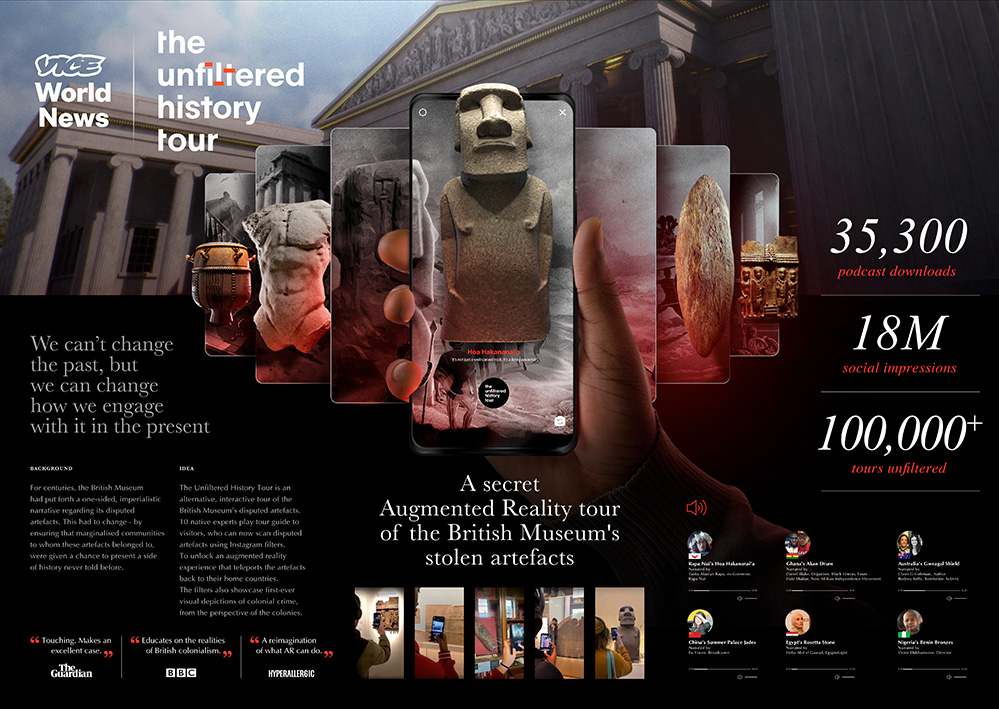 The results of this year’s MAD STARS awards were announced last night at the presentation night held in Busan, South Korea. This year’s awards received 18922 entries from 73 countries and saw WPP named Network of the Year and Impact BBDO named Agency of the Year.

Executive judge Charu Menon (Heckler) said: “Hydrogen Garbage Truck is a deserving Grand Prix winner in the Healthcare category because we think it demonstrates such a clear link between the problem it’s trying to solve and the solution. It’s not a single, PR headline but a long-lasting impact using innovative thinking and clever design helping make the lives of our sanitation workers better for good.”

Ashwini Deshpande (Elephant Design) said: “A large global corporation such as Hyundai with a successful strategy to solve the social problem is heartwarming. Shows empathy. This MAD STARS awardee will hopefully gain traction across the world and help achieve global social impact”. 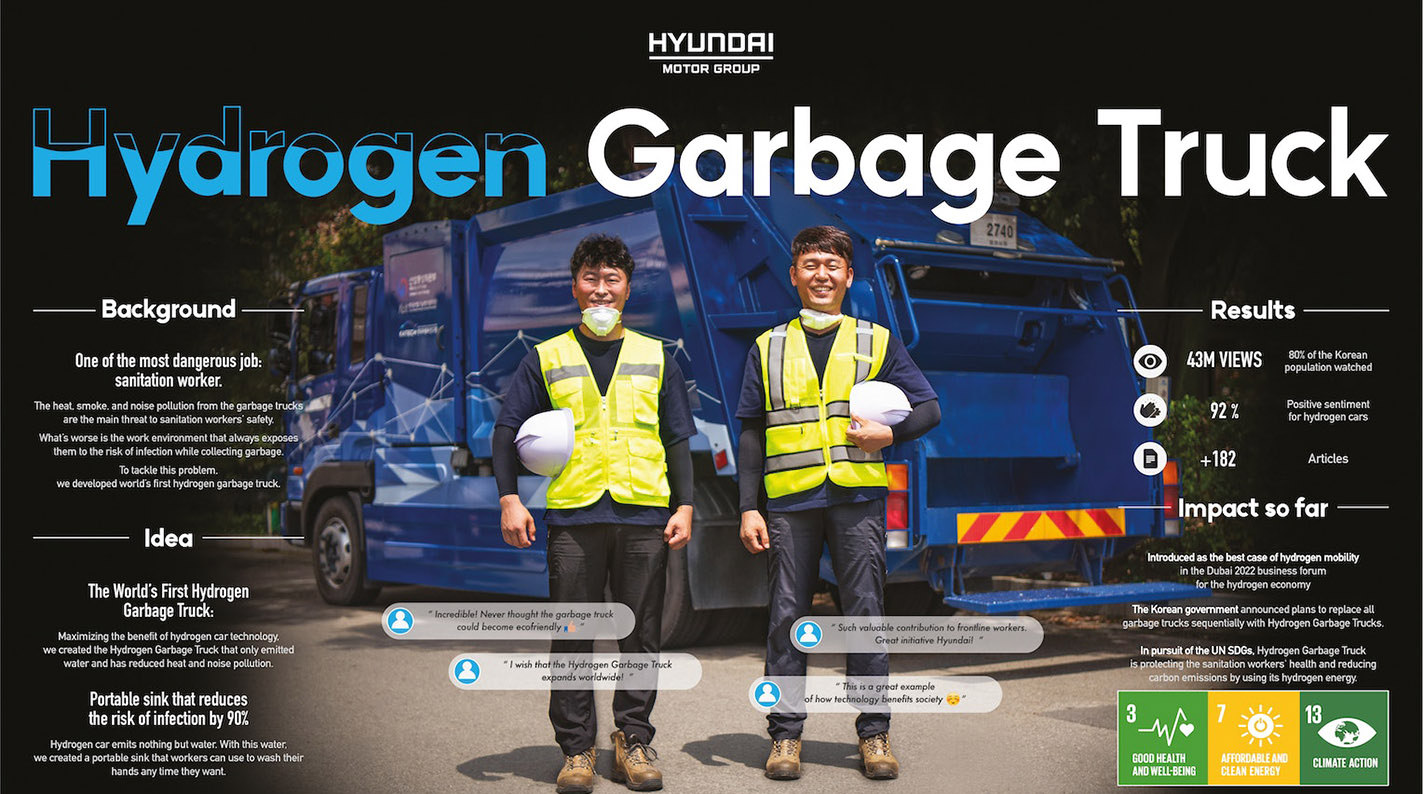 Menon stated: “Unfiltered History Tour is a deserving winner of the Grand Prix in the use of media. It’s a subversive campaign that uses technology to educate and inform. It’s using AR technology cleverly to put itself right in the middle of a political dialogue about colonialism using a language that resonates with a younger audience”.

“The unfiltered history tour touches a chord for anyone who has known about colonisation and history. It cuts across cultures, countries and generations reaching a very wide audience. Vice Media not only achieved its goal to widen their reach, but created a benchmark for sharing history without bias” added Deshpande. 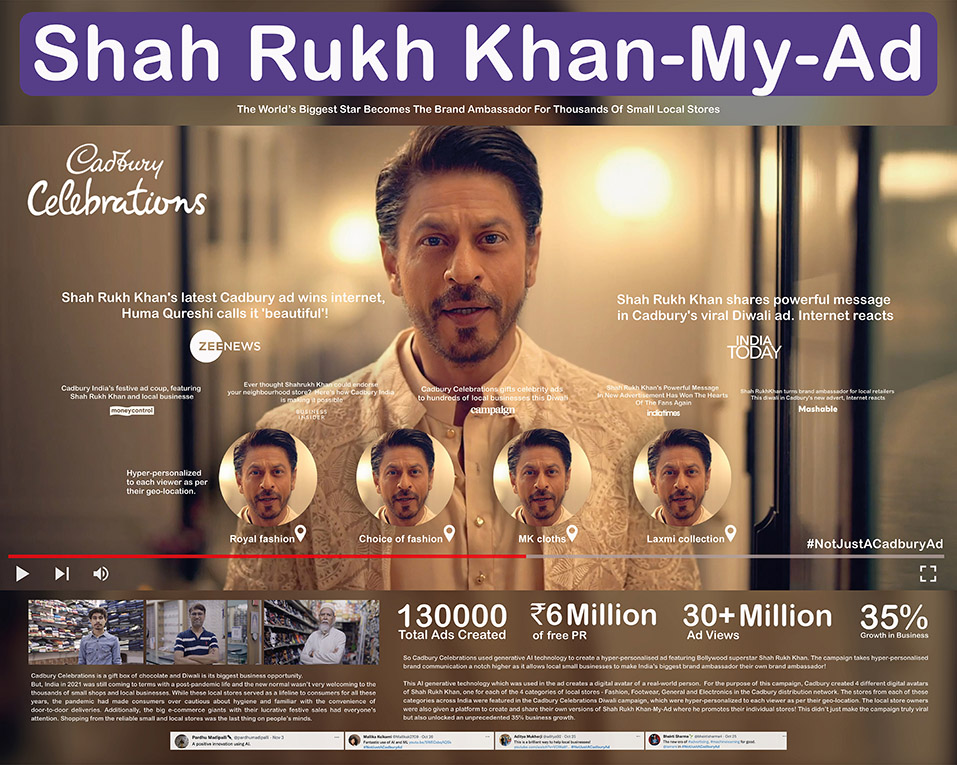 Fifteen Grand Prix trophies were awarded to the following 9 agencies:

Hwan-Jin Choi, Chairperson of the MAD STARS Executive Committee, says: “We are thrilled to be back in Busan after a 3 year hiatus due to COVID-19. It was an important edition for us, as it marks our 15th anniversary and also our rebrand. We have fully embraced the next stage of creativity by adopting the MAD STARS name. I would like to thank everyone who has participated in the festival this year and in particular, congratulate our winners for the madly creative solutions they showcased this year. ”

Kathy Delaney, Chief Creative Officer, Publicis Health/Saatchi Wellness, joined MAD STARS 2022 as an Executive Judge. She says: “It was such an honor to work with my fellow jurors to review and select the winners from an amazing body of work. This year’s MAD STARS awards prove that global creativity and innovation are alive and well – congratulations to all of the 2022 award honorees!”

Charu Menon, Producer and Partner at Heckler who was also an executive juror stated that “The judging process was rigorous, enriching and inspiring with a lot of original and creative submissions from all around the world. After a couple of pandemic years, it was so good to see a return to lightness and simple, fun storytelling. I’m really excited with our final results and I can’t wait to let the whole world know about it”

“MAD STARS is unique. Not only is it free to enter and open to everyone, but it also gives back to the industry like no other award show. In addition to promoting creativity through some of the best work I have seen in a long time, MAD STARS also awards the Grand Prix of the year winner $10,000, which is amazing.” added Alan Kelly, Chief Creative Officer at Droga5 Dublin and executive judge at MAD STARS 2022.

Deshpande had this to say regarding the Portuguese (Re)constitution from FBC Lisbon: “They say ‘a pen is mightier than sword’. This entry is a great example of some very powerful messages conveyed in a non-aggressive, elegant and poetic way. Every page is a revelation and a message in itself”.

Reflecting on the Election Edition from Impact BBDO’s Gold Win, Delaney stated that “Citizens around the world recognize that we’re living at a time when democracy is fragile and dependent on everyone’s engagement in order to remain intact. An-Nahar, the Lebanese newspaper’s ingenious and provocative campaign, ‘The Election Edition,’ artfully demonstrates that civic engagement and sacrifice are keys to ensuring the continuation of unimpeded free and fair elections. This was more than a campaign; it was a clarion call to democracy itself. A well-earned and well-deserved win.”

The Cadbury Shah Rukh Khan-my-Ad is a groundbreaking creative approach to hyper-personalization. Aimed at supporting local small business owners throughout India who were challenged during the pandemic. This campaign allowed SMB owners to customize a video about their business through the use of a digital avatar of Shah Rukh Khan, to amplify awareness of their store at no cost. This campaign is an indicator of the emerging trend of Asset Composability. A composable asset where its embedded characteristics can be used as building blocks for broader customizable application – ultimately enabling broader compounding innovation.” added Chris Duffey Strategic Development / Creative Cloud Design from Adobe.

Paul Conversy Awards Manager at MAD STARS concluding on this year’s edition of the festival stated that “I’d like to thank everyone who helped make the 2022 edition of MAD STARS a success including our judges, speakers, exhibitors and attendees but above all, I’d like to thank the global creatives from more than 73 countries that submitted truly exceptional and creative entries. It’s been an exciting year for all of us and I look forward to MAD STARS 2023 which will take place end of August in 2023 under the theme of Re-Boot”