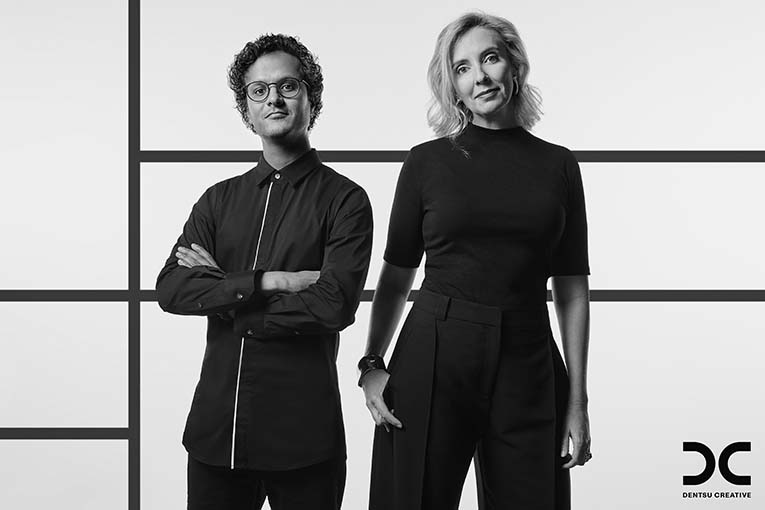 Bringing over two decades of global experience, they will report into Dentsu Creative Australia and New Zealand CEO Kirsty Muddle.

The team, currently Executive Creative Directors at M&C Saatchi Sydney, has worked on iconic campaigns such as Tourism Australia’s ‘MateSong’ (at M&C) and Go Gentle Australia’s ‘Stop the Horror’ (at Cummins & Partners). Their work has been recognised more than 200 times at the biggest award shows, including D&AD, Cannes Lions, The One Show, Clios and Spikes and WEBBY’s.

They have also played key roles benefiting the broader industry, with van Der Merwe serving two terms as national head of AWARD School helping to guide the next wave of creative talent in Australia, while Gordhan is one of the founders of #OnlyOneInTheRoom, launched to achieve more culturally diverse and inclusive advertising industry. Van der Merwe was the recipient of AdNews’ ‘Emerging Leader of the Year’, the B&T ‘Women in Media’ (Creative) Award and the B&T’s ‘Best of the Best Award’ in 2021.

Says Muddle: “Mandie and Avish shape what’s now and what’s next. They’re born leaders with deeply held beliefs that drive their behaviours. They want to do work that has never been done before, stuff that shapes society, creates culture and invents the future.

“They also can see things from all angles, be it CXM, Earned Attention, Entertainment or Media, and have the credentials that prove it. They’ve invested heavily into the growth and development of the industry and the people in it. It’s a great example of Sanpo Yoshi, our foundational belief .”

Says Fred Levron, Dentsu Creative Global Chief Creative Officer: “Clients are looking to differentiate their brands in new and meaningful ways. To help them achieve this and navigate the modern world our creative leadership needs to embody all the principles of Modern Creativity, able to deliver ideas that are big enough to live anywhere, bold enough to chart new executional territory and rich enough to connect personally with millions. Avish and Mandie are exactly that. I’m thrilled to see them joining our Dentsu Creative Australian Team.”

Says van der Merwe: “I’m truly honoured to lead the creative offering and be part of this incredible team. It took just one chat with Kirsty and Fred and we were hooked. An agency that centralises creativity and puts it at the heart of everything is a pretty difficult thing to ignore as a creative being.”

Adds Gordhan: “We are very grateful for the opportunity M&C Saatchi gave us and are really proud of the team we helped build. At the same time, it is hard not to feel a bit giddy by the possibilities of Dentsu Creative and the agency’s vision of building brands through entertainment, culture and content. And the chance to be part of Dentsu’s Indigenous social change agency, Cox Inall Ridgeway, and learn about the oldest living culture’s approach to creative thinking, is really exciting.”

Dentsu Creative Sydney won a Bronze Lion for its ‘Disease Dilemmas’ campaign for the Garvan Institute in June and the agency was also ranked by Campaign Brief number four on its The Work top 10 agency of the year rankings.

van der Merwe and Gordhan joined M&C Saatchi Group in 2019 as joint-executive creative directors. Prior to M&C Saatchi the pair were previously creative directors at Cummins&Partners Sydney – where they first worked with Kirsty Muddle, who was managing director and founding partner – and before that senior creatives at TBWASydney. They have previously held roles at The Jupiter Drawing Room, DraftFCB Cape Town, TBWA/Hunt Lascaris, Fortune Promoseven Bahrain and Black River FC.