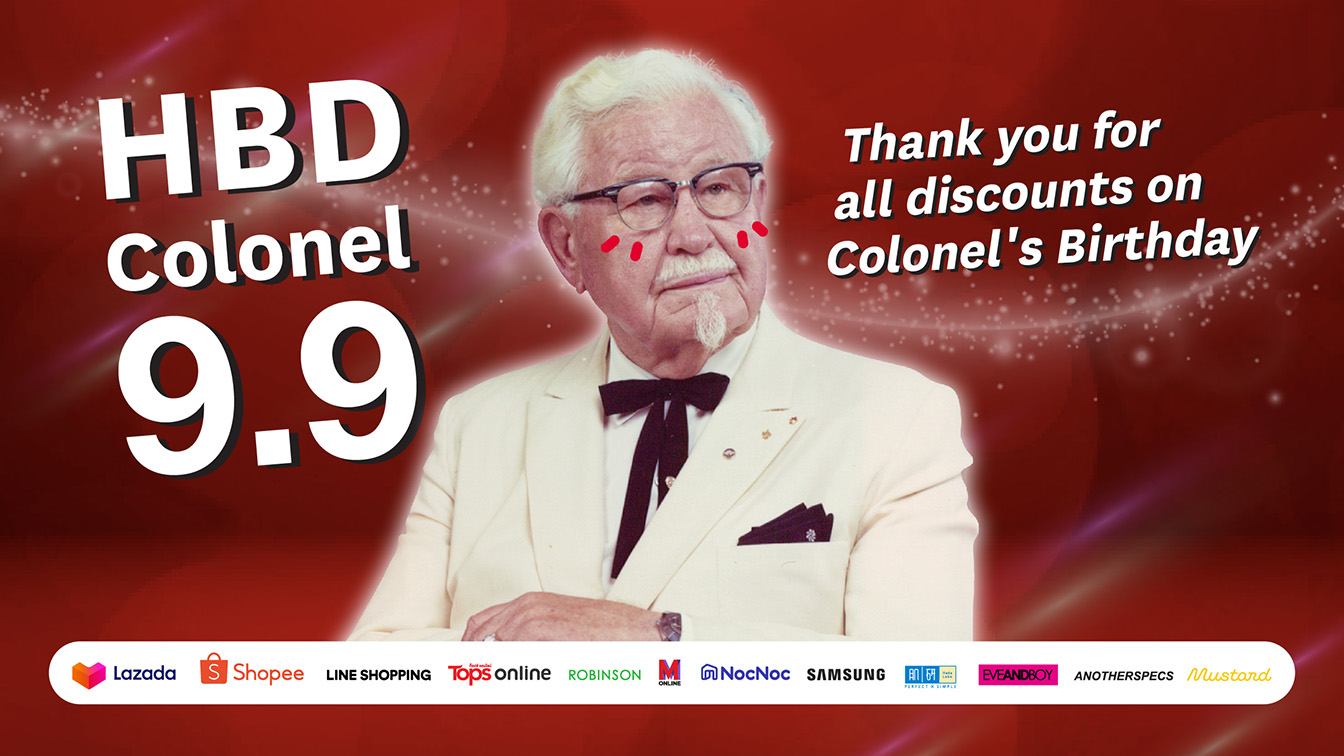 KFC has got the viral this month, with this launch of this birthday campaign via CJ WORX Thailand for KFC founder Colonel Sanders. The campaign was shown on millions of screens on the same day of Thailand’s 9.9 double-digit sale.

Thailand’s 9.9 double-digit sale is Black Friday – Thailand’s mega shopping day. Brands are going hard with discounts with the hope to get their sales up. This month’s 9.9 was going even wilder than ever due to Colonel Sanders’ Birthday campaign, titled “Thanks for Discounts on the Colonels’ Birthday.”

The concept encouraged brands to go all-in on the 9.9 campaign while also thanking all brands that celebrated the Colonel’s Birthday. Many brands joined in Colonel Sanders’ big day by putting discount labels on their products. It’s KFC. “Colonel Sanders” was not just going to promote his mouth-watering fried chicken or the birthday. 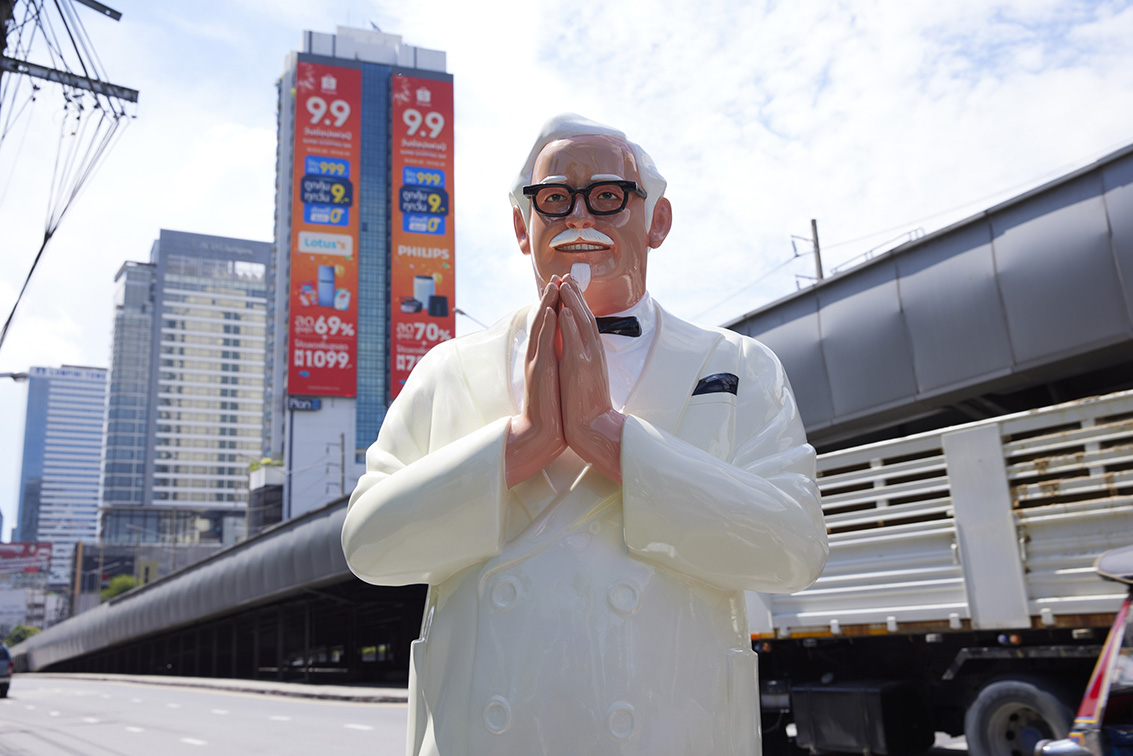 KFC was bringing their prominent figure out to the public to show the founder’s gratitude by helping to promote other brands that offered discounts. KFC is sticking to its brand concept of bringing the community together and delivering pleasant moments in their lives. And that’s not the end of its brilliant approach.

This KFC ad was being also aggressively advertised through the media. KFC went all in with the online, offline media, and KFC’s own channel that are more than sure to reach a lot of eyeballs, especially the GEN Z.

Adding a bit of Thai people’s insights as the recipe to get the finest flavor out of this campaign has made it more “tastier.” Thais are used to seeing artists’ Happy Birthday billboards on the streets, so for Colonel Sanders’ Birthday, billboards at BTS stations and Tuk Tuk wraps were undoubtedly put in place to spice up the campaign.

KFC was giving freedom to CJ WORX, a digital agency known for its marketing trick of viral campaigns, to come up with the campaign idea. CJ WORX sees it as a win-win situation for all parties since KFC helped in promoting other brands’ products while also celebrating the birthday. Thais are seeing this ad as CJ WORX’s latest proactive marketing tactic. It certainly is an example for other brands looking to do something fun, with the added bonus of going viral. 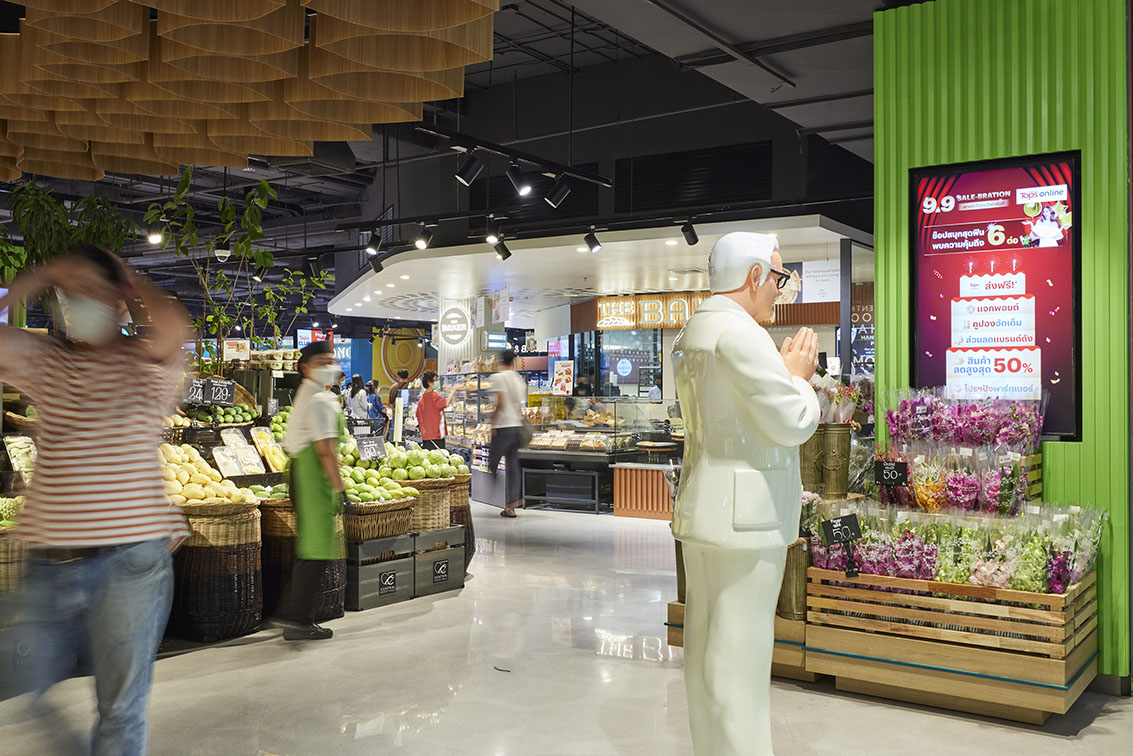 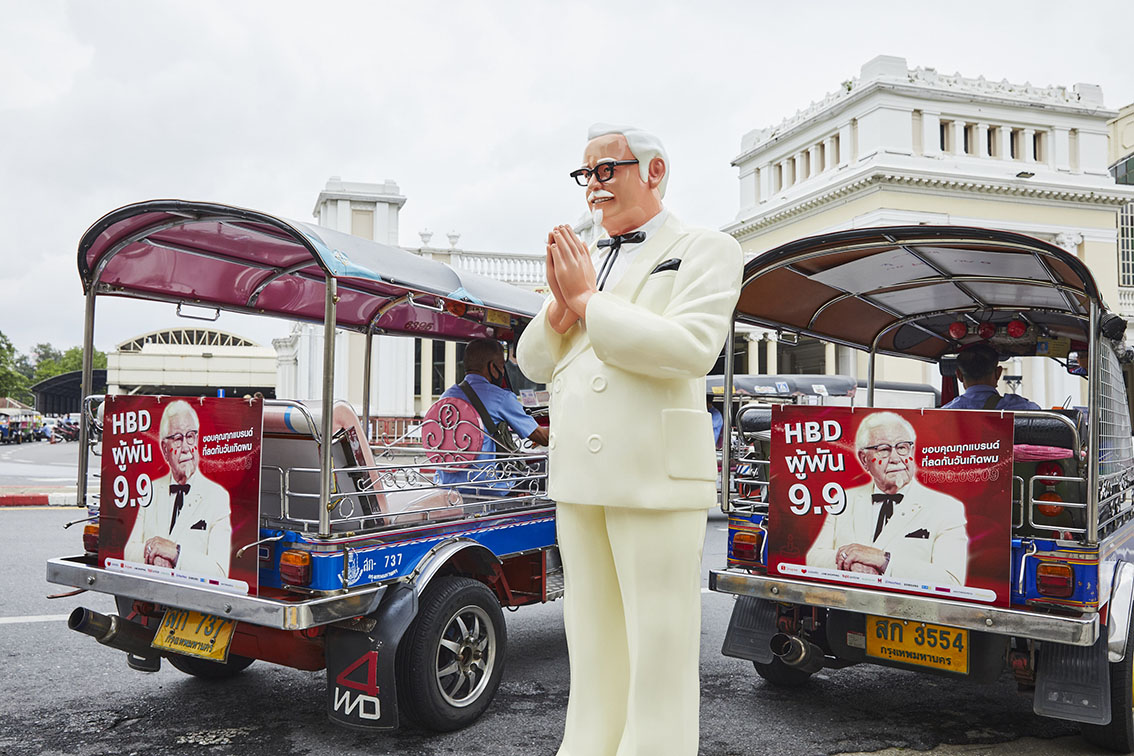 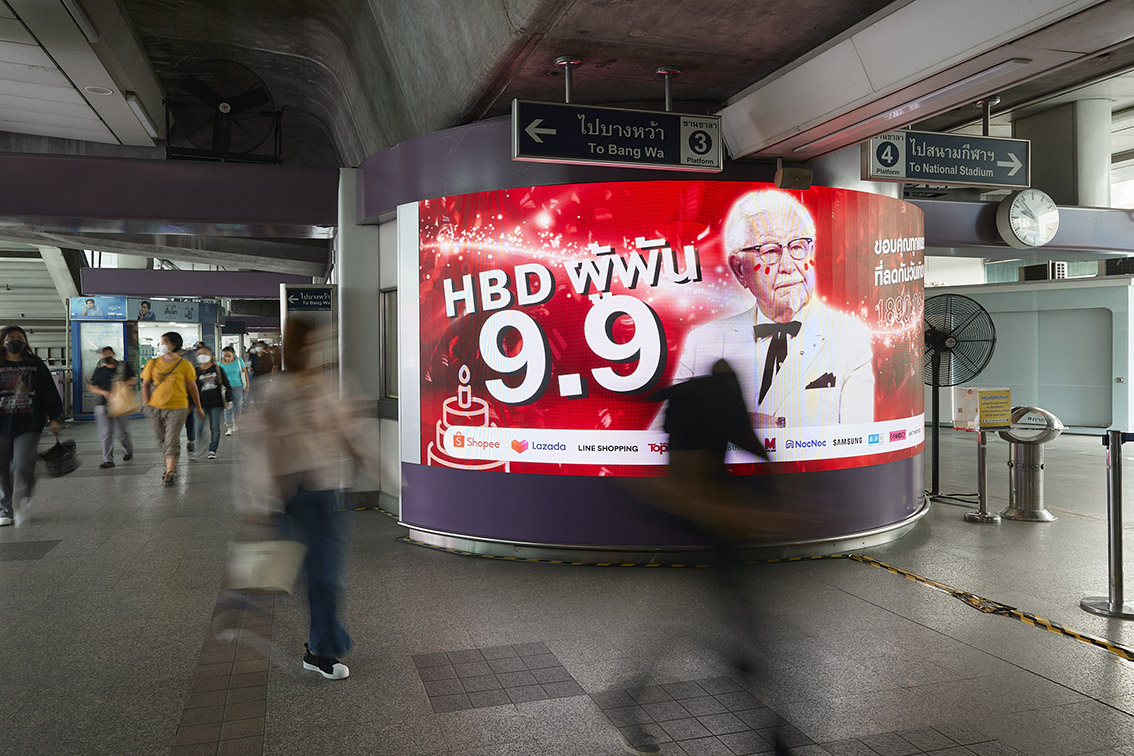 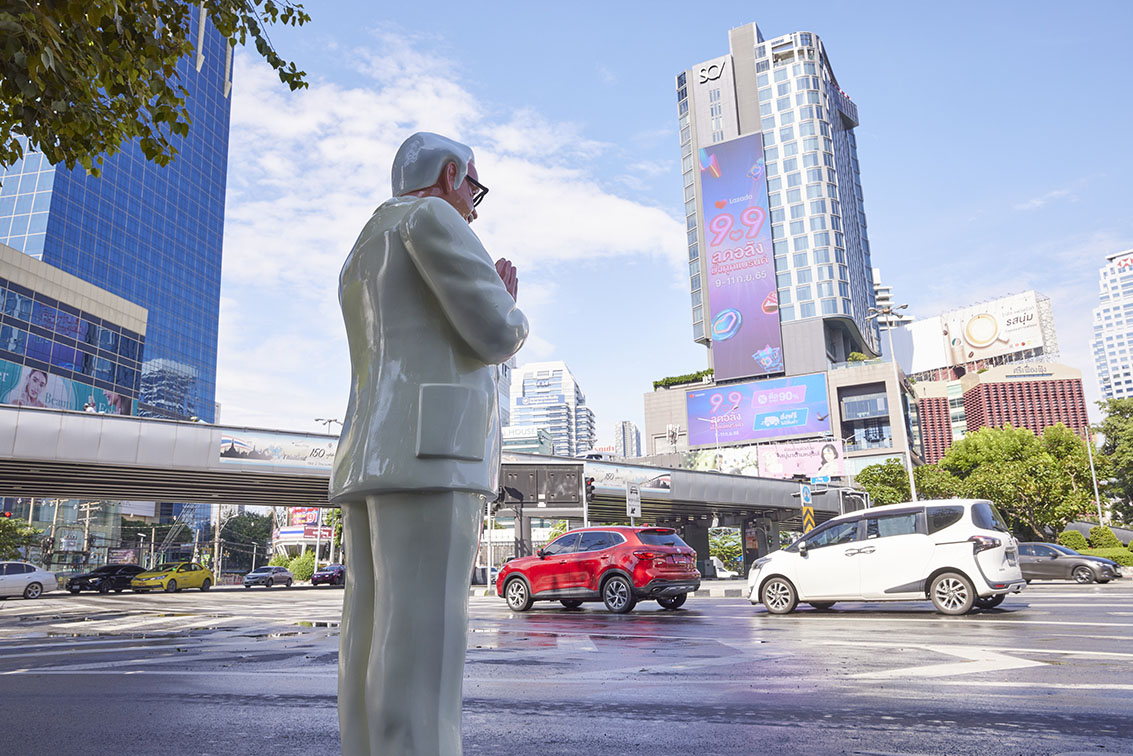 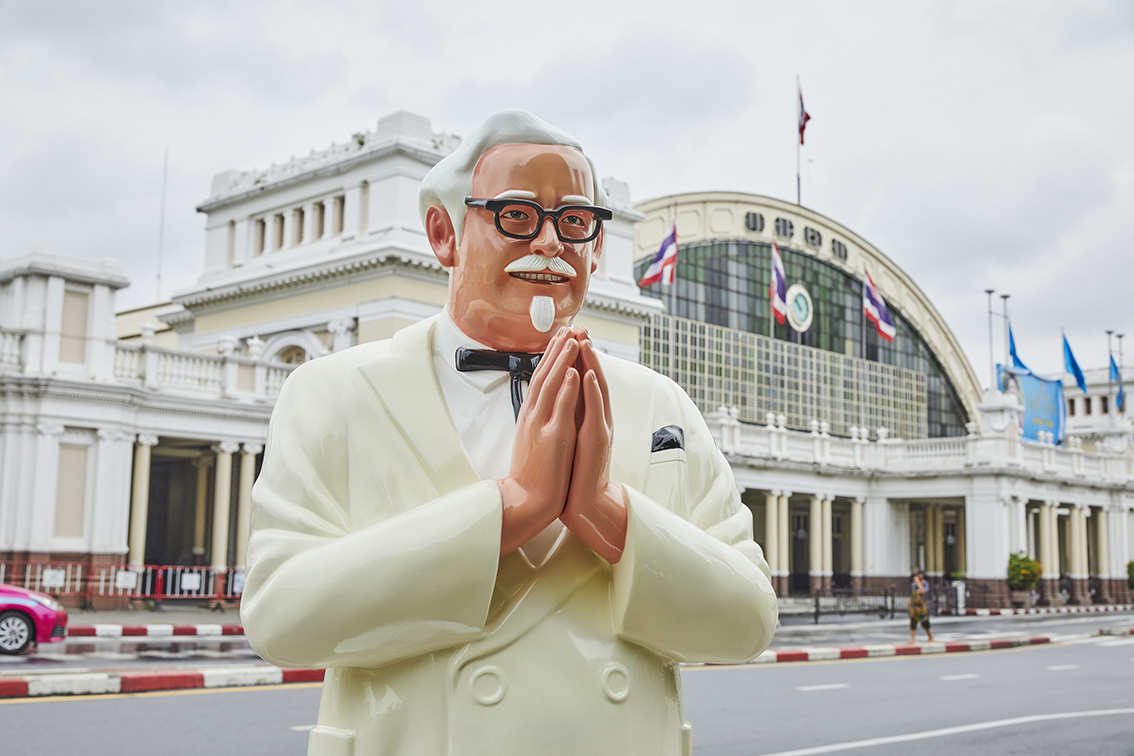