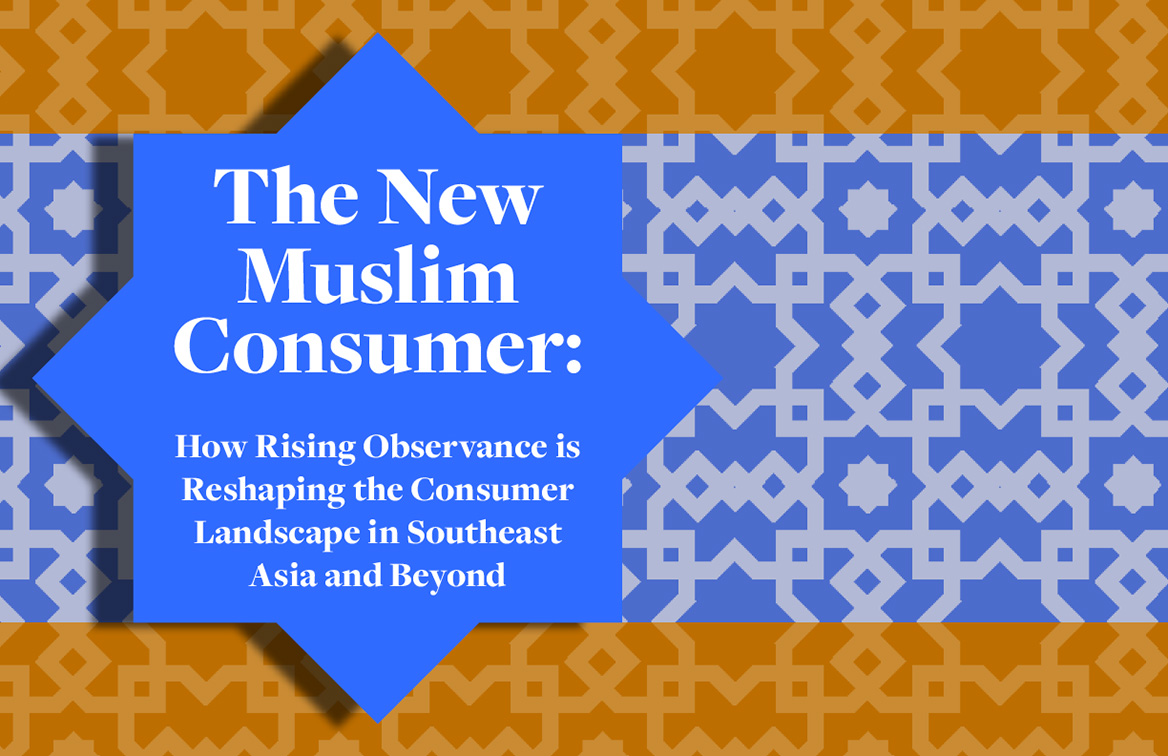 Across Southeast Asia today, generations of Muslims are living vastly different lives than their parents did, shaped by two potent forces: a resurgence of faith and the spread of Western-style consumerism.

Wunderman Thompson Intelligence, in collaboration with VMLY&R Malaysia’s Muslim Intel Lab, launched an in-depth research report into the identity and lives of the 250 million Muslims who live in Southeast Asia, as well as an exploration of the consumer change in a single generation. It highlights a change where Muslim-influenced consumerism has gone from being mostly about food—primarily avoiding pork and alcohol—to include fashion, banks, travel, and education, as well as personal spending, investment, or donations.

The New Muslim Consumer report explores the traits of the next wave of Muslim consumerism, why they’re important for brands to consider, and also pitfalls to avoid. This includes case studies across modest fashion, Sharia fintech, Muslim dating apps, Halal travel and women’s rights, as well as findings from a survey of 1,000 consumers in Indonesia and Malaysia, conducted in May 2022 by SONAR™.

“Muslim consumers are increasingly overlaying their religious beliefs on purchase decisions, and how they do so is constantly evolving. New technologies bring new questions – for example, is the metaverse halal?” says Chen May Yee, APAC Director for Wunderman Thompson Intelligence. “Our report explores all this and also notes that not everything needs a halal stamp. In fact, consumers recognize tokenism when they see it.”

Safa Arshadullah, Writer and Researcher at Wunderman Thompson Intelligence APAC, says: “Southeast Asia is more than just a Muslim market—it’s a testing ground for the newest global trends. What happens here inspires Muslims around the world to consistently intertwine faith and function in innovative ways.”

Gender roles and responsibilities: While most households continue to be male-led, Muslim women are continuing to advocate for more equality inside and outside the home.
– Females are breadwinners in a significant minority of households with 42% saying they provide the most financial support in their household
– 71% of men say they decide on large purchases while women have more sway over daily purchases and holiday destinations

Halal consumer: Muslim consumers will increasingly look for a halal lifestyle.
– Halal is the most important factor when buying any product. 91% of respondents say halal is very important, ahead of good value for money (68%), being high quality (61%), and being good for the planet (48%)
– When buying food, halal is more important (91% say very important) than cost (51%), and even taste (67%)
Banking: For more abstract services like banking, halal or sharia-compliant is also important but it’s not the most important thing.
– 61% of respondents say whether it’s an Islamic banking or investment product is very important
– 68% say responsiveness and reputation of the financial institution is very important, 65% say ease of use for app or mobile website, and 57% say a good interest rate or return on investment

Travel: Muslim travelers want to expand their perspectives by visiting places outside of the regular religious and heritage spots; at the same time, they want easy access to halal food and to be reassured they won’t experience discrimination.
– 77% of respondents say it factors a lot whether they can eat halal food, ahead even of cost (73%)
– 63% say a major factor is how friendly the government and locals are towards Muslims
– 66% travel for faith reasons such as to perform the haj and the umrah (mini haj); 63% to spend time with family

Technology: Muslims are adopting technology to further their halal lifestyle, including using mobile apps.
– 42% of women and 39% of men shop online at least once a week
– Payment apps are popular. GoPay, Ovo and ShopeePay are the most popular in Indonesia while ShopeePay, Touch ‘n Go and MAE (Maybank) are top in Malaysia
– Less so dating and health-tracking apps – only 6% use dating apps and 19% use health-tracking apps

Representation: Muslims give advertisers a middling grade on inclusion. Most think that advertising does an okay job depicting Muslims, but there is room for more varied and nuanced depictions of the community. And a significant minority would like to see more LGBTQ+ representation.
– 36% think advertising reflects Muslims very well; 51% think it does so somewhat well. 14% don’t think it reflects Muslims very well or at all well
– 87% would like to see brands feature more people from ethnic minorities and people with disabilities; with a significant minority urging for more visibility for the LGBTQ+ community