Watch Talented and Swiggy’s 18 minute long finale to their Why is this a Swiggy Ad? campaign 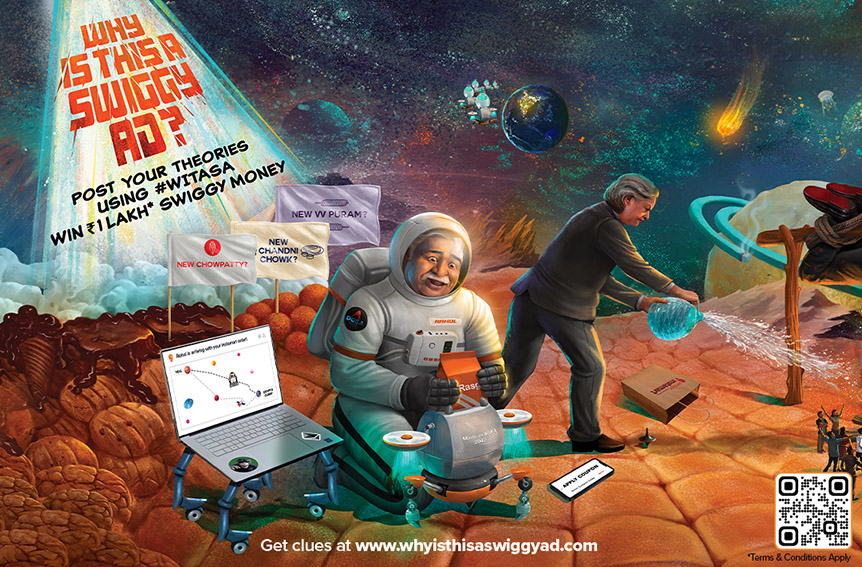 Swiggy recently launched their ‘Why Is This A Swiggy Ad?’ campaign via Talented India, through OOH, front-page print ads across top metros and on social media. A single picture that made the internet speak a thousand words.

A brainchild of Talented, “WITASA”, has evidently since then, seen nearly 800,000 people participating through their own theories, livestream debates and online discussions, all wondering why this actually was a Swiggy ad. WITASA is now Swiggy’s most successful UGC-first campaign so far, reminding us of what advertising is really about: getting attention. Attention that made “Why is this a Swiggy Ad” one of India’s top searched questions this week on Google – one even Google couldn’t ignore talking about! And the campaign itself, one of the most unskippable ones of the year.

Over the course of 8 days, people on the internet (and off it) racked their brains to come up with the most interesting theories. From long twitter threads, 3-scroll linkedin posts to mind-boggling videos, and at one point – hundreds of thousands of people on a livestream discussing the ad. The more discerning participants even discovered that they could unlock the full ad through a cryptic password. But are any of their theories correct?

Swiggy just dropped a video to announce ten winning theories, and in true spirit of the campaign’s absurdity, the video is possibly the strangest thing you’ll see on the internet today. In what’s a genius use of a brand icon, Gulab Jamun uncle – who we’ve seen thus far on the WITASA illustration, comes to life… in what’s likely to be his weirdest role yet. An 18 minute long video where uncle announces winners at sporadic intervals, so users have to watch the whole video to figure out if their theory won. There are 10 winners in all who will take home Rs. 1 lakh Swiggy money. Who made the cut? Find out below: 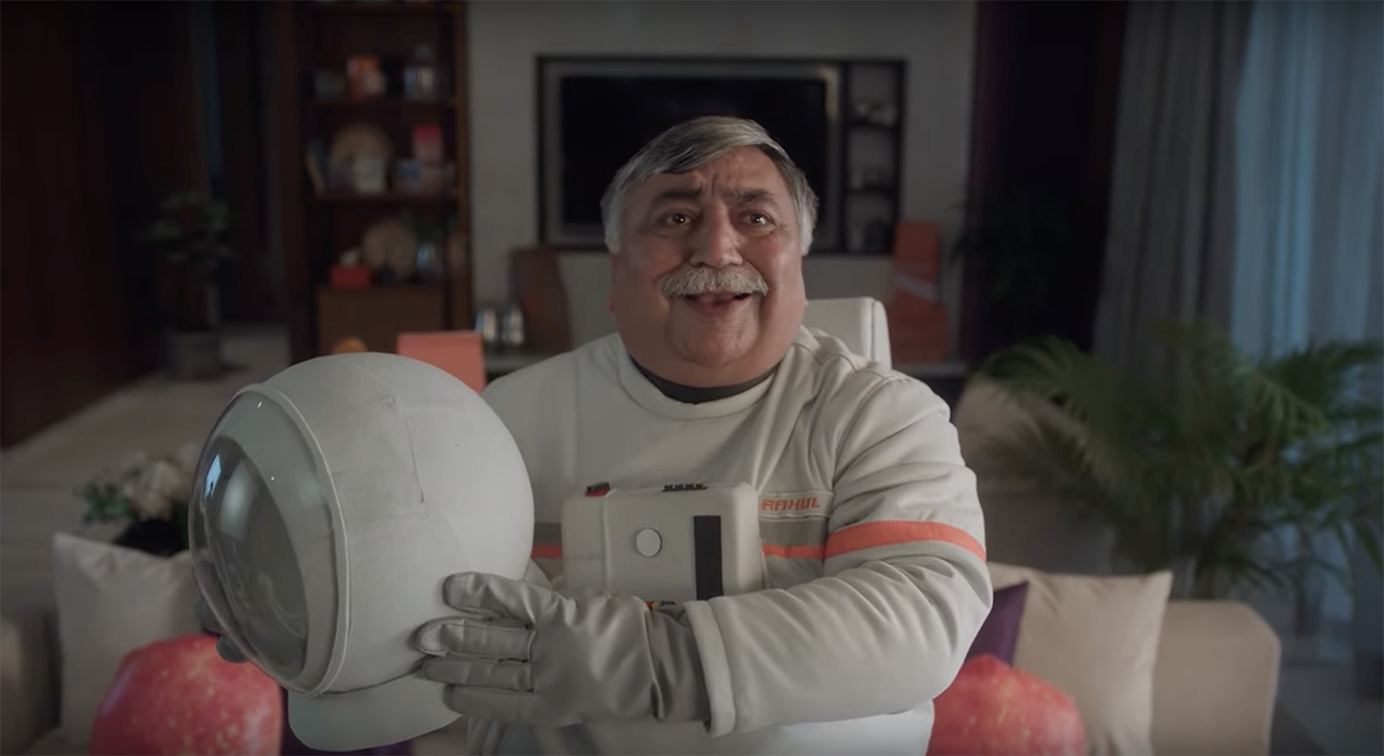 Gulab Jamun uncle aka Naresh Gosain, said: “I’ve done so many Swiggy films. But this one honestly has been the weirdest. Even until the day of the shoot, I couldn’t understand why I was doing what I was doing. They also put me in a space suit. But I think they were happy with my performance, and that’s all that matters.”

Ashish Lingameni, Head – Brand, Product Marketing and Sustainability at Swiggy, said: “Among our many objectives with WITASA, the biggest was conversations, share of Voice and engagement. Which this campaign has fulfilled beyond expectations. There’s also science to this madness. Swiggy food delivery, Instamart and Genie are all top of mind through just one campaign and that’s what defines the success of this campaign.”

PG Aditiya, CCO and Co-founder, Talented, says: “No other brand could have done this campaign. It took a brand that had immense existing brand love, woven into our cities’ cultural fabric & with tons of personal memories for each user to qualify for something as absurd as this campaign. To us, WITASA is design-thinking & culture-marketing at its best. It also proved that Gen-Z has longer attention spans than we think. You, me, all of us – we all became Swiggy’s ad agency for a whole week. And while we’ve (kinda) answered the burning question… we won’t blame you for not being convinced. Maybe we’ll never know why it was a Swiggy ad. But as long as we keep thinking about it, we’re answering our own question.” 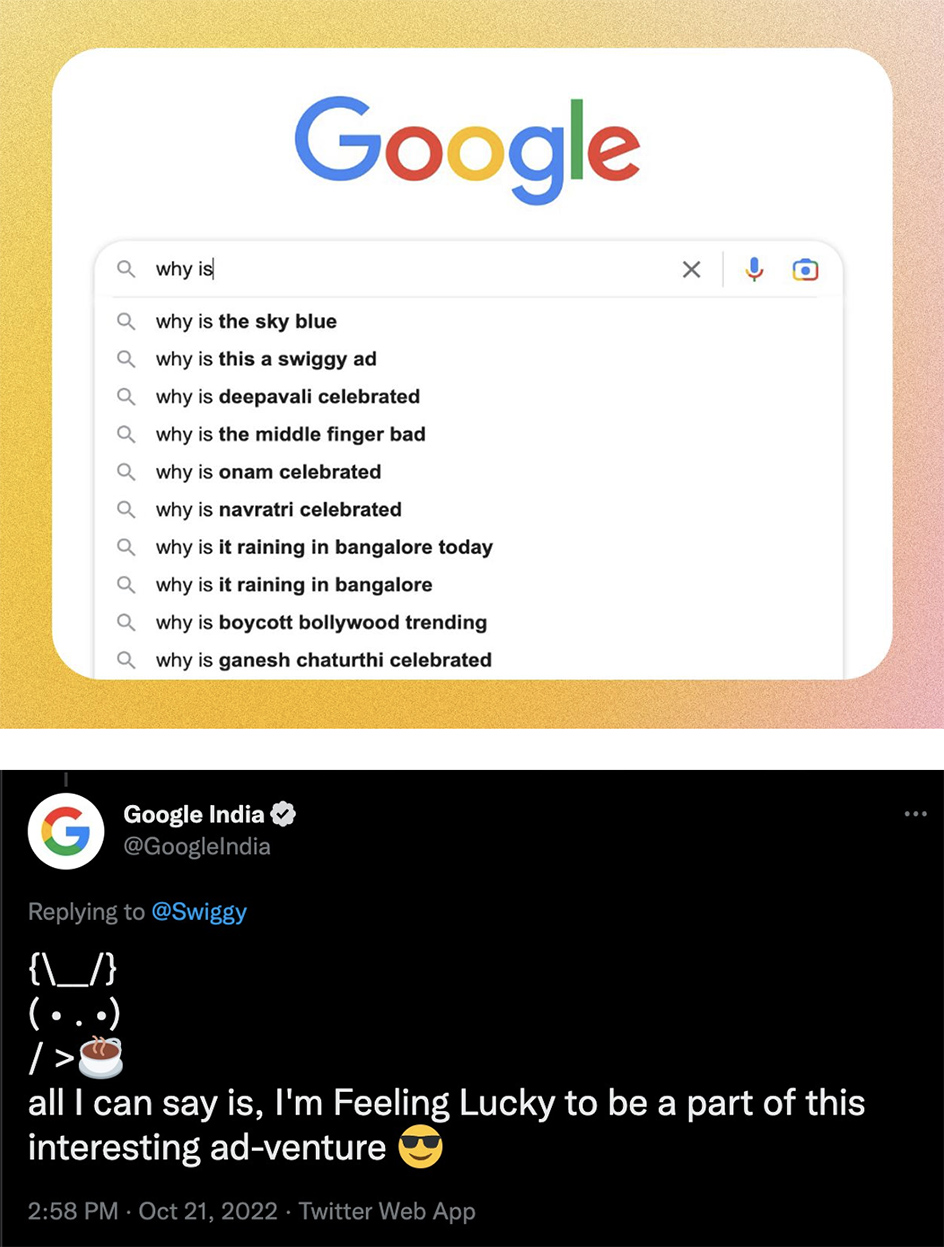