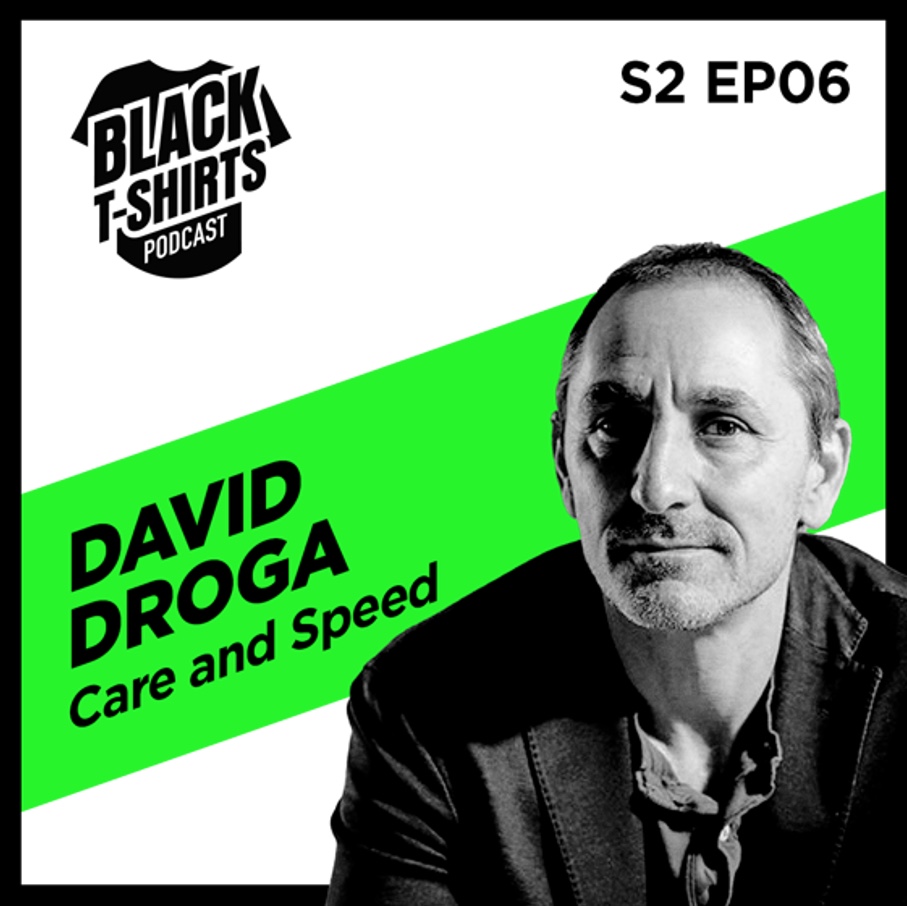 On the day David Droga sold his agency, Droga5, to consultancy Accenture Song he announced the news by telling the agency “We won”. Advertising legend David Droga joins co-hosts Adam Ferrier of Thinkerbell and CMO Brent Smart on the latest episode of Black T-Shirts to explain why.

Droga has had a bigger impact on commercialised creativity in business than arguably anyone else, ever. He’s been a leader of the industry whilst at Saatchi & Saatchi, then Droga5, and now at Accenture Song, where he is the global CEO. Droga talks through his relentless ambition, need for speed, and desire to win with his pursuit of care and genuine love for ideas and creativity.

Brent Smart said of the interview: “Its’ interesting how far hard work, relentless ambition and the need for speed will get you.  Combine that with amazing talent and care for what you’re doing and it appears you’ll be unstoppable.”

Droga has also won lots and lots of awards in his career including the top honour at Cannes Lions, the Lion of St. Mark.

Listen from the world here.