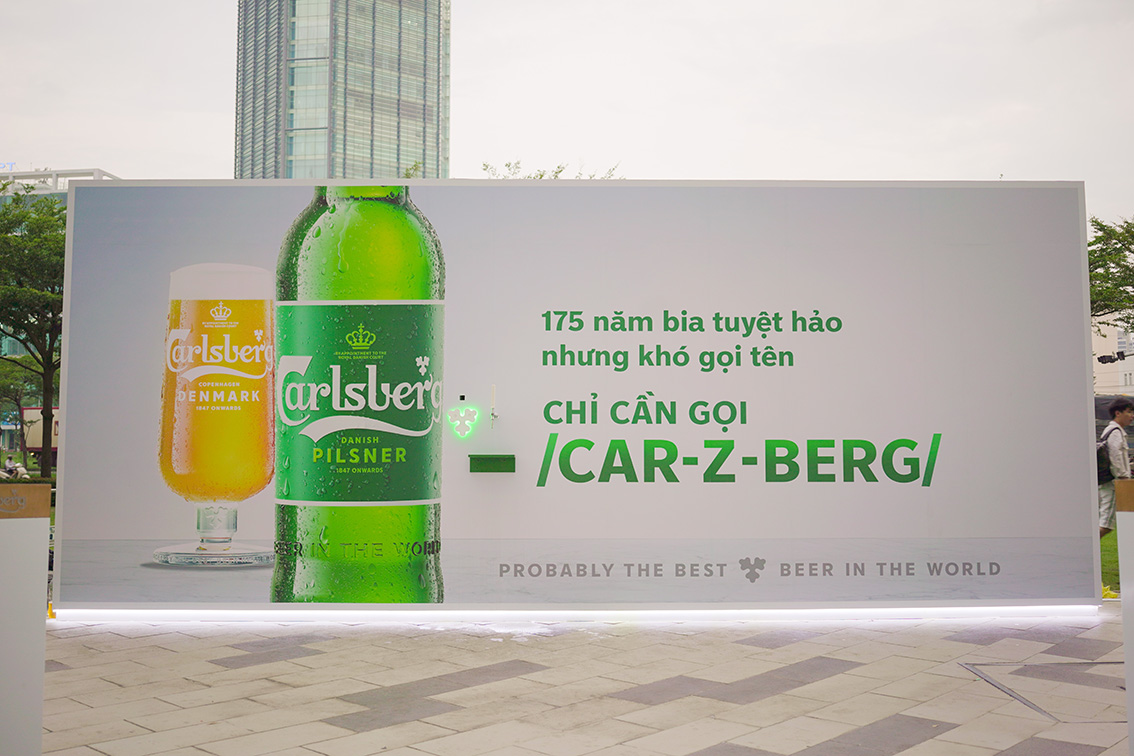 Happiness Saigon and Carlsberg have partnered to launched a new campaign for the beer in Vietnam. In Vietnamese, Carlsberg is notoriously difficult to pronounce, so they developed an AI that detects when the name is said correctly, rewarding the speaker with a free beer.

Carlsberg is one of the leading brewing companies in the world today. This year they are celebrating 175 years as ‘probably the best beer in the world’. But before doing that, the brand needs to properly reintroduce themselves to the Vietnam market. A market where their unique name is practically unknown.

Carlsberg took this challenge with Happiness Saigon and turned it into a campaign to build name recognition and give people the chance to sample their beer for the first time.

The campaign kicks off with an interactive billboard with phonetic spelling of the brand. This Carlsberg billboard is equipped with a voice activated tap – dispensing beer whenever someone is able to get the name correct. Made possible through a custom made AI in collaboration with BLISS Maker Studios. This AI, using voice inputs from hundreds of people pronouncing “Car-z-berg” was trained to distinguish the most accurate entries possible. The Carlsberg AI doesn’t just power the voice activated tap, it also powers the campaign website.

Free Carlsberg product trial for anyone who can pronounce “Carlsberg”

If you missed the interactive billboard, that’s okay – you can still take part in the challenge.

A social video of the on ground activation, billboards across the city of Ho Chi Minh, YouTube pre-roll, and Spotify ads all lead to the microsite https://carlsberg.com.vn/vn where anyone in Vietnam can attempt to nail the difficult name themselves and win some ice cold beer.

Hoàng Vũ Hải – Carlsberg Brand Manager, said: “Working on carlsberg for all these years, our team realized something…it is SO difficult to pronounce. So difficult in fact, we want to reward anyone who can pull it off with a complimentary beer. We think it’s a fun and smart way to increase brand recognition and product trial, especially for the launch of the new product in Vietnam.” 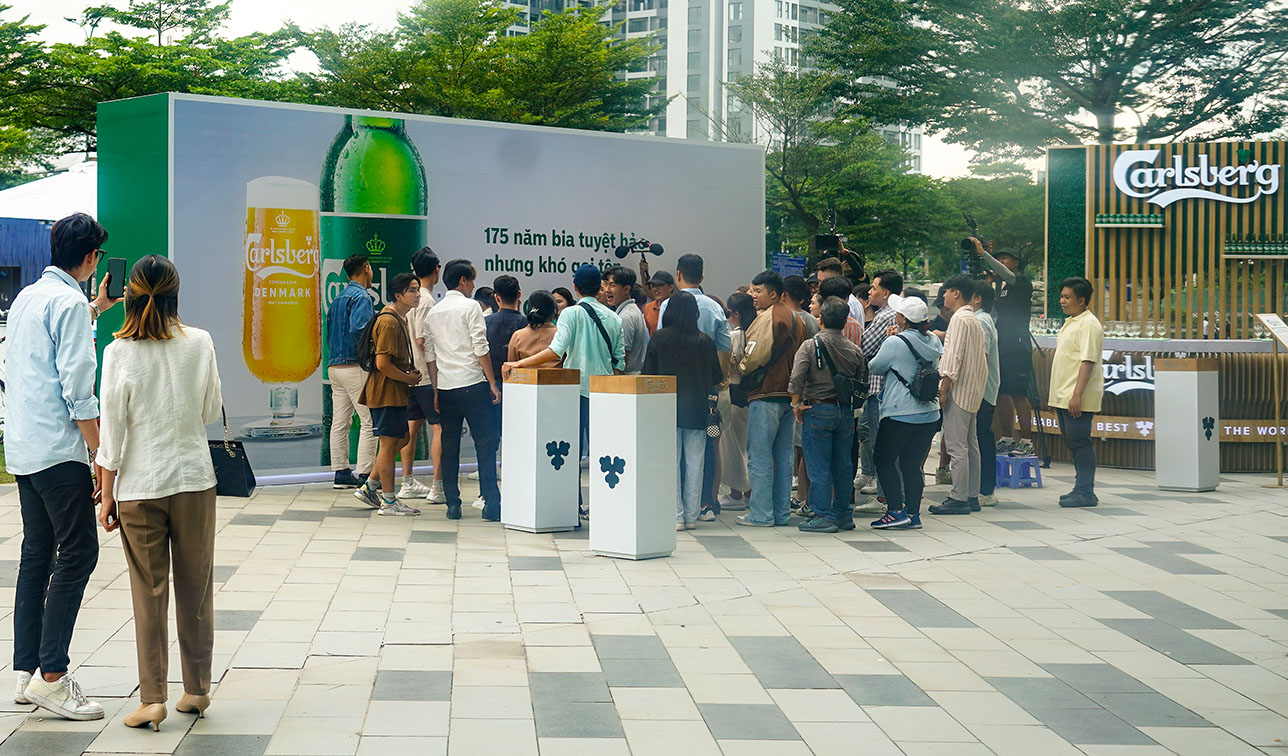 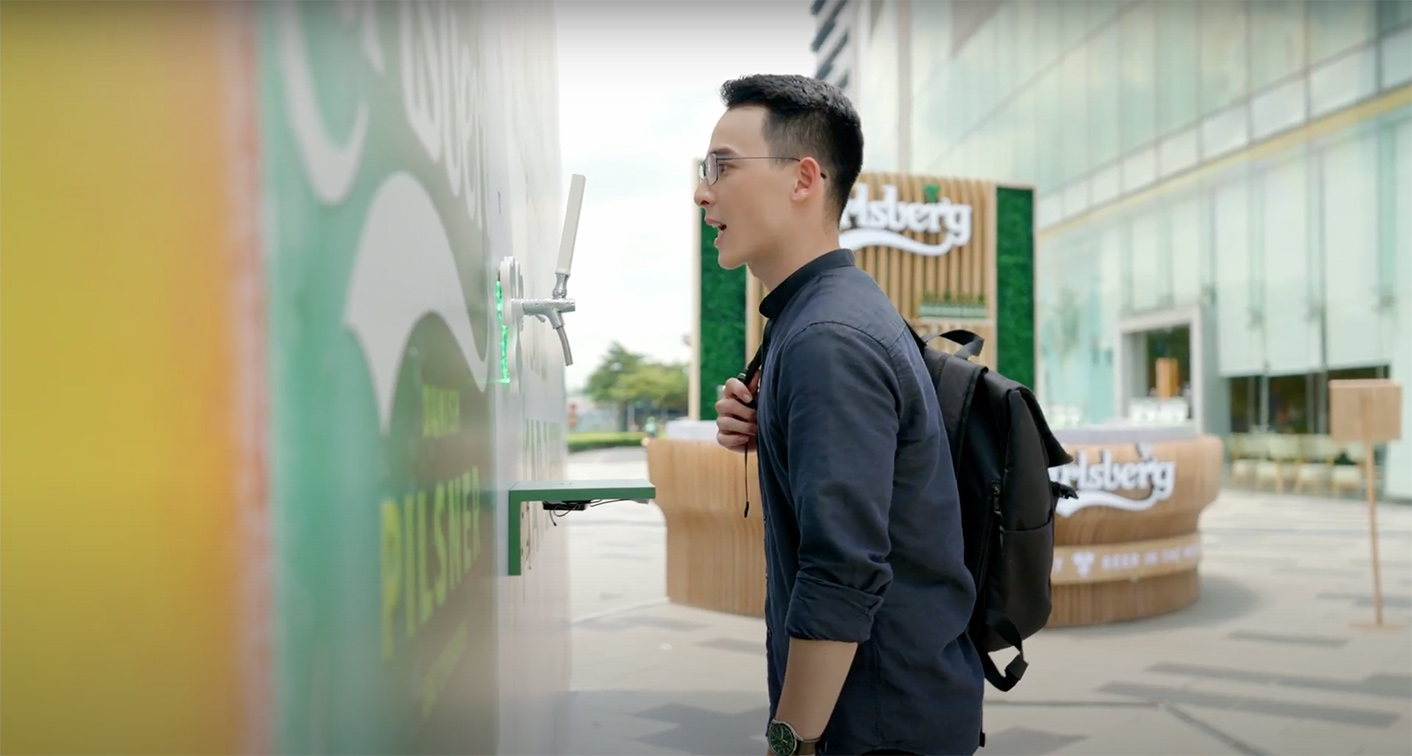 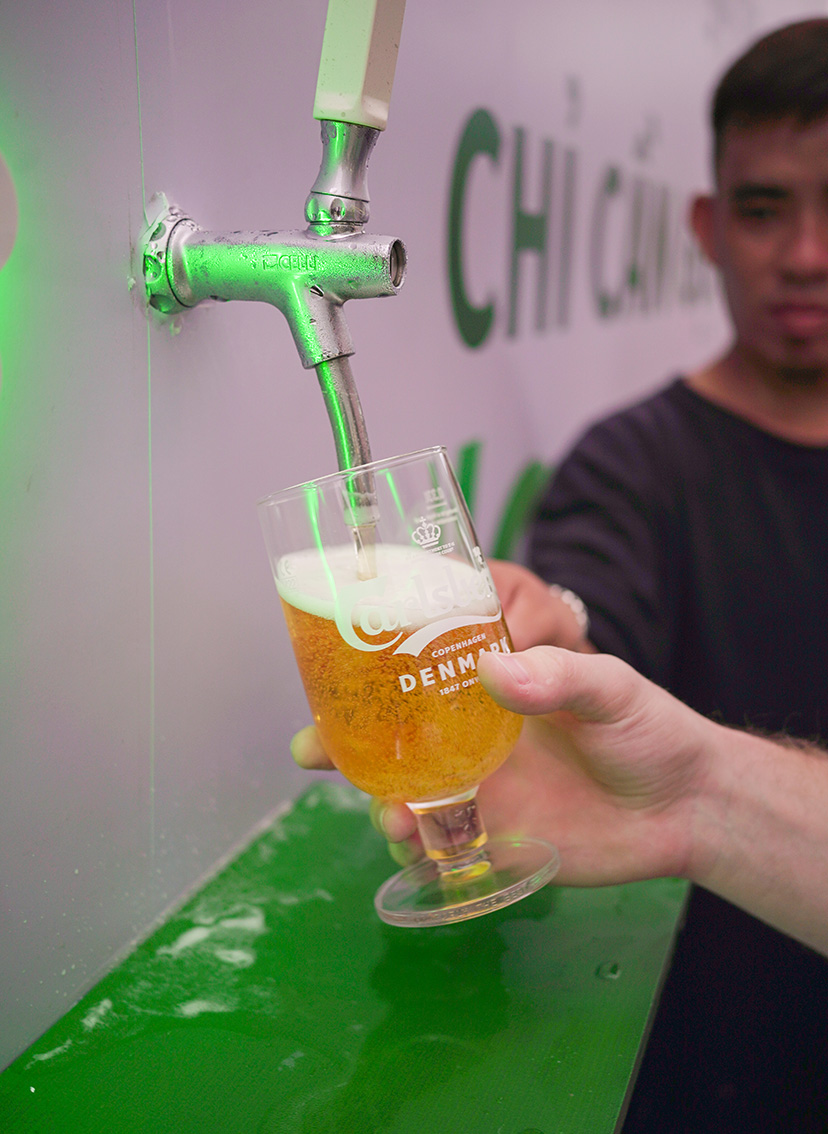 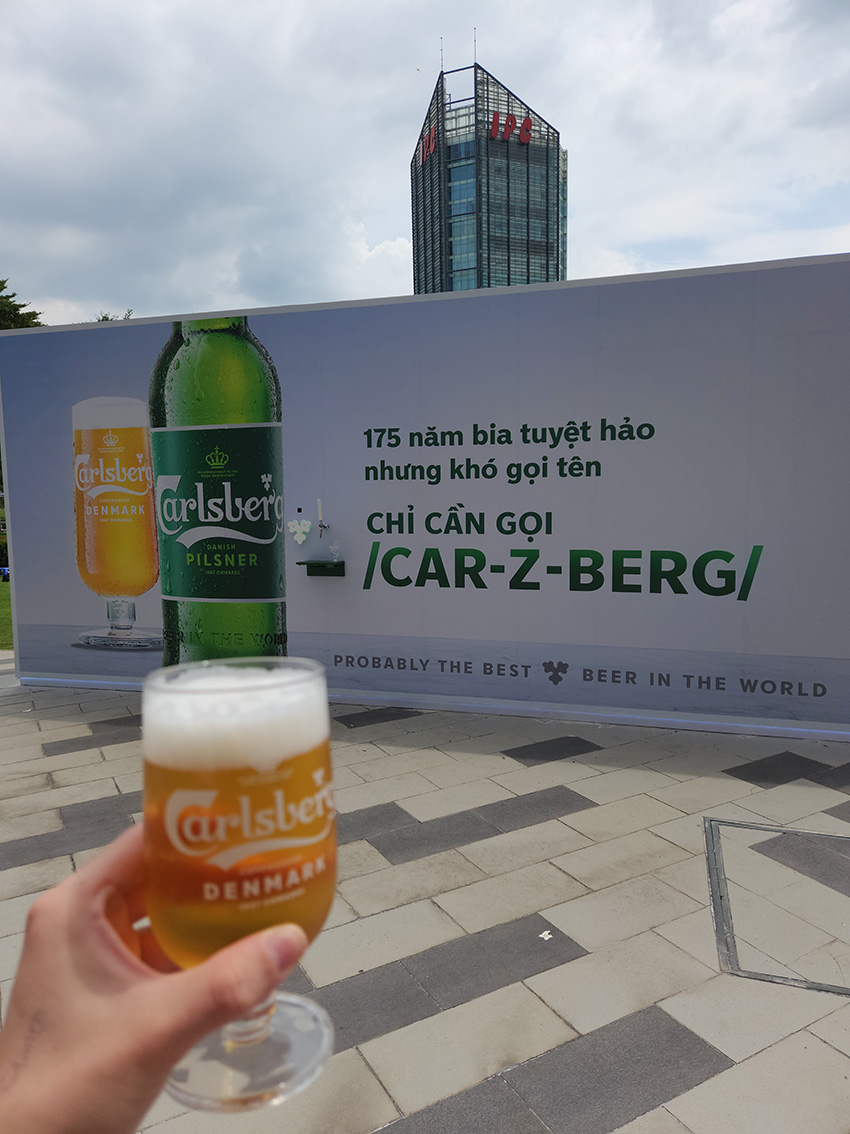