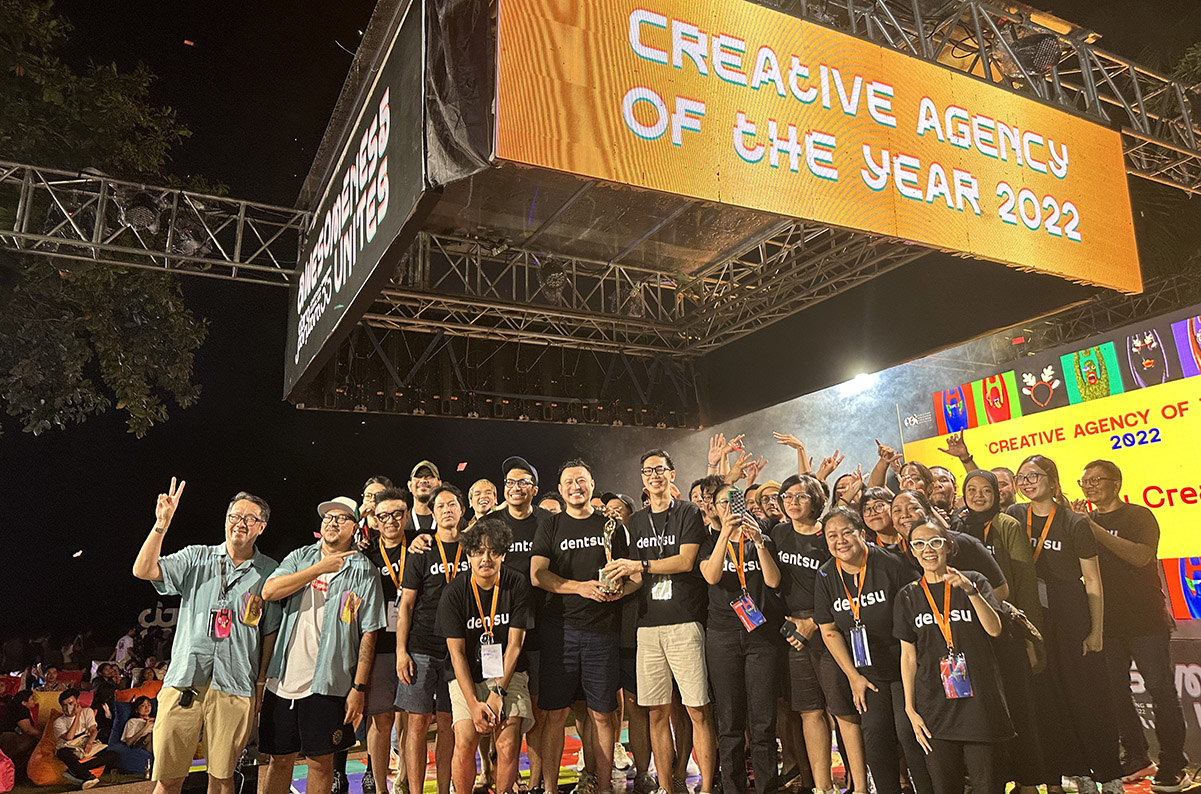 Dentsu Indonesia was crowned as Creative, Digital, and Media Agency of the Year at this year’s Citra Pariwara Advertising Festival 2022. The network won a total of 38 trophies, including 1 Grand Prix, 1 Gold, 10 Silver, 26 Bronze, spanning across 28 categories, and this is the third executive year for the network to win the title of Media Agency of the Year at Citra Pariwara.

This is the first time in the history of Citra Pariwara an agency network has won these three highest achievements in the same year.

Citra Pariwara attracted 2102 entries from agencies across Indonesia, the highest record of entries in the 35 year history. Citra Pariwara recognises and celebrates creative Indonesian talents and works annually presented by Persatuan Perusahaan Periklanan Indonesia (P3I) DKI Jaya. This year’s event took place in December in Bali, and applauded a body of work with the theme of “awesomeness unites” from the most creative companies across Indonesia.

During the course of the festival, 3 leaders from across dentsu acted as jurors to assess and champion the best work in the industry, with Yasuharu Sasaki, CCO of dentsu Inc. Tokyo acting as Jury President for Creative Agency category, Aloysia Dian, Media CEO of dentsu Indonesia acting as a Media Agency juror and Benny Napitupulu, Creative Director of DENTSU CREATIVE Indonesia acting as a Visual Craft juror.

This recognition also adds to dentsu Indonesia’s awards record with a total of 85 awards won in 2022, including Youtube Works’ Grand Prix, Marketing Excellence 18 awards haul, MMA Smarties Indonesia 16 awards won, Campaign SEA agency of the year, HR Asia Best Company to Work For in Indonesia, and many other prestigious awards.

Dentsu Indonesia Chief Executive Officer, Prakash Kamdar says: “Creativity will always sit at the heart of our businesses, not only in our Creative business, but also embedded in our Media and CXM businesses. For us, it is a horizontal unifier which unites more than 1000 people in Indonesia to help clients and communities thrive in the digital economy, and it is this unifier that has resulted in a very fruitful and fulfilling 2022 for us.”

Dentsu Creative Indonesia Chief Executive Officer, Wisnu Satya Putra says: “It’s our commitment to ensure every creative idea we deliver is future-proofed and designed for what’s next, and I would like to express my sincere gratitude to our clients and partners who have trusted us and worked alongside our people and our solid leadership team to produce the never-before campaigns and award-winning works. We are very humbled to win the most prestigious agency honors at Citra Pariwara 2022. ”

Dentsu Creative Indonesia Chief Creative Officer, Andreas says: “The three highest recognitions – Creative, Digital, and Media agency of the year really sets the bar high for dentsu Indonesia in delivering more and more awards-winning creative solutions, which indeed is exciting for us. Kudos to all the team who has worked relentlessly to make this happen – including our creative team led by the Executive Creative Directors (Rangga Immanuel, Edwin Sandjaja, Defri Dwipaputra) as well as the accounts, planners, and supporting team.”