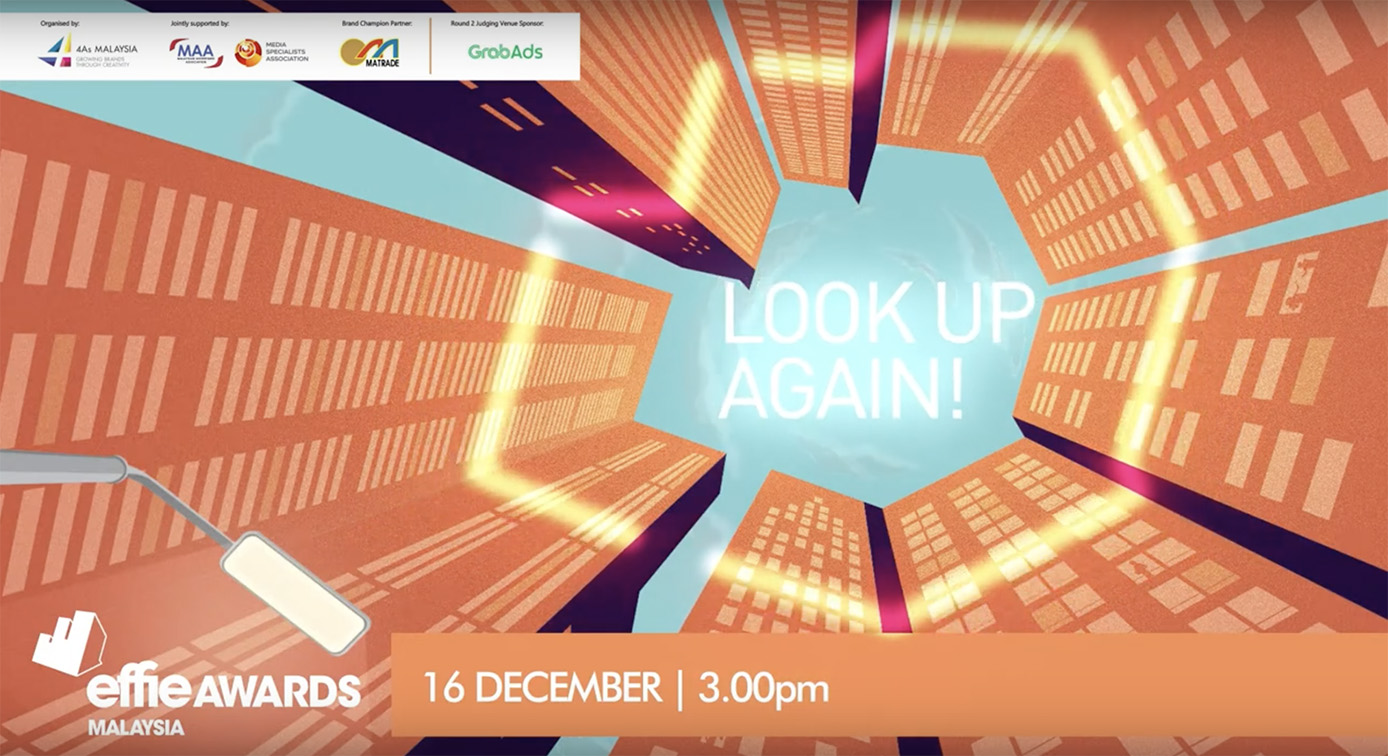 Showcasing campaigns that met and exceeded marketing objectives with a focus on effectiveness, the theme for this year’s Effie Awards was “Look Up Again”, with 2 Gold, 12 Silver, and 14 Bronze awarded from a shortlist of 63 campaigns.

Taking the top honour for the third consecutive year, Leo Burnett Malaysia was declared “Agency of the Year”. They received a Gold award for the campaign “Balas Budi Dengan 4G: Harnessing The Power Of Filial Piety”, and an additional two Silver and two Bronze awards for Maxis.

Grab was once again named “Brand of the Year”, repeating its achievement from 2021. They received two Silver awards for the campaigns “Grab Lejen: Gig Workers as Unlikely Superheroes” and “Millions of Firsts, Millions of Personalised Social Impact reports” and an additional five Bronze awards.

A Gold award was also presented to Fishermen Integrated for the “Nando’s Juiciest Secret” campaign for Nando’s Malaysia.

First launched in 1968 in New York, the Effie Awards are recognised internationally by agencies and advertisers as the communications industry’s pre-eminent award for marketing effectiveness.

The Awards were announced via YouTube on Friday December 16, 3.00pm.