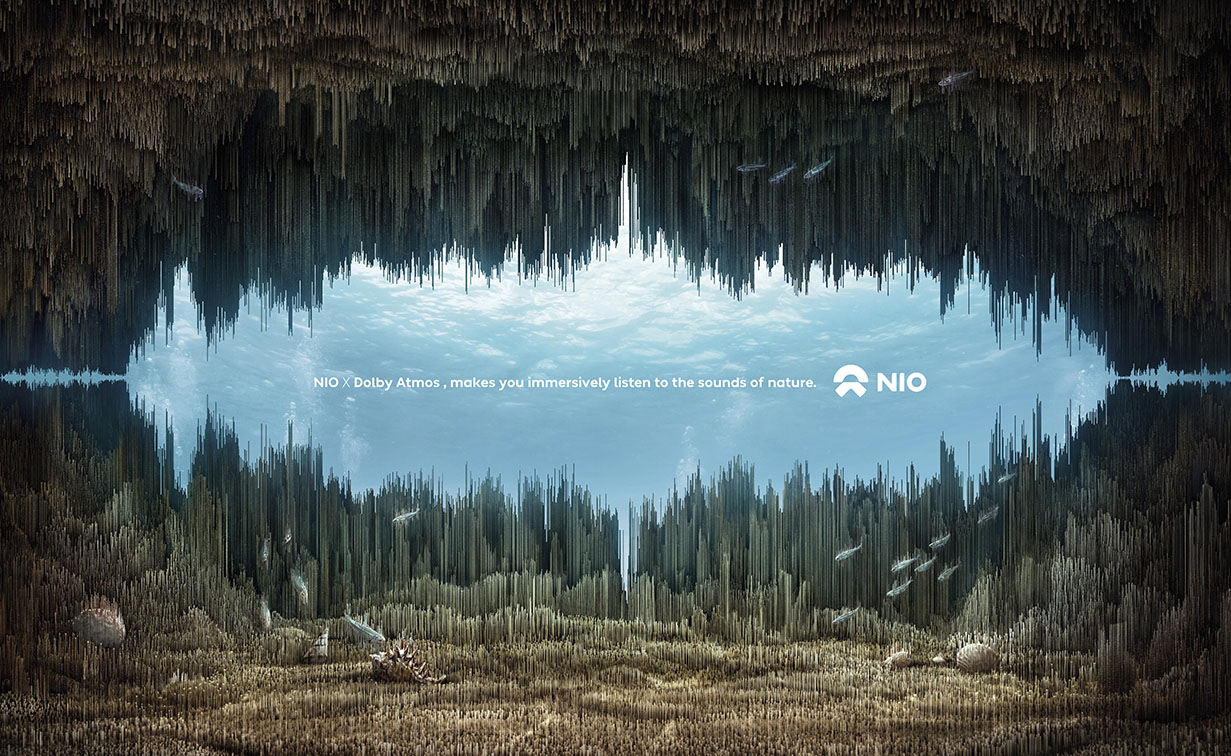 In order to give consumers the most intuitive visual to feel the 360 degree surround sound of Dolby Atoms and the green ecological concept of new energy vehicles. NIO, in alliance with Discovery’s professional recording team, visited Hainan Island, the only tropical rainforest island in China. And recorded the sounds of nature in Nanwan Monkey Island, Dongzhaigang Natural Reserve and Bawangling Natural Reserve.

Ad agency Heaven&Hell extracted the sound tracks from these sounds and designed three posters composed entirely of sound waves, using the unique local landscapes and endemic species as the basis for their visual composition. Every corner is a collection of sound waves, all covered by sound, as a metaphor for the 360-degree surround Dolby sound system, which makes you immersively listen to the sounds of nature.

Heaven&Hell has placed these three posters in NIO’s 4S stores and incorporated sound effect interactive technology. It allows consumers not only to see the sound waves, but also to hear them live, to hear the sounds of nature in the three reserves of Hainan, and to feel the green philosophy that NIO has been advocating. 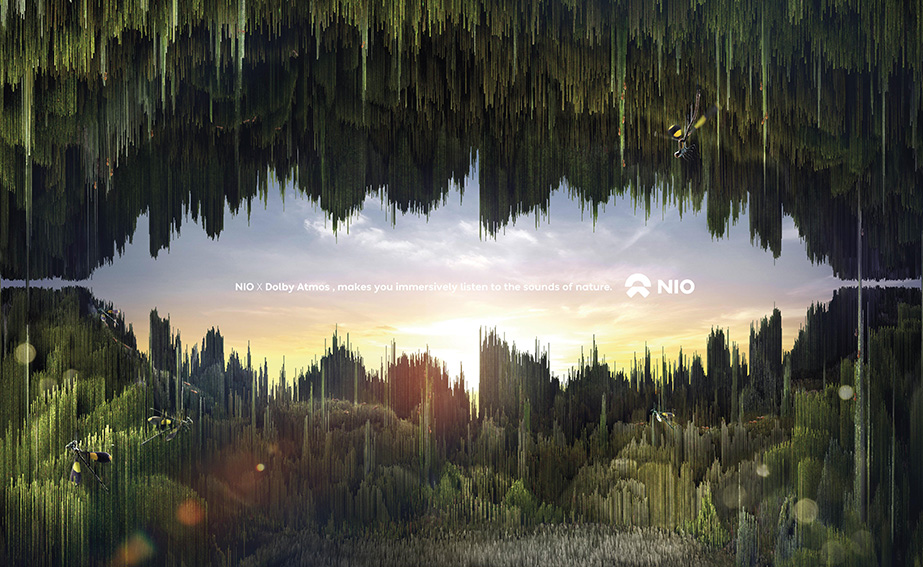 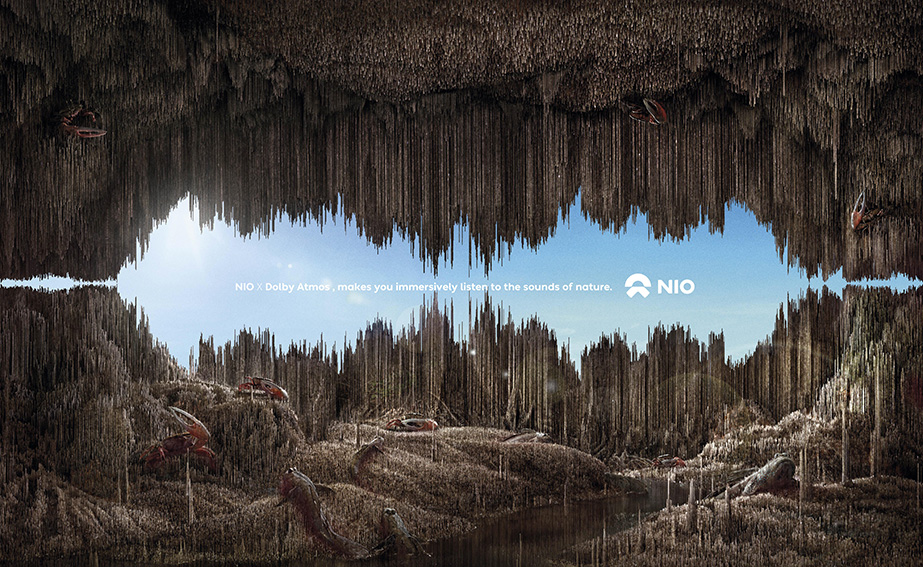