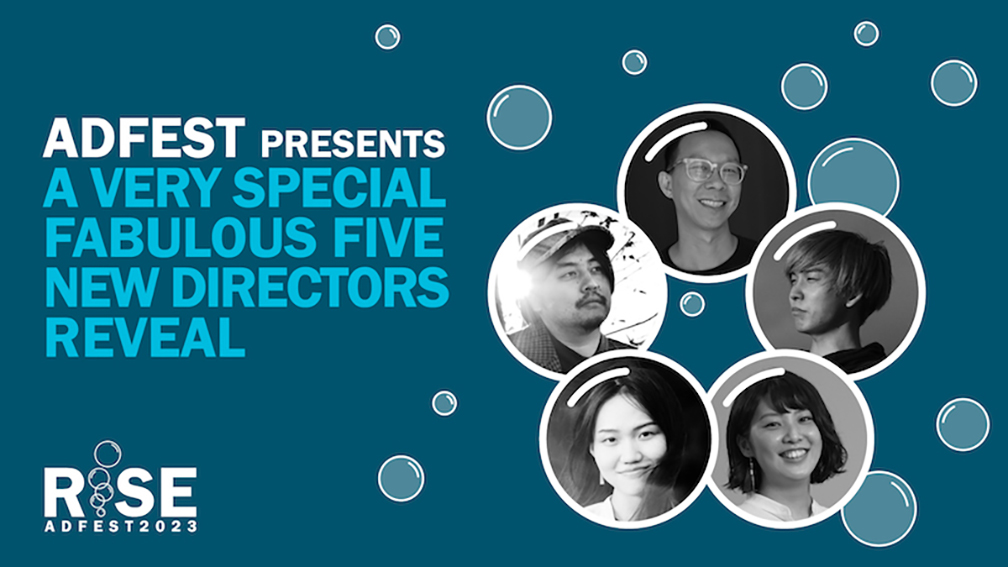 It has been a difficult wait for these new directors, who worked with such enthusiasm to get their work ready for an ADFEST debut that could not be. ADFEST is intensely proud of their patience and delighted to support their excitement to show what they can do in March.

“It’s not easy to make your name as a director, so the Fabulous Five is a much-needed mentoring program to support talented directors who are just embarking on their careers in filmmaking. It was wonderful to see such different perspectives on the theme, Fired Up!, I think the five scripts we’ve selected are all very promising, and I’m very curious to see the final films,” says Michael Ritchie, Jury President of Film Craft Lotus and New Director Lotus at ADFEST 2020.

“Ashes” by Apiwat Pattalarungkhan
Pattalarungkhan started his career as a graphic designer but found his true passion in advertising as an art director. Fast forward 15 years, he’s now applying his experience to a new challenge, TJT Creative Lab, a creative start-up he co-founded in Bangkok. TJT stands for Tang Jai Tham, which means “working wholeheartedly” – a name that reflects the philosophy of the company. While he is still a Creative Director, he has begun experimenting with scriptwriting and directing. In 2018 and 2019, he produced food documentary content for the China market and a commercial for TJT Creative Lab’s client, and had so much fun, he’d like to continue pursuing this new path as a director and scriptwriter.

Pattalarungkhan’s film, Ashes, is a story about the tragedy of love.

“Tempest” by Masashi Fukuda
Born in 1991, Fukuda started his ﬁlmmaking career in university and joined TAIYO KIKAKU in 2017. Now he mainly directs TV commercials and web movies. He is always trying to create videos/films with cinematic quality and strong storytelling and hopes that his works will move someone’s emotions.

Fukuda’s film, Tempest is about the powerful and inescapable force of anger.

“Last Message” by Ryo Matsumoto
Born in 1996 in Aichi prefecture, Japan, Matsumoto has always loved to draw. In middle school, he decided to move to Tokyo to pursue his dream of becoming a professional manga artist. But while studying Graphic Design at university, he discovered the world of advertising. After drawing his first storyboard, he realized that he enjoyed it even more than drawing manga. In 2019, after graduating from university, he joined the Direction Department of production company Dentsu Creative X Inc., where he is mainly involved in the production of TV commercials.

Matsumoto’s film, The Last Message, is a story about communication and legacy that bond you to those you love.

“Crossroad In Jianghu” by Shay Zhao
Zhao grew up in Shenzhen along with her Peking-style grandpa, the Chinese four arts were her daily homework. She is a storyteller who always goes to different places to explore new cultures and ways of life. After completing a master’s program at The Chinese University of Hong Kong, she started her career as a copywriter at WOWWOWTANK in Hong Kong. Thanks to the owner, Tan Khiang, Zhao got the opportunity to become involved in branding projects, advertising campaigns, scriptwriting as well as commercial film production. Since 2019, Zhao challenged herself to take the assistant director’s position. Her Fabulous Five film, ‘Crossroad in Jianghu’, will be her directorial debut.

“Escape Lockers” by Yuriko Minami
Born in 1990, Minami studied law at Kansai University but longed for the world of design, so she enrolled in school again to study graphic design and photography, later joining advertising production company TYO. In 2019, she started directing in the planning and production department. She likes to make films that are visually graphic and emotional.

Minami’s film, Escape Lockers, is about acceptance and the struggle to be free to be who you are.

Don’t miss the long awaited premiere of Short Films for ADFEST 2020 (at ADFEST2023) by the Fabulous Five on Friday 24 March at 11.50-13.00. Delegates will also get to vote for their favourite short film to determine the Popular Vote winner of the Fabulous Five. The ADFEST 2023 program is now also online with over 30 sessions lined up.