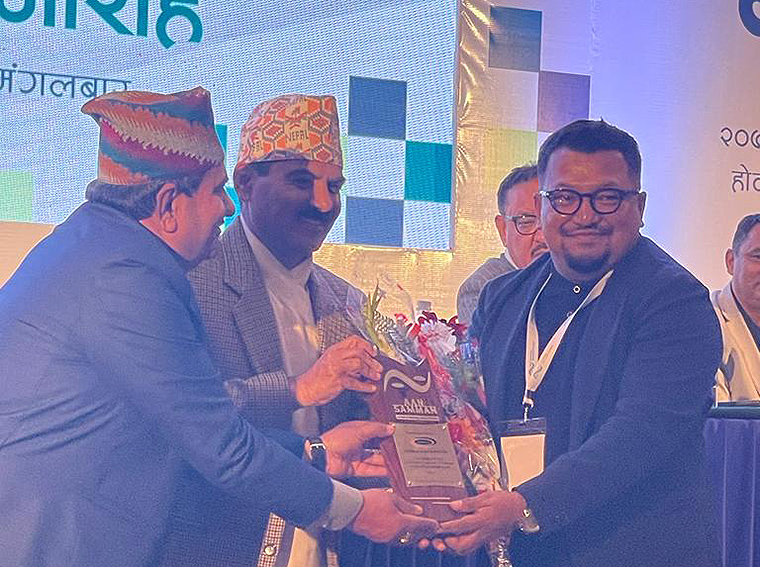 The 23rd Annual General Meeting (AGM) of the Advertising Association of Nepal (AAN) was held under the chairmanship of Mr. Som Prasad Dhital. Dr. Baikuntha Aryal, Secretary at the Ministry of Communication and Information Technology attended the program as the Chief Guest.

Outreach Nepal has also been felicitated for their continuous outstanding achievements to bring international recognitions to Nepali advertising. Ujaya Shakya, Founder Managing Director receives AAN Samman from the Chief Guest of the program and the President of the association. Receiving the greatest advertising industry honor in the large presence of representatives of government agencies, media, fellow agencies and key advertisers in the country.

Shakya says: “I would like to thank my team, my clients, our extended partners and all others who have been directly or indirectly involved on this journey to keep transforming marketing communication ecosystem in Nepal”. Wunderman Thompson, popularly known as Thompson Nepal, also received the felicitation during the occasion. The key advertisers in the country –Ministry of Health and Population, Ncell, Dabur, Coca-Cola, NIC Asia Bank Limited, Chaudhary Group and Shankar Group also receives felicitation on the same occasion.