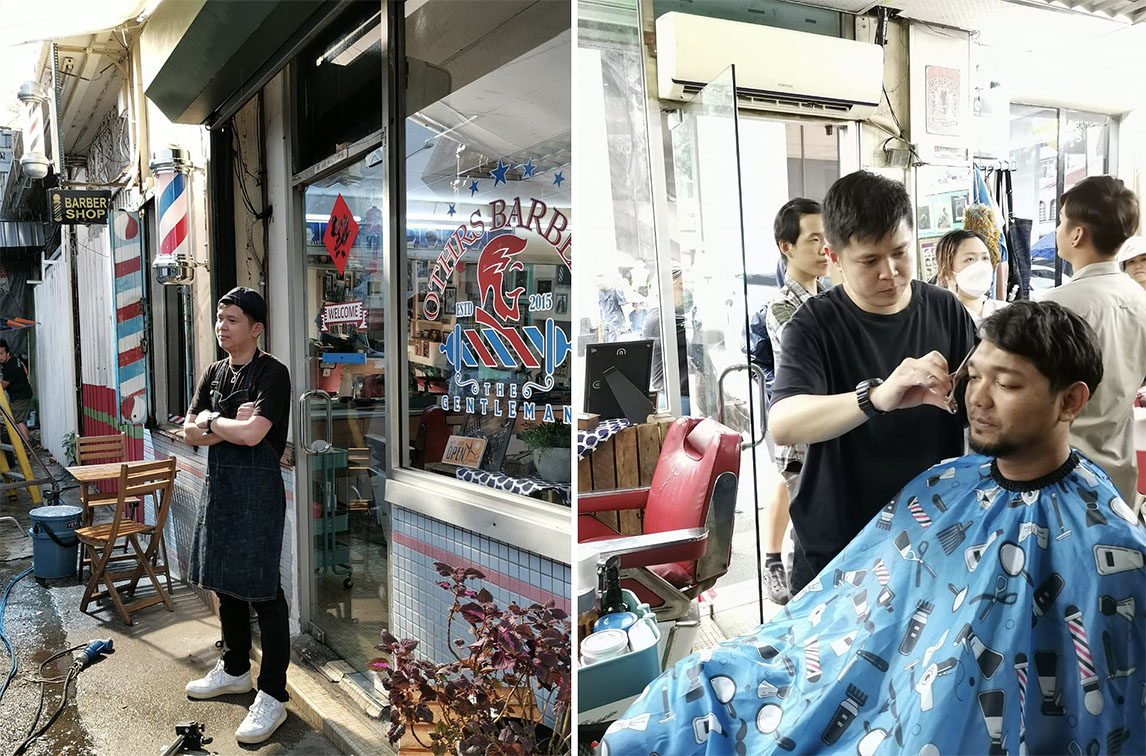 Titled ‘A Clean Start’, RHB Bank’s latest Chinese New Year film, which was conceived and created by FCB SHOUT, tells the true story of Lex Low, a hairstylist who founded Othrs. Barbers. Aside from being successful in his trade, Lex Low also dedicates his life to giving free haircuts to the homeless. But what really makes this social entrepreneur a cut above the rest is his willingness to do even more for the marginalised communities in Malaysia. He devotes much of his time to imparting his hairdressing skills to ex-convicts, ex-addicts and even the Orang Asli, so that they can have the opportunity to build a career for themselves and succeed against the odds.

The film offers the audience a glimpse of the motivations that drive Lex to do what he does, while spotlighting the incredible impact that he has made on the needy via a heartfelt story between Lex and a “customer” who struggled to get himself out of the bottom barrel of life.

Abdul Sani Abdul Murad, Chief Marketing Officer of RHB Group, said: “The cost of a mistake, no matter big or small, can always bring detrimental consequences. That’s the harsh reality of life. But as a Bank that believes in making progress happen for everyone, we, just like Lex Low, believe that the cost of a second chance is free, and it’s something that everyone deserves. When we open our hearts and show a little kindness by going the extra mile for the people around us, we can help steer them in the right direction once more and help them progress in their own life journey. This New Year, we hope that this film will inspire Malaysians to step up and help one another find their clean start.”

Meanwhile, Tjer, FCB SHOUT’s Head of Creative, said: “We were very conscious about not turning this film into a documentary of Lex’s life, but more of a homage to the tremendous, positive impact that his endeavours have made on the people who needed help the most. To achieve that, we had to craft a story that features not only Lex, but also a character who serves as a singular, symbolic representation of all the people whose lives have been touched and changed by Lex in a multitude of ways before. We also took a risk by telling the story in a non-linear format to make it resonate better with the audience emotionally, and thanks to our amazing production partners at D Moving Pictures and GT Records, the risk truly paid off.”

Ong Shi Ping, FCB SHOUT’s Co-Owner and Chief Creative Officer, said: “We knew right away that this story needed to be told because Lex’s work perfectly encapsulates RHB’s brand purpose of ‘Making Progress Happen For Everyone’. In a world where everyone is constantly trying to get ahead of one another, it’s important to remind ourselves that the world can only be better when we actually leave no one behind. Giving someone a second chance at life costs nothing, so what’s stopping us from doing so?”

‘A Clean Start’ was released on 1 January 2023 and has received tremendously positive reviews. It’s currently shown on all of RHB Bank’s social and digital channels in conjunction with the Chinese New Year festive celebration, which starts on 22 January 2023.