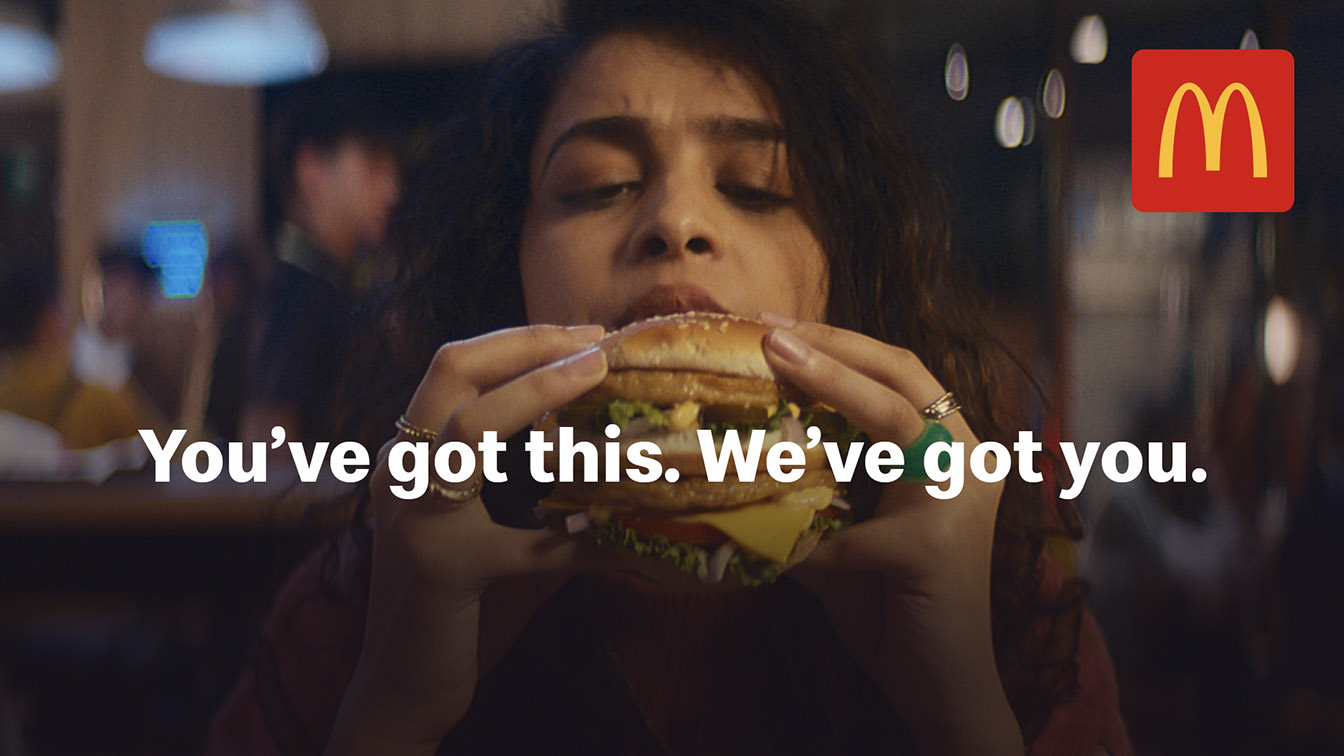 DDB Mudra Group India has created this new film for McDonald’s India, North and East, as part of the brands “We Get It” campaign, with the tagline “You’ve got this. We’ve got you”.

By becoming an ally of the youth of today, McDonald’s wants to remind its customers, that beyond the craziness of life, McDonald’s provides a constant feel-good experience through its food, service and restaurants. The campaign captures the minutiae of daily life in a way that is relatable, fun loving and empathetic.

The campaign includes three films, each capturing three distinct eureka moments experienced by McDonald’s fans while life throws unexpected curveballs. For instance, the annoyance of waiting for a ride after a busy day. A slice of life that hits a chord with most of us. The first film released in the last week of December and has received an overwhelming response, with 70+ Million cumulative views across platforms.

Rajeev Ranjan, Managing Director, McDonald’s India – North and East, said: “Our lives are becoming increasingly challenging with most of us living busy, always-on-the-go lives, juggling between multiple competing priorities. Quite often, things don’t go as we plan or expect. Our film “You’ve got this. We’ve got you” is a humble attempt to recognise and appreciate this reality of our customers and our bit in making these demanding, unpredictable micro moments delicious, feel good and easy for our customers in our own warm, welcoming and friendly way. We aspire to remain relevant and a constant in the thick and the thin of our customers lives.”

“Life isn’t perfect, it’s often a string of messy moments. And no one gets it better than McDonald’s. Where you can bring all of your life’s dramas and still be comfortable about it,” says Rahul Mathew, Chief Creative Officer, DDB Mudra Group.

The first commercial opens with a young customer at the front counter of a McDonald’s, who decides to grab a quick meal while waiting for her cab. While she places her order, she gets a cab cancellation notification, as a result, she decides to add more items. Suddenly another notification pops indicating a cab just 2 mins away. It is then she decides to cancel her order. But then again, another cab notification puts her off showing a longer arrival time. Laden with mixed feelings due to frequent tug-of-war in hailing a cab, she decides to order a large meal to keep up with the waiting time. To add to her woes, the cab driver calls conveying he needs to refuel, meaning even longer wait. Hearing this, the order taker senses her annoyance and asks in an empathetic tone whether she’d like to add an Oreo McFlurry, making her beam with joy, thus conveying the feeling and message – ‘We Get It’ subtly.