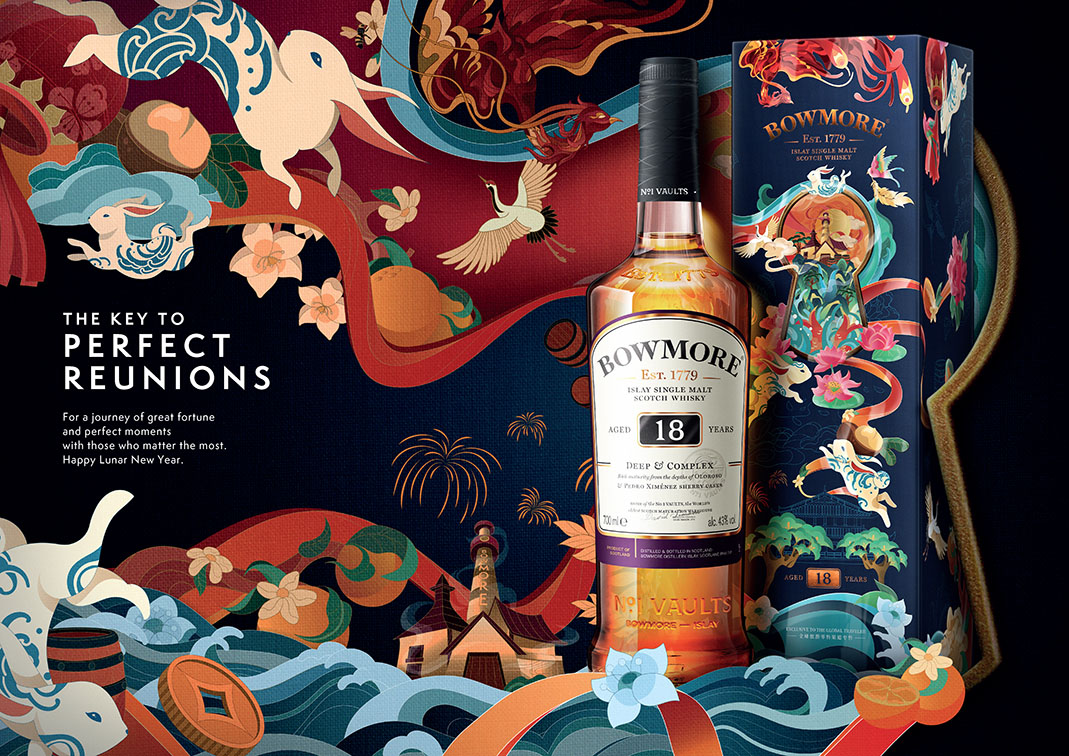 Leo Burnett Singapore and Beam Suntory invite you to follow the rabbit this Lunar New Year into the stunning world of Bowmore Islay Single Malt Scotch Whisky. The new, special edition packaging, concepted for the 2023 Lunar New Year, features a stunning illustration of the Bowmore distillery and history, while incorporating traditional Chinese elements.

“As a Scottish brand that’s lesser known in Asia, this packaging concept allows for the Asia region to gain familiarity of Bowmore with the Water Rabbit as a guide. We drew inspiration from Lewis Carroll’s Alice in Wonderland, where following the white rabbit leads you through a portal to discover an extraordinary, new world. In a similar manner, we’ve used the keyhole from the iconic Bowmore vault padlock as the gateway into the rich and mesmerising universe of Bowmore,” said Sharim Gubbels, Leo Burnett Singapore’s Executive Creative Director.

The illustration, created with Singaporean illustrator Erika Tay, incorporates elements that define Bowmore whisky such as the distillery sitting atop a swell of waves, the barley, casks, and peat smoke. The illustrations appear to burst out of the keyhole to symbolize the gateway into the history and legend that awaits within the Bowmore World. The design also features the dynamism and elegance of the Water Rabbit, this year’s Zodiac animal, with the style taking inspiration from traditional brushstrokes of Chinese paintings which focus on flow and fluidity. 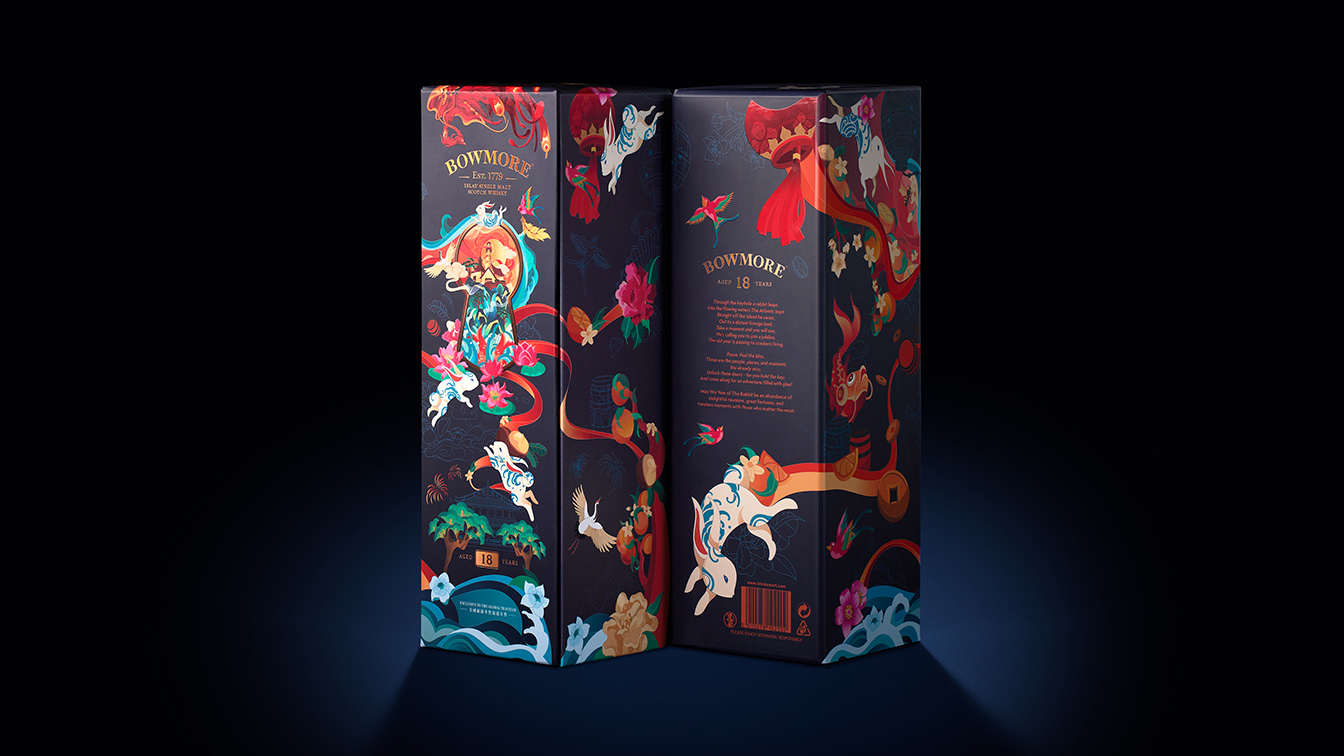 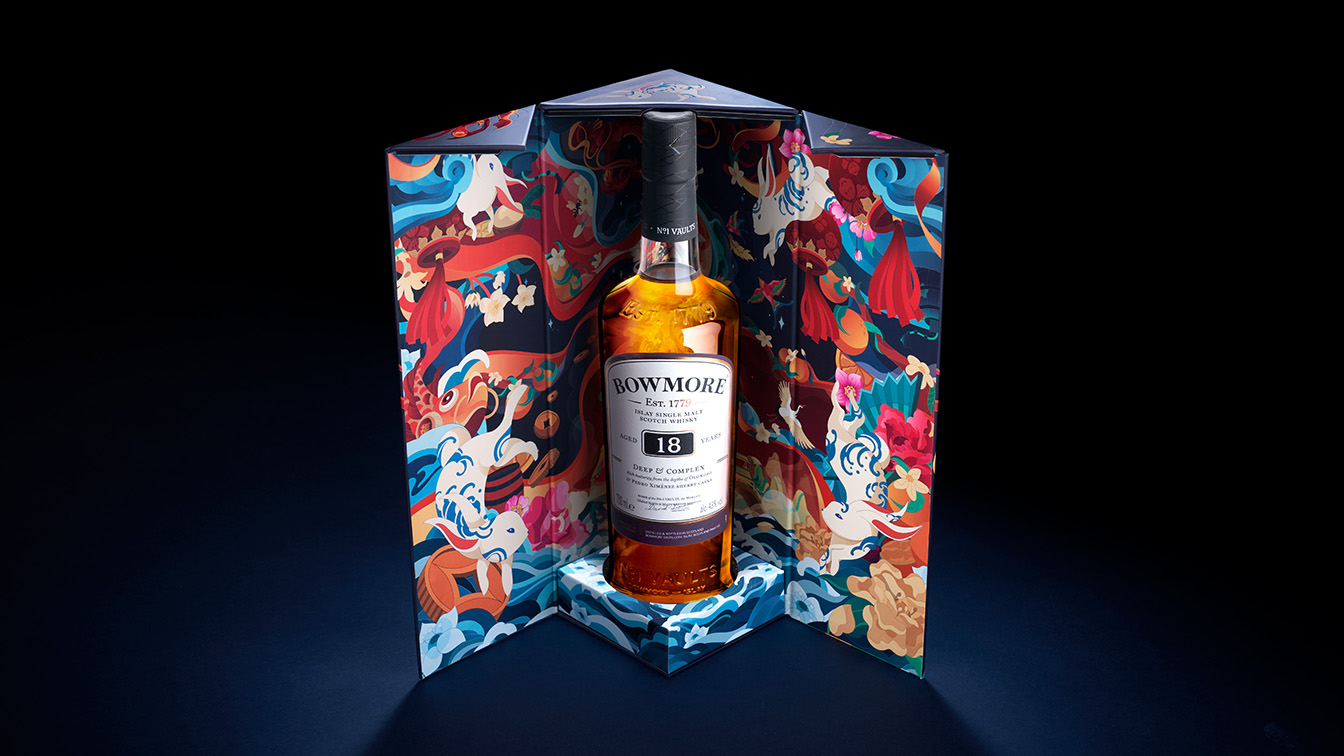 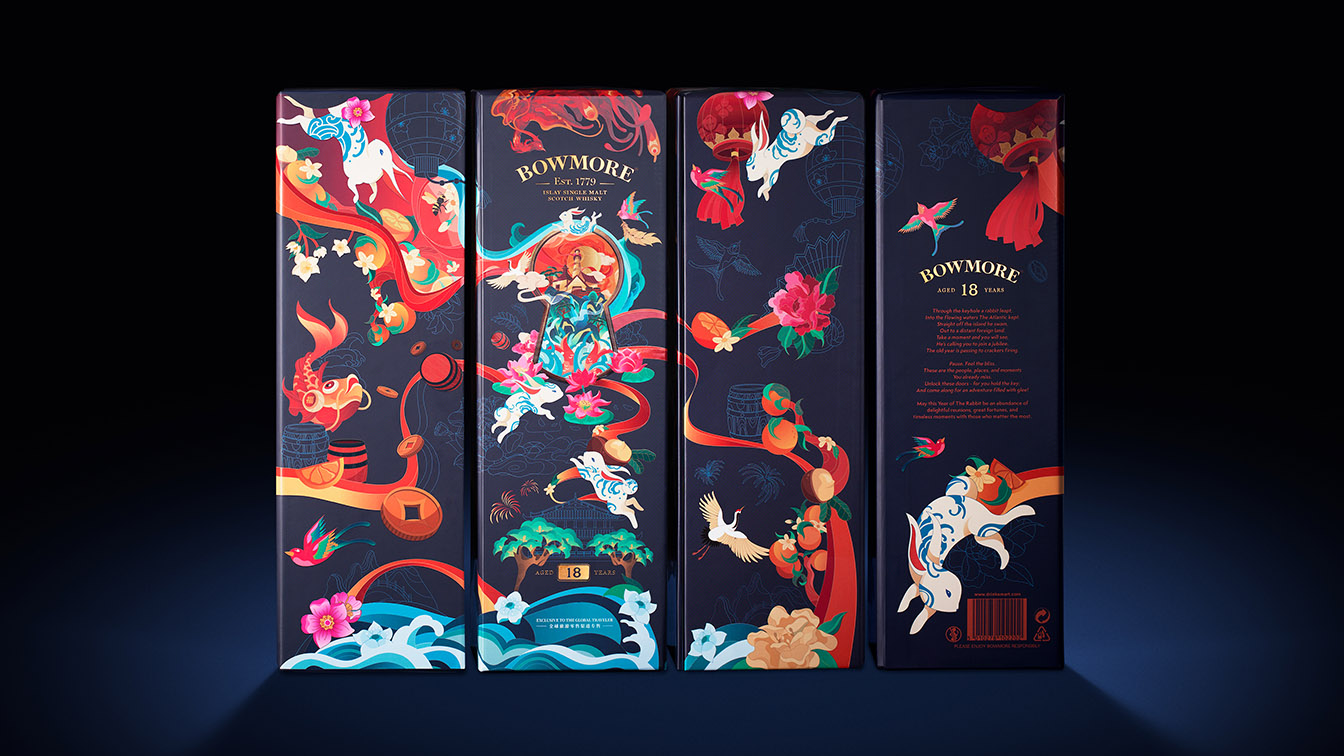 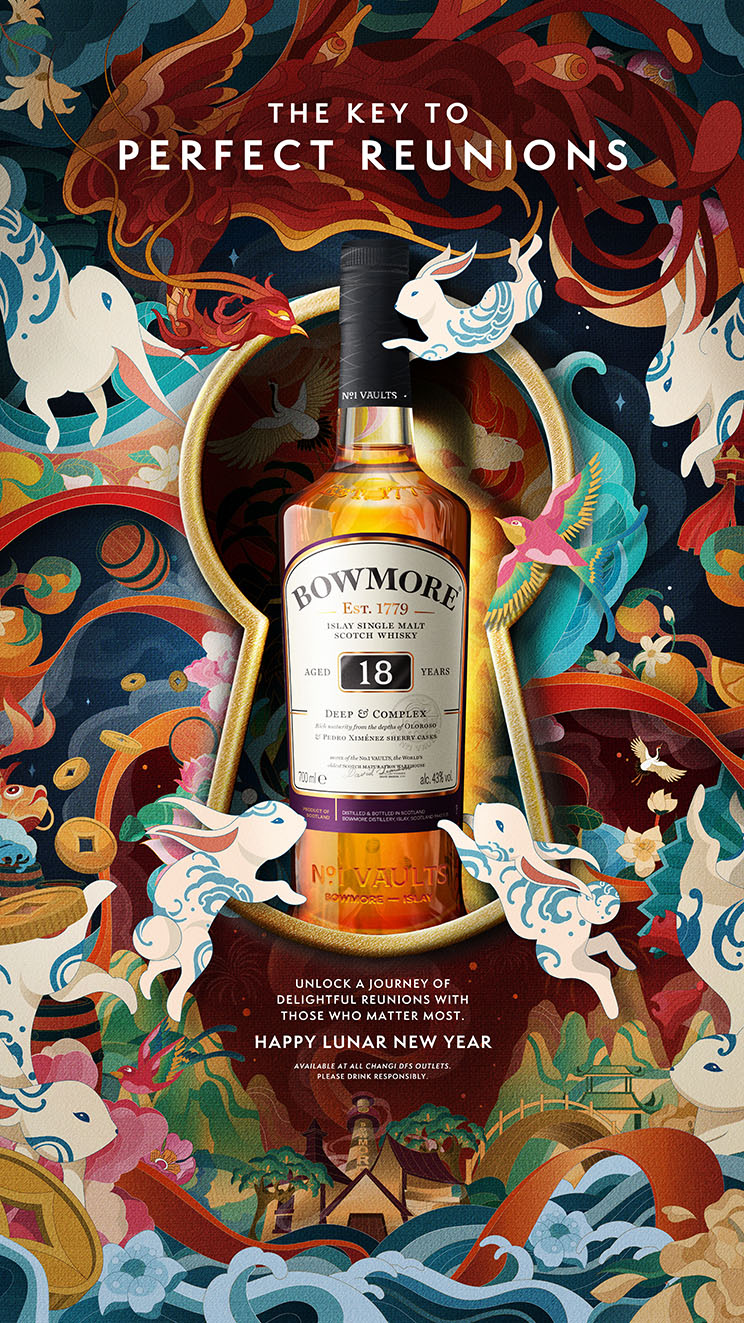