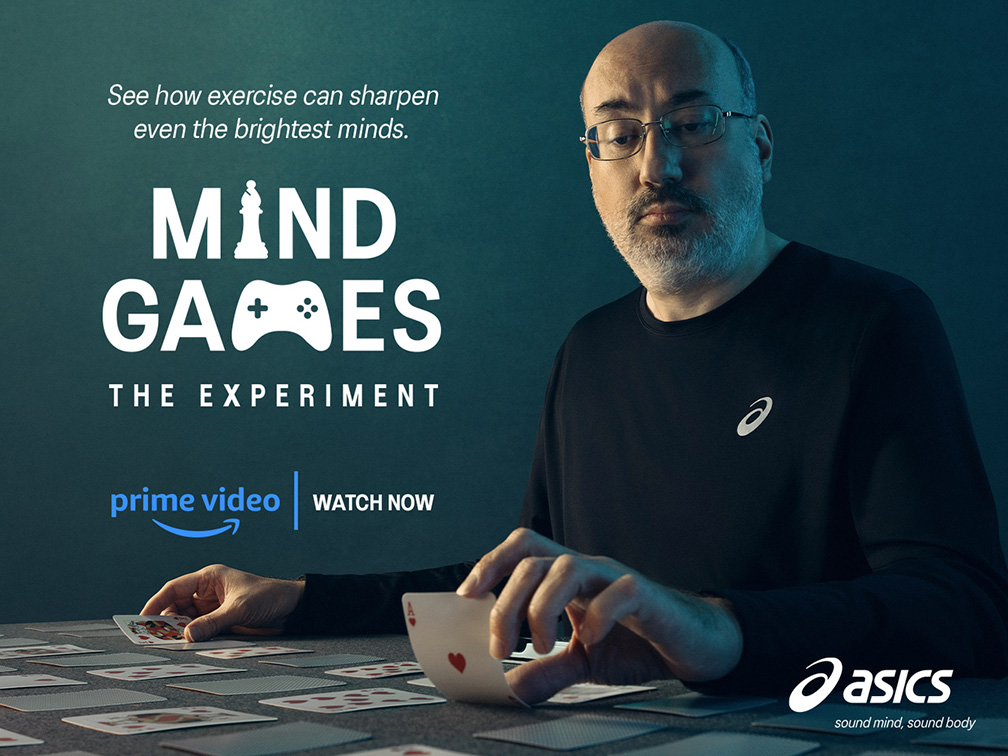 Could exercise be a simple solution to sharpen the mind and improve mental performance?​ That’s the question being asked by ASICS in a new global campaign, ‘Mind Games – The Experiment’ developed by Neil A Dawson & Company, London.

The campaign seeks to demonstrate ASICS’ ‘Sound Mind, Sound Body’ purpose in action and motivate more people to move by showing the power of exercise to sharpen even the brightest minds. The results of the ground-breaking experiment are captured in the ‘Mind Games – The Experiment’ documentary streaming globally on Prime Video from 19 January 2023.

Early in 2022, ASICS invited inactive mind gamers from around the world to start exercising. From chess to mahjong players, Esports players to memory experts, all participants relied on brainpower to compete in their chosen mind sports. However, all were largely inactive, exercising for less than 30 minutes a week. Could boosting their exercise levels boost their brainpower?

Over 16 weeks, each mind gamer followed an exercise programme designed by international coach, Andrew Kastor. The impact of the exercise programme on the participant’s mental performance was measured by Professor Brendon Stubbs, a renowned researcher in movement and the mind.

The results were staggering. Participants’ international gaming rankings improved by an incredible 75% and cognitive function was boosted on average by 10%. Group confidence levels increased by 44%, concentration improved by 33% and anxiety levels plummeted by 43%. The research shows exercise can be as effective at boosting brain function as learning a second language, daily reading, playing a new musical instrument or completing a puzzle every day.

Inspired by the experiment, a camera crew followed four competitive gamers as they took on regular exercise to improve their rankings on the international stage. The result is the ‘Mind Games – The Experiment’ documentary, narrated by Stephen Fry and streaming on Prime Video. 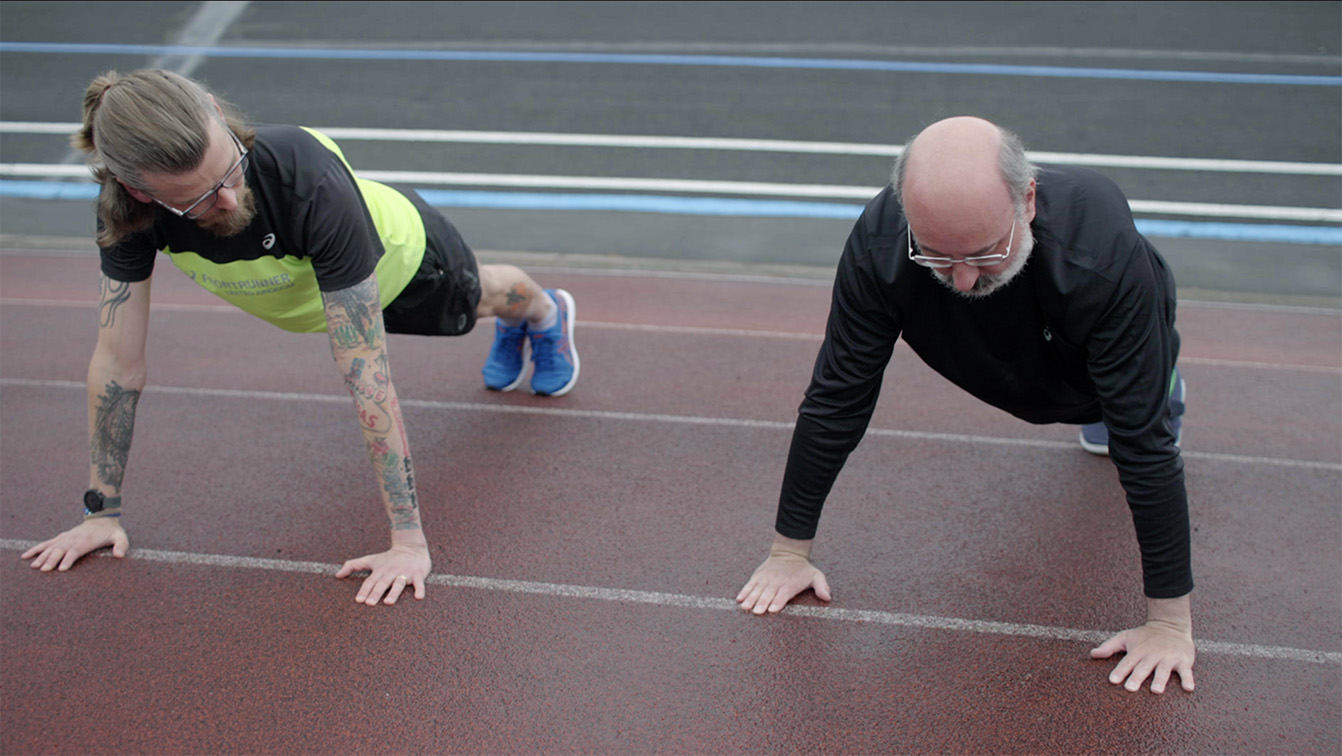 The ‘Mind Games – The Experiment’ concept was created by Neil A Dawson & Company. The experiment and earned campaign were led by Golin London. The documentary was produced by Beyond Productions. Media buying was handled by Le Pub. Campaign production was developed by Bangers and Nash.

Gary Raucher, Executive Vice President, ASICS EMEA, said: “Our founding purpose is literally in our name, Anima Sana In Corpore Sano or a Sound Mind, Sound Body. And our purpose has never been more relevant than right now. In our always-on, turbo-charged world, our brains are feeling the strain. But could exercise be the simple solution to give our minds a much-needed boost? We wanted to test that theory on the people that rely on their brainpower the most, namely competitive mind gamers. Through Mind Games -The Experiment, we want to inspire more people to move. Because if exercise can sharpen even the brightest minds, imagine what it can do for the rest of us.”

Neil Dawson, Creative Director of Neil A Dawson & Company, said: “As an advertising man I’m always looking for compelling brand stories to tell. It has been a real privilege to work on this one. ASICS’ founding philosophy completely sets it apart from all other sports brands. Our challenge was to come up with an idea that did their story justice. A unique idea the viewer had not seen before that would bring this brand story to life in a truthful and unexpected way. I believe Mind Games – The Experiment is such an idea.”

Ondine Whittington, Group MD of Golin & Virgo London, said: “Working with ASICS on Mind Games – The Experiment gave us the opportunity to develop an incredible global experiment that lay at the heart of the documentary. Using the power of the Golin consumer team working closely with Virgo Health’s consumer health specialists, we orchestrated this mind-blowing experiment with Professor Stubbs and 77 gamers across 20 markets, leading to an unequivocal demonstration of ASICS’ belief in the power of exercise to sharpen even the brightest of minds.”

Francesca Wallis, Business Unit Lead, Publicis Groupe NL, said: “Our challenge was to deliver a media strategy that ensures this compelling feature length documentary reaches and inspires more people to move. By partnering with Prime Video we have tapped into their passionate and engaged community to achieve that. Through our long-term relationship with ASICS, we look forward to continuing to communicate their founding purpose and it feels more relevant now than ever to bring Mind Games – The Experiment to the public through our integrated media plan.”

Hamo Forsyth, the documentary’s Creative Director, Beyond Productions, said: “Observing the unlikely meeting of two distinct worlds, mind gaming and physical training, has been fascinating. Over a period of 16 weeks, our four mind gamers invited us into communities, which many of us were unaware even existed. The passion and dedication these mind gamers bring to their respective crafts is impressive; so, to possibly unlock a greater level of performance, purely through physical exercise, could be, quite literally, game-changing.” 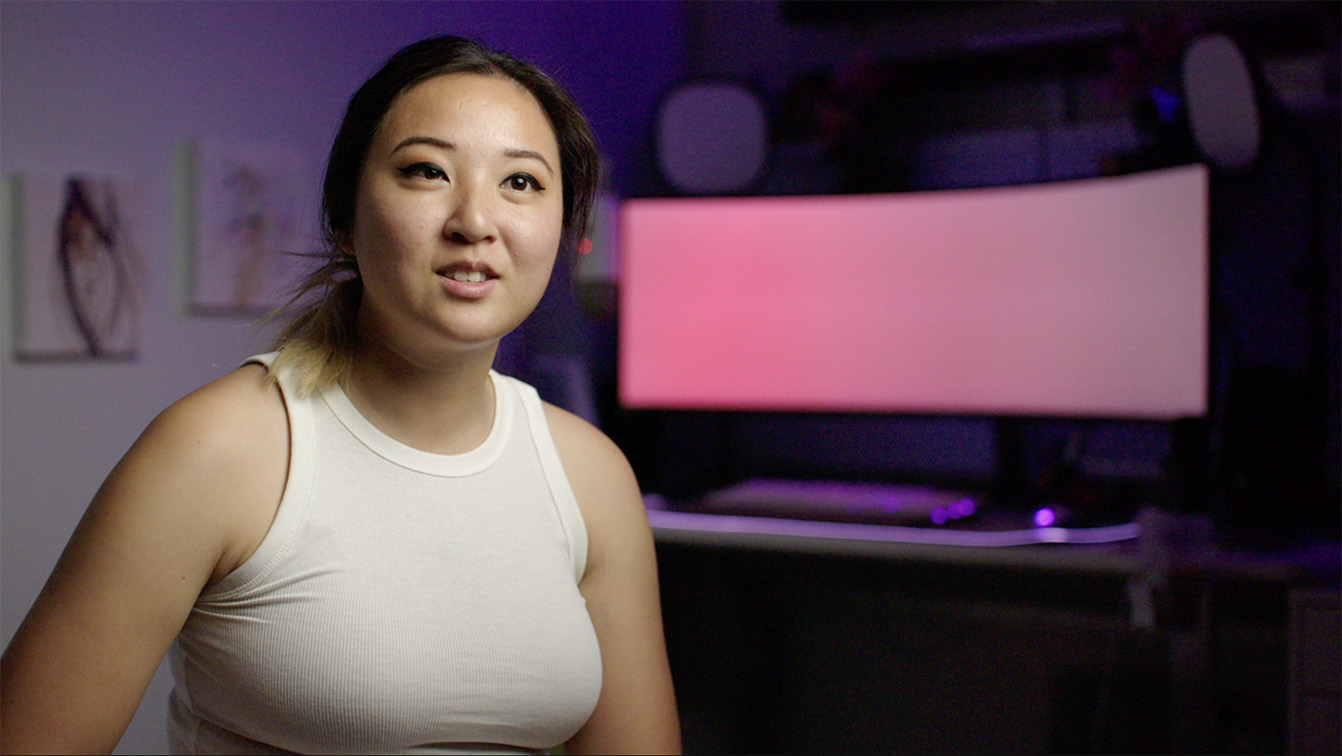 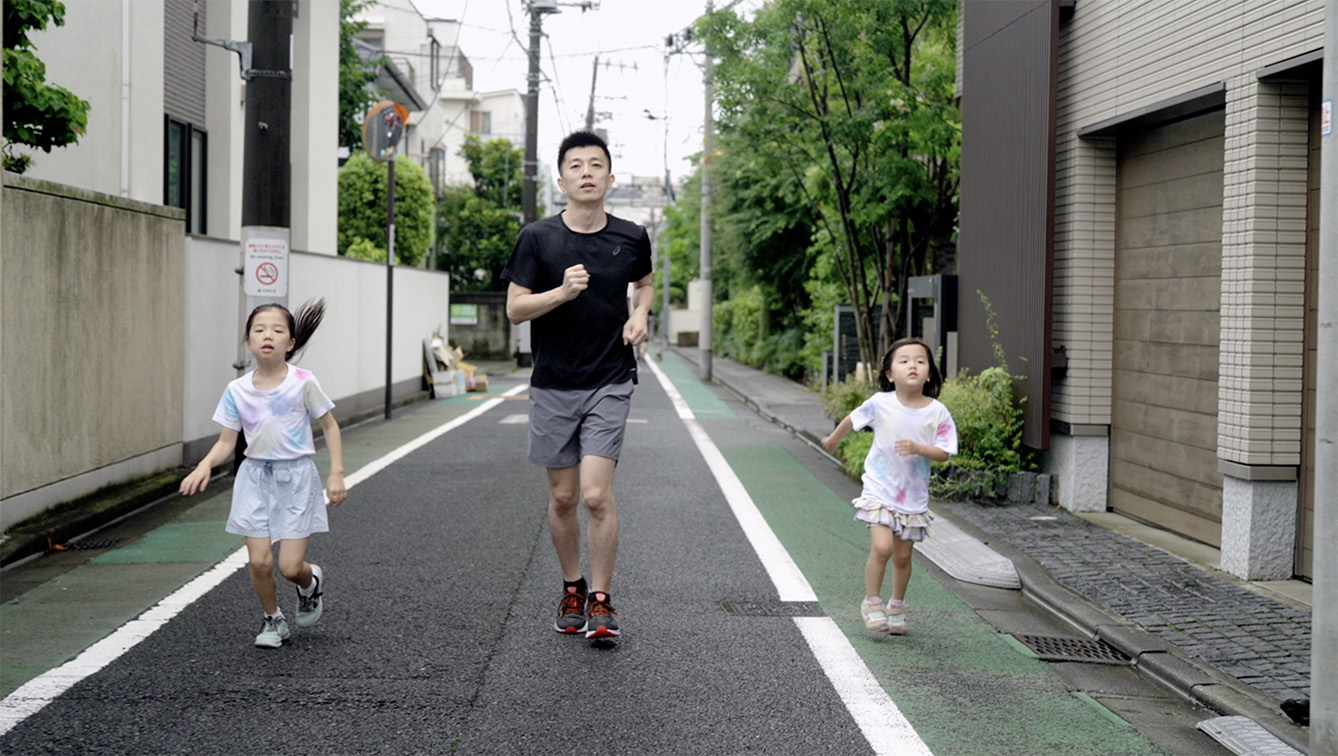 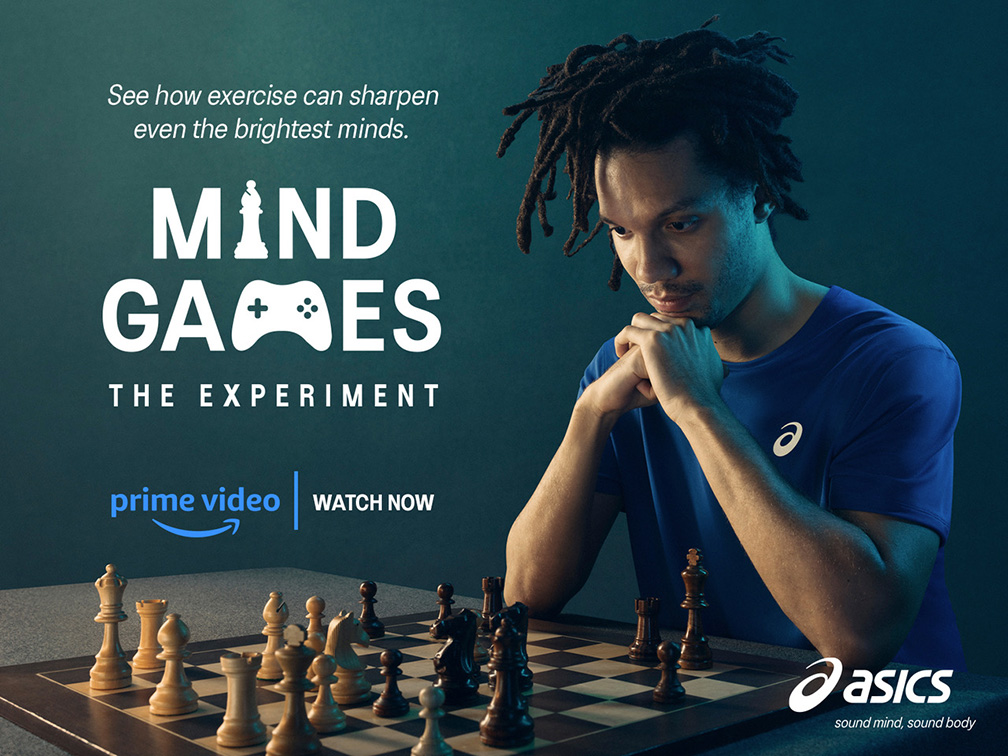 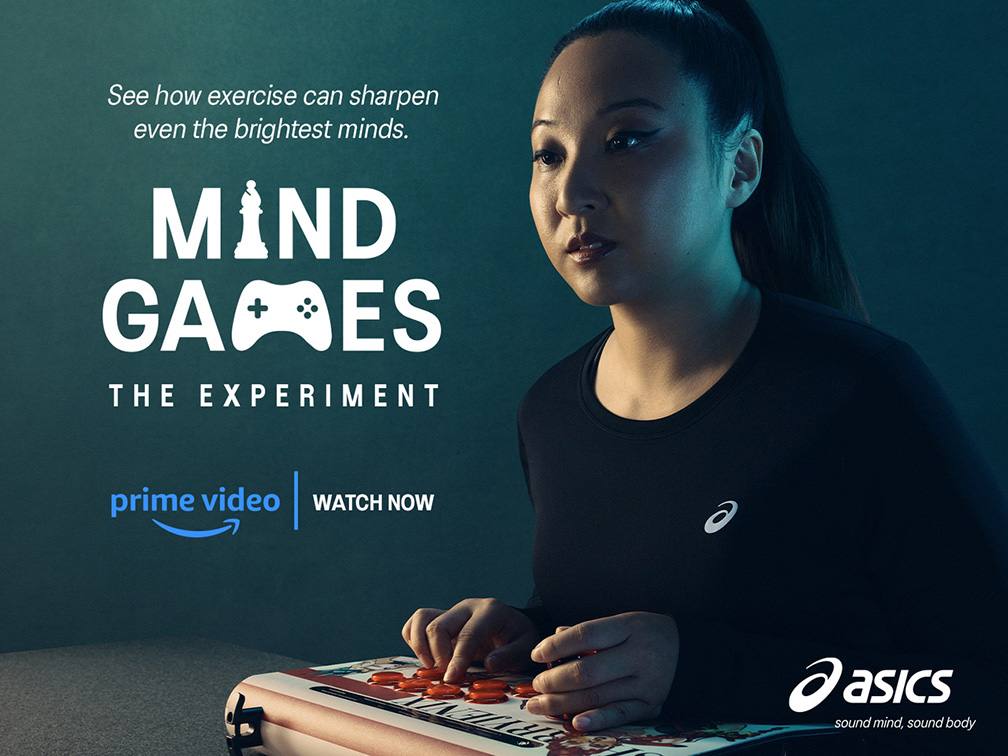 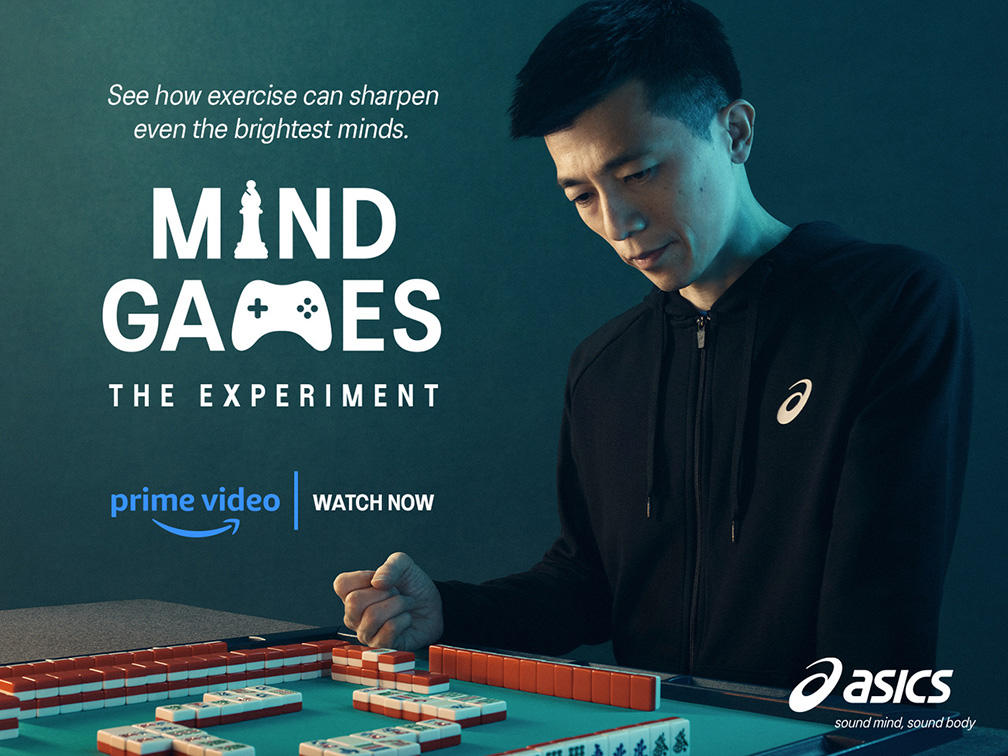