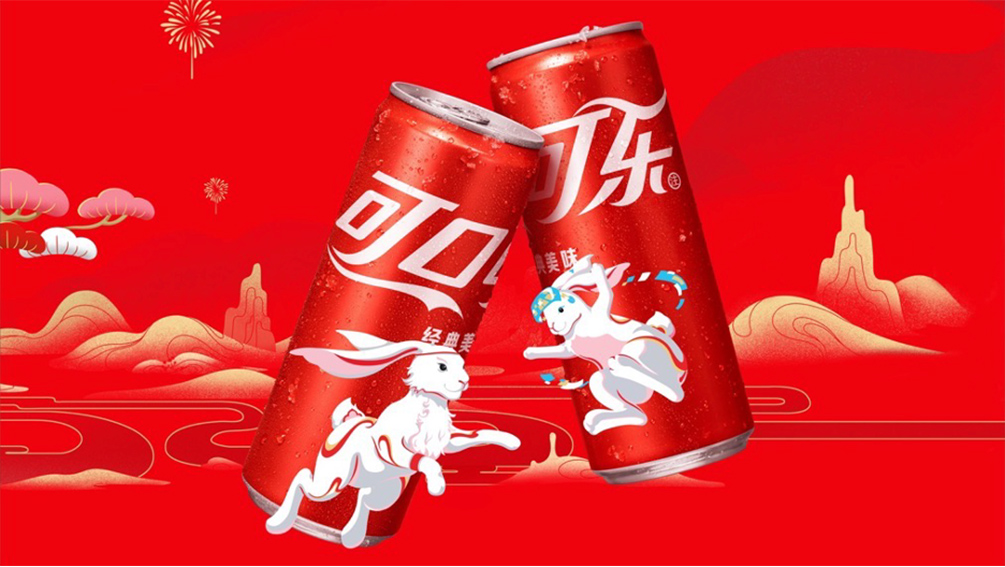 Coca-Cola is ushering in the Lunar New Year with the launch of a new multi-touchpoint campaign celebrating the magic of togetherness and cross-generational connection that is synonymous with the holiday season. Created by Ogilvy Shanghai as part of the OpenX by WPP team, the regional campaign features a short animated film launched across 8 markets in Asia, supported by an interactive AI-powered mobile activation, as well as limited edition packaging incorporating interactive AR elements.

Lunar New Year is one of the most important holidays of the year, involving numerous traditional rituals and practices around food, housecleaning, decorations, gift-giving and more. In recent years however, the festival has gone through a transformation of its own, with younger generations reimagining some of these century-old traditions to fit their busy lifestyle and the hyper-digital world they live in. This shift has accentuated the generational gap between today’s youth and their elders, with a lack of shared Lunar New Year rituals.

This Year of the Rabbit, Coca-Cola aims to be the common ground and show that while traditions define our families, it is their evolution that magically brings us together.

Food is an indispensable component of the New Year festivities. Overtime, the family reunion dinner has evolved, with quintessential Lunar New Year dishes full of symbolism and contemporary, urban-inspired flavors both finding their way onto the dinner table. This evolution is the one depicted in the campaign’s main film, “Grandma’s Jiaozi”, which tells the endearing story of a family of rabbits coming together despite their different approaches to traditional rituals and celebrations.

Centered around the message: “Lunar New Year may change, but the unchanging tradition of celebrating it together is what makes it magical”, the film celebrates how the Lunar New Year table is big enough to accommodate every generation’s preferences and desires, with the rabbit family’s grandson reserving the most important place on his modern New Year dinner table for his grandmother’s traditional dumplings. The grandmother and grandson then celebrate this gesture by raising a toast with a Coca-Cola. It is a symbolic common ground always bonding the two, that has remained unchanged over the years. All produced in Shanghai, the 1-minute spot and a series of shorter versions will be available in markets including but not limited to China, Japan, South Korea, Singapore, Malaysia and Cambodia, online and on TV.

Outdoor, the rabbit family made its way to billboards across major cities in Asia.

In China, the campaign is enriched with a digital experience that turns every can of Coca-Cola into a portal for families to reimagine existing traditions and connect in playful, interactive ways.

Among the long-standing Lunar New Year traditions is organizing a family photoshoot. But when family members live apart, gathering everyone in one location can prove difficult, and the final photograph often fails to fully capture the cheery atmosphere of the holidays. Coca-Cola’s Magic Capturer adds an interactive layer to traditional group photo-taking, turning it into a real magic experience with joyful connections for families to immortalize priceless festival moments, no matter where they are. By activating the camera, the mini-program’s AI tracks faces, allowing the virtual rabbit family to interact and give cues to the real-world participants to make fun family portraits in interesting and novel ways. The portraits can then be shared to extend the magic of togetherness for those who cannot physically be together over Lunar New Year.

To amplify the magic even further, Coca-Cola added a unique twist to the usual gift-giving practices, with an AR animation integrated into the Year of the Rabbit festive gift pack. When scanning the QR code on the packaging, users can see Coca-Cola’s rabbit family come to life in 3D and generate a customizable virtual greetings card that they can share with loved ones.

Charlotte Sng, Creative Director for Coca-Cola in Greater China and Mongolia said: “For the Year of the Rabbit, we wanted to recognize the generational differences and shift in celebration rituals, and inspire families across the region to rediscover meaning in traditions. This year’s Lunar New Year campaign continues to embody the Coca-Cola’s “Real Magic” philosophy, celebrating the extraordinary moments of connection that happen when we come together despite our differences and create new shared rituals.”

Wei Fei, Group Executive Creative Director at Ogilvy Shanghai added: “We are incredibly proud of this Year of the Rabbit campaign with Coca-Cola, which once again pushed new creative boundaries at the intersection of culture, innovative technology and storytelling. It is an invitation to come together through highly-engaging mobile experiences, and appreciate the special moments that make the Lunar New Year so magical.”