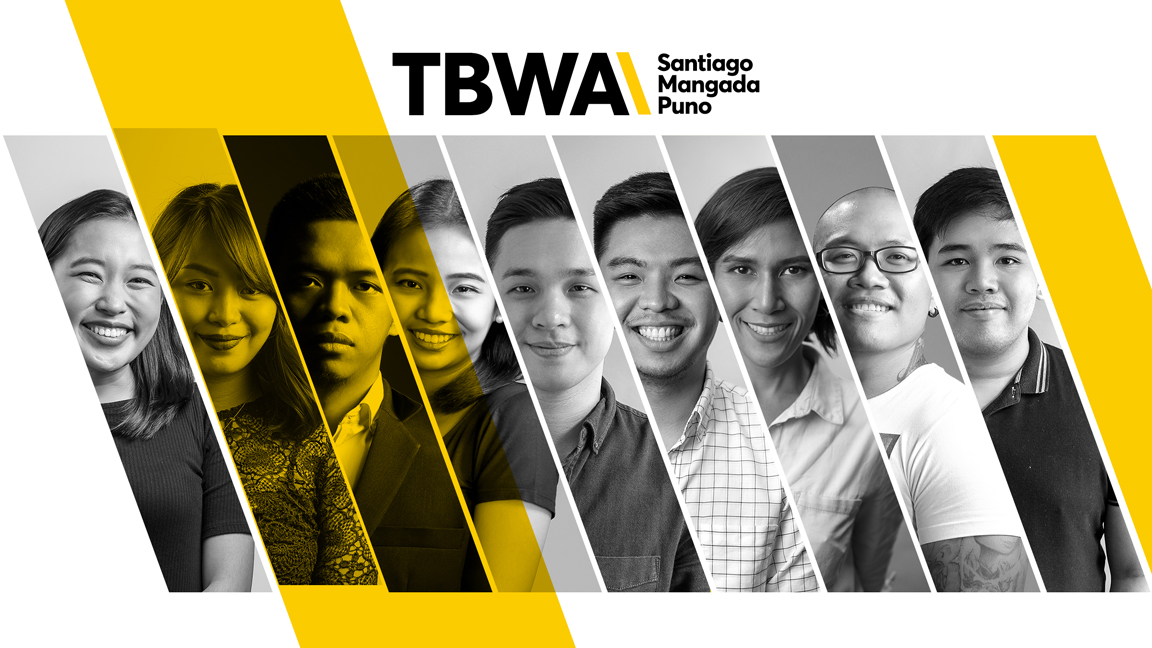 On the creative front, TBWA\SMP has raised Greg Hernandez and James Mendoza to Associate Creative Director roles. Most recently, Mendoza’s work for Bench “Amoy Kita” (Smells Like a Girl) won metal at the 2019 Webby Awards and Kidlat local awards.

Promoted to Account Directors are Dhanice Mengote, Alexandra Huang, and Jake Espina. As Account Managers who worked their way through the ranks, the three have proven their mettle, handling major accounts such as Nissan, Alaska Milk, Del Monte, McDonald’s, Bench, Emperador and Oishi. Espina is the account manager behind the agency’s most awarded work for 2018-2019, “Disgusting Stories” and Bench “Amoy Kita” (Smells Like a Girl).

For his work overseeing TBWA\SMP’s digital production arm, Mark Baul has been elevated to UX Director, while Ingrid Papa is taking up the Senior Media and Analytics Manager role. At the same time, Paul Carrera has moved up to Senior Digital Producer, in addition to his new role as Digital Account Director.

The highest promotion is that of June Castelo to the position of Business Unit Director, a post well-earned for her expert handling of Del Monte, Peerless, and Emperador. Recently, she led the successful launch of Emperador’s The Bar Premium Gin line.

“At a time when most agencies are either downsizing or seeking external talent to address global industry trends, we have looked within to ensure our longevity for the days ahead. Indeed, with hard-working teams comprised of young trailblazers such as these, the Agency’s future looks to be in good hands,” said TBWA\SMP Managing Partner Jaime ‘Jimmy’ Santiago.