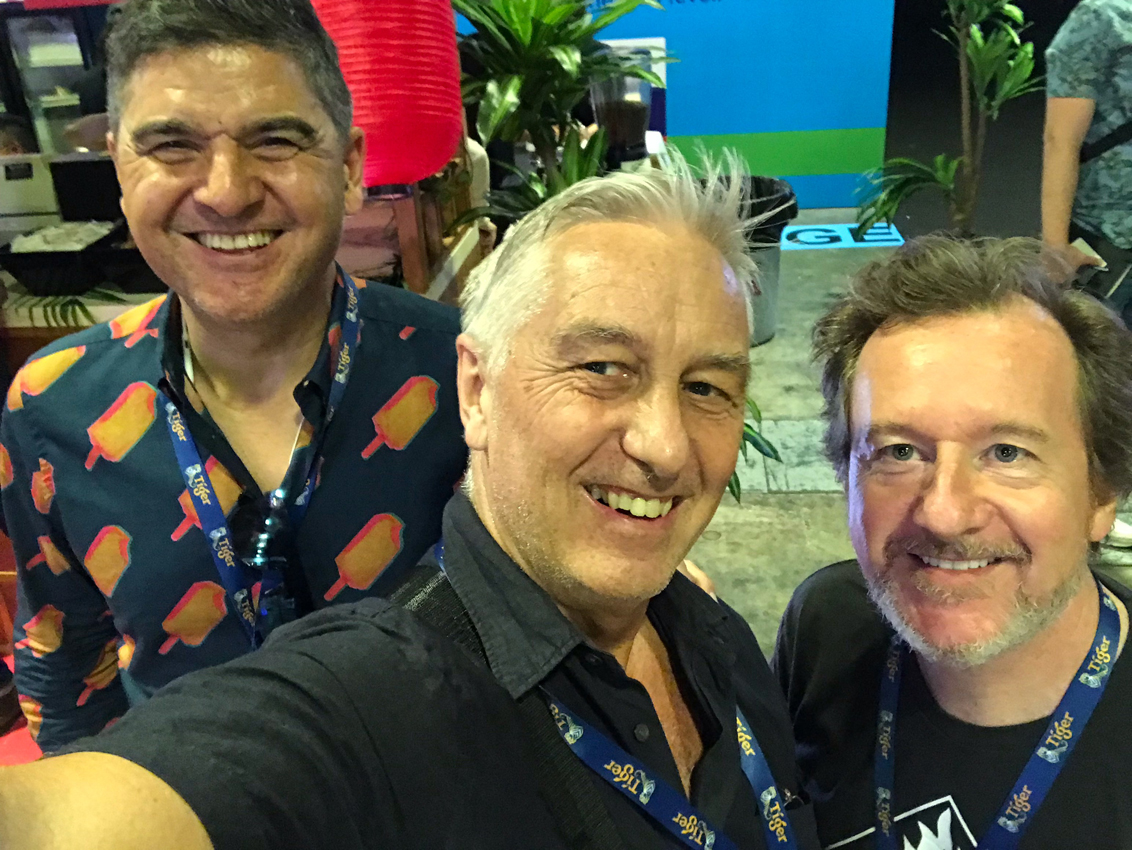 I get an incredible case of déjà vu walking around Suntect City as it was my base for a few years, back when I was regional creative director for FCB. Loved it then and it’s always great to be back. Old memories come flooding in.

Got in early again today (I’m an early riser due to having to drag a 15 year old teenage boy out of bed every morning) and had some good quality time to sit down and peruse the film work.

As with looking at some other categories, there’s a lot of work following similar patterns – emotional storytelling well produced – which is fine and all that, but it’s the quirky, unexpected stuff which stands out.

One of my favourites was from Hakuhodo Tokyo, for AFLAC cancer support called ‘Marathon’. A really lovely way of looking at a difficult topic, cancer survival, where the cancer journey is depicted as a marathon race with friends and family as supporters along the way.

Also from Japan, the bizarre and brilliant ‘Kawaii Tweak Hazard Song’, by Dentsu Tokyo. Hilarious. And a film for Hecate non-alcoholic drink by Cherry Tokyo (subsidiary of ADK) which was also hilarious and downright mad. 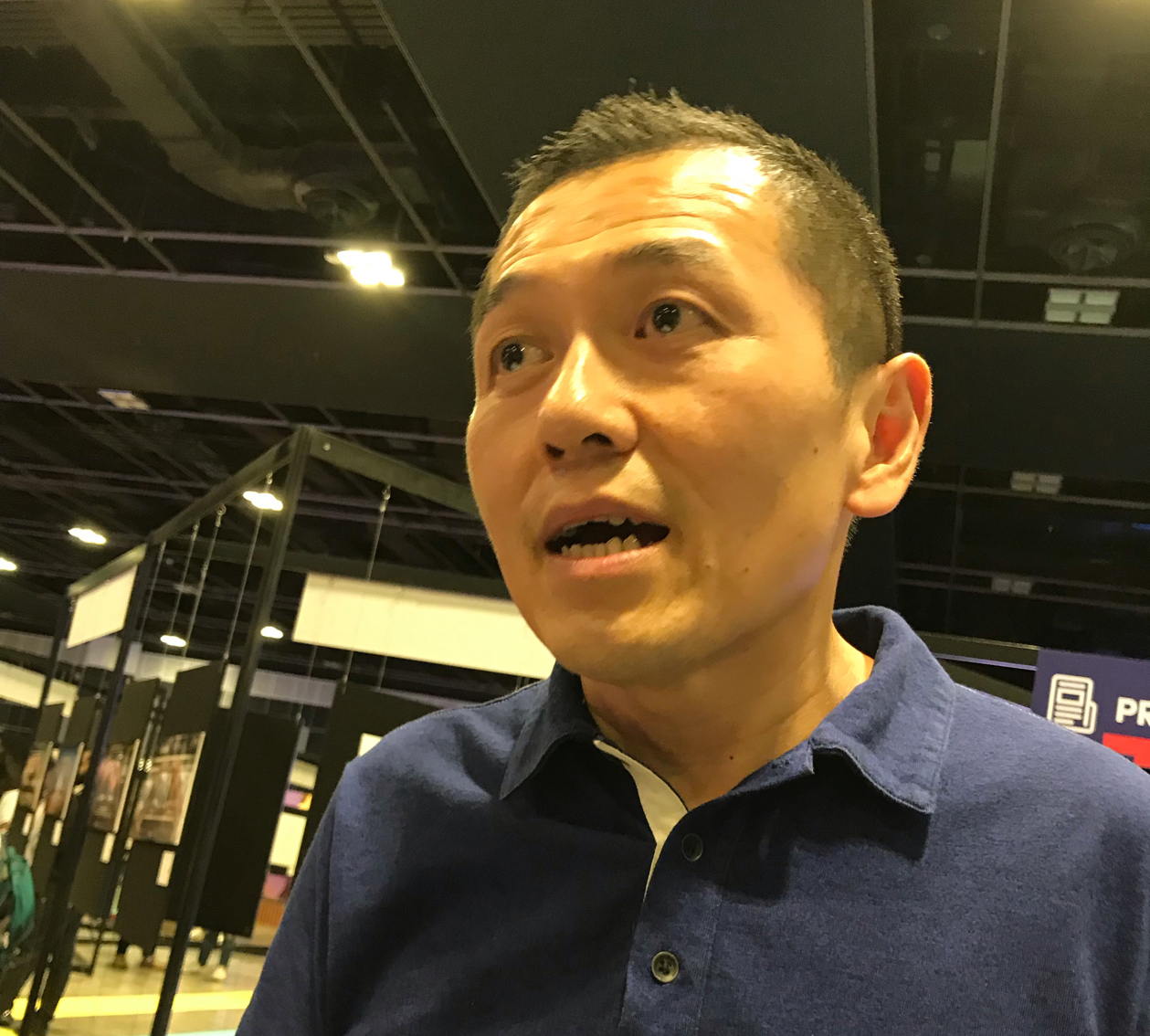 I also liked ‘The Day After from DDB Auckland for McDonalds, which I’m sure resonates with quite a few of the people attending this event what with the partying going on (although with so much delicious local food everywhere I’m not sure a Big Mac would be the hangover cure of choice right now).

Good to see the Korean film for EMART ‘Wine is Normal’, which I’ve seen before, by TBWA Korea, and China Airlines ‘Souvenirs from Travel’ by Leo Burnett Taipei in there too. Looking forward to the awards night and seeing what does well. I’m sure some of these will be in there.

Managed to catch some of the O&M Brand Breakfast discussion with Lucy McCabe of Ogilvy Consulting, Julie Branham of Diego India and Annabel Fribence of KFC Asia Central, and they shared some interesting examples of how data analysis has directly help tailor and impact successful strategies. I’m always interested in this, and some of what I heard echoed my own thinking. As Julia Branham put it “Data is an enabler”, and that “Creativity = competitive advantage”. Always good to hear, especially from marketing folks.

Had lunch with previously mentioned Mr Rob Sherlock and popped in to the ADK office not far from Suntec for a quick inspection. After that I was on the hunt for judges to interrogate and annoy. Problem was they were busy judging. I did catch up for a few minutes with the legendary Lo Sheung Yan (Ma Yan), Chairman of Wunderman Thompson in Shanghai, who had been judging Direct. And he mentioned something which was echoed by others later and perhaps is food for thought for awards organisers. 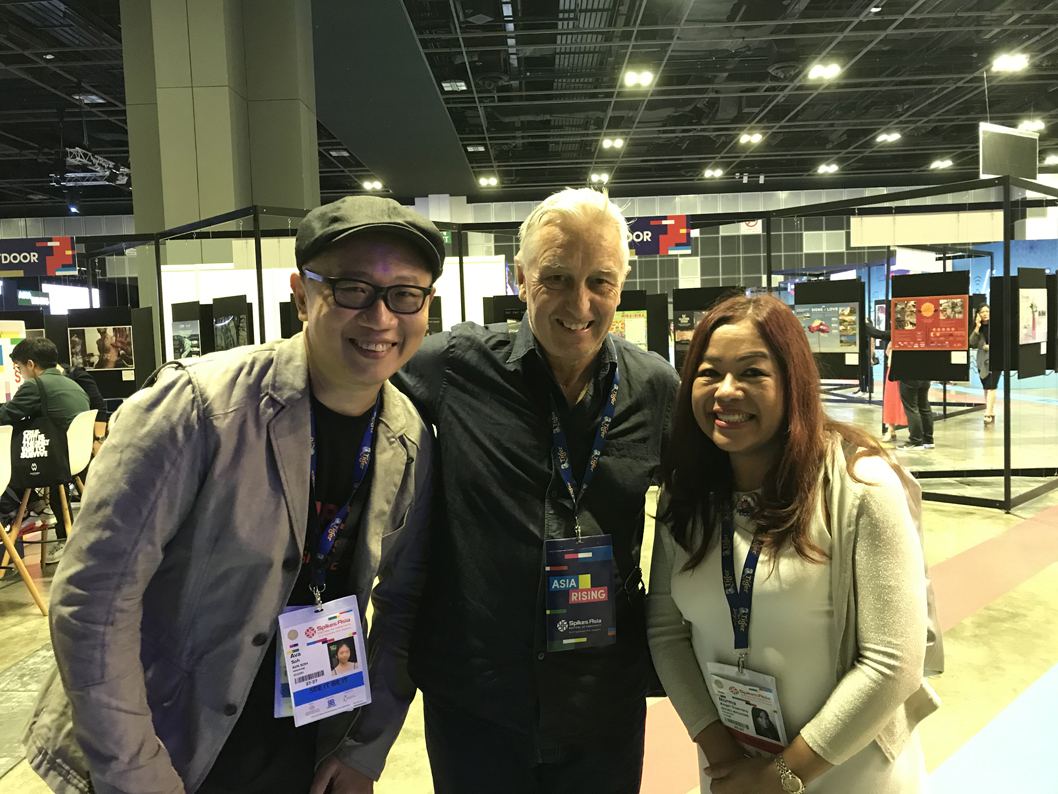 Man Yan said “When we looked at the entries, we would ask “Is it Direct?” Meaning, does it belong in the Direct category? Which is an interesting point because with some categories, it seems that those entering might be unsure as to whether the work belongs there.

Alvin Lim, Co-Owner of GPB Shanghai, who had been judging Brand Experience, made a similar observation. “Maybe it’s early days and people are not quite ready or sure what brand experience means. Some people were entering traditional work into this category.” We talked about the KFC ‘Pop-Up Store campaign by Isobar in China as an example of what belongs in the category. According to Alvin “50% of the judging criteria should be about strategy, not just execution.” (Mind you he was on his 3rd beer at this stage, but I think he had a good point).

It was a great day for catching up with old friends as much as anything, and I was delighted to bump into past Singapore hero Calvin Soh turn up, looking very new-age professorial in his cap. I see what Calvin’s been up to on Linked In quite a bit since he exited the agency world (lastly at R/GA Singapore). He’s always had his brain in overdrive and age hasn’t see him drop down to 2nd gear as he gave me a run down on his ideas for humanity and the future which he thinks about in-between turning his mum’s house into a completely self-sufficient eco farm.

I was bummed to have missed the talk by David Guerrero (needs no introduction) and Nick Wood, CEO of Syn Music, as they discussed how music can have a positive affect on society and the world in general. Did have a chance to have a bit of a natter with them later on, which could have gone on for ages given that music is always top of my list of things to get into.

Alas. Wrapped up with a tasty Japanese Tendon dinner with Robert Gaxiola, friend and ex colleague as we caught up on old and current times.

Hoping to explore more of the work on Friday and see if I can nail a few more judges to get a lowdown.