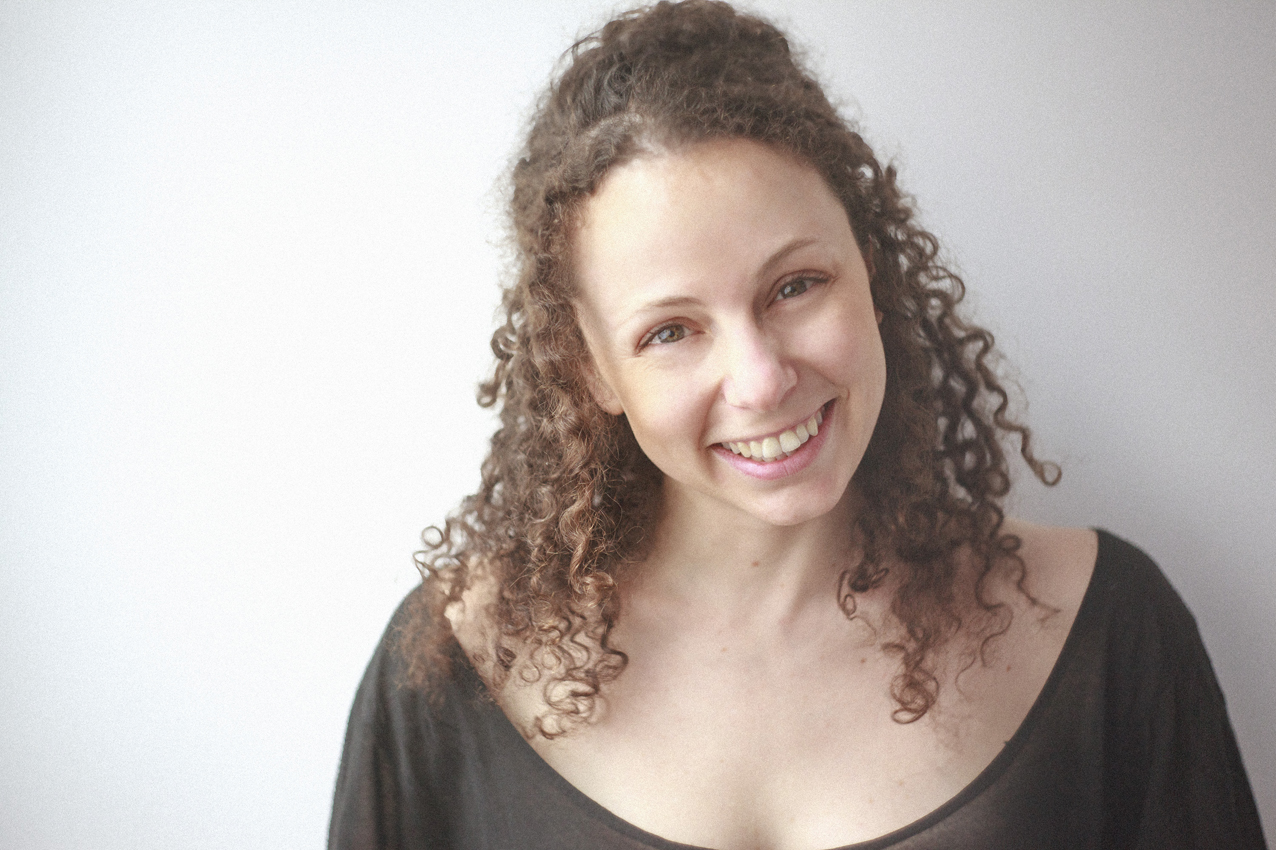 Day 2: A bit of a slower morning on Day 2 after the Legendary Party the night before! But, I got myself over to Suntec by early afternoon to listen to Philip Thomas talk about ‘Why Creativity Matters’ (pictured below).

He kicked it off with The New York Times’ campaign, ‘The Truth is Worth it’. Beautiful 2minute campaign by none other than Droga5 that won Grand Prix at Cannes Lions this year in two categories.

So why is Thomas showing us this film? Because, this is the perfect example of how when a business model is under pressure, it responds through creativity. Creativity drives changes and it drives business.

Thomas, who is the President Ascential Events, which runs Cannes Lions International Festival of Creativity, tells us that more and more of the delegates who come to the festivals are brands and clients. Those four festivals are not driven by effectiveness or numbers, but rather by creativity. So brands are realizing that creativity will drive their business. And that’s why they’re taking part in the events.

It’s also interesting to look at it from another perspective. Campaigns that win Cannes Lions are more effective in the long run. So big brands have started to understand that refocusing their energy (and money) on creativity is the differentiator. And the ones who will make the shift will see higher returns over time. The thought is to move some billion dollar figure that is invested in technology over to creativity. Doesn’t sound too bad to me really!

So in reality, if the entire industry was investing in creativity in the same way the most successful companies are, the value added to the industry would be very, very significant.

Food for thought for all of us! 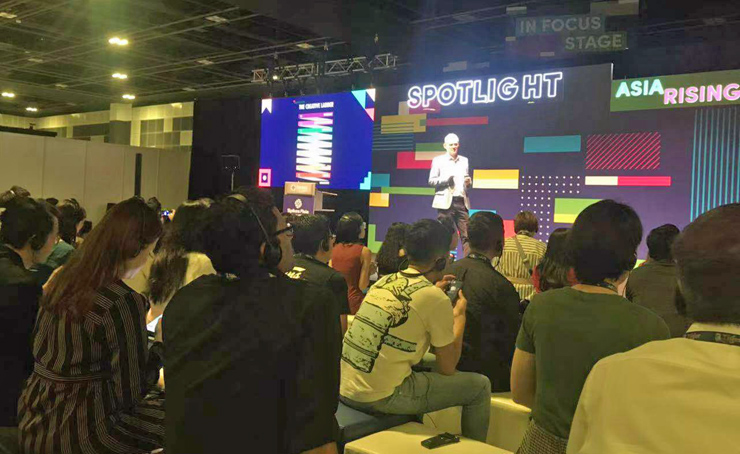 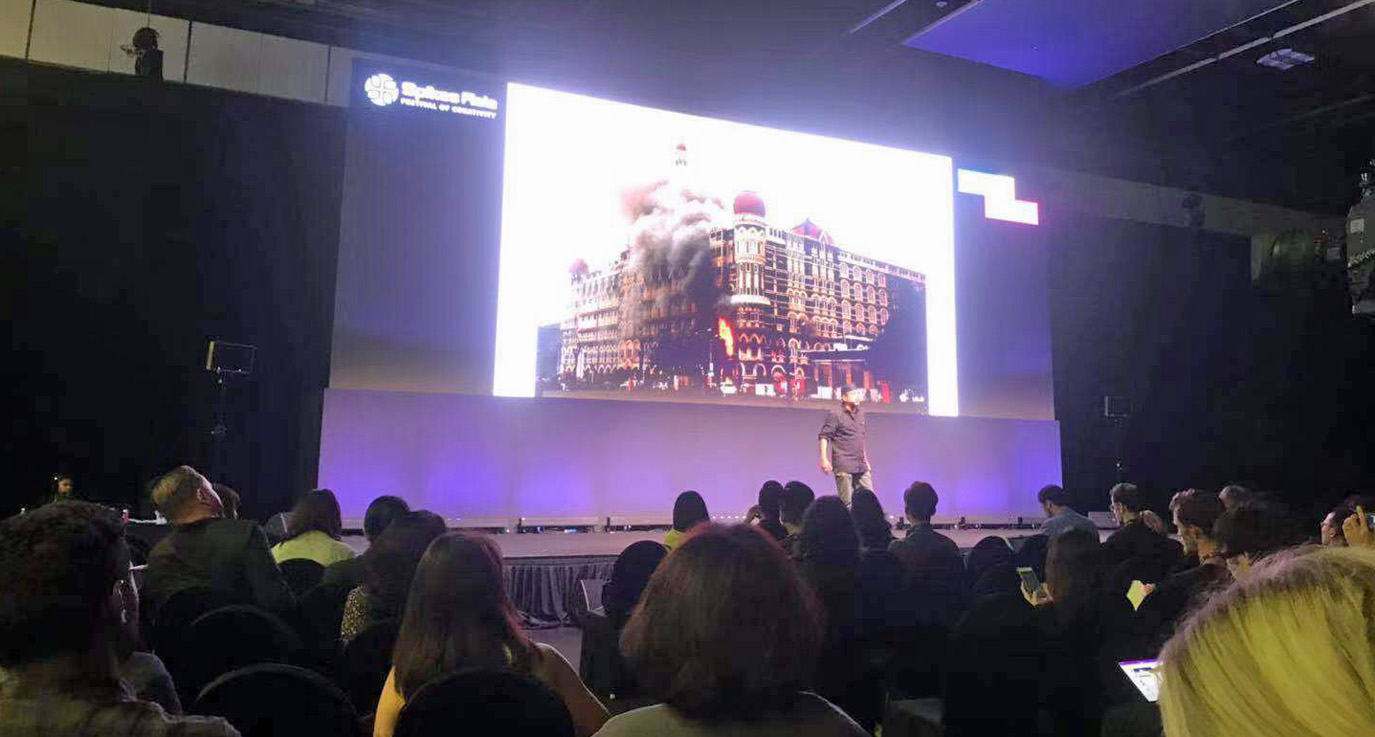 DAY 3
Our last day here. You could already feel the buzz of the awards night coming along. I spent my morning in Suntec listening to a few more talks.

Josy Paul, Chairman, Chief Creative Officer, BBDO Mumbai, kicked off the day with a fantastic talk: ‘President’s address: The Rising Power of Emotional Data’ (pictured above). Emotional data is buried in all of us. Most of us ignore it, but Paul says we should be using it to do good work. When there is an emotional bruise or push or sore spot to say something, to be heard, to tell a story, that’s where things start to become interesting.

Paul followed with a very unique personal experience. After the Taj Palace explosion in Mumbai in 2008, he was asked to write an ad about it. And that’s when it was hard. The need to do something was there.

And this is Paul’s message. At the centre of us there is something that guides us and it requires a true connection to the world. Emotional data is the ‘GPS of the soul’. What a wonderful way of putting it. It’s the ability to let go and understand your true self.

And linking this back to our industry, Paul shared a touching campaign called #ShareTheLoad. Check it out. Such a simple story but very real. And that’s where it’s a winner. The campaign is for Ariel, so it’s obviously for detergent, but it focuses on gender equality. Paul followed this with another amazing campaign, ‘Mumbai Speaks’. Definitely worth a watch. Nice and gripping.

These stories come from somewhere deep. But once we get to them the truth of the idea comes out on screen so obviously that it’s worth digging for it. 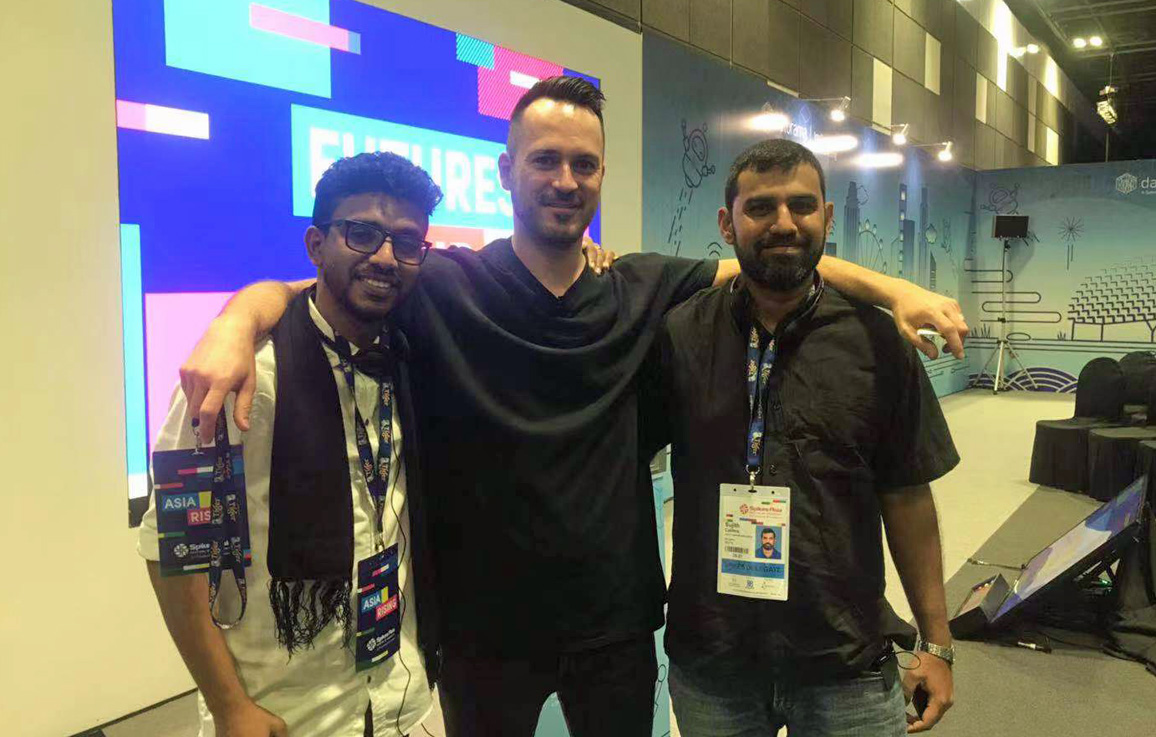 Emile Rademeyer (pictured above middle) from Vandal Sydney took the Future’s Hub stage to tell us about VR. Always a bit of a scary topic, but my takeaway from this one was Digital Placemaking.

Digital Placemaking is a location specific technology that is somewhat taking over the world. To me this looks less worrying than VR, but also some of it is so beautiful that it’s hard not to see the greatness of it. Reality is more than it used to be. And digital placemaking isn’t about the place, the location, nor about the technology, but rather it’s about the human experience. The connection between the space and the people.

And it’s almost taking the place of art in some places. And there to enhance our human experience. Check out some of the work that has been done with digital placemaking in entrance of office buildings, on various international landmarks, in shopping centers.

The rest of the day was a mix of wandering around the Festival, around the city for meetings and back to the Spikes Café for drinks early evening. Everyone then headed off to the long awaited awards show at the Victoria Theatre.

Among the very happy winners, Colenso BBDO and Sweetshop’s Damien Shatford directed campaign for DB Export ‘I’m Drinking It For You’ took home a Grand Prix in the Music category, 3 Golds, a couple of Silvers and a Bronze awards

Some of the smaller markets in Asia have proved themselves with some amazing work. Japan, Pakistan, India taking away a number of awards. A really special body of work.

A short walk away from the theatre we later all ended up at the Fullerton Hotel for the Spikes closing Party that lasted until the early hours of the morning for a lot of wine and Tiger Beer who were a big sponsor of the event.

What an amazing week!

Asia is Rising indeed. Hopefully we keep seeing some more Asian work being rewarded and getting stronger as the years go by. A lot of very important insights about the necessity to put our emotion in the work we do, and to invest in creativity as it will be the winner for us all long term.

Congratulations to all the winners, thank you Spikes Asia and Singapore for having us during the week. See you next year no doubt! 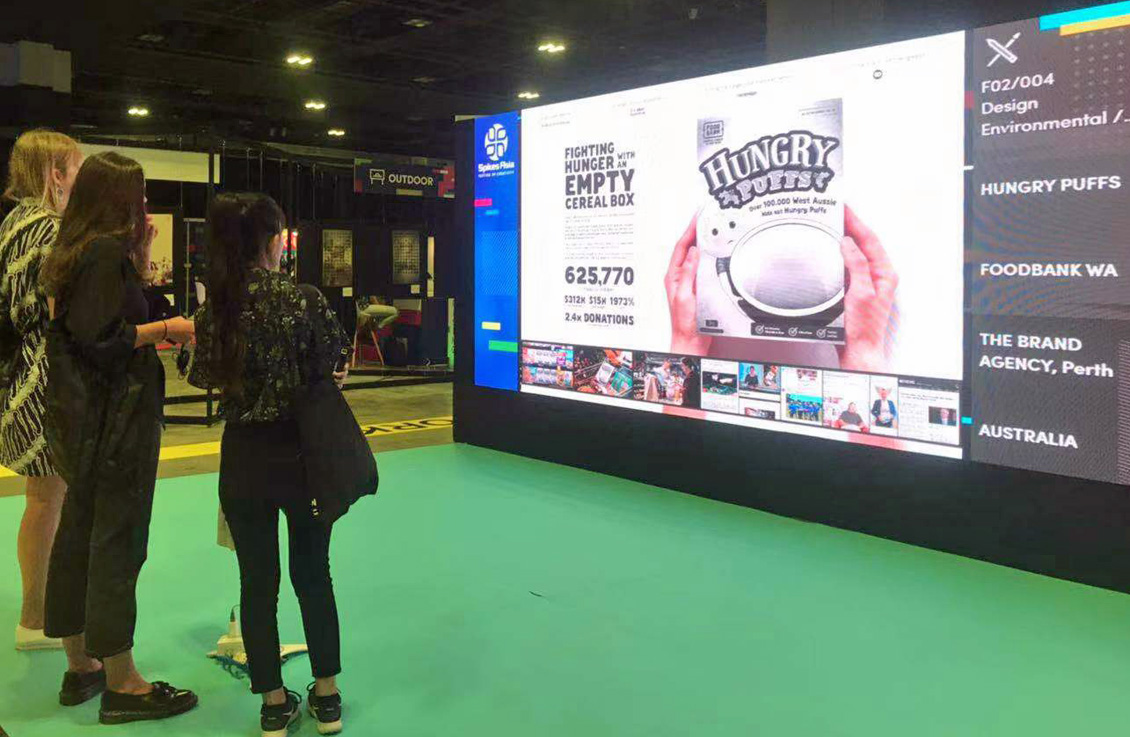 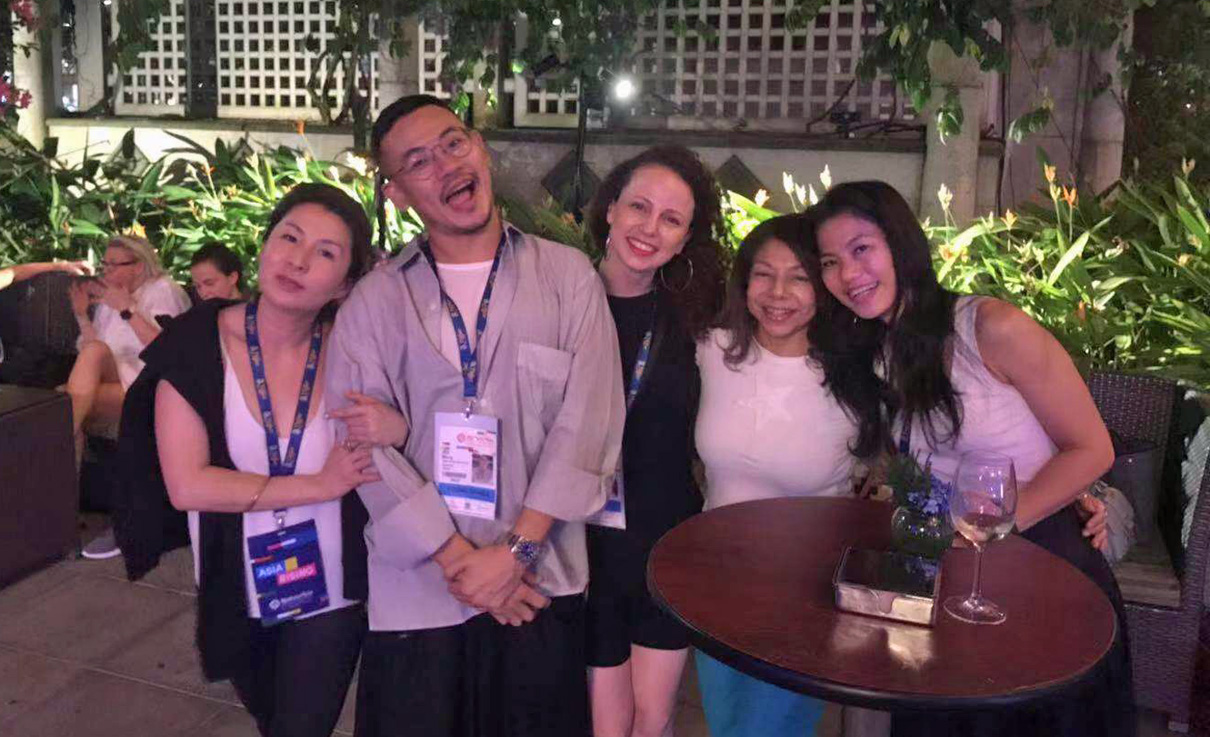 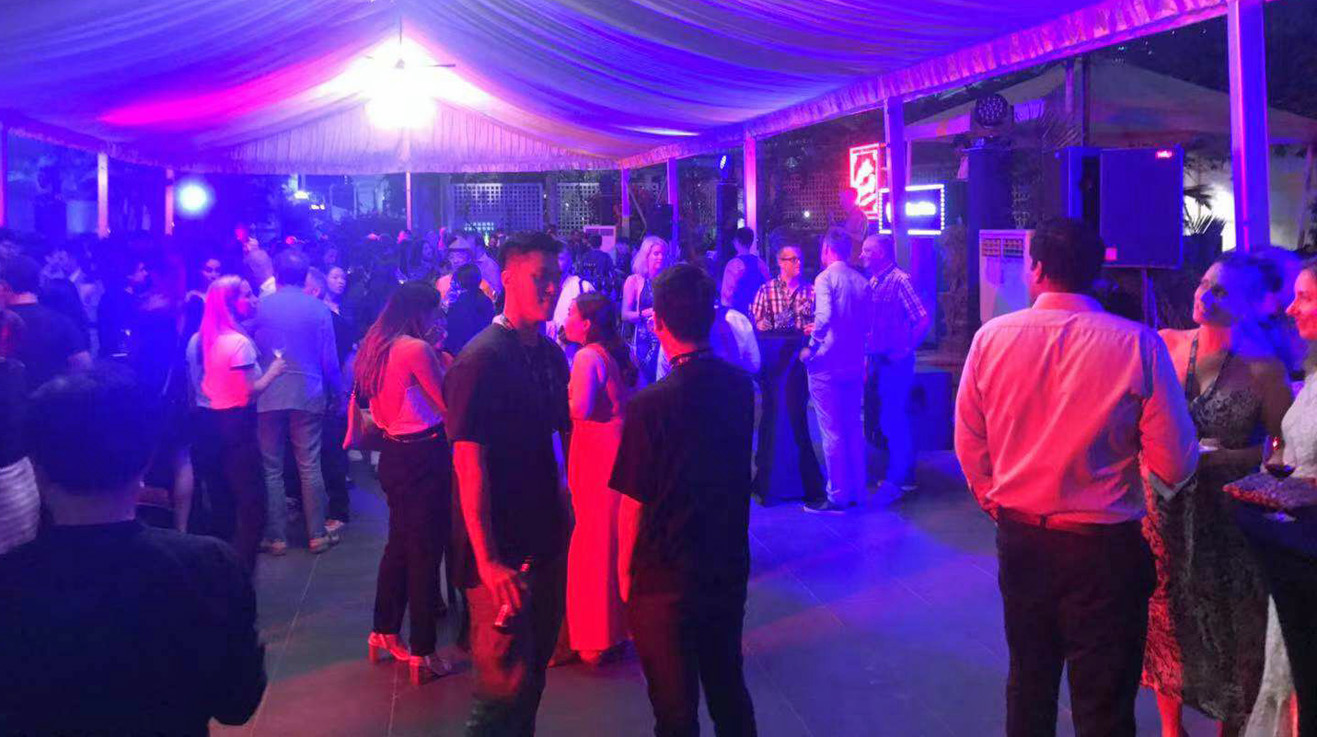