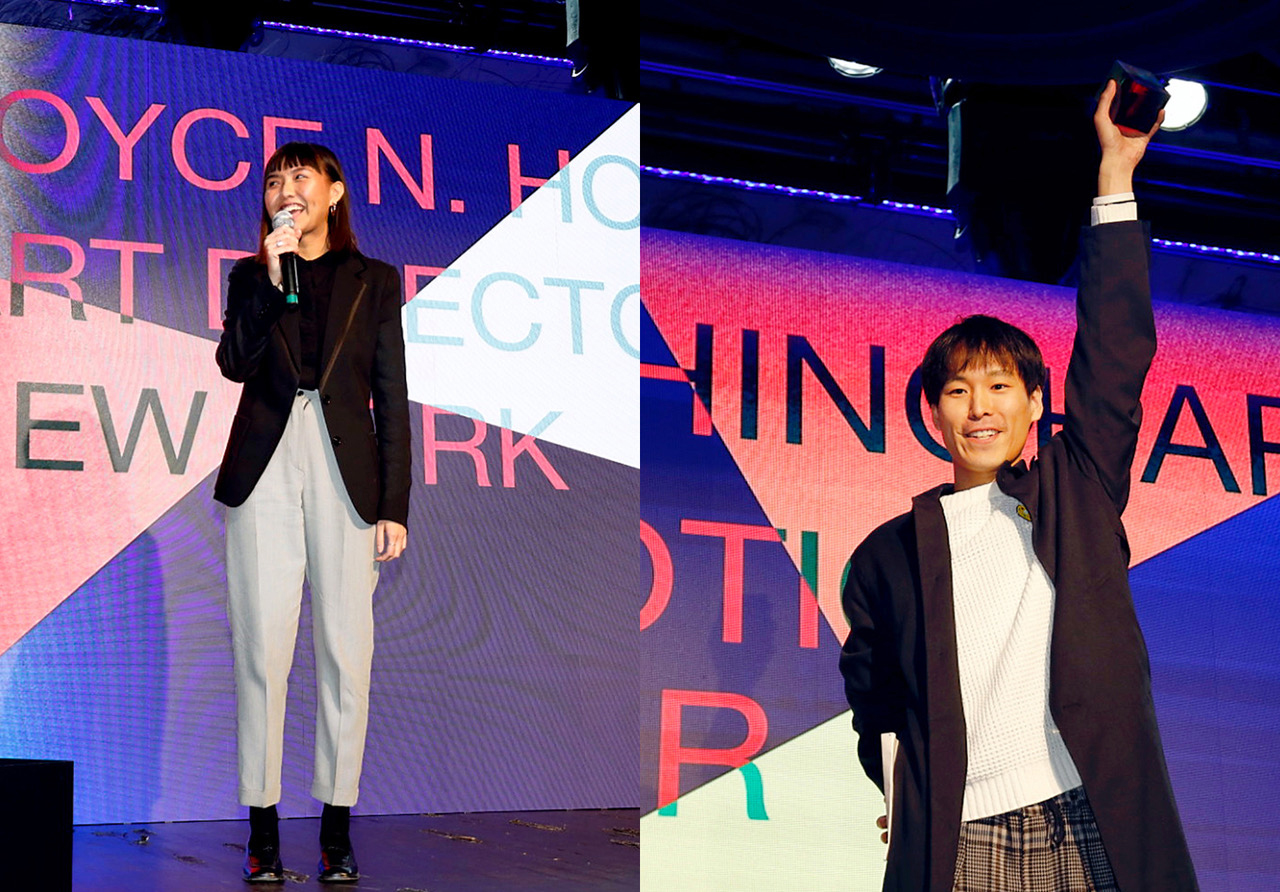 In addition to celebrating the full class of 28 winners at last night’s Young Guns 17 awards ceremony in New York, The One Club for Creativity presented additional special recognition to two honorees, both creatives age 30 and under.

Shinohara says his stop motion philosophy is based on bringing emotion to every scene, which allows the audience to easily connect with the work. With a style that involves making puppets look alive with minimal animation, he enjoys projects where he can direct and animate at the same time.

The honor is bestowed annually to a newly crowned Young Gun whose body of work truly stands out, as judged by an advisory board of industry professionals across a range of disciplines.  As this year’s winner, Ho receives a full year of professional development, guidance and mentorship from Levine/Leavitt to help advance her career.

Born in Hong Kong, raised in Australia and now living in New York, Ho specializes in storytelling through motion and bringing ideas to life through design work that is textural and expressive.  Her work includes directing the titles for “Semi Permanent”, opening titles for Syfy’s “The Expanse”, and serving as design director for “Volume 3” of Netflix’s “Patriot Act with Hasan Minhaj”.  She is also a three-time SXSW Film Awards finalists.

Young Guns is the industry’s only international, cross-disciplinary, portfolio-based awards competition that identifies today’s vanguard of young creatives.  Submissions were received from more than 45 countries and judged by 61 top creatives from around the world, about half of whom are past Young Guns winners.

This year’s winners were celebrated at the Young Guns 17 Awards party at Sony Hall in New York.  The evening was hosted by Rich Tu, VP of digital design at MTV, VH1, CMT and Logo, host of the “First Generation Burden” podcast, and himself a Young Guns 8 winner from 2010.

Says Tu: “It’s an honor and a pleasure to be welcomed back as the host of Young Guns 17. This year’s class is an amazing group of international creatives who I hope will shake up the industry at a time when multiculturalism, representation and identity are more important than ever to our industry’s creative output.  Change is good, and these folks are great!”

All Young Guns 17 winners receive a unique version of the iconic Young Guns Cube, designed exclusively for this year’s incoming class, and have their permanent profile page added to the Young Guns website.  Winners also receive a complimentary one-year membership to The One Club for Creativity, permanent membership in Young Guns network, a chance to be featured in Young Guns events and an assortment of career-boosting opportunities from Young Guns sponsors.

Program branding and design of the Cube award is recreated each year by a past Young Gun winner.  This year’s YG17 branding and Cube award are designed by Hey, Barcelona, founded by Verònica Fuerte (YG7).

Young Guns 17 is made possible in part through the generous support of official sponsors Hey, Levine/Leavitt and Shutterstock, and supporting sponsors BBDO, FCB, Media Monks, Publicis Health, OUTFRONT and Workbook.