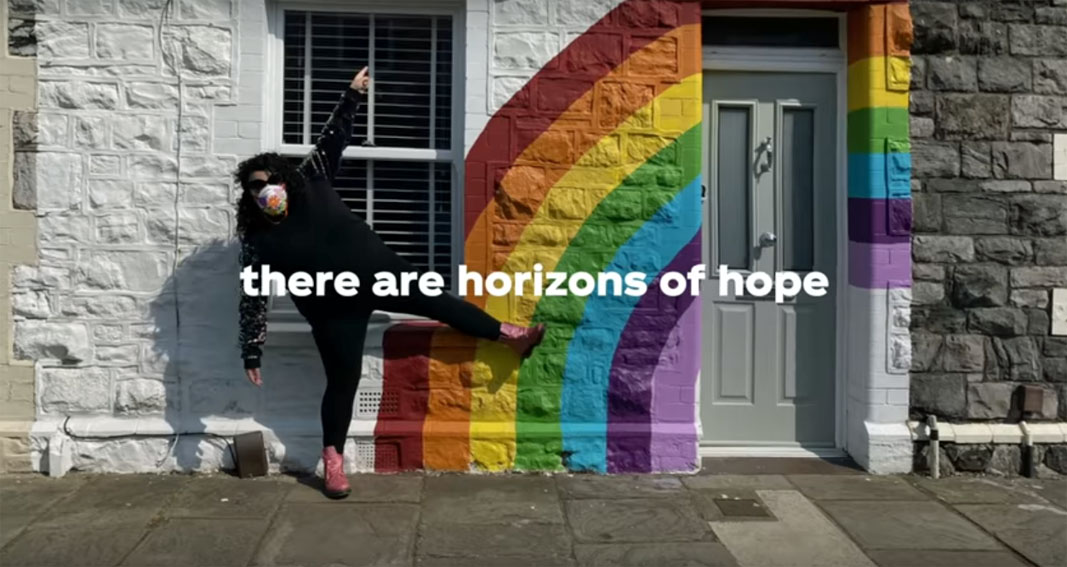 On May 1st, International Workers’ Day, Coca-Cola released a global PSA short film offering an ode to humanity and the human spirit – ‘For the Human Race’. Part of the campaign, created by Dentsu’s creative agency in Malaysia Merdeka LHS, is a series of video mini stories profiling unsung local heroes in ASEAN and around the world who are going beyond for their communities amidst the COVID-19 crisis. Handling this big production job was top Malaysian-based production company Directors Think Tank. Campaign Brief Asia takes a closer look at the production process.

The Coca-Cola Company’s new global PSA Campaign called “For the Human Race” was the brainchild of Pratik Thakar, the Head of Integrated Marketing Communications at The Coca-Cola Company, and was conceived by Huang Ean Hwa, CCO of Merdeka LHS, a subsidiary of Dentsu. The campaign had two parts to it – A global PSA film using crowd-sourced, editorial as well as shot content from around the world, and 7 mini films about individuals who represent a wider community that is making a difference in these troubled times.

“This project started as a love-letter to humanity,” said Merdeka LHS’ Hwa. “But co-ordinating and producing such an ambitious global project would be daunting – even under normal circumstances, especially within a 3-week deadline. My team and I knew we would have to work around the clock, but together with Pratik, his team at Coca-Cola, and with Directors Think Tank Malaysia onboard, we knew we could get it done…because these stories needed to be told.”

“From the moment we got the brief, there was an enormous amount of goodwill for the project. It’s not often that you get to be part of a project that sends a genuine message of hope,” said Rajay Singh, CEO and co-founder of Director’s Think Tank, Malaysia. “Luckily, with production partners around the world, we felt we could pull it off”.

The launch PSA film shows a montage of clips of every day heroes who have, despite these difficult times, engaged in positive and hopeful action, no matter how small. 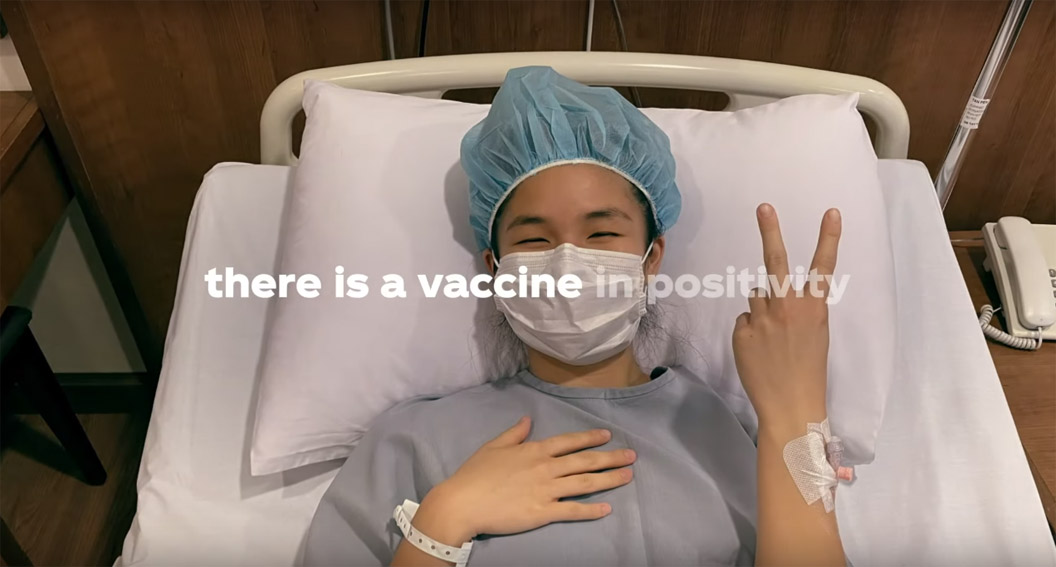 “The challenge was unreal – having to produce this without being able to leave our homes,” said Heng Tek Nam, the Executive Producer in charge of the project.

The task for the launch film was to source authentic editorial footage and crowd-sourced footage from around the world, and tracking down the individuals in all the videos as well as getting permission from the footage owners. Footage was sourced from China, UK, Italy, Spain, Europe, South Africa and the USA as well as from around the Asean region.

“With the current situation all over the world, it was challenging. Sourcing footage also video portraits of front-line workers from various sources – editorial, instagram, facebook, tik tok – meant we had to reach out and contact people half-way around the world, to get permissions and clearances, which involved many late-night phone calls and emails. There were lots of leads that led to dead ends, because it wasn’t possible to get the clearances for some of the editorial footage we wanted to get. So we would have to find another source that had a similar kind of shot. But once we could track down the right sources, people to were very agreeable, given the nature of the project. ” said Josephine Lim, Producer.

The second phase of films focusing on the lives of 7 heroes meant that some additional footage was shot in the UK, Germany, Spain as well as Italy, using whatever means were available – that could be done safely while complying with local quarantine or lockdown guidelines in each country, crucial interviews.

“I immediately got in touch with our production friends in the UK, USA, Spain, Germany, Italy, Thailand, Vietnam, Philippines, and with our local production team, and with close collaboration with the client and agency, this formed the hub of a global team that worked around the clock,” continued Heng Tek Nam.

The task was daunting. Anadil Hossein, Executive Producer of Dillywood, Inc in New York said, “When Tek Nam approached me to produce the NY segment for this global ad campaign my initial reaction was – I want to help deliver a NY story, from the epicenter of the epicenter, immediately followed by: how on earth can I pull this off? How does one scout for talent, find crew and shoot safely during the peak of a global lockdown?”

“The alchemy of finding our front-liner, and securing my friend (director/dp) Shane Sigler who himself had just recovered from covid-19, ended up forming the perfect team. In following our essential worker, we covered almost 20 locations, across several boroughs in one day and that was his average day. To be able to tell such a personal story that represents NYC at such an unprecedented time – seeing it as a ghost town was a once in a lifetime experience”. 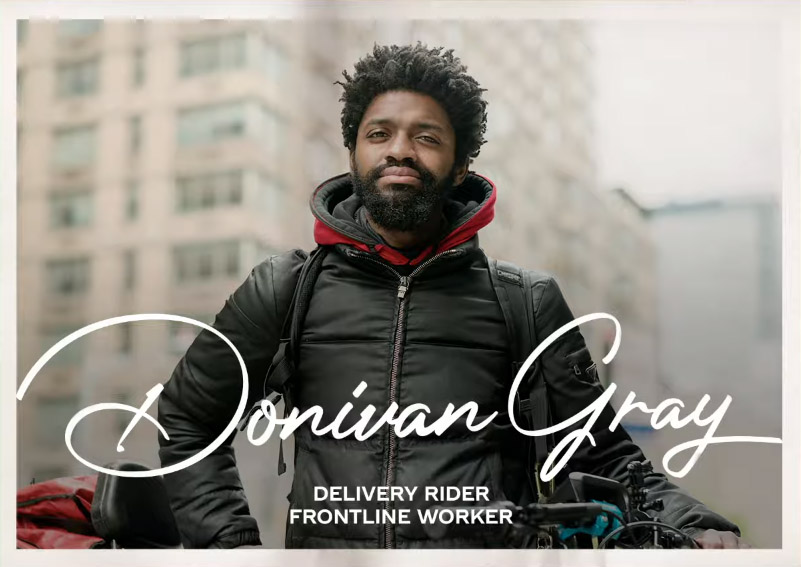 This sentiment was echoed by other teams, in other countries, as well.

“When I got the call from Tek Nam, first of all, I was surprised. I was not expecting to be able to become part of any project during the lockdown,” said Ernest Gual, Executive Producer of Western Productions, Barcelona.

“I was excited by Directors Think Tank’s approach, as it relied on a worldwide network of friends and production companies – we felt we were all together on the same boat, equally – as the world was experiencing with the Covid19. We were all facing the same problems in different ways and we were given the flexibility to approach it locally considering each country restrictions.”

“Doing this project, we met some really brave & selfless people, getting deeper in the dramatic new reality we have been living in. I was really and especially touched by their stories, and I’m very grateful to have had the chance to be part of this tribute to the frontliners – from cleaners to doctors, from teachers to delivery riders. This has been a story of human brotherhood, built through brotherhood,” said Gual.

This close collaboration extended not just between production companies, but up the line to agency and clients as well.

“We had calls sometimes twice or three times daily over a 3 week period, and everyone worked together truly as a team – calls to Spain, Germany, New York, Thailand, Italy, Singapore, UK. To have that kind of unfettered access to each other meant we could react and move faster to an ever-changing situation globally. Chasing down true stories, verifying them, and getting the access and clearances to shoot wasn’t easy. We needed the stories to be a true reflection of all the individuals who were making a difference.”

“While these films are brought to you by the Coca-Cola Company, it’s really about how an individual, no matter who they are, who can make a difference and the ripple effect that difference can have on the world. These films are about hope,” said Intan Sham, EP for Director’s Think Tank.

“For the Human Race” PSA campaign launched worldwide on the 1st of May on all motion media, with releases of the mini-films this week.

VIEW FOR THE HUMAN RACE
VIEW THE 7 FILMS 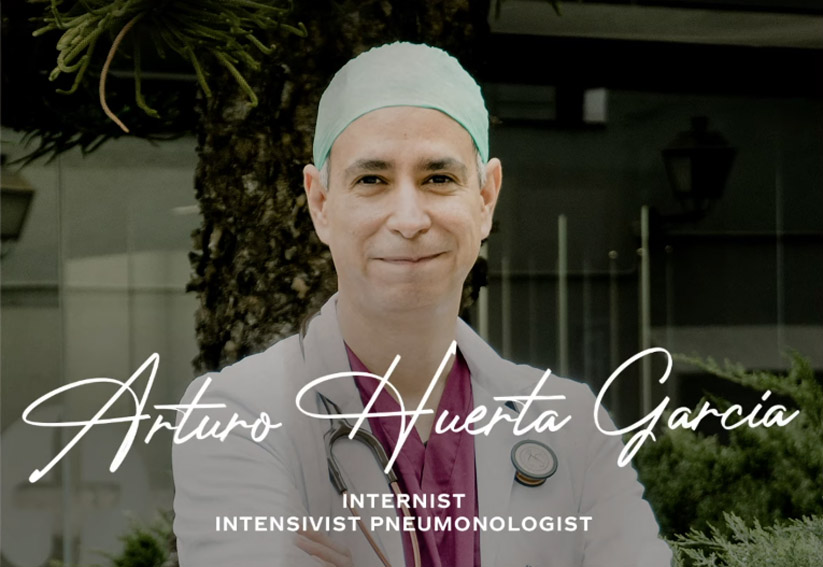 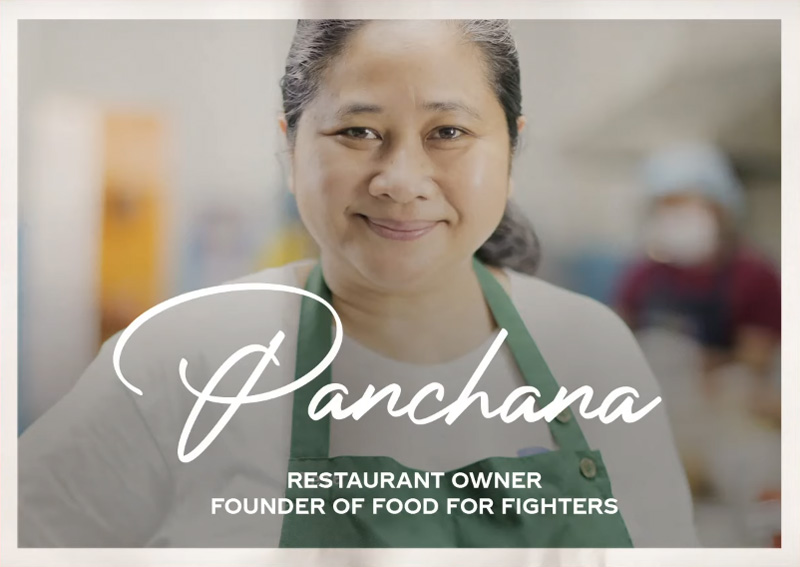 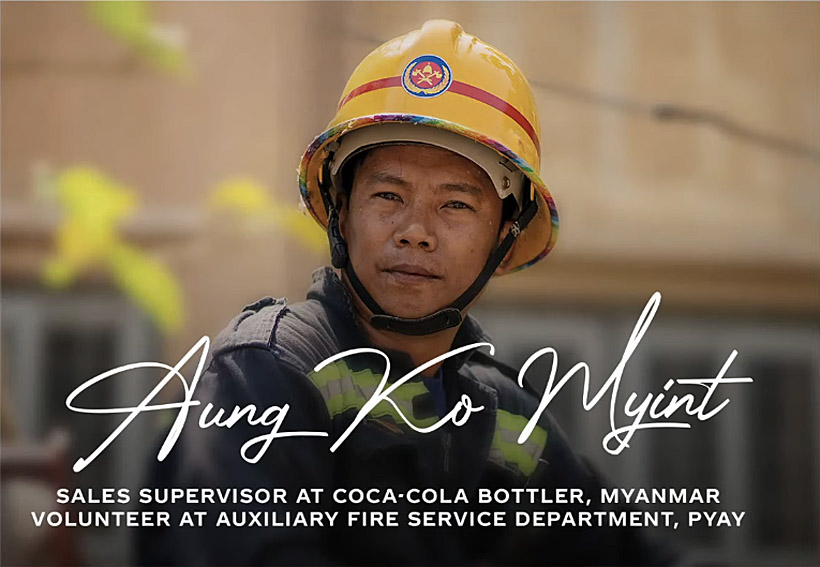