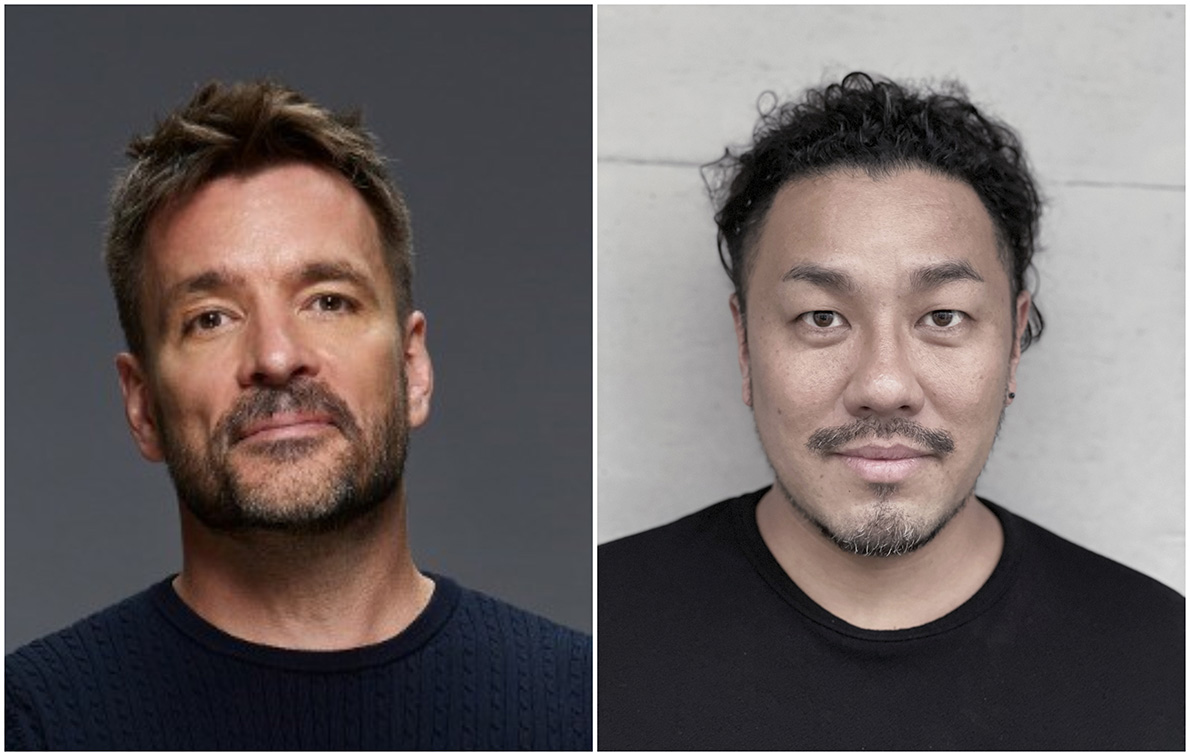 Graham Drew is the CCO GREY Malaysia and Ken Mitani is the Associate CD/Art Director at GREY Japan. In last year’s Campaign Brief Asia Creative Rankings GREY were named Malaysian Creative Agency of the Year. The creative department is lead Drew, who this year combined and worked together with one of GREY Japan’s rising creative stars, Mitani, on a new film for premium skincare brand SK-II. Mitani is a recent medalist at the JAA Creator of the Year awards, Japan’s most prestigious prestigious ad industry individual awards. Campaign Brief Asia spoke to both of them on the new campaign and working together.

‘The Centre Lane’ is the first of a series of films released under the new content platform SK-II Studios.

The film was co-created by the specially-formed hyper-accelerated creative unit within WPP and it brought together several WPP agencies including GREY Malaysia and GREY Japan.

“The Centre Lane” is the debut film from the brand’s newly formed content division, SK-II Studio, representing the first of seven films that the WPP agencies will make with the brand. The specialist unit from WPP supported the development of the brand’s first film studio division, which will be dedicated to tackling the societal pressures impacting women today through the power of film and storytelling. 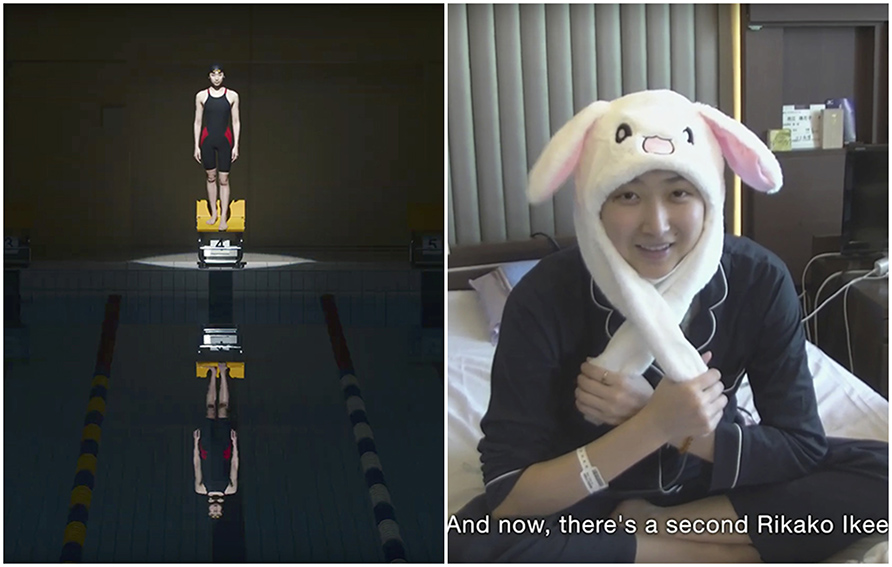 The borderless approach taken by SK-11 is becoming an industry trend due to the impact of Covid-19 on the way agencies now work.

“I think lockdown forced us all into a more borderless mentality, with all of us working virtually even within our own borders,” explained Drew. “It’s shown us all that geography really is irrelevant – even if zoom-o-rama has its own issues.. Within GREY I’ve been fortunate enough to work on a number of truly borderless projects, often working with teams in 4 different time zones.

“A great example is this ongoing project with SKII that included hand-picked talent from across WPP. Working with Nathan and Katie (account and planning) out of London, powered by the account lead Siddika and creatives Sudhir and Ashley in Singapore, closely followed by San and Shoko (Production) in Tokyo. Also backed by Ken and Team at Grey Tokyo – we had many, many long hours lost and found in translation.

The team was working with Japan’s leading competitive swimmer, Rikako Ikee and a Palm d’or wining director Hirokazu Koreeda shooting a film that followed Ikee over many months.

Said Drew: “All of the meetings, negotiations and shoots that would normally be done in person – were all done online. One 12 hour shoot we spent entirely on remote feed, with Ken in his office and me in my back garden on my laptop. Through an orchestration of Whats App, WeChat, Teams and Google Docs we really made it work – but it’s all down to how brilliantly organised and together the team has been, they made it happen. The film launched at the start of April and the reaction, especially in Tokyo, has been incredible – every major news outlet has covered Ikee’s story. It’s quite amazing how quickly how normal this way of working has become, I think we’ve all developed skills that we now deploy locally.”

For Mitani this was the first time he had worked with Drew.

“The SK-II team that I’m working with now, is a team with professionals and experts that span different continents all coming together on the production. When selecting production teams, we did not limit ourselves to just the advertising industry. We started off by creating out-of-the-box ideas, and further realizing it through unconventional collaborations. An example would be the collaboration with award-winning director Hirokazu Kore-eda, who depicted the miracle journey of Ikee’s comeback.

“This time round, we are seeing it as a piece of work/craft, rather than just plain advertisement, which is also another borderless approach that goes beyond the framework of advertising. The unusually long digital content, the trailer-like teaser expression, and the uncompromising cinematic launch succeeded in changing consumers’ mindset from “this is just another advertisement” to “I need to see more of this work!”.

Mitani said a collaboration between the Japanese master filmmaker and an overseas team meant language, cultural background, social conditions, national sentiment, cultural nuances all tended to be difficult points that can cause differences in perspective and understanding on a project.

“In such cases, onus is on the Japan team to communicate the ideas and insights by reinterpreting them from a Japanese perspective. This was all made possible because we are a borderless global team,” said Mitani.

“Through this collaboration, once again I was able to discover the value of working for a global company. I feel, the exposure to other creatives, their way of working and their point of view is experience hard to come by if I was not in a global agency such as GREY. It’s a multi-faceted approach to creativity which adds great value to the final work.”

Drew and GREY Malaysia have been enjoying a tremendous past 18 months with both award show success and business success.

“The team have had a really great year, but it’s not come quickly or easily, this is the result of a five year plan that Irene Wong (CEO) and I put together in 2015,” said Drew.

When he first came to GREY Malaysia things were tough – they had to really reboot and that included no attempts at any kind of awards for the first two years until they had steadied the ship and got clients and staff in a good place.

“Credit to everyone, we stuck together and things got better, we won clients, did good effective work and we kept the clients,” explained Drew. “I’ve made more mistakes than I can count, but learnt even more. One thing I realised is that we simply don’t have the capacity to shoot for the moon all the time – that 90% of hard working work, that keeps the lights on, has to always be the priority. But that 10% – that needs to be as ambitious and audacious as you can make it, it requires constant effort, but no limits. It’s vital to me and my team to know that there is always a north star to shoot for and everyone can have a crack at it.

Fast forward to 2021 and we’ve won something at every major International award show and my creative team have some things to be genuinely proud of to put in their portfolios. It creates an appetite across all staff that raises the bar, we all know that work can be better, but we can see we are all capable of it.”

Drew says GREY Malaysia now has a great list of local, regional and International clients that cut across the Grey network.

Carlsberg is a great example that he cites: “Two years ago I was invited to join a group of other ECDs from around the world to a workshop in Copenhagen. As a result of that we were invited to pitch for the Malaysian work and now have been working with Caroline and her fantastic team at Carlsberg Malaysia for a couple of years. It’s a great relationship that has seen us work on some inspiring local projects, from redesigning their packaging for festive occasions, to Adopt-a-Keg – a digital project that went global during lockdown and was one of Contagious Magazine’s Top 20 ideas of 2020.”

GREY Japan, and Mitani personally, have also enjoyed an exceptional past 18 months.

With more than 30 years of history, the JAAA Creator of the Year is one of the most prestigious individual awards in the Japanese advertising industry. It is awarded annually to the advertising agency’s most outstanding creator judged across their creative work from the past year.

“GREY Tokyo’s current ECD, Masanori Tagaya received this award in 2012, and now I am also honored to be included as a recipient,” said Mitani.

For the judging process, creatives from all agencies come together and judge the entries based on the submitted entry videos and presentation boards. One or two Creators of the Year with the most votes are then selected, and the Top Ten are named medalists.

Mitani was a medalist based on two pieces of work for SK-II and Pantene. SK-11 “This is me” was directed by the award-winning Hirokazu Kore-eda for SK-II Studios.

VIEW THE THIS IS ME FILM 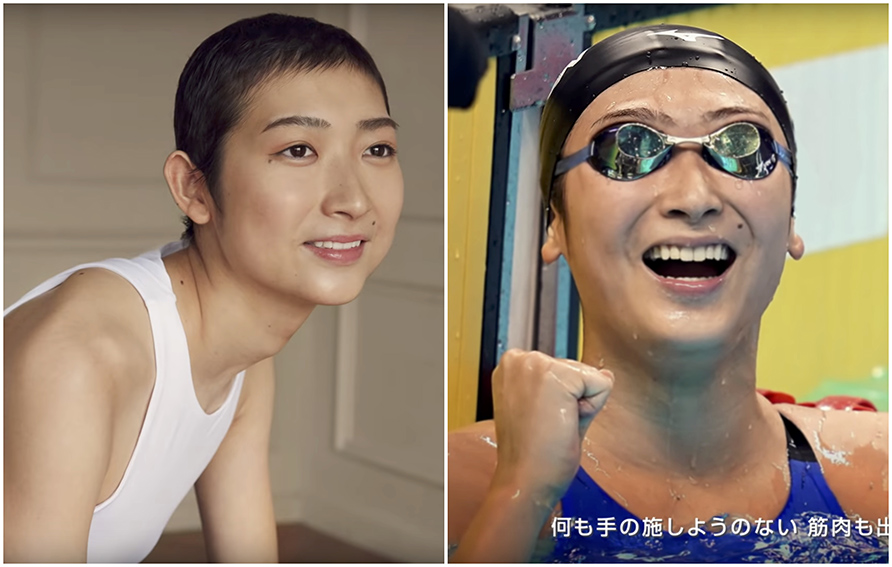 Mitani explains: “This is the first in a series of collaborative content with Japan’s leading competitive swimmer, Rikako Ikee. Ikee is a top athlete who was expected to win a gold medal at the Tokyo Olympics. But in February 2019, she was diagnosed with leukemia and began on her arduous medical treatment. Her story is included as part of SKII’s #Change Destiny campaign. By taking off her wig and revealing her short hair, she demonstrated to the world that, the determination to accept oneself is the first step to changing one’s destiny.”

“Initially, we planned on rephrasing the text based on the rough recording that we took from the initial interview and have her read it again as a narration. But the rough recording was so lively and vivid in showing her true feelings, that we decided to launch with this instead. Since then, we have been working on her content, avoiding and doing our best to not just convert her message to a brand message, and we then went on to the process of editing with her raw recording.

“As a result of the campaign, we have received overwhelming response from the public, where many people were able to empathise with her. Recently after the Japan Swim 2021 we got the news that Rikako has successfully qualified to compete at the Tokyo Olympics. She has truly demonstrated that “Destiny is not a matter of chance, but choice”, what a truly amazing achievement which brings hope and courage to so many.”

Hairy Tale’ for Pantene uses a combination of animations and photographs to create content that resonated with young children and moms with babies. Even today, the project continues to produce picture books for distribution to kindergartens.

Mitani said: “The film is about encouraging people to express their true selves and to take the first step towards being who they really want to be and being accepted for whom you are. It questioned the definition of “normal” in society and emphasized the importance of loving your individuality and the happiness that comes to the people who have the strength and support to be able to do so.” 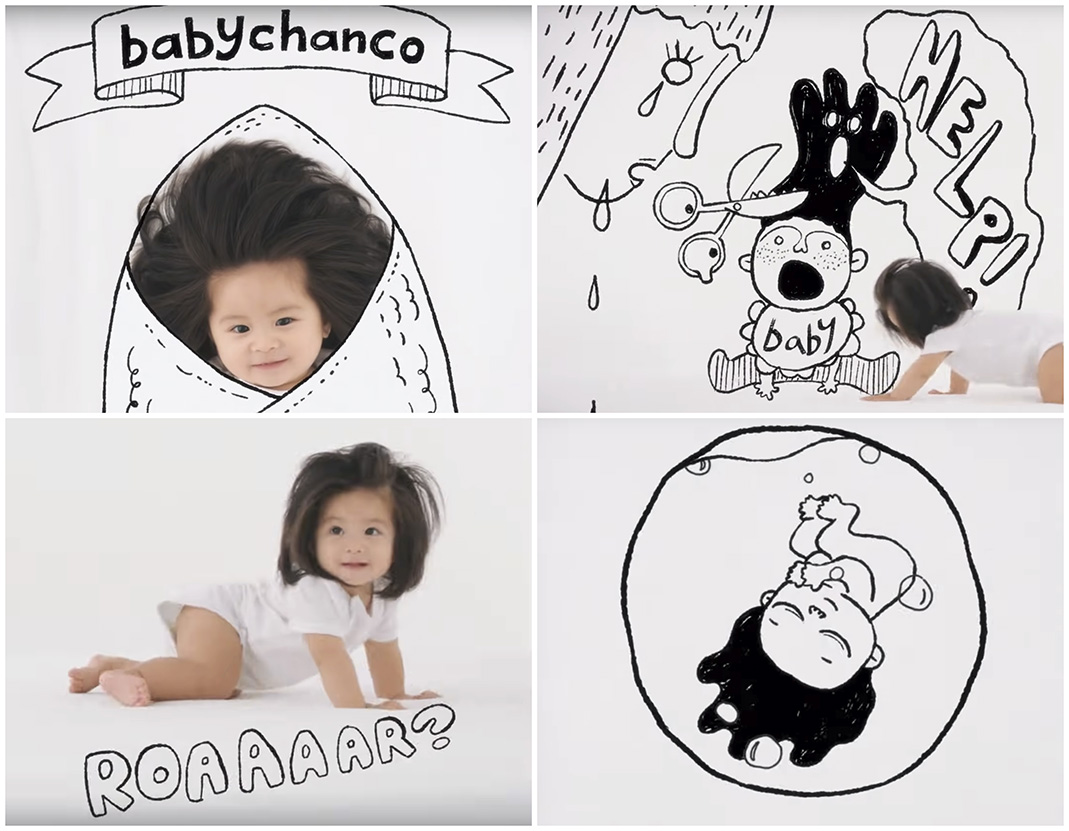