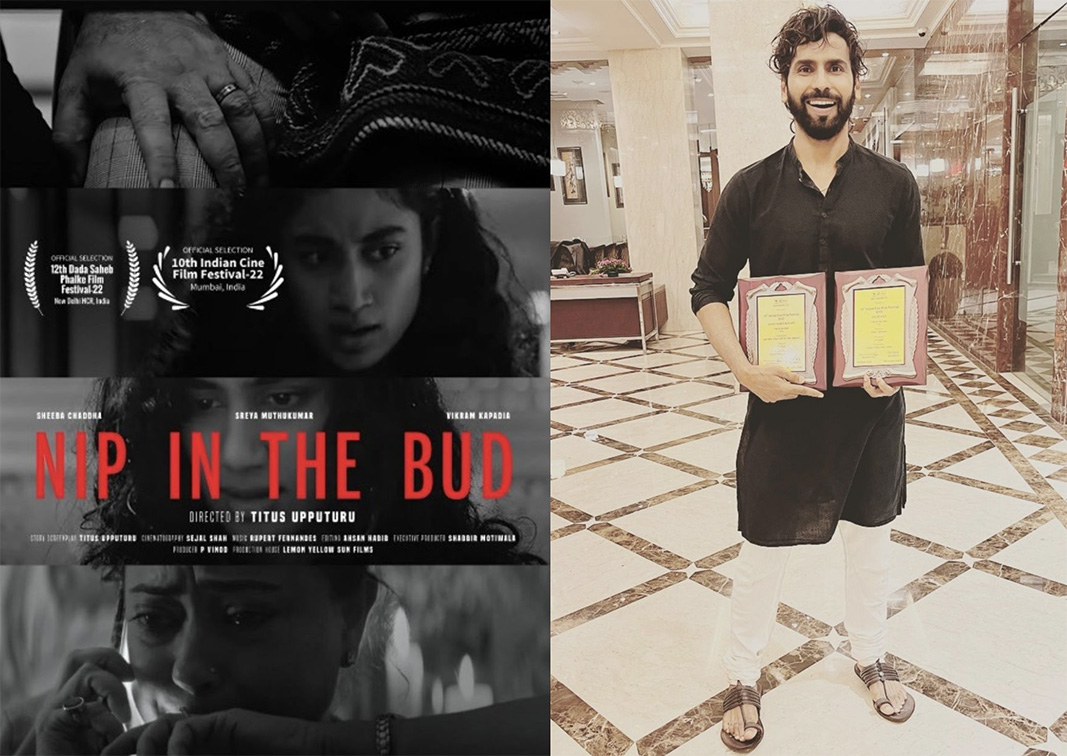 Titus Upputuru who has written the screenplay and directed the film, said he was thrilled with the recognition: “I thank God for these awards and dedicate them to every voice that had the courage to share the abuse that happened at their workplaces. I am also glad that a film like this has been recognized and awarded at so many award shows as I believe that voices like these influence, inspire and contribute towards rooting out this very diabolic, sickening culture from our society”

The disturbing film goes into the power corridors of a company to show the subtle act of dominance. The film shows a young woman meeting business tycoon for a job interview. The man intrudes into her personal space and begins to touch her awkwardly all the while talking and smiling to her. At first, the young woman gives him the benefit of doubt that perhaps he was treating her like his daughter. Until she begins to feel increasingly uncomfortable with the way he takes liberties by rubbing the back of his arm against her chest and placing his hand on her thigh. She looks shocked and makes a quick exit.

On her way out, the man threatens that she would not make a career with that kind of attitude. The young woman goes into a café and takes to social media to share the experience. The film takes a twist when we see the post being read by a woman, realising to her horror that it was the same man who abused her years ago. A photograph on the mantle reveals that the two women were related and happen to be mother and daughter. The film ends with the message ‘If you are delaying, you may be encouraging’.

In April this year, ‘Nip in the Bud’ was also awarded the prestigious DadaSaheb Phalke Award.