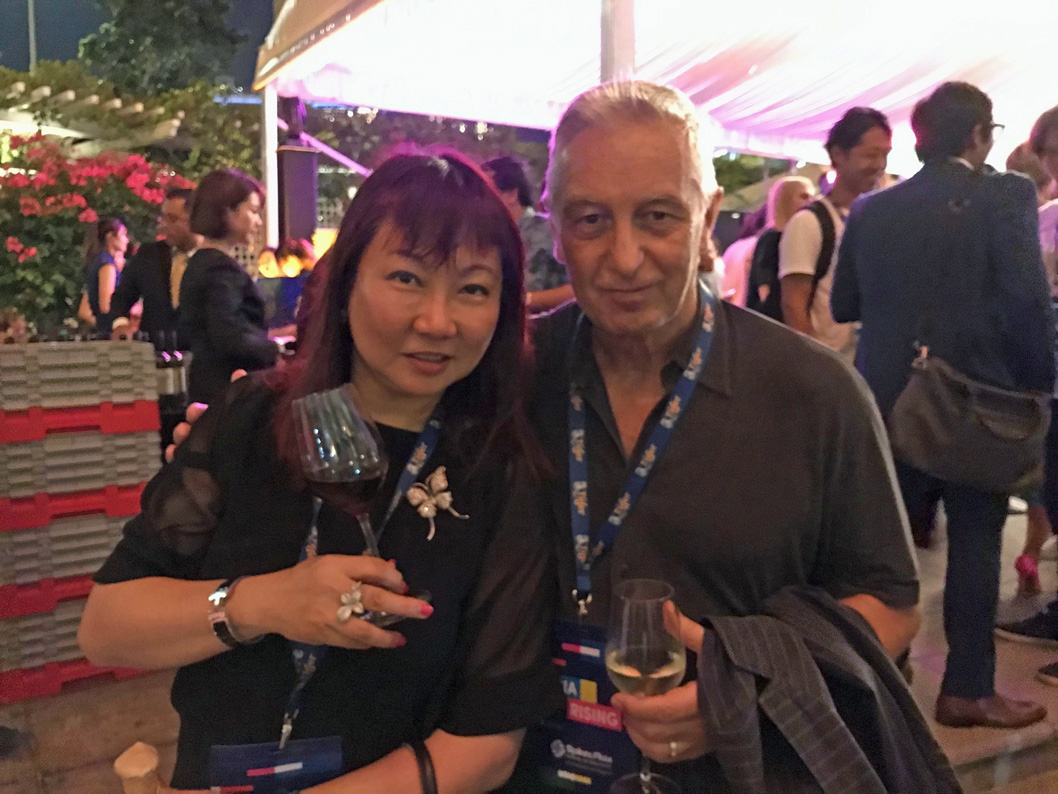 Well seeing as the awards were presented last night, and the winners are now on show, there’s not much more for me to go into but leave you with some final meanderings and a summary on what I saw and experienced.

I did manage to get a bit more time for a natter with some people on the last day. There weren’t too many folks from Hong Kong around so I was pleased to bump into Eunice Wong, Chief Growth Officer of Ketchum in China (her job is to make sure people are actually getting taller).

Eunice had been judging in the PR category, which ordinarily wouldn’t get too much time of the creative radar, except these days, what with multifunctional and diverse categories, interesting work pops up in the PR entries. I was particularly interested in the Young Spikes for PR, Eunice said that creativity accounts for 50% of the score. The young people get a regional brief, and, the value of ideas in attracting earned media is a key aspect of what they’re judged on. Her thoughts were “It was amazing to see how universal the ideas were, going beyond the limitation of language and cultural differences”. Good work there, in a category we may not always pay too much attention to at Spikes.

I also met Pierre Loo, who blow me down I didn’t know resides in an office 10 minutes away from my own, so we’ll definitely be catching up in future. Pierre is ECD at McCANN Health for China, based in Hong Kong, and was heading up the Healthcare jury. Pierre is no stranger to Cannes and I was asking him what he felt was the difference between the two shows. The answer being diversity, in the make-up of each jury and also in the way that Spikes is a chance for some deeper, more culturally rooted work to get a chance to be judged thoroughly. Ideas that might not always get a fair showing with an international show. But he also echoed something which I got from some others, and that there was a bit of a misunderstanding of what the Healthcare category was about and what should or could be entered.

Having said that, and now seeing the winners from last night, as this is Spikes, creativity absolutely was the focus, and it can’t be compared to traditional healthcare advertising shows (where the judges are doctors and nurses…just kidding, don’t get excited).

Finally also did get a proper chance to sit down with Ma Yan, who this year was in charge of the Direct jury. No sooner had we sat down than he pulled on a Manchester United jacket, which completely threw me off and made it very difficult for me to continue, being a Gunner myself. But anyway, I asked him if he feels United will ever recapture their former glory years as under Alex Ferguson, and he seemed to think those days are gone. Despite the sincere efforts of Ole Gunnar Solskjaer, the current manager and United legend. Well both of us are in the same boat there, so we were left to reflect on the good old days. I forget what we talked about after that because I was feeling a bit melancholy.

Bumped into a few other familiar faces and I have to say that the networking is totally a brilliant aspect of being here. Seeing the regional community. I will also add that what was also great to see this year was the new generation coming through from even more countries than ever. Really bodes well for the future.

So, pre-ceremony sunset drinks were in order before the main event, which was followed by the usual after show party where:

– Everyone chills out, mingles, munches on snacky type stuff and generally reflects on what won and what might have been.
– Those individuals wearing interesting hats walk around a bit to make sure that as many people as possible did get to see their hat.
– A booming sound system gets underway with a DJ blasting out generally nondescript techno and big beats to which, after a few glasses of wine the 40 and 50-somethings from Australia are the first on the dance floor, recollecting fond memories of dancing to Madison Avenue way back in the day.
– A good time was had by all.

I just want to sign off by saying what a delight it was to see winners coming from more countries than ever before, it’s really heartwarming. Countries like Sri Lanka, Pakistan, Mongolia. The creative community is getting bigger, not smaller. It would have been nice to see Hong Kong being a bit more represented, but maybe everyone there is busy right now.

Congratulations to all the winners. Great event, see you around folks. 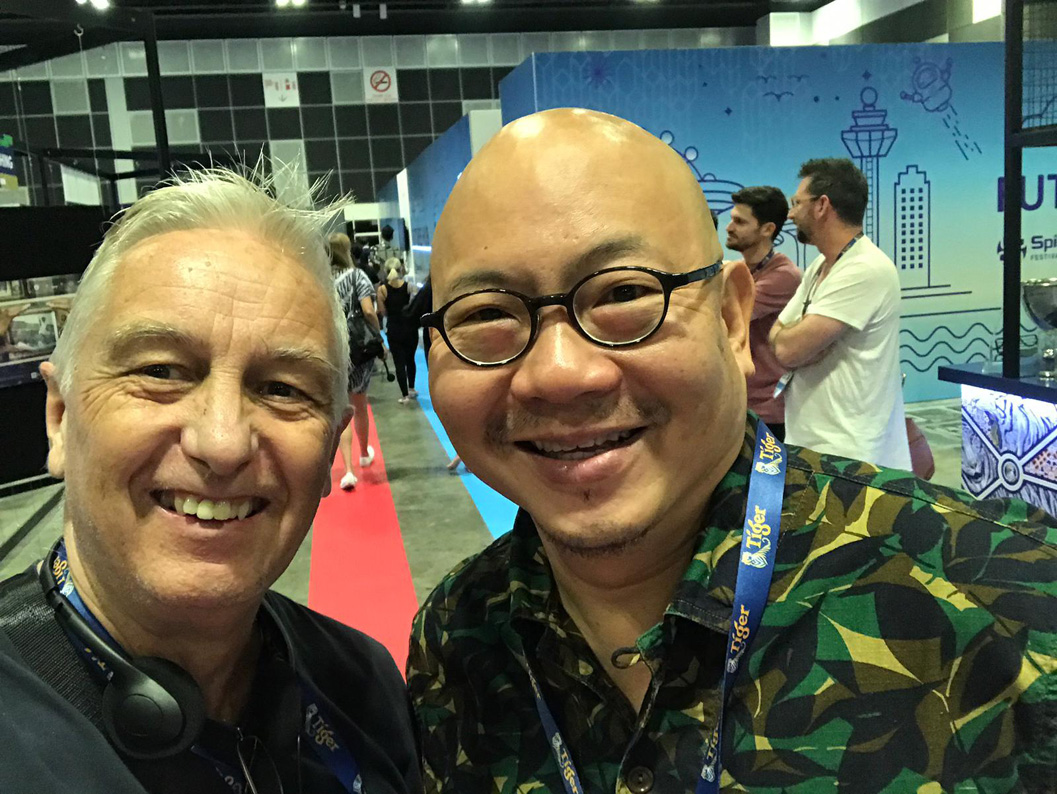 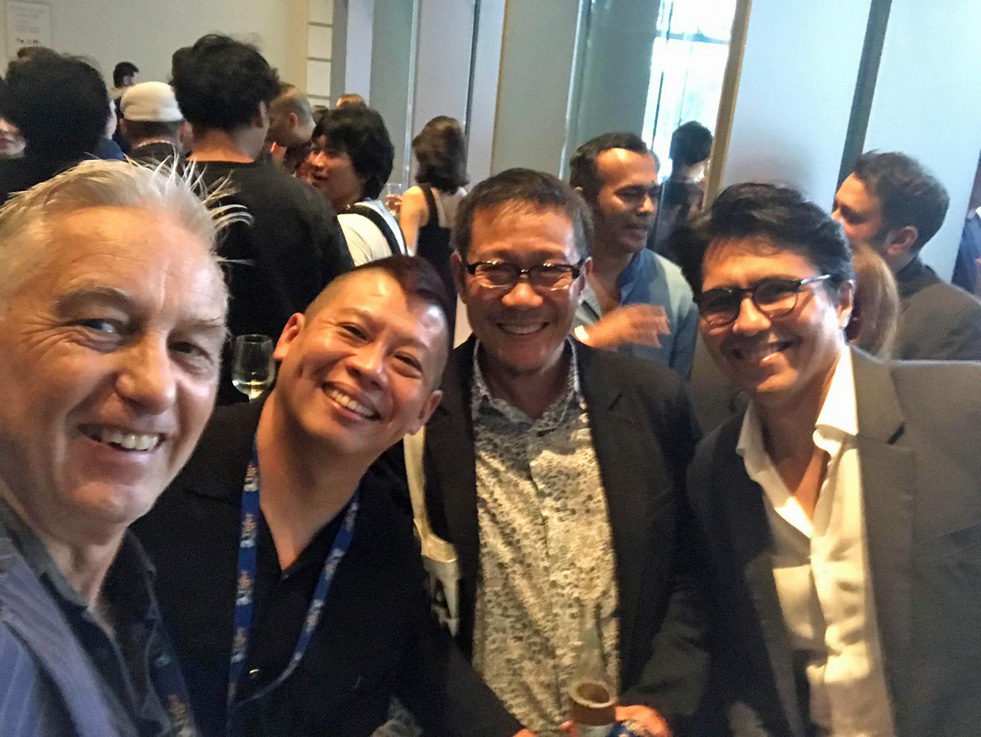