Ad Stars Jury 2020: BBH Singapore’s CCO Sascha Kuntze on his career and goals for the agency 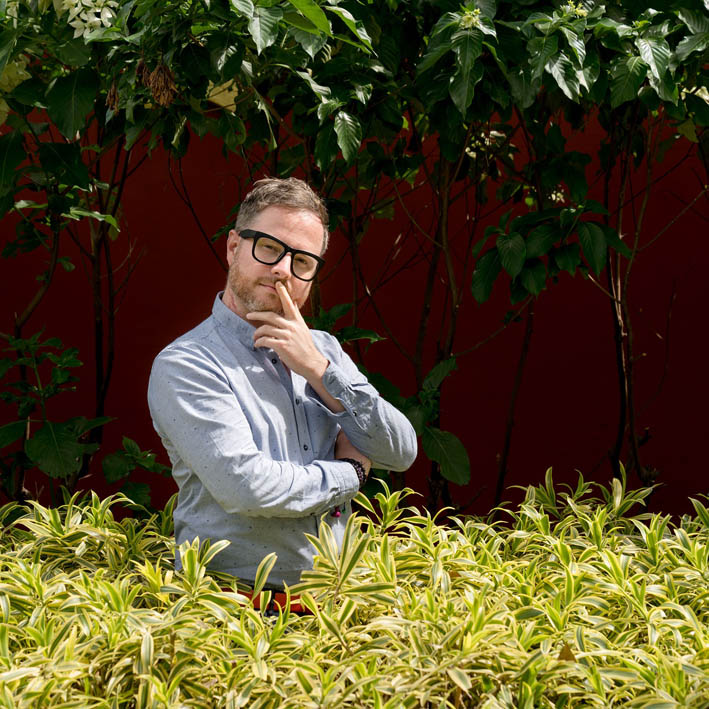 It’s been one year since Sascha Kuntze stepped into the role as CCO at BBH Singapore. He discusses his goals for the agency, judging AD STARS 2020, and why diversity and inclusion are big on his agenda.

One year on, he’s bringing an entrepreneurial, audience-first approach to BBH Singapore with several branded entertainment ventures in the pipeline. Last month, Riot Games appointed BBH Singapore to support the global launch of League of Legends: Wild Rift. The agency will develop the launch strategy, player journey and creative platform. Kuntze has won over 350 awards at all major award shows, in every category. He spoke with Campaign Brief Asia about what’s in the pipeline at BBH Singapore…

You moved from Dubai to Singapore in 2018. Were there any surprises, culturally or creatively, when you arrived?
Every part of the world is flavoured by its culture, which makes this planet so exciting. Dubai is a multicultural hub where I got to know the world without having to step outside: 80% of the people there are foreigners and I met people from countries I hadn’t even heard of before (really!).

Despite its international population, it is centred in the heart of the Middle East and Arab culture. It’s a culture that likes to mingle and haggle. Every project was based on a conversation, and every conversation was built on trust and that trust you had to earn. Nothing was anything set in stone. Everything was fluid.

The first thing I recognized when I moved to Singapore was a different mindset around structure, rules and predictability, which are all valued very highly here. I’m fascinated by differences like that. It fuels me.

What changes have you made as CCO and what’s your focus for the year ahead?
We’ve had great momentum from the start. BBH Singapore is a place full of incredibly talented people. My role is to make sure everyone gets the opportunity to contribute and make the agency their springboard to greatness.

The pandemic wasn’t in the plan and we had to adapt a little. We’re over indexing on our entrepreneurial behaviours now and that’s great. There’s a fresh drive to innovate and to write/code the next chapter.

You have been driving brand-funded entertainment at BBH Singapore. Are there any interesting projects underway?
Everything we do is focused on the audience. So, it comes naturally that we ventured into a space where the audience would actually pay to see what we create whereas they usually pay to avoid what agencies normally do. We’re about to launch a new entertainment platform in the form of a mobile app that has many roles for brands to play. But it’s a platform we launched as an agency because we see so much more potential than if we did it just for one brand.

We’re also in talks with some big-name producers in the US about a series. And we’re constantly experimenting with relatively new platforms like TikTok to drive forms of entertainment. A lot is happening, which is exciting.

You began your career making crime series for German television. How has this shaped you as a creative, and why did you leave the film industry for advertising?
I first got into film because I love watching films. So it seemed like a natural fit to do what I love. But it’s more than that. Real satisfaction comes from when your audience loves what you do. It’s addictive. I got into advertising through some random circumstances but I noticed how quickly you could create something compared to the film industry. That meant I could get to the audience quicker. That was amazing.

Having been in advertising for over a decade now, it continues to baffle me how much we still talk about the brand and product sometimes and how little about the audience. With my background I very much have an audience first approach to everything. If no one shows up to see your film it doesn’t matter how great you think it was.

Before moving to Singapore, you spent 10 years growing Ogilvy Dubai into a creative powerhouse. What was the biggest challenge you had to overcome in turning Ogilvy Dubai around?
The understanding of the value of creativity. In the Middle East, the business model for agencies since the beginning was: sell media and give away the creative for free. When I moved there that model didn’t exist anymore but it explained the state of creativity in the minds of marketers and agencies. It took a good portion of naivety, resilience and determination to show how more creative ideas would make a bigger impact, lead to more fame and new business. As our clients started to see the impact on their bottom line, everything transformed. That took a few years but it started on day one.

It is an interesting time for big tech companies. Do you think they have a responsibility to stop the spread of sexist, racist or extremist views – and what can advertisers and agencies do to use their influence in positive ways?
I believe that every individual in a society is responsible to make it a place where there’s room for everyone. That’s not just the responsibility of big companies. But the big tech companies have changed the game when it comes to share of voice. A lot of opinions and also ‘alternative facts’ are now over or under represented in proportion to what they actually would be, meaning that we now live in echo chambers and see a rapid spread of beliefs like never before.

Up until today it was a no-no to shoot the messenger. Because the messenger was that impartial person delivering news from one person to another. But when there are companies that are profiting from spreading opinions disproportionately, when hate and lies take over, then I’m very much inclined to say we should start thinking about shooting the messenger. In other words, we need to hold companies accountable for enabling misinformation at large in order to profit.

Advertising is guilty of perpetuating stereotypes about gender or race. What is BBH doing to address this challenge?
Singapore is a very multicultural society. The work we do is also regional and global. So we’re naturally very conscious of diversity. It fuels our work. It colours our office. And it should also be reflected in our work. Diversity and inclusion are big on our agenda. We conduct regular bias training and we have formed a strong team around it to keep it top of mind in everything we do. There’s a reason we have a best-in-class maternity policy, for example. Much better than one of the big tech companies we were talking about earlier which everyone praises for their benefits…

Do you have a process – is there a way you work through a problem?
Did you know that our gut (the nerves in our stomach and spine) can process information at 400,000 times the speed of glass fibre internet? While our conscious mind can only do that at the speed of the internet in the late 90s? That gives you an idea of my process. Everyone’s really…

What are you currently fascinated by? Do you have any nerdy obsessions or pop culture discoveries?
I recently started watching Hot Wheels car races on YouTube. With a professional sports commentator talking about the race making it as interesting as any professional sport. So good!

You judged the AD STARS 2020 Awards. What did you think of the quality of entries overall?
I was surprised to see very little covid work. It shows a lot of agencies are very busy with themselves right now, and you can’t blame them. I still believe that now is the time for the industry to do the exact opposite: it’s time to be bullish and more entrepreneurial and braver.

What I love about AD STARS is that it’s a not-for-profit and also just the fact that it is hubbed in Asia, which gives agencies in this region a bit more confidence to enter their ideas. Not every big international agency wants to enter, and that’s actually good, because it allows regional agencies to shine a bit more – that’s the whole point, it helps to set new benchmarks.