London International Awards (LIA) has released the list of winners for their Chinese Creativity Show. In 2017, LIA established the Chinese Creativity Show which recognizes world-class advertising ideas conceived, written, produced and released into the marketplace in one of the world’s most prominent languages – Chinese. It has become the global benchmark for Chinese creativity.

The entries, in their original language Chinese, were judged by the highest-caliber panels of the world’s top Chinese-speaking creatives. Jurors from China, Taiwan, Hong Kong, Singapore, Malaysia, Indonesia, Thailand, Korea, Japan and the United States well-versed in Chinese creativity spent countless hours reviewing and discussing all the entries and, in the end, selecting the work that will take home the coveted red LIA Statue; Gold, Silver and Bronze.

Wilson Ang, Executive Creative Director at Wunderman Thompson, Hong Kong and Chinese Creativity Juror for Social Media & Influencers, said: “I was honoured to have judged the first LIA Chinese Creativity in 2017. Over the past 6 years, it’s great to see how the entries have been setting new standards year by year, and how the award is recognised as a true record of Chinese creativity today. Some of them are bizarre, some are more corporate, but the one thing about pretty much every piece of work is the cultural resonance. Unfortunately, this has forced the judges to be a lot more demanding.”

The awards are judged on the relevance of the brand, as well as, the execution and completion of the work. In addition, the entries were judged according to the professional criteria of the specific category in which they were submitted.

After sixteen days of online preliminary judging, with every juror seeing every piece of work in their respective category, the jurors went on to the final judging. Each jury, along with their President, convened virtually to discuss and debate thoroughly before deciding on the Winners. This ensures that all the entries in twelve categories were judged equally through careful deliberations and robust discussions.

Natalie Lam, Chief Creative Officer at Publicis Groupe APAC & MEA, Hong Kong and Chinese Creativity Digital Jury President, said: “There is no “one size fits all” way to look at Chinese creativity, as the culture is so deep and diverse. On top of that, the digital landscape changes at breakneck speed. As a jury we were happy to see some interesting pieces of work that address deep cultural beliefs/pride/ challenges with modern, “digital” solutions; the winners reflect that. At the same time, we were also a very tough jury knowing how important and real “digital” is in the markets and our daily lives, so we look forward to even more great work next year!”

DDB China led the points tally achieving LIA Chinese Creativity Agency of the Year. They attained this honor by winning three statues, one Gold, one Silver and a Bronze. 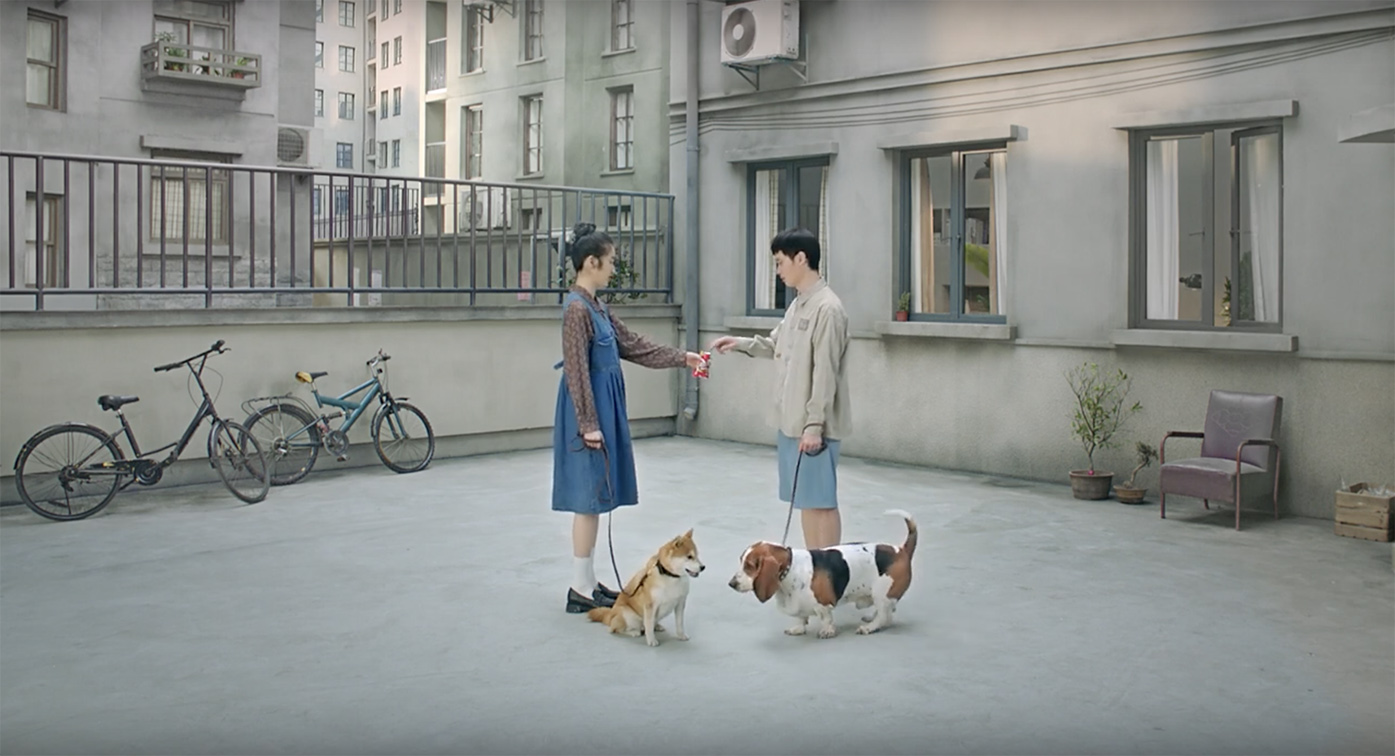 Awing Chen, Executive Creative Director, DDB Shanghai & Guangzhou: “In the most routine and uninteresting days, Skittles’ ads will take you away from reality for a brief moment of joy. In a world of absurdity and dysfunction, Skittles is a sobering, soul-searching message that will catch you off guard and make you smile. From the team to the client, we experienced the ultimate emotional release on our journey to find Skittles’ creativity. Everyone was caught up in the humor of the five colors and five flavors of Skittles and couldn’t help themselves. That’s the best reward and payback for creativity.”

Richard Yu, Greater China Chief Creative Officer at ADK Taipei and Chinese Creativity Evolution / Integration Juror, said: “It is a great honor to serve as a judge for LIA Chinese Creativity Show, the only global award that awards the work completely judged in original Chinese-language. We had a very free and sufficient discussion and interaction during the judging, to make the most outstanding Chinese creative works shine. It is a very pleasant and valuable judging experience. Since the number of Statues awarded was extremely limited, the competition for entries this year is very fierce, the winners are pure gold. Among the winners, I’m crazy about the work called “Acronym the Rainbow Taste the Rainbow”, the only gold awarded piece in the Integration category, it’s a very breakthrough and impressive brilliant piece. From the start, a very simple and fascinating idea breaks through under the restrictions of a specific media environment, to engage the attention and go viral on social community, every touch point is closely linked with the core concept/brand, demonstrating that the campaign amplified its effectiveness and strength successfully through the excellent creative integration.”

Mountains Brand Marketing & Consultancy, Shanghai won three coveted red Statues; one Gold, one Silver and one Bronze. Points from these wins attributed to them being named LIA Chinese Creativity Independent Agency of the Year.

• Gold in Creative Use of Marketing Effectiveness – Corporate Image for P&G titled “Resume from the Past”
• Silver in Evolution – Brand Action for Bookseller JD, Retrieves Unread Books
• Bronze in TV/Cinema/Online Film – Entertainment for Bilibili titled “Set Off Fireworks”

Sun Tao, Mountains Co-Founder & Chief Creative Officer, said: “In the first year of Mountains’ existence, we are honored to receive the precious honor of “Black Angel” for the London International Awards Chinese Creativity Show. We always believe that a good strategy can help a brand grow, and a good idea can change something in this imperfect world. We are honored to walk together with excellent partners from different companies in this era, and use the power of creativity to change those prejudiced views, wrong behaviors and shallow perceptions. We work hard and hope to make this world a better one!”

W Wilddog Co Limited
• Silver in Branded Entertainment – Online Content for Meituan titled “A City, Taking Care of Somebody for Me”

Wendy Chan, Chief Creative Officer at Edelman China, Shanghai and Chinese Creativity Social Media & Influencers Jury President, said: “The work in the Social Media & Influencer category is getting more and more mature. There is a lot of good work for us to discuss. ‘REmemory’ is a very surprising case for us. The forgotten clothes of a laundry shop become part of nostalgia therapy to those who are suffering from Alzheimers. For Skittles, to connect with GenZ, instead of showing a GenZ voice out their attitude on a skate board, they choose to play with them by using their language. Through resonance, interaction, and having a meaningful role to the society, the above two cases undoubtedly have creative light and bring earned media. Hope next year we will see a Gold!”