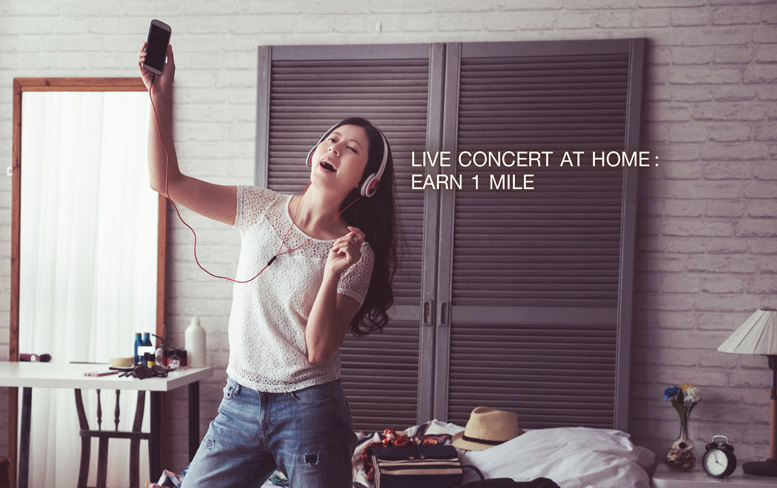 Levi Slavin, chief creative officer at Colenso BBDO, New Zealand was an executive judge at the AD STARS 2020 Awards, he says: “Overall, we did get a sense of the power of creativity through the work we judged this year. As a tool and weapon, applied properly, creativity can solve anything.”

Due to coronavirus travel restrictions, the Final Jury voted on winners remotely this year. Slavin explains: “The process was more difficult than people might realize, but nobody on the jury once said, ‘Let’s not do this.’ Everybody felt it was critically important to celebrate creativity and its power. Any metal awarded at AD STARS this year is a career highlight – all winners should be very proud.”

Says Valerie Madon, chief creative officer, Asia at VMLY&R also joined AD STARS 2020 as an executive judge. She says: “It’s really exciting to see that some of the best works this year came from markets like the United Arab Emirates and Sri Lanka. We see more culturally relevant work getting recognition for being insightfully inspired: the impact is clear, even if the executions can be simple.” 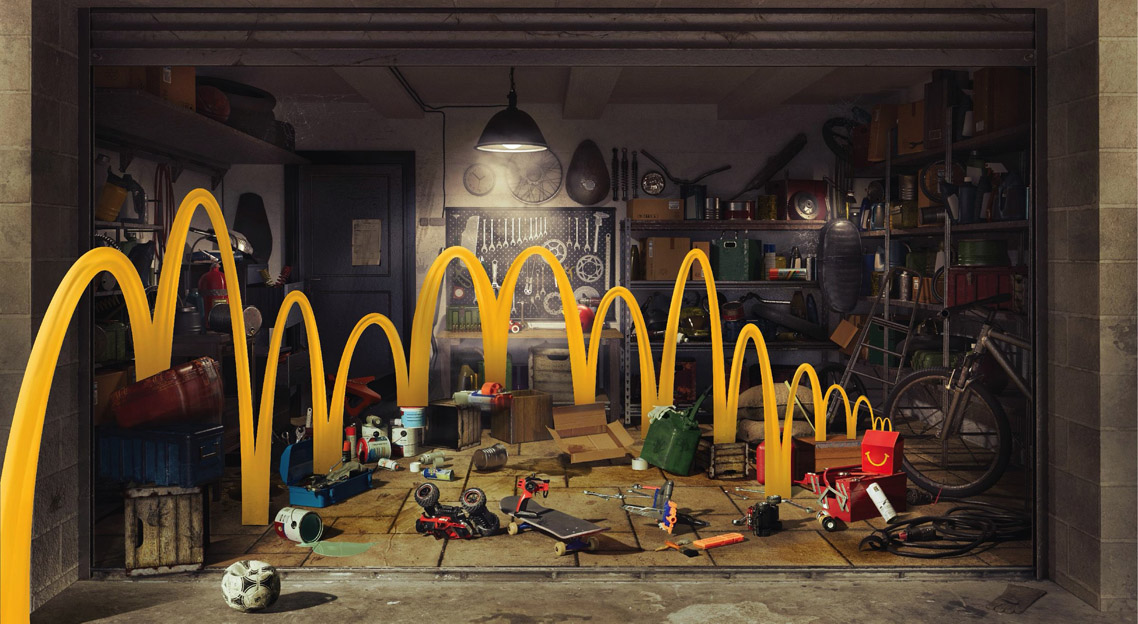 Says Kuntze: “We saw a lot of interesting, fresh thinking, but we were missing that one true breakthrough.”

Says Sascha Kuntze, chief creative officer, BBH Singapore: “This campaign is such a fresh way to take something so mundane as a delivery app, and play with internet culture to invite people to find something. I know how hard it is for any restaurant, especially a QSR (quick service restaurant), to change their product. This stood out because it was driving business, it was cheeky, gives people a reason to talk about you and lasts longer than one day or one week of PR.”

Says Kuntze: “To me, Mobile was the strongest of all the categories we judged. The winners show that the industry needs to be mobile-first. If you have an existing app, why not use it in an interesting way; what else can you do with it to drive engagement? Swipe Night and KFC Secret Menu both do this well – it’s really smart and something to focus on more in mobile.”

Says Kuntze: “Usually, data insights involve a lot of numbers. With ‘The Unsaid’, it is about stories, and using them to get a point across. It’s just very engaging and a smart way to get a lot of engagement with very little investment, simply by taking stories that are out there and packaging them in an interesting way. As for ‘Your Plastic Diet’, I had seen this organically outside of our advertising bubble, so it clearly worked, which is great – that’s the whole point of what we do, so well done.”

Kuntze says: “AD STARS allows some of the smaller, lesser known markets to shine with their thinking and work, and I think some of the Gold winners are testament to that. ‘Please Arrest Me’ is clever, cheeky, and very provocative and brave for the region, which doesn’t usually do well with provocative work. ‘Lonely Rambutan’ is a really cheeky way of getting an old-fashioned product out there and repackaging it for the modern world and making it sharable. It’s not just a one-off idea but something that actually works.” 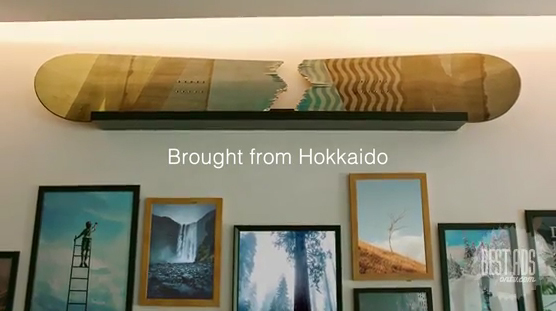 “Next 100 is a film that creates value in the experience beyond the screen. The production craft of the film is exceptional. It reminded me of the power that one piece of visual expression can have to move mass markets and entire nations,” explains Takahiro Hosoda, executive creative director at TBWAHAKUHODO and a Final Judge of the Film & Video Stars categories.

“Dinosaur VS Unicorn brings a simple idea to life through production craft particularly, leveraging the CGI to the level of a feature film,” says Damisa Ongsiriwattana, co-founder/executive creative director at Sour Bangkok, who also judged this category.

In the Video Stars category, two Golds were awarded to R/GA Shanghai, China for ‘Nike Dark Horse’, created for the Nike Run Club; and FCB India for ‘The Punishing Signal’, created for Mumbai Police.

Says Hosoda: “The AD STARS Awards focus on creative diversity and the importance thereof. It’s meaningful that the creative is authentically local, while having the power to resonate globally. These two pieces were great examples of that. They delivered truly local messages, while also embodying universal human truths.”

Ongsiriwattana adds: “The Punishing Signal reflects the culture and context of India. The idea is also simple enough to change consumer behavior, more or less. Finally, the storytelling execution is so entertaining.”

In Design, the Grand Prix was awarded to Dentsu Inc., Japan for ‘Pocky THE GIFT’, created for Ezaki Glico Co., Ltd.

Fabio Caveira, senior creative / art director at OPPO China, led the Design & Print categories as executive judge. He says: “This category showed the strength of design on the Asian continent. The Grand Prix combines simplicity and incredible beauty and was a unanimous decision of the jury.”

Says Caveira: “I think what characterizes both Grand Prix campaigns is the simplicity of the idea and being connected, most of the time, to people’s reality: you can see yourself in the situations shown.”

Says Slavin: “I think ‘Pivot’ is a wonderful idea for a category. It’s obviously very timely given the current state of the world, but it shows how agencies can mobilize any organisation to be able to ‘pivot’, which should be best practice for the industry.”

Pancho González, chief creative officer at Inbrax in Chile, also judged this category. He adds: “‘Thai Stay Home Miles Exchange’ knew how to understand the current context and use it to its advantage, in a very natural and organic way. The airlines have always invited you to fly and for one to do the opposite is simply positive, especially if we are in a pandemic.”

Geumbyul Bae, group creative director, Innocean Worldwide, Korea: “This idea has made the entire nation a potential customer, and it treats the coronavirus more cheerfully than any other work. The idea of turning a crisis into an opportunity with very simple and minimum cost – that is the main point of judging the Pivot category, and also the role of the advertising industry in post-coronavirus era.”

In Public Service Advertising (PSA), there was one Grand Prix winner: Serviceplan Korea’s ‘Dot Translate – The First Braille Translator Based on AI’ for Dot Incorporation.

Says Slavin: “One campaign that I was very excited about was ‘HackYourFuture’. This was such an elegant way to address the bias that refugees face when seeking employment. The agency turned the source code into incredible imagery to tell the story of the coders behind the site. It’s the perfect delivery of a simple idea.”

Says Slavin: “No matter where you’re from, you can look at this campaign and understand it – even though it is absolutely tailored to a particular audience. It shows the power of having a well-understood audience. Campaigns like these absolutely do travel: it can be even more powerful to focus your ideas on particular communities.”

Says Slavin: “‘The Unsaid’ is such a delicate and well-understood campaign, it feels like it’s coming from the audience itself. Avatar Robot Café is also a lovely idea: the agency came up with a way to provide mobility through these little robots, it’s very sweet. For me, Diverse Insights is one of the most important categories at AD STARS. Instead of doing homogenized work to communicate with global audiences, championing Diverse Insights becomes a conversation between a brand and its customers no matter where they’re from. It legitimizes and honours their environment. It is a wonderful category to judge, and the winners should all be very proud.”

“I loved this idea and I loved the experience. As effortless as it looks, we shouldn’t underestimate how hard it must have been to make this a permanent fixture in Street View. It is an idea I genuinely wish I’d done,” says Slavin.

There are no Grand Prix or Gold winners in the Place Brand category this year.

Adds Slavin: “This is a lovely use of data and experience. By using real climate change data to recompose the ‘Four Seasons’ symphony, it makes a profound statement about the impact of humans on the environment in a relatively short period of time. It becomes a very chaotic piece, but that’s part of the experience – it’s familiar and unfamiliar in the one breath. It’s a wonderful piece of work.”

Says Madon: “Personally, my favourite piece of work is ‘Swipe Night’ for Tinder because a great idea today is expected to leverage technology but also not lose sight of the emotional reward at the end of the engagement. It’s well executed and more importantly, its app function is at the core of the idea.”

“I was really excited to notice the Creative eCommerce category, as I work for Geometry, and eCommerce is a big part of our world. ‘Astronomical Sales’ for Mastercard stood out because of its ‘damn-I-wish-I-did-that’ simplicity and… well… stellar brand fit,” explains Gabriela Lungu, global creative director at Geometry UK and founder and creative lead at Wings Creative Leadership Lab, who also judged this category.

“‘The Burnt Christmas Tree’ has shock value. It makes a sharp point. It brings awareness and creates empathy. It’s timely and relevant. It generated a lot of money to help people who lost a lot of things to the fire. It’s a homerun. Good on the team who made it and the clients who ran it,” says Terence Leong, executive creative director at R/GA Shanghai, who judged these categories.

AD STARS has also revealed this year’s Grand Prix of the Year winners, which will both be awarded with a US$10,000 prize:
– Impact BBDO, United Arab Emirates for ‘The New National Anthem Edition’ for An-Nahar
– Serviceplan Korea: ‘Dot Translate: The First Braille Translator Based on AI’ for Dot Incorporation: Grand Prix of the Year – Public Service Advertising (PSA).

This year’s Special Award winners were: