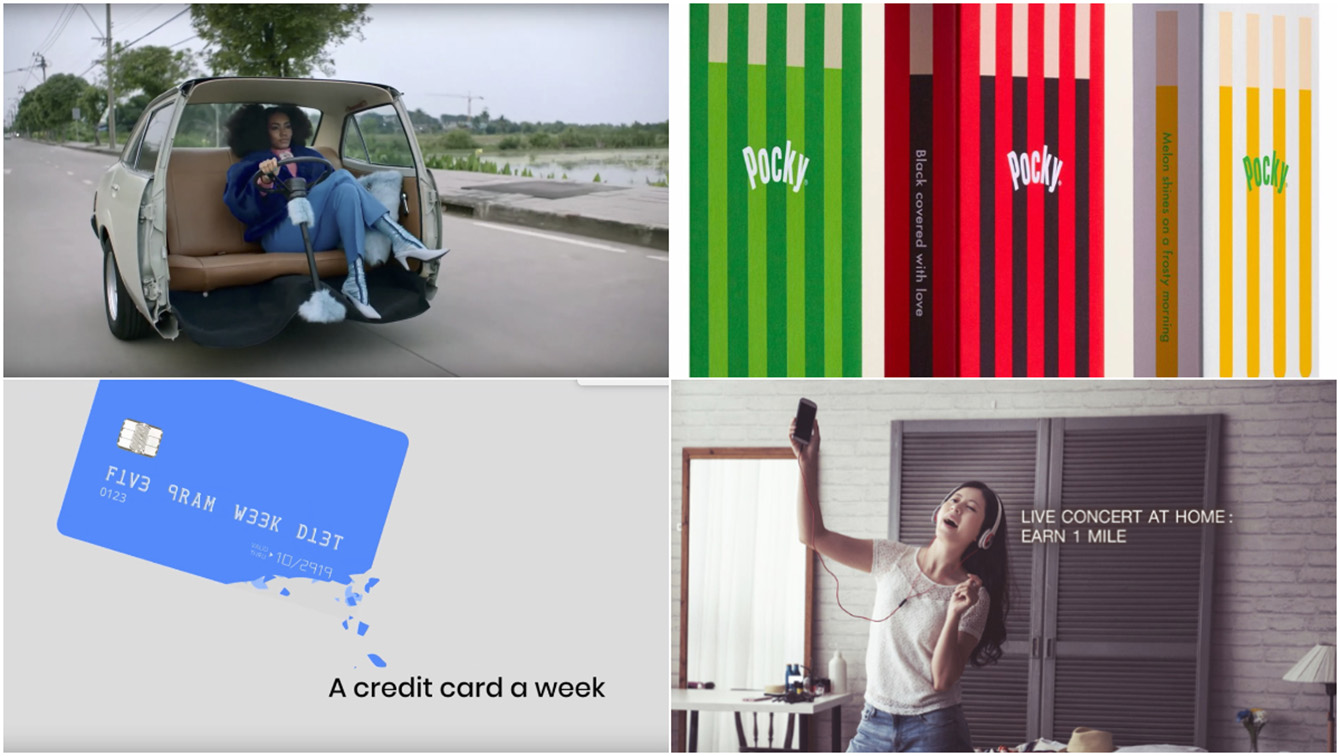 The big winners of the ADFEST 2021 Lotus Awards were announced moments ago at today’s online ceremony. With 62 jurors, the judging process was guided by Grand Jury President Judy John, Global Chief Creative Officer at Edelman, Toronto.

Jimmy Lam, President of ADFEST, said: “We would like to thank everyone who entered ADFEST 2021 in spite of the challenges we faced as an industry last year. We thank you for sharing your ideas with the world and for showing how in dark times, the most innovative creative ideas shine bright.”

ADFEST’s highest accolade is the ‘Grande’ trophy and only 4 of these Grande awards were awarded this year:

John Koay, Executive Creative Director at Ogilvy Hong Kong, judged Design Lotus and Print & Outdoor Craft Lotus, said: “2021 was hard for everyone and not just people in the creative industry. However, these winning pieces of work remind us that no matter how difficult it is, design and creativity can defy all odds and inspire us to have fun and do things differently with a twist in our everyday lives.”

Abhinav Tripathi, Executive Creative Director at McCann Worldgroup India, judged the Audio Lotus, Film Lotus, Outdoor Lotus & Press Lotus jury, said: “I think one of things we celebrated along with creativity was resilience. We were all amazed by the quality of the work we were seeing. Which really is a testament to our industry’s hard work and determination.”

AUDIO LOTUS
There were no Grande, Gold, Silver or Bronze awarded in the Audio Lotus category.

BRAND EXPERIENCE LOTUS
1 Gold, 4 Silver and 5 Bronze awards were handed out in the Brand Experience category.

“‘The Perfect Voiceovers’ was a brilliant idea to change people’s perceptions of shelter animals, and help these animals to be seen as desirable rather than leftover. With zero dollars spent on media, adoption enquiries increased by 21%. As for ‘Braun X Formosa Chang’, this unusual campaign aimed to change the traditional image of Braun and it caught young people’s attention. I love the beautiful art direction as well,” said Baris Gencel, Creative Director, Brand Consultant & Creative Digital & Technology, Shanghai. 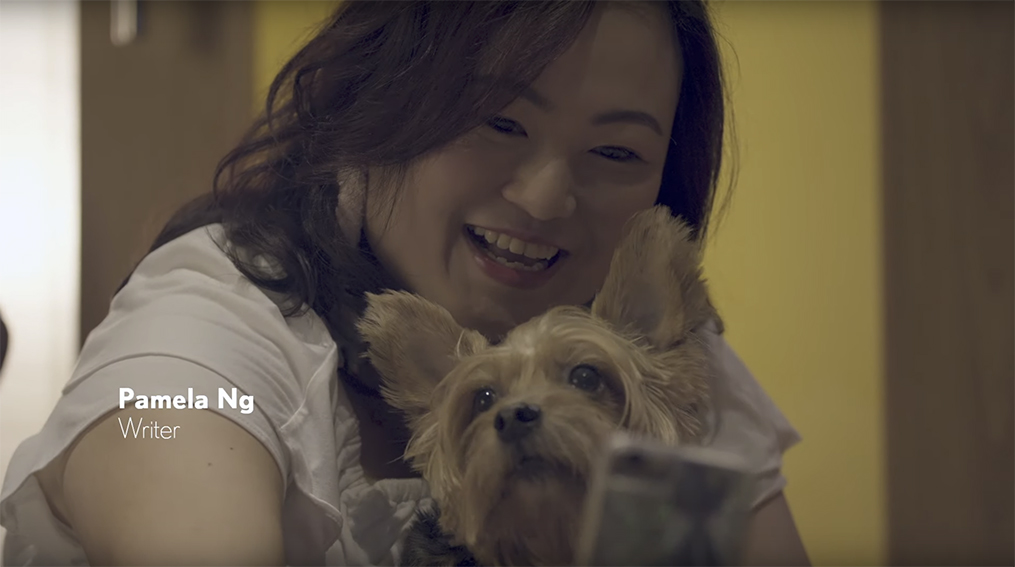 DESIGN LOTUS
There was 1 Gold, 2 Silver and 1 Bronze winners in the Design Lotus category.

“Everyone knows and loves Pocky. It’s an iconic product. And it’s very difficult to redesign the packaging of something that’s so well recognized. But Pocky was able to create a new look that was minimalist, modern, and playful yet still 100% Pocky. Plus, the new packaging is just cute AF,” said Jameilee Que, Creative Director at BBDO Guerrero, Manila.

John Koay, Executive Creative Director at Ogilvy Hong Kong, said: “‘A Ciphered Release of Music Video: Stray Sheep’ was a very interesting way to grab people’s attention online. Using an unconventional design language, it was fresh in the category – that’s why it was deserving of a Silver Lotus.” 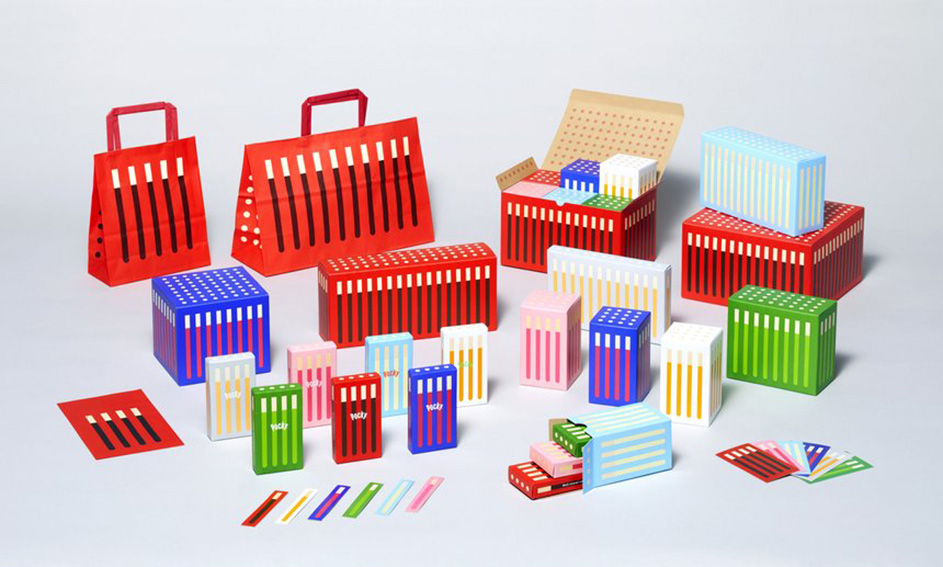 DIGITAL CRAFT LOTUS
This year, there are no Gold or Silver winners, only 4 Bronze winners in Digital Craft Lotus.

“Both of these campaigns showed us that in such a difficult period, people’s desire to do good for others was more effective and heart-warming,” says Kalpesh Patankar, Chief Creative Officer MENA, VMLY&R Dubai and Jury President of Digital Lotus, Digital Craft Lotus & Mobile Lotus.

“As a group, we were looking for ideas that sympathize with what we all face as humanity together. The winning campaigns use empathy, diversity and human-centric technology, showing us that creativity can really help people and also that bold ideas can make the power of the brand even more powerful.”

DIRECT LOTUS
There was 1 Grande, 1 Gold and 1 Bronze in the Direct Lotus category.

Wunderman Thompson Thailand, Bangkok won the Grande trophy for Thai Airways’ ‘Stay Home Miles Exchange’ along with one Gold trophy. This campaign was entered into the ‘Resilience in Creativity’ sub-category, which celebrates ideas that demonstrate the strength of the human spirit in the face of the Covid-19 pandemic.

“By showing people how much plastic we eat, it compelled them to sign one of the fastest and largest petitions ever created in WWF history. Tuna Scope goes beyond clicks and likes – it was an amazing piece of work where innovation combined with creativity delivered simple yet brilliant work that still and will be used for years to help businesses,” said Baris Gencel, Creative Director, Brand Consultant, Creative Digital & Technology, Shanghai.

“All winners show that taking smart humor to the next level, even if it borders on something somewhat absurd, actually helps a great deal to stand out and get a message across. A great creative concept is one thing, but to push it to its extremes in its craft and execution, makes all the difference,” said Diederik van Middelkoop, Executive Creative Director at Amp.Amsterdam.

“My absolute favourite was the ‘Too Short for TV Ads campaign’. I feel they are like a breath of fresh air amidst a lot of serious and long-format content. The ads that make up the campaign are original, short, daring, unexpected, delightful and mildly absurd. They are perfect, really.”

“We often use the word ‘clutter-breaking’ in our industry. But I feel this time, this film truly deserves that title. It stands out in so many ways. It’s either a fashion film that uses humor really well, or it’s a funny film that’s incredibly fashionable. Either ways, it breaks multiple stereotypes while being able to deliver its message very effectively,” said Abhinav Tripathi, Executive Creative Director at McCann Worldgroup India.

Brandie Tan, Executive Creative Director at Wunderman Thompson Philippines, Manila, agrees: “’Shop Unfriend’ was probably the freshest story out of all the films we saw. When the friend drives away with half of the car you think it’s the end of the story but, it’s not. This makes the film unexpected, funny and worth watching over and over.”

MEDIA LOTUS
In the Media Lotus category there were 1 Grande, 2 Gold, 4 Silver, and 2 Bronze awarded.

MOBILE LOTUS
In the Mobile Lotus category there was 1 Gold, 1 Silver and 2 Bronze awards handed out.

“Thai Airways helped reinforce the brand at a time when nobody was flying. It showed how something negative can become a strength by rewarding people for staying home. Creativity when applied right inspires and moves us all,” explains Jury President Kalpesh Patankar, Chief Creative Officer MENA, VMLY&R Dubai.

NEW DIRECTOR LOTUS
In the New Director Lotus category, there is 1 Silver award, and 1 Bronze award.

The Silver trophy is awarded to Graph Studio Sdn Bhd, Kuala Lumpur for a short film titled ‘Setting Moon’, created for the Kancil Awards 2019, hosted by the 4AS (Association Of Accredited Advertising Agencies) Malaysia.

“This unusually spiritual and mystical topic choice is especially unexpected for a young director. We were impressed by the sincerity of the subject, and the love and care director Chan Teik Quan has put into the film. We all eventually say goodbye to our loved ones, and this film is a highly original depiction of an imagined road to farewell,” explains Diederik van Middelkoop, Executive Creative Director at Amp.Amsterdam.

OUTDOOR LOTUS
In the Outdoor Lotus category, there were 1 Gold, 4 Silver and 3 Bronze awards.

Leo Burnett, Melbourne picked up a Gold trophy for the Bonds ‘Bonds Out Now’ campaign.

Brandie Tan, Executive Creative Director at Wunderman Thompson Philippines, Manila, said: “‘Bonds Out Now’ was a true Outdoor campaign. It communicated from afar with big bold letters, a short headline and beautiful portraits of real people. It looks and feels authentic the second you see it.”

PR LOTUS
In PR Lotus, there were 3 Gold, 4 Silver and 7 Bronze awarded.

PRESS LOTUS
In the Press Lotus category, there were 1 Silver and 1 Bronze winners.

“‘Burger & Me’ stood out for its quick wit – its cleverness. There is a truth about how people love McDonald’s burgers and the agency was able to show this in a fresh new way. I’m not the first to say this: the best ads don’t look like they belong in their category and this places QSR in another mindspace,” says Brandie Tan, Executive Creative Director at Wunderman Thompson Philippines, Manila.

“A burger is convenient. It’s quick, it’s easy, you can eat it with one hand. It’s a very unfussy food. To see it depicted as a love interest, a sex object even, genuinely made me laugh. In a good way. I can honestly say I’ve never seen a burger that way,” said Jameilee Que, Creative Director at BBDO Guerrero in Manila.

John Koay, Executive Creative Director at Ogilvy Hong Kong, agrees: “This piece of work is a fine example of a classic print ad done well. You look at it, then it hits you with the ‘ah-ha’ moment when you realise you’re looking at something else, the product. Nice one.” 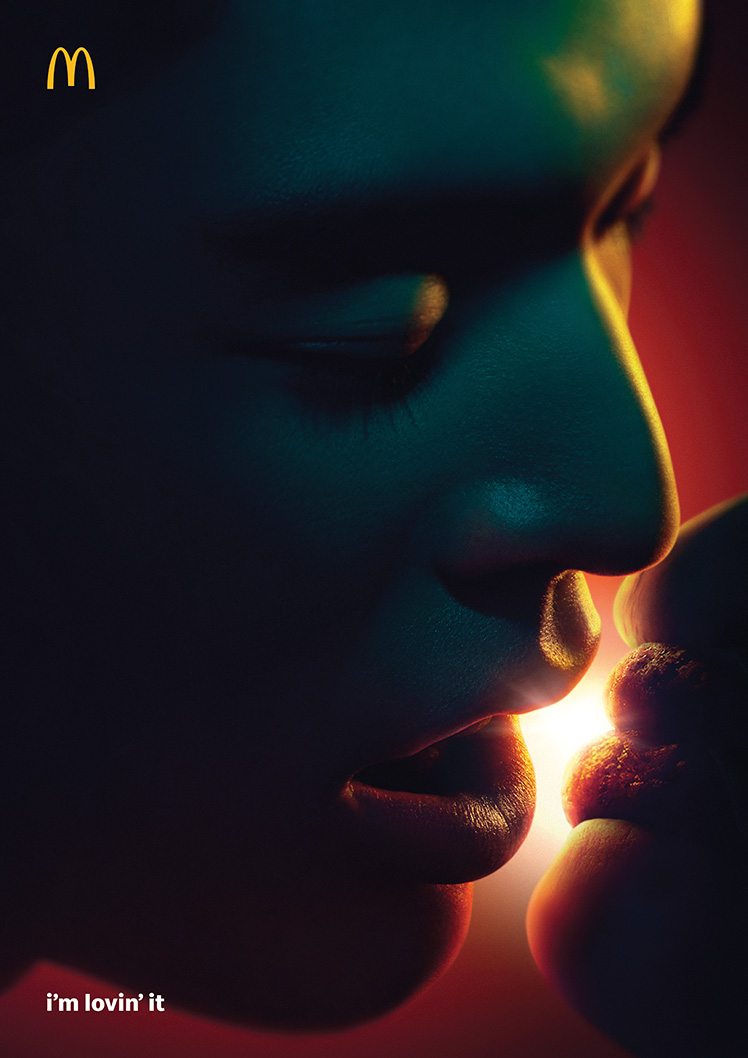 GRANDE FOR HUMANITY
The Grande for Humanity, which recognizes excellence in Corporate Social Responsibility or Public Services & Cause Appeals, was awarded to Leo Burnett Melbourne for ‘Bonds Out Now’, created for Bonds.

“It’s very hard to balance capitalism with a social point-of-view. I think we all loved how effortlessly this campaign managed to do that. It uses well established formats of advertising to proudly celebrate and encourage the LGBTQ community. For a big brand, that was a pretty bold move and it was executed with class,” says Abhinav Tripathi, Executive Creative Director at McCann Worldgroup India.