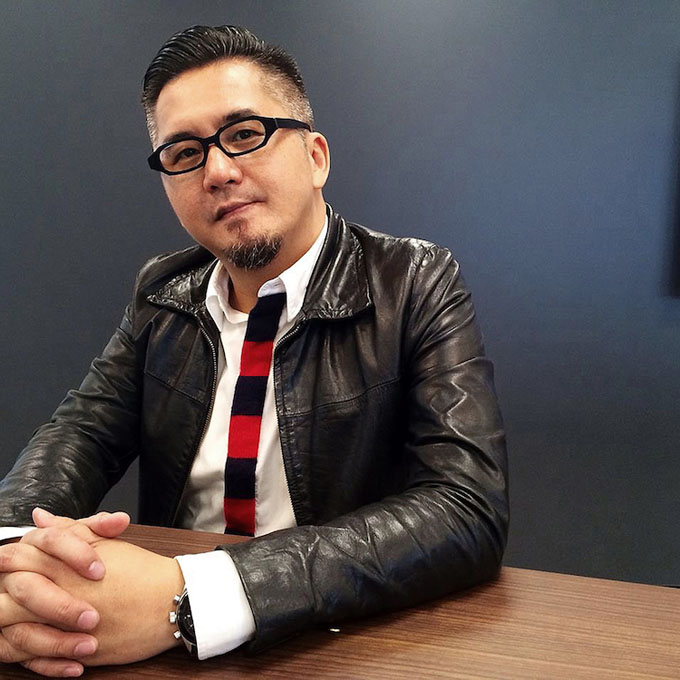 For the fourth time in a row the Campaign Brief Asia Taiwan Creative Rankings shows ADK Taiwan sitting at #1 in top position in Taiwan.

The 2020 Campaign Brief Asia Creative Rankings have been tabulated from creative award wins at the 11 award shows that we include over, due to the impact of Covid, a rolling two and a half year period. Our calculations this year start from AdFest 2018 (March 2018) through to Campaign Brief’s The Work 2020 (in June 2020).

In the Taiwan Creative Rankings ADK has continued their award-winning form over the past 2 years, earning 1080 Ranking points to place them at #1 in Taiwan and inside Asia’s top 25 Creative Agency table. ADK Taiwan’s creative department is lead by chief creative officer Richard Yu (pictured above).

Leo Burnett Taiwan fell only 80 Creative Ranking Points short to finish in #2 position and also in the Asia top 25 Creative Agency table. Importantly, it should be noted that over 2019 Leo Burnett Taiwan are on the rise and are very quickly closing the gap on ADK. In fact over the past 16 months Leo Burnett Taiwan has outperformed ADK at the award shows.

It’s a great credit to the drive and ability of Leo Burnett’s recently deceased CCO, Murphy Chou, that for the second Creative Rankings in a row the Taiwan agency is the Leo Burnett network’s most awarded office in Asia. Tragically, Murphy died last week after a battle with cancer but his creative influence in the Taiwan market will hopefully live on through the department he has trained and also industry friends that have recognised and appreciated the high standards he has achieved.

Ogilvy Taiwan continues to be a great creative performer in the market and retains #3 position in Taiwan with 610 Creative Ranking Points.

Rising from #9 in 2018, Wunderman Thompson Taiwan leaps into #4 position after a good creative performances over the past 2 years.

Dentsu Taiwan finishes in #5 position followed by Dentsu One Taiwan in #6th.

Over the next 10 days Campaign Brief Asia will be releasing these country by country results of the 2020 Creative Rankings, before releasing the complete tables and Asia Rankings as a 80 page magazine downloadable pdf.

The Campaign Brief Asia Creative Rankings were introduced 25 years ago (1995) to tabulate Asia’s most creative agencies and individual creatives, based on award winning performances over a two year period at the top global and regional award shows. 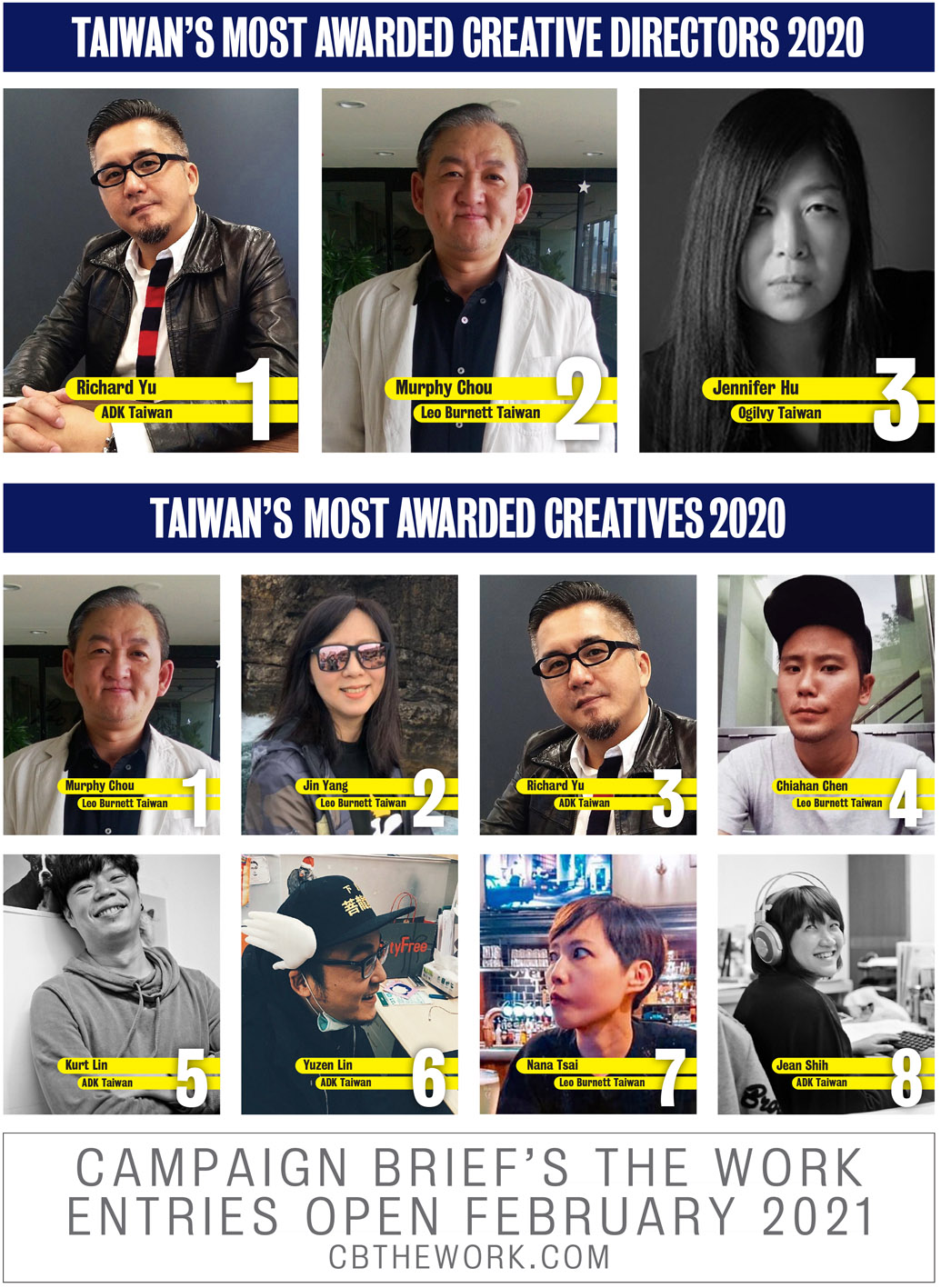 In a fitting tribute, the top ranked individual creative in Taiwan is Murphy Chou. It’s the second time in a row that Chou has ranked #1 after rising from #10 in 2017.

In #2 position on the ranking of award-winning creative working in the Taiwan industry is Leo Burnett’s Jin Yang. Their highly lauded China Airlines “Souvenirs from Travel” was the agency’s star performer, and remains Campaign Brief Asia’s fovourite commercial from Asia over the past 12 months

ADK Taiwan’s CCO Richard Yu is ranked #3 just ahead of Leo Burnett’s Chiahan Chen, who has risen from #49 position last ranking to #4 this year. 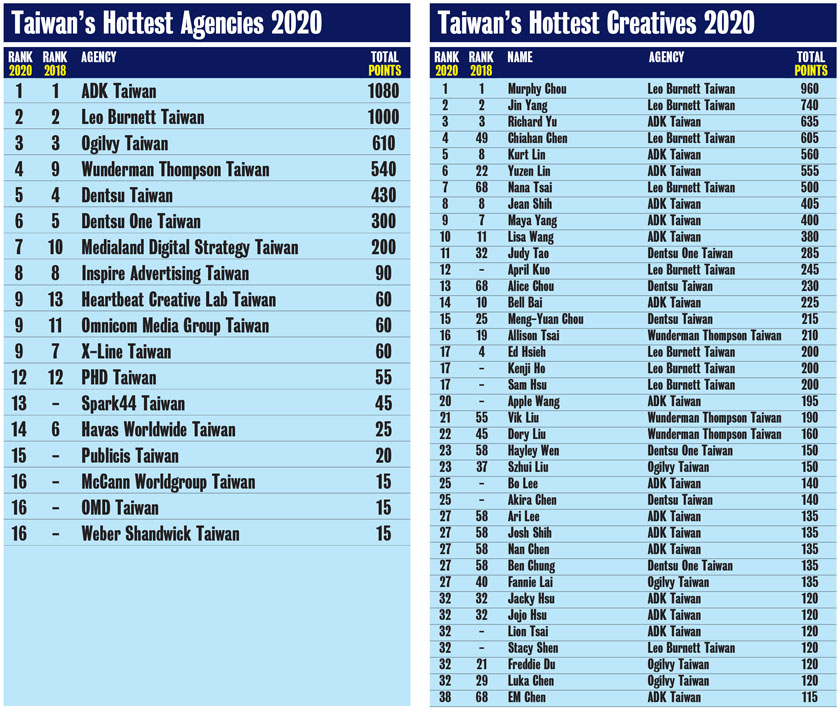