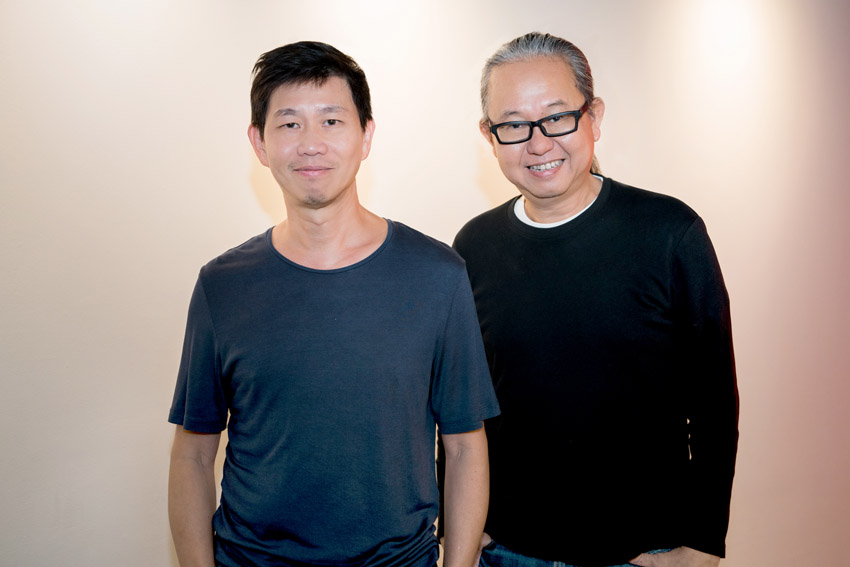 Thailand’s best performing agency again this year is Ogilvy Group. This is the third Creative Rankings in a row that they have topped the Thailand rankings and deservedly are named Thailand’s 2020 Creative Agency of the Year.

Ogilvy has had a huge 2 years of success at the global and regional award shows accumulating 3110 Creative Ranking points. Over the past two years they have picked up multiple awards at Clio, London International Awards, D&AD, AdStars, One Show, Campaign Brief’s THE WORK, AdFest and Spikes Asia.

Ogilvy Thailand’s great success sees the agency once again rank in the overall Top 5 Agencies in Asia – the third Creative Rankings in a row, having already achieved this high position in 2018 and 2017.

After two years at #4 position TBWA Thailand has moved up one spot to #3 with 1450 Creative Ranking points.

Filling out the Top 10 in Thailand is Rabbit Digital Group (#8), Dentsu One Bangkok (9) and SOUR Bangkok (10). It is SOUR’s first year in the Campaign Brief Asia Creative Rankings tables.

Over the next week Campaign Brief Asia will be releasing these country by country results of the 2020 Creative Rankings, before releasing the complete tables and Asia Rankings as a 80 page magazine downloadable pdf. The Campaign Brief Asia Creative Rankings were introduced 25 years ago (1995) to tabulate Asia’s most creative agencies and individual creatives, based on award winning performances over a two year period at the top global and regional award shows. 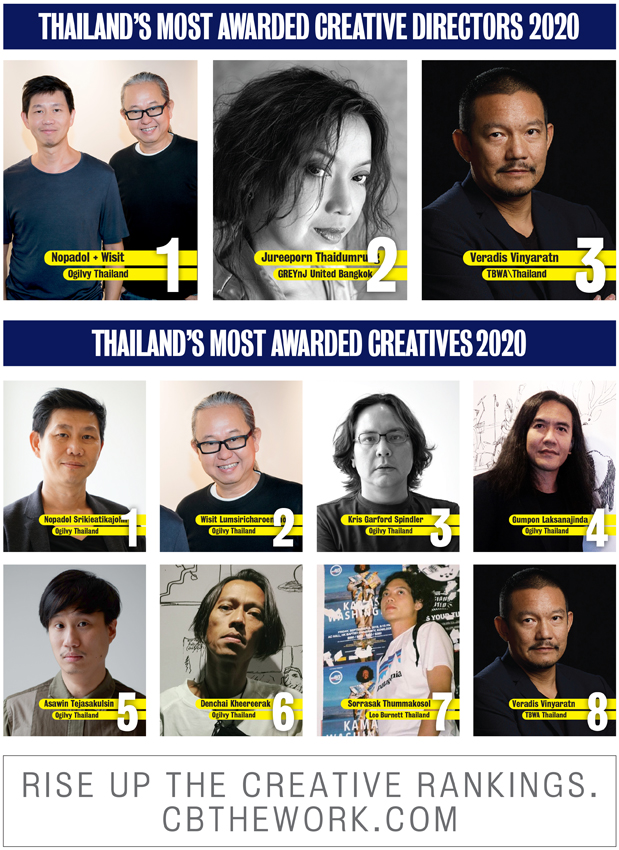 Ogilvy’s Nopadol Srikieatikajohn and Wisit Lumsiricharoenchoke both moved up from equal #2 in 2018 to equal #1 position with 3125 Creative Ranking points each.

Kris Garford Spindler was again a strong performer in the #3 position overall, after spending the 2017 and 2018 Creative Rankings in #1 position.

Ranking at #4 Gumpon Laksanajinda continues his rise up Thailand’s Hottest Creatives leaderboard after finishing 2018 and 2017 in #10 and #25 positions.

Ogilvy’s Asawin Tejasakulsin has 1530 points, 10 Creative Ranking points ahead of fellow Ogilvy creative Denchai Kheereerak which rounds out Ogilvy’s impressive past two years ranking them at #5 and #6 respectively,

One of this year’s top improvers is former GREYnJ United creative Sorrasak Thummakosol who moves up 28 spots to rank at #7. Thummakosol is now with Leo Burnett Thailand.

Veradis Vinyaratn, TBWA’s chief creative officer ranks at #8 with 1510 Creative Ranking points. Interestingly, there is only 25 points separating #5 and #8 positions this year

Former GREYnJ United’s Vanalee Kraivaree and Shanya Jiwachotkamjorn, who have recently moved to Ogilvy, round out the Top 10.

One of the biggest movers up the table in Thailand is TBWA’s Thananwatch Vipassuwan who comes from outside 2018’s top 100 to move into #18 position. 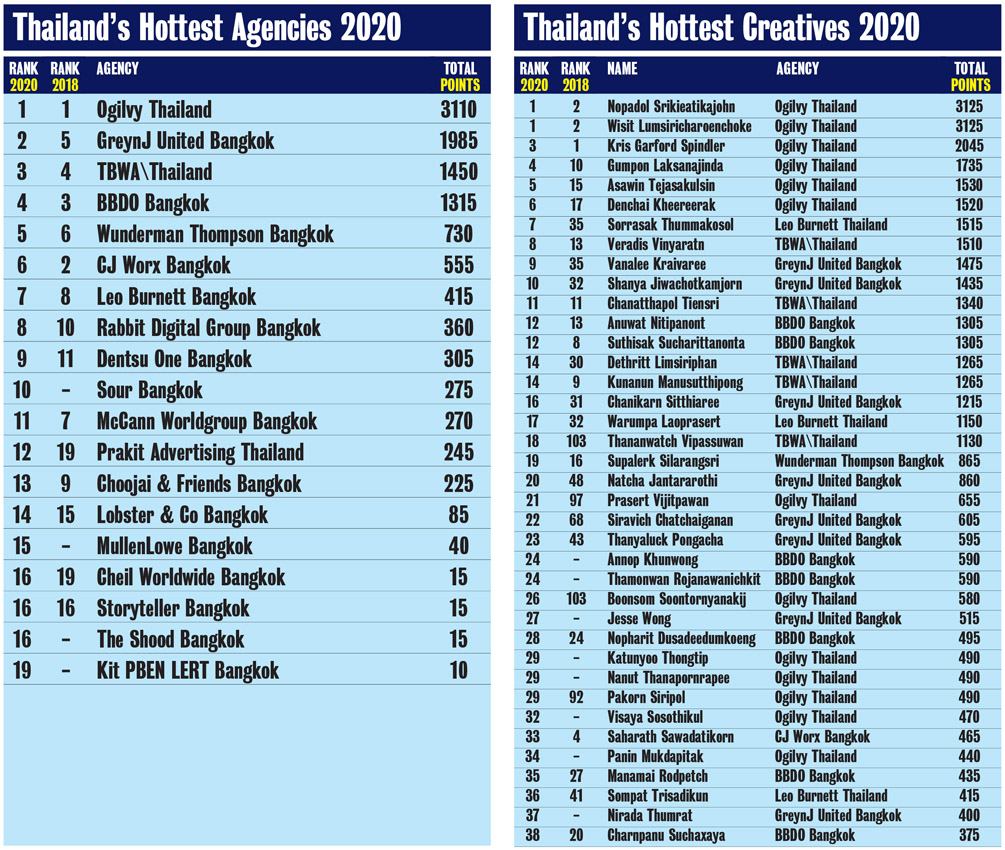