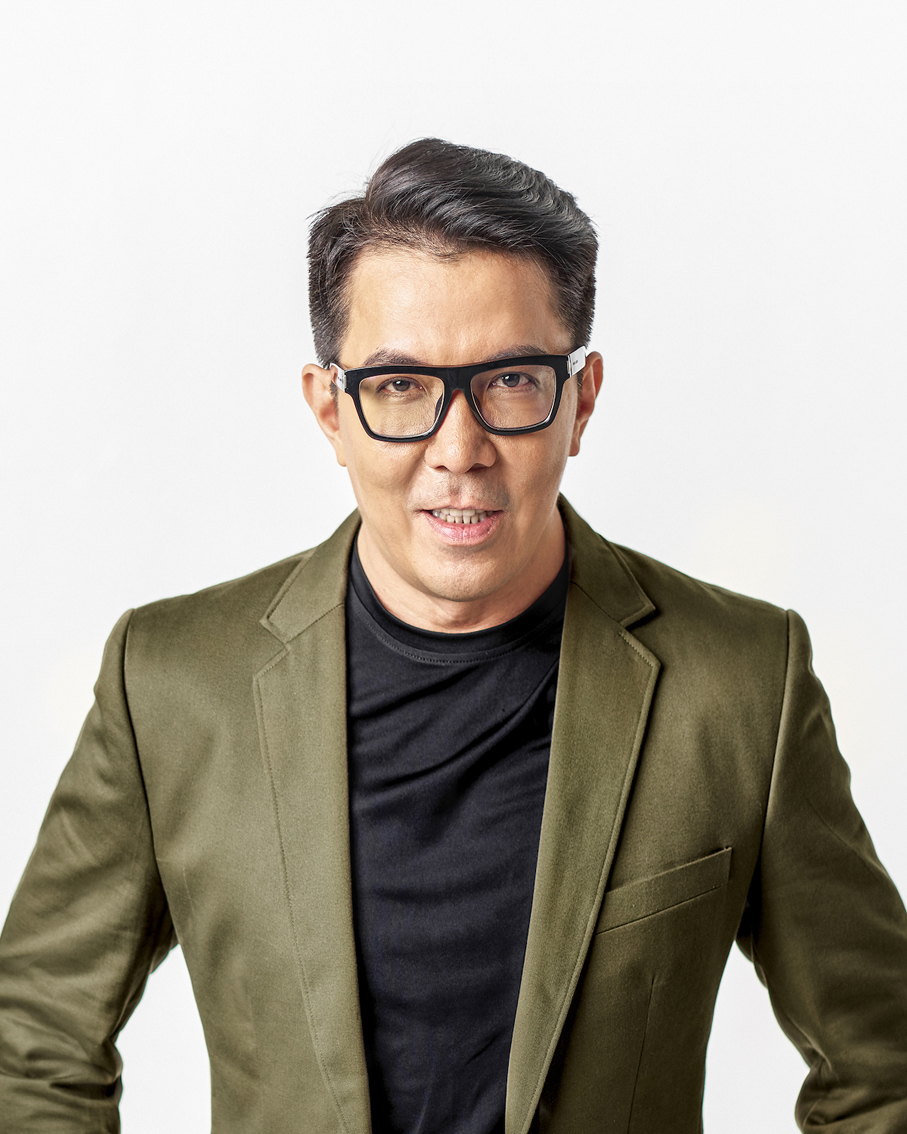 TBWA\Santiago Mangada Puno has once again topped this year’s Campaign Brief Asia Philippines Creative Rankings. It’s the fourth time in a row that the agency has lead all others in creative award winning performance.

This year Dentsu Jayme Syfu has moved up one place to #2 in The Philippines. Another consistent award-winner, Dentsu Jayme Syfu stared at Clio, Cannes Lions, AdFest and London International Awards in 2018 and is always a dominant performer in Campaign Brief’s THE WORK.

The big improver this year is Petch & Partners who move up from #8 position to #3. With most of their award wins over the past 16 months the agency is set to improve further next year. Petch & Partners performed very well in Campaign Brief’s THE WORK 2020 and at AdFest and New York Festivals.

Part of the DDB network, Petch & Partners’ significant performance is largely responsible for the DDB network’s improvement in this year’s Network Creative Rankings.

Over the next 10 days Campaign Brief Asia will be releasing these country by country results of the 2020 Creative Rankings, before releasing the complete tables and Asia Rankings as a 80 page magazine downloadable pdf. The Campaign Brief Asia Creative Rankings were introduced 25 years ago (1995) to tabulate Asia’s most creative agencies and individual creatives, based on award winning performances over a two year period at the top global and regional award shows. 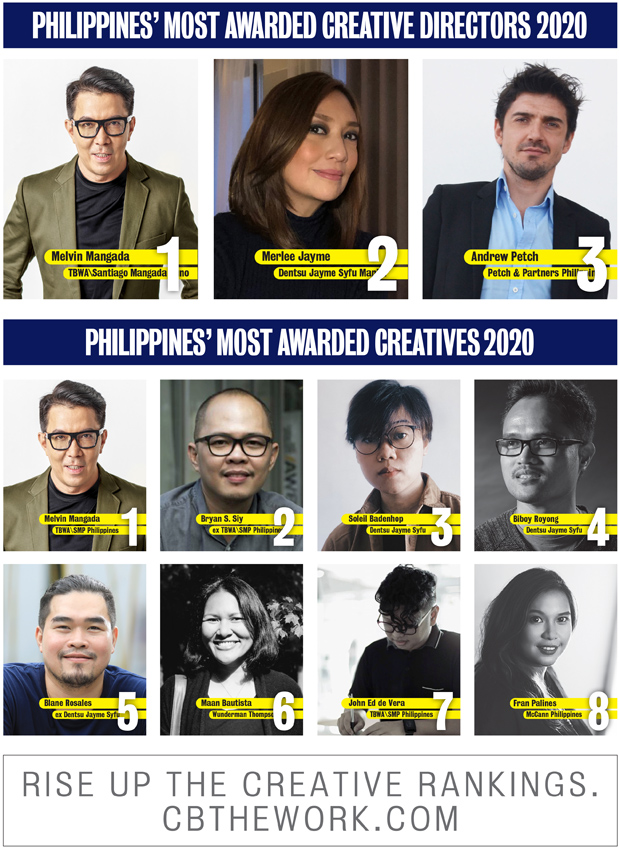 TBWA\Santiago Mangada Puno’s chief creative officer Melvin Mangada is the star of the Philippines individual Creative Rankings having jumped up fourteen spots from #15 in 2018 to #1 this year. His 1320 Creative Ranking points places him in Asia’s overall Top 25 ranking.

At #2 is TBWA\Santiago Mangada Puno’s former ECD Brian S. Siy, who left the agency earlier this year. Siy’s 950 points is slightly in front of Dentsu Jayme Syfu’s Soleil Badenhop, who, with 920 points, moves up from #7 in 2018 to #3 position this year.

Petch & Partners’ Rachel Villanueva and Jereek Espiritu are star performers this year with Villanueva moving up from #21 to #9 and Espiritu ranking at #11, after not being placed at all in 2018. 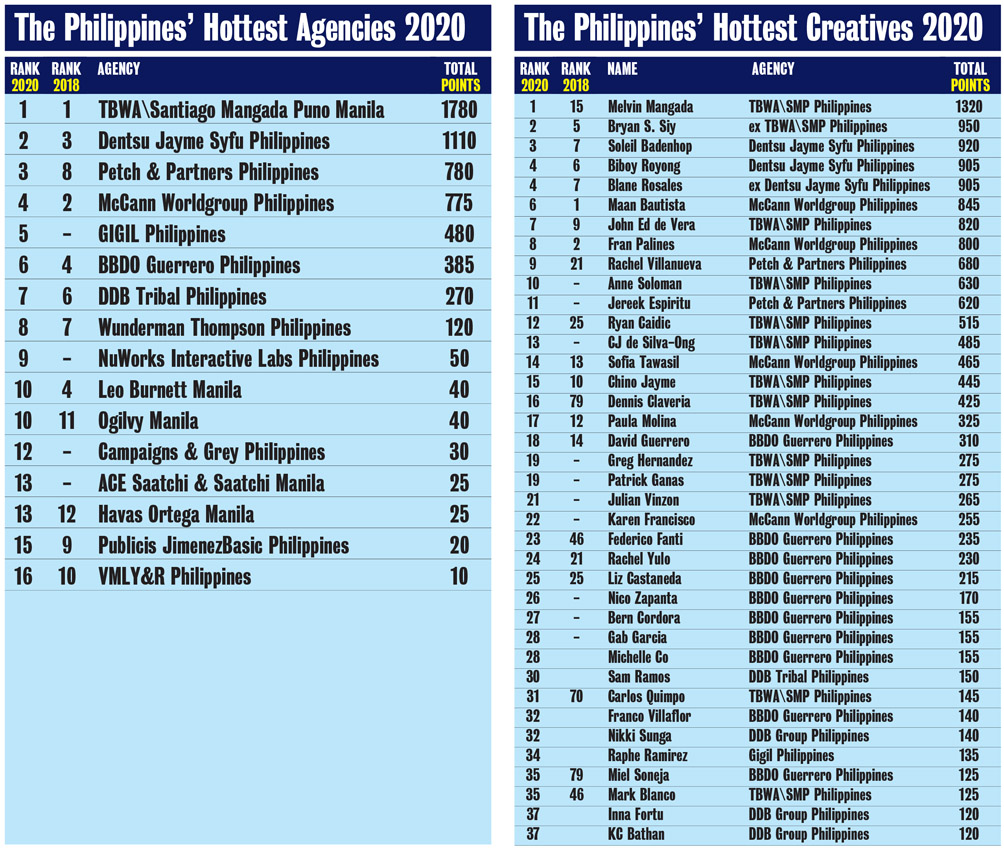