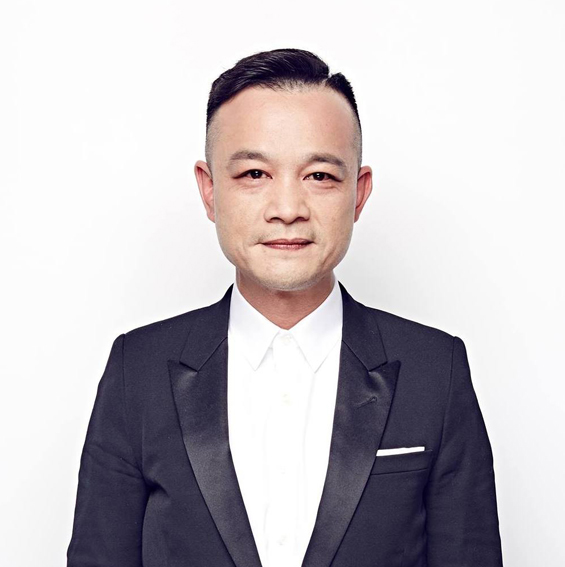 Cheil Worldwide Hong Kong’s creative record at award shows over the past three years is nothing short of amazing. In 2016 and 2017 Ogilvy was the hottest agency in Hong Kong, however Cheil took over #1 in 2018 with 2185 Creative Ranking points and this year managed to improve even further with 3395 points.

In 2018 Cheil scored 1095 points across all 11 shows with stand-out performances at One Show, Campaign Brief’s The Work, New York Festivals, London International Awards and AWARD Awards.

In 2019 the agency’s haul was 1335 points across 10 of the 11 shows (only missing out at One Show). The enjoyed strong performances at Cannes Lions, AdStars, Campaign Brief’s The Work, New York Festivals and London International Awards.

In the shortened 2020 awards season that only includes 5 shows the agency amassed 965 points from D&AD, One Show, New York Festivals, Campaign Brief’s The Work and AWARD Awards.

In 2019 they scored 435 points across One Show, AdFest, Clio and London International Awards. 2020 has not been as productive with just 25 points.

Wunderman Thompson improve their 2018 position by one place ranking at #5, closely followed at #6 by Leo Burnett (unplaced last year). 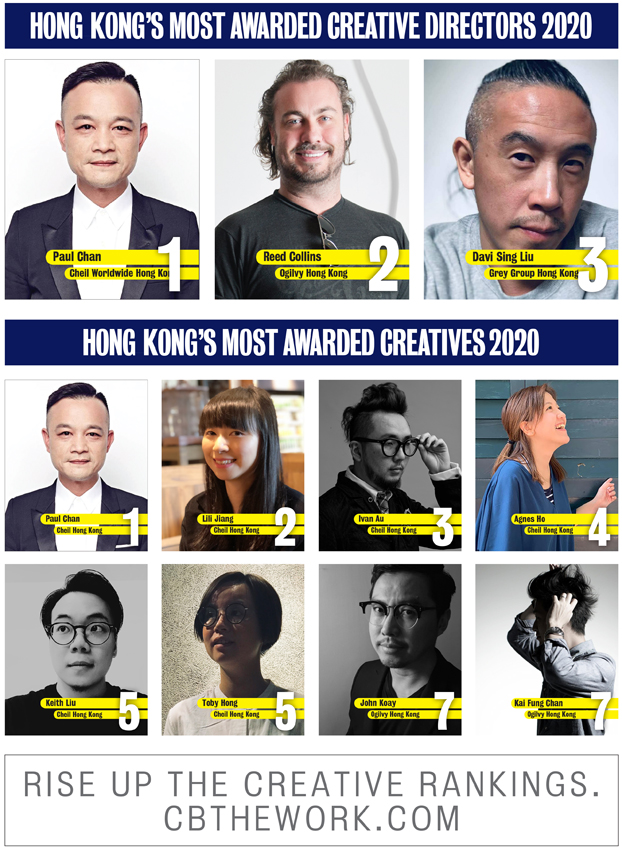 In 2020 not only do Cheil Worldwide creatives fill the top six positions in Campaign Brief Asia’s Hong Kong’s Hottest Creatives Rankings, they also fill an amazing 13 of the top 15 places on the table.

Leading the way is Chief Creative Officer Paul Chan, who makes it three consecutive Creative Rankings in a row in the #1 position in Hong Kong. Chan has a huge 4045 points having also picked up points from work he helped create from the Cheil Worldwide Beijing agency.

Entering the Hottest Creatives Ranking for the first time at #4 with 1440 points is Agnes Ho.

Cheil creatives then rank #9 to #15 with Creative Rankings newcomers Elsie Lau and Tatiana Le performing well to take out the next two spots on 1205 & 1160 points. Wilson Ang and Joe Harris both improve on their 2018 rankings and first timers Edmond Leung, Max Fung and Sam Chow all make up Hong Kong’s Top 15. 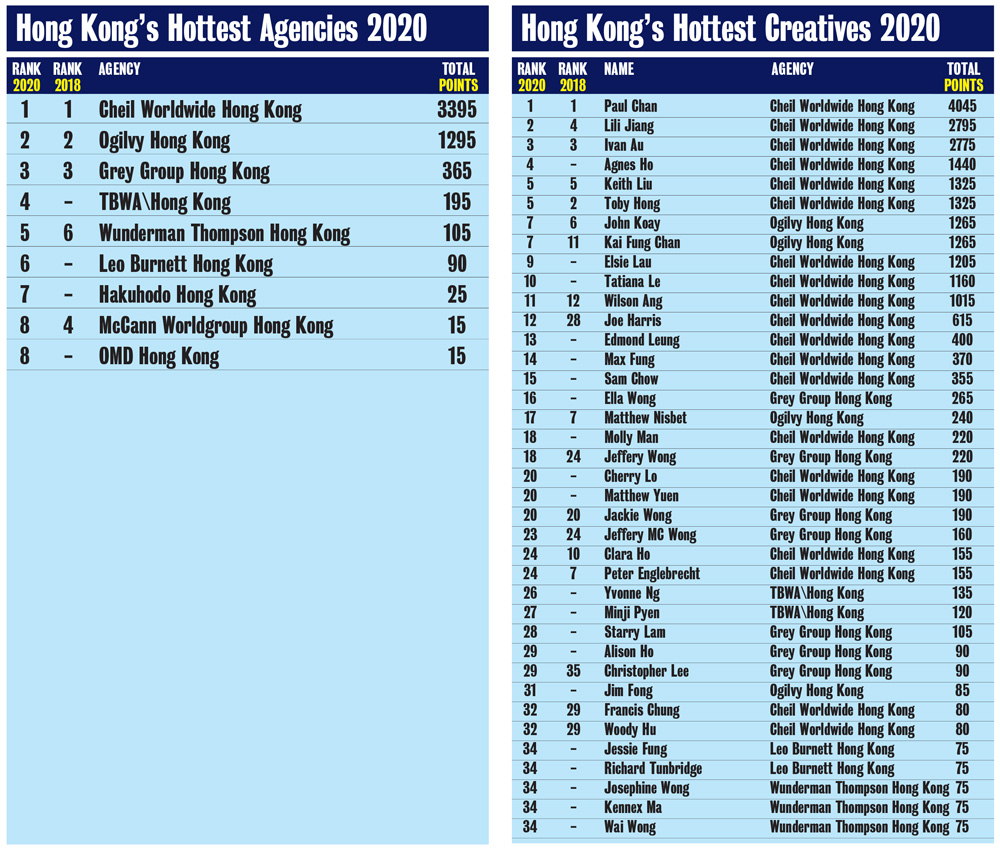