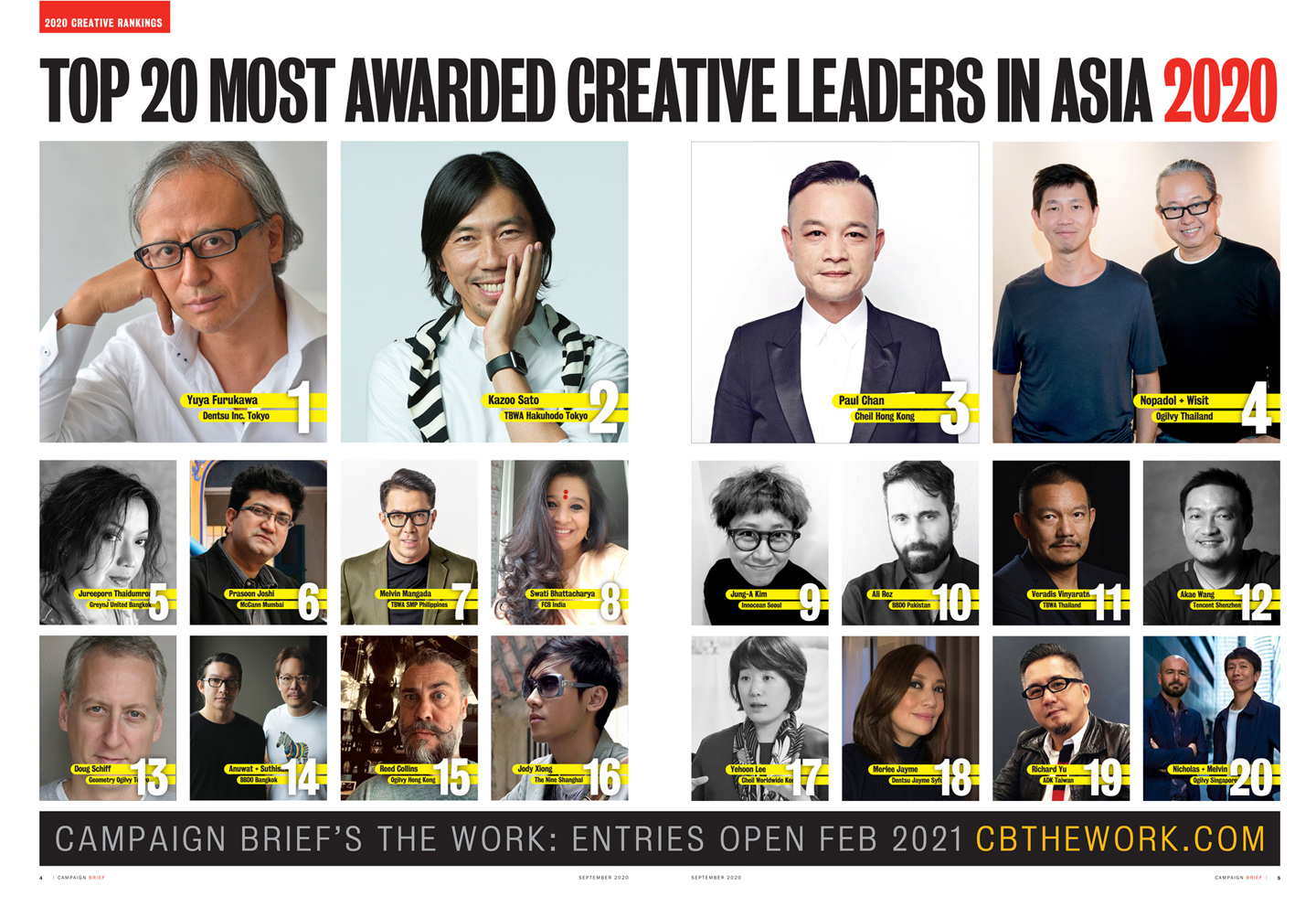 We are now down to the business end of the 2020 Campaign Brief Asia Creative Rankings – the overall ranking of the most awarded 25 agencies in Asia.

The 2020 Campaign Brief Asia Creative Rankings are based solely on creative performances over the March 2018 to July 2020 period. If you win an award at one of the award shows we include in the Creative Rankings – you pick up points.

227 different agencies managed to win awards from March 2018 to July 2020 and are ranked this year.

2020, as we all know, is rather “unique”. Due to Covid-19 we have had Cannes Lions, AdFest, Spikes Asia, London International Awards, Clio and AdStars either postponed or cancelled. Only 5 shows were held from January 2020 to July 2020 – D&AD, One Show, AWARD, Campaign Brief’s The Work and New York Festivals. These 5 shows plus all 11 award shows from from both 2018 and 2019 are included in these Creative Rankings. This means the 2020 Creative Rankings represent the results of 27 different award shows.

TBWA\Hakuhodo Tokyo is again ranked #2 with 3980 points. In 2018 TBWA\Hakuhodo ranked #2 and trailed Dentsu by 1995 points however this year they closed the difference to less than 400 points.

Cheil Worldwide Hong Kong had big gains this year and move up two places to #3 with 3395 Creative Ranking points.

McCann Worldgroup Mumbai is down two places to #6 and looks set to fall further next year.

TBWA\Santiago Mangada Puno Philippines has improved even further on 2018, moving up four places to #7. In 2016 the agency ranked #24.

Innocean Worldwide Seoul is another outstanding performer this year, moving up 14 places from #33 to #9 this year.

TBWA is the #1 ranked Network in the 2020 Campaign Brief Asia Creative Rankings.

Full results of the 2020 Creative Rankings will be released tomorrow as an 80 page downloadable magazine.