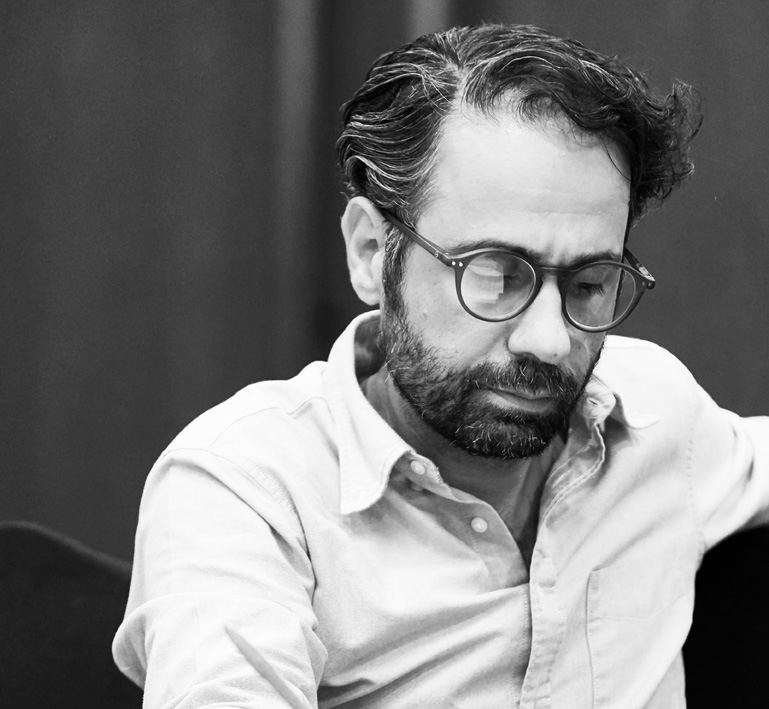 Which ads make you green with envy? A simple question Campaign Brief Asia is putting to some of the region’s most talented creatives and creative directors while they’re all working from home during these Covid-19 times. Here Ali Rez, Regional Executive Creative Director at Impact BBDO Middle East and Pakistan details the campaigns that have touched him.

What’s your favourite campaign globally from the past decade?
Come on, that’s like asking what my ONE favourite song or beer is: impossible! So here’s four. In order to make this rather tough selection, I went with campaigns that are crazy enough to presumably have been a difficult one to sell or make, which of course is usually half the battle.

Palau Pledge
Love it when a new touch-point is found: who would’ve thought of a visa stamp? What I admire most about this work is that it is a dialogue: by signing the pledge, you become a piece of the design.

#OptOutside
It is no longer enough to just say it; you have to, in the words of Gandhi, become the change you want to see in the world. REI did exactly that.

Home Plus Subway Virtual Store
It may seem old now, but when they launched it, I was blown away. Technology in advertising is at its coolest when it makes you keep performing an old behaviour in a new manner.

Burning Restaurants
Good print is still the toughest thing to make. This campaign is a remarkable storyteller. And best of all, it’s authentic in its construction. A fast food ad that is authentic! 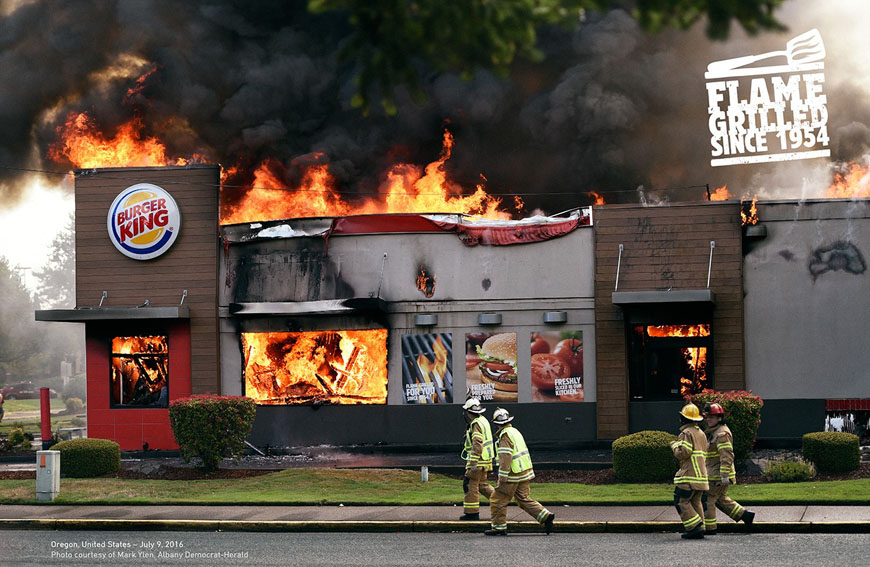 What’s your favourite campaign from your home country?
I have two home countries: Pakistan and the USA. For Pakistan, in 1968, the very awesome writer-art director duo of Javed Jabbar and Majeed Ahmed wrote a fantastic tourism ad, the wit of which, I think to this day hasn’t been bettered in the country.  For the USA, the only thing that comes close to Apple’s 1984, is Nike’s Dream Crazy. Both for their audacity. 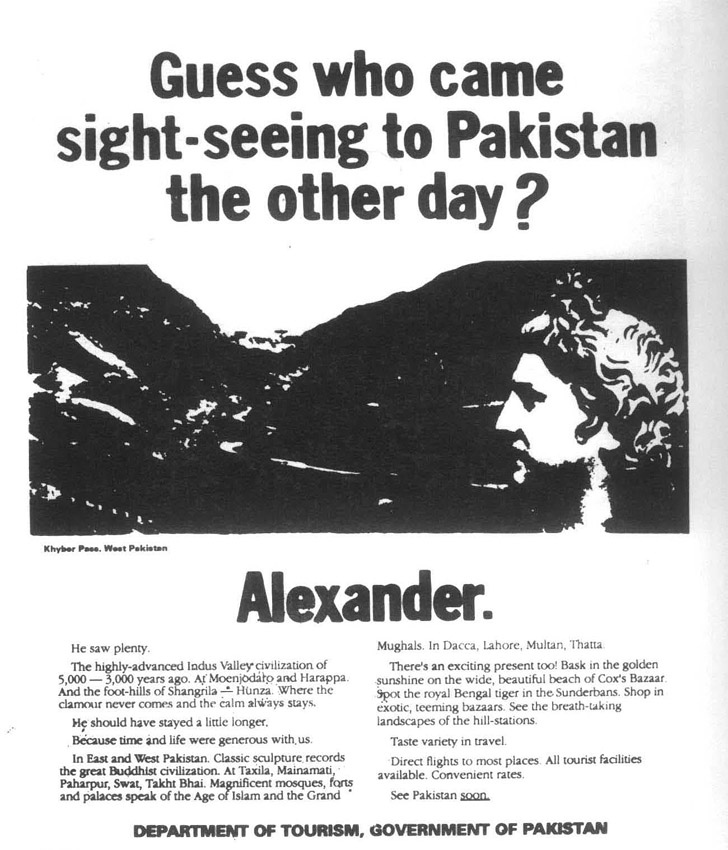 What’s your best or your favourite campaign that you have personally been involved with over your career?
Scorcese once said that “The most personal is the most creative.” ‘Not A Bug Splat’ came from a deep place in my heart. And will always be the most special one. 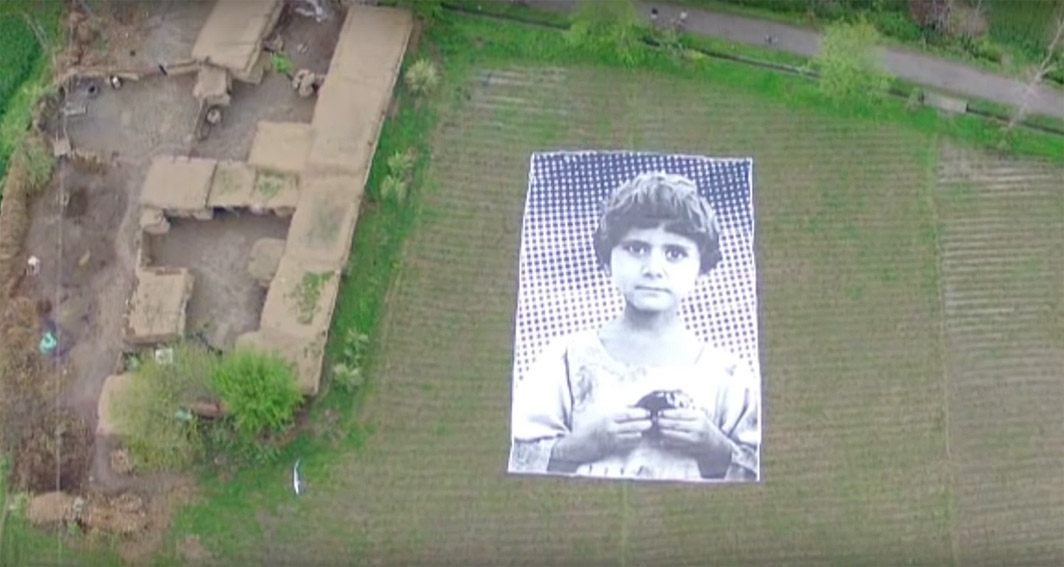 What’s keeping you busy right now? What’s the best thing about being in isolation and working from home? What’s the down side?
Before COVID-19 hit, I was on a flight almost every week, to the point where I considered putting down “Emirates Airlines” as a domicile. It’s lovely spending time at home now, and I’m thankful to not be away from family. The downside is of course not knowing when to shut off work. Other than trying not to zone out on video concalls, I’m busy these days teaching my toddler how to poop in the toilet. Which is as difficult as selling a crazy campaign.

After graduating in Physics and having numerous mountain-biking accidents, Ali Rez decided to try advertising. Following successful stints at Y&R and Goodby Silverstein Collaboratory in San Francisco, Rez moved to Asia and has since become one of the most prolific award winners on the continent for BBDO.

Ranked amongst the Global Top 20 ECDs and No.1 ECD in APAC on the 2020 World Creative Rankings, Rez has also been named South Asia Creative Person of the Year by Campaign magazine. Under his creative leadership for the MENAP region, BBDO Pakistan has transformed into one of the 20 most creative agencies in the world, and in 2019 was ranked No.4 in APAC on the Cannes Lions rankings.